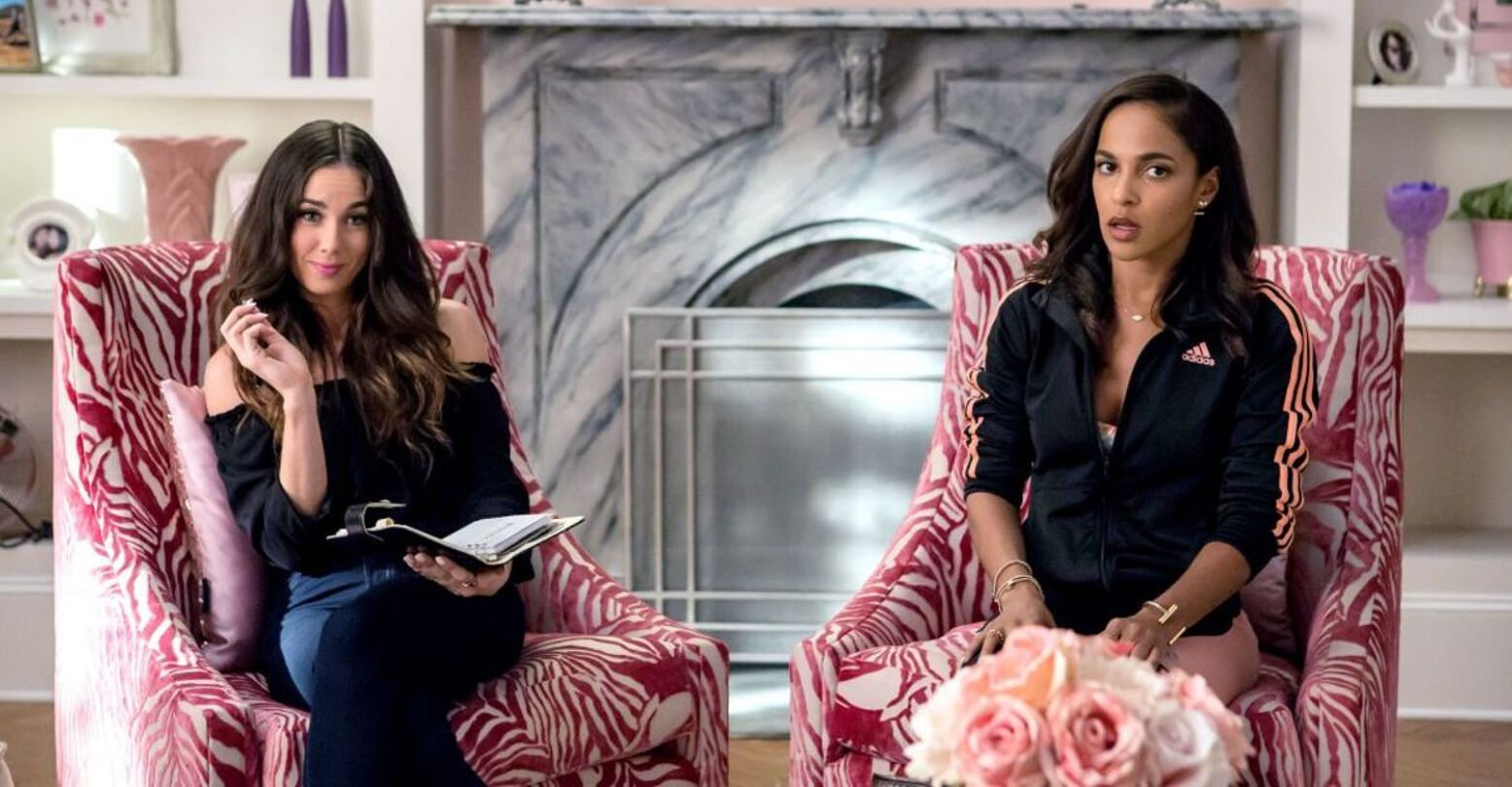 Last week, Netflix released its new original female-centric comedy Step Sisters, which was produced by Emmy-award winning writer and queer heartthrob Lena Waithe. The team behind the movie was stacked: Step Sisters flaunted the director of Drumline, the choreographer behind Pitch Perfect, and the out gay producer of of Insecure (Ben Cory Jones). It seemed like the stars aligned to create the perfect concoction for a movie about sorority sisters and step battles. Plus, the movie promised a cast of powerful black, female characters and very real, teachable moments on cultural appropriationand it definitely delivered on all of these pledges.

However, I’d be remiss if I didn’t mention its disappointing lack of queerness. With an ensemble cast of college women, the movie was overflowing with queer potential, and its protagonist even identified as “mostly heterosexual.”

Megalyn Echikunwoke stars as Jamilah, the overachieving president of her black sorority and leader of her sorority’s notorious step team. As a side job, Jamilah works for the Dean of the school, an out gay man (Robert Curtis Jones) who Jamilah teaches about boundaries, as he can’t seem to stop over-sharing the intimate details of his love life. When a sorority on campus of (mostly) white girls comes under fire for a scandalous sex tape leak, the Dean demands that Jamilah saves their image by entering them in a charity step competition and teaching them how to work together.

The comedic movie broaches dark and timely subjectslike sexual harassment and workplace boundarieswith grace and candor. Each joke about sexuality, whether referencing Dean Berman’s sex life or wanting to get “gay married” to your best friend, was handled delicately and was wholly inoffensive, which is rare for modern comediesso that was highly appreciated. And I’m sure that’s where Lena Waithe’s touch came in. Plus, the lessons about cultural appropriation didn’t feel preachy, but rather natural, conversational, and educational in a way that less “woke” people could easily grapple with. But with an ensemble cast of college women whose personalities ran the gamut from timid to wild, I was definitely expecting more queernessespecially from Jamilah. 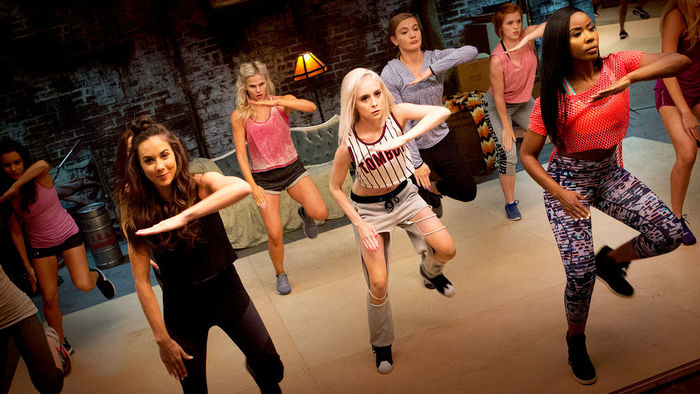 In the beginning of the film (SPOILERS AHEAD), Jamilah dates Dane (Matt McGorry), a hyper-woke, Harvard-bound African-American studies major. Eventually, she realizes they’re completely mismatched, and falls for one of her step sisters’ brothers, the quirky and adorable Kevin (Marque Richardson). Kevin’s sister Amber (Alessandra Torresani), the sorority president and pugnacious rival who refuses to fall in line with Jamilah, warns her that Kevin is fragile, as he just got out of a relationship.

About halfway through the movie, Kevin admits to Jamilah that his previous relationship ended because his ex-girlfriends were either crazy, flaky, and in the last case, turned out to be a lesbian. Jamilah laughs and quips, “I feel her pain,” before pulling him close and saying she has a confession to make: “I am sane, dependable, and mostly heterosexual.” It was a sweet, sexy and candid admission of bisexuality, but it was also frustrating. We still have half a movie left for Jamilah to come to her senses and hook up with one of the thousands of female options her sorority life has to offerspecifically Amber.

I’m being caustic, and I thought Jamilah’s love storyline was totally saccharinebut it’s hard to bury the little queer voice in my head that screamed “Kiss his sister instead!” Queer women are used to having a carrot like that dangled in front of us, only for it to be yanked away or used as a device to set up a storyline that tilts in the other direction. Step Sisters had serious Bring It On vibes, and every queer girl knows Bring it On is gayer than Carol. Torrance and Missy’s competitive-turned-besties relationship was so fiery and brimming with sexual tension, but in the end, Torrance hooks up with Missy’s brother when she totally should’ve just done what we know she really wanted to do: hook up with Missy. The similarities in Step Sisters had me screaming, “Not again!” Damn you, lesbian gods. 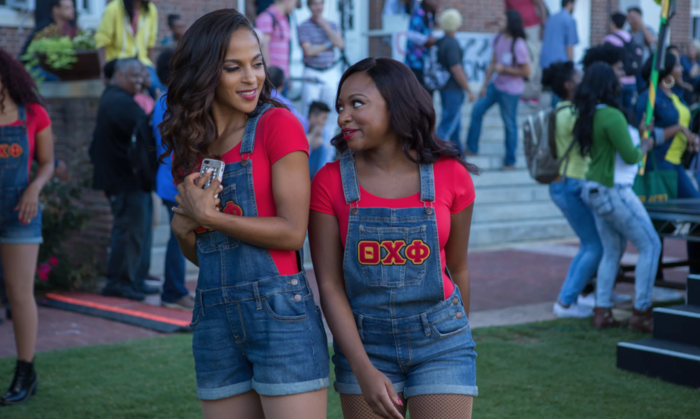 Regardless, Step Sisters was surprisingly hilarious, super wokebut not heavy-handedand had a phenomenal cast of young women. We can’t always get what we want, but to be frank, queerness is a numbers game, and I’m guessing there were a whole lot of sidelined queer storylines waiting to be told in Step Sisters.