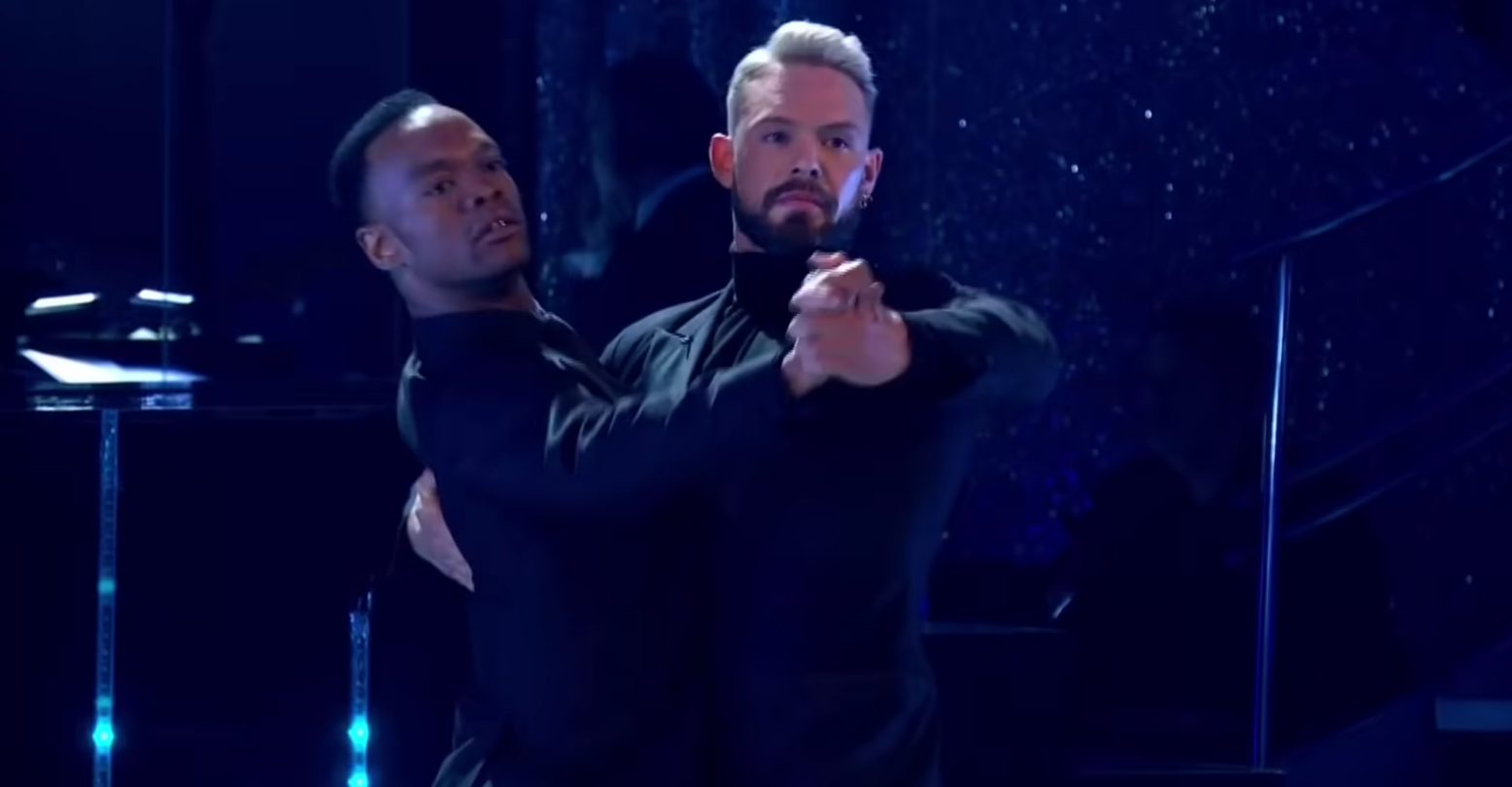 John Whaite and Johannes Radebe, the first all-male partners in the ballroom dance show Strictly Come Dancing, have recently opened up about their historic pairing. While they have received overwhelming support from the audience—currently scoring first place in the overall competition—they were initially hesitant to appear on the show.

BBC’s Strictly Come Dancing—the inspiration for Dancing with the Stars—is now in its 19th series, having premiered in 2004. It was a revival of the long-running show Come Dancing which aired on the BBC from 1949 to 1998. After all that time, the show is finally representing the LGBTQ community. Last year, the pairing of Nicola Adams and Katya Jones marked the show’s first same-sex partners, and Whaite and Radebe are now carrying the torch as the first male same-sex partners.

But this progress inevitably comes with enormous pressure and scrutiny. When the show airs, it regularly receives almost half the audience share, averaging around 8 million viewers. Johannes Radebe—the professional dancer of the two—explained during an interview and photoshoot with Hello! magazine, “There was no doubt in my mind that the dance side of it would work, but I was scared of the reaction it could bring. I thought criticism would come from all sides.”

John Whaite, the former winner of The Great British Bake Off, discussed his anxiety over the show with his partner, graphic designer Paul Atkins. “[Paul] told me, ‘Don’t do it if you feel that way.’ My emotional well-being was all that mattered to him and that’s one of the things I love most about Paul. Deep down I knew that doing Strictly was the right thing to do.”

In the end, they decided that the opportunity was too important to pass up, and both men understand the importance of representation in the media. Said Radebe, “There are still societies that don’t accept homosexuality and where people who don’t have human rights. That’s one reason why it’s important to keep breaking down those barriers, and people seeing John and me on the dance floor is a big step towards that. If we win, that message would be even louder.”

Whaite added, “When Johannes and I were young lads, we saw so much hate towards people like us because being gay was deemed to be scandalous. So we’re doing this in honour of all those people. It’s another step towards being equal.”

With this in mind, the two have made the decision to focus solely on their performance. To this end, they have deactivated much of their social media accounts. Radebe explained, “For me to function properly and give John the experience he deserves, I need to be fit mentally and physically. If you consider what people are saying about you on social media you would never survive an experience like this.”

While they are hopeful to win the competition, their true goal is simply to represent themselves and their community the best they can. As Radebe put it, “We don’t just think about the Glitterball and getting 10s. We think about doing each other and ourselves proud.”