The lore of Studio 54 has inspired several attempts to recreate the iconic new York nightclub, including a 1998 star-studded feature film, 54, which took a highly homophobic point of view on gay co-owner Steve Rubell. In 54, Mike Myers portrayed Rubell as a greedy, sex-crazed gay man who promoted bus boys to bartenders if they performed sex acts in his seedy office or on top of piles of money in his palatial home.

In Matt Tyrnauer’s new documentary, Studio 54, Rubell and his famous club get a much more fitting tribute. For one, Rubell’s business partner Ian Schrager is a big part of the story. Left out of the feature film adaptation of his own club’s history (likely because he wanted nothing to do their salacious interpretation), Schrager appears alongside partygoers and tastemakers who recall the experience of being inside what they lovingly refer to as “Studio,” a late ’70s cultural hub for elaborate theme parties, VIP lounges, disco, drugs, and anyone who was anyone, from Grace Jones to Elton John to Liza Minnelli to Truman Capote. 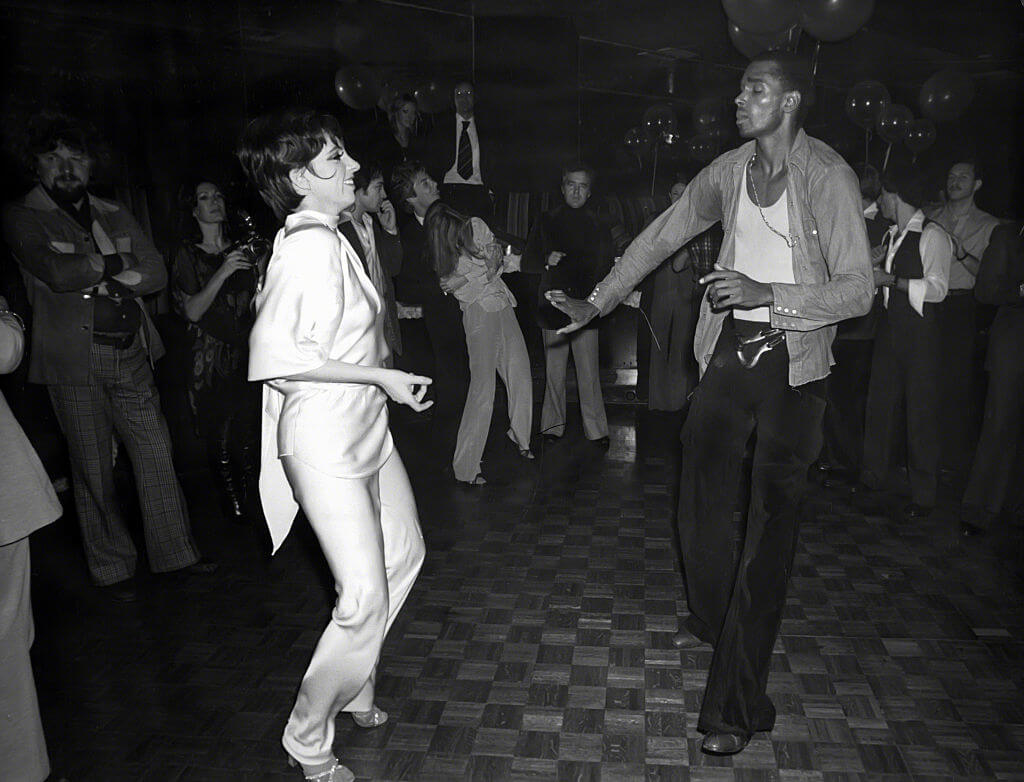 In Studio 54, Schrager speaks openly about his close relationship with Rubell, a friend since college, and how their club was eventually shut down by the IRS for tax evasion. (Rubell died from complications related to HIV/AIDS in 1989.) Tyrnauer’s take, which clocks in at just under 100 minutes, is able to portray the fantastical experience of being inside Studio 54 and the cultural significance and resonance it continues to have while also acknowledging the truth about its downfall.

“For me, there is a big queer element to the Studio story,” Tyrnauer says. “I’ve wanted to be sure that it was central to the story. … I believe firmly that it really is a key part of queer history. I think anyone who went to Studio and really appreciated it for what it was would see it that way too.”

Largely because of Rubell’s queer identity, Studio 54 was an inclusive space where trans and queer performers and an early iteration of club kids were given the opportunity to express themselves —  at least those deemed gorgeous or interesting enough to be allowed inside by the highly discerning doorman or Rubell himself. (“The key of the success of Studio 54 is that it’s a dictatorship at the door and a democracy on the dance floor,” club regular Andy Warhol once remarked.) The documentary provides plenty of opportunity to bask in the joyful depictions of public figures performing or partying together, drinking and dancing in the massive soundstage-turned-nightclub. It also explores the partnership between Rubell and Schrager, who seemed to maintain affection for each other despite aspects of the business turning sour after just 33 months in operation.

“The thing that interested me about it was decidedly not the celebrity angle or the sex, drugs, and disco angle. I thought that that would be interesting as a backdrop of basically the story of a partnership — an extraordinary one, indeed, between a gay and straight couple, really — not romantically involved,” Tyrnauer says. “Ian Schrager and Steve Rubell were really like a married couple who were in business together and Studio 54 was their baby. And then the club itself was a touchstone of queer culture in New York City and the world in its time.” 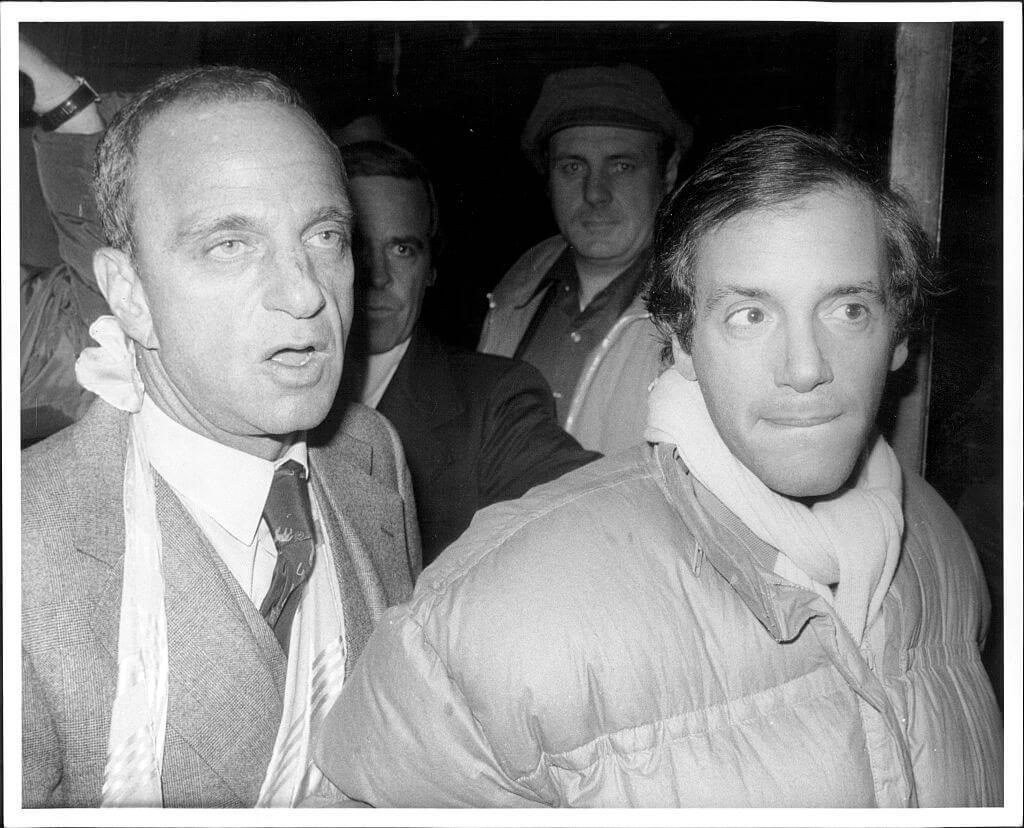 “So that was really the story I set out to tell, but when I was examining the material and trying to create the narrative,” he continues, “it struck me really a bit like a dagger that the end of Studio was really the story of the HIV/AIDS crisis and its emergence in the early 1980s. And the world which created Studio and allowed it to exist came to an end just as Studio came to an end in the early years of that decade.  I find that to be a really poignant, tragic story and I don’t think a Studio 54 story is often told through that lens.”

“By about 1984, it was very hard to stay in touch,” former Studio 54 bartender Scott Nilson told NY Mag. “You would catch up for two minutes and then you’d find out about all the people who had died. I stopped calling.”

The 1998 feature film 54 was written and directed by an out gay man, Mark Christopher, but was heavily edited by the studio, Miramax, before making it to theatres. In 2015, Christopher debuted his Director’s Cut at the at the Berlin International Film Festival, where he spoke about recreating his own original idea of the film, which included a love triangle between two men (fictionalized 54 workers Ryan Phillippe and Breckin Meyer) and one woman (Salma Hayek), inspired by his love of Cabaret.  However, there wasn’t any word on why Rubell was portrayed so grossly and hedonistically — and it’s also worth noting that when asked if he’d work again with Harvey Weinstein, who produced and de-gayed major elements of the film, Christopher said, “Hey, if someone’s offering you money the answer is always yes.” 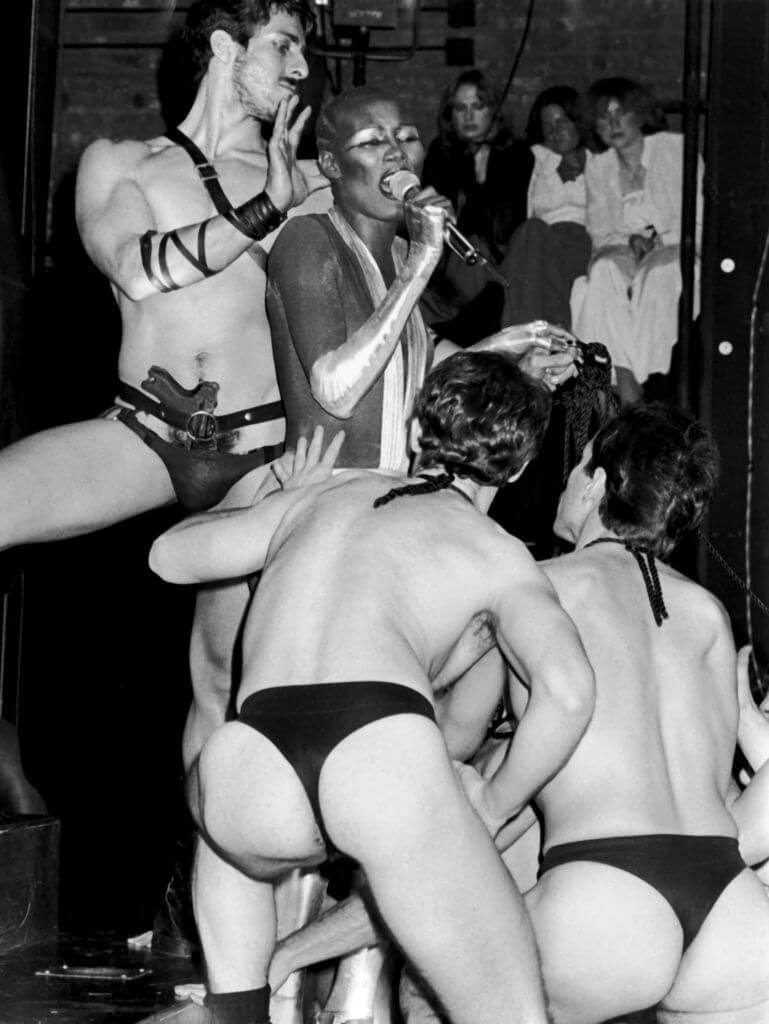 “My understanding is that it had been a queer story but it was de-queered by certain people who had influence over it and it ended up detracting from it,” Tyrnauer says of the feature. “It became a false narrative and didn’t work out very well.”

Tyrnauer’s approach is much less focused on the drugs, disco, and debauchery. Instead, he wanted to provide an unsanitized look at the appeal of a post-Stonewall space that was inevitably affected by HIV/AIDS and the skimming that Rubell and Schrager eventually were charged and sent to prison for. Schrager was pardoned by President Obama in 2017, which might have helped the now successful hotel developer be more open to the idea of speaking on his experiences at 54, and his friendship with the late Rubell.

“Well, Ian and I talked about the project initially and we had a kind of big debate about whether it should be done or not,” Tyrnauer says. “And I found him ready to participate and be honest, which was my kind of litmus test for moving forward with him. I felt that he never talked about it before for particular reasons that were very personal and that he was willing to go there, and said he would and would be open and honest.”

Tyrnauer says he couldn’t be concerned with whether Schrager ultimately “liked” the film, but he wanted to make sure he felt comfortable with his participation in what became Tyrnauer’s version of the story.

“He was a bit taken aback by what he saw, because it’s hard to see yourself and your reality projected 20 feet high,” Tyrnauer says. “After viewing it a lot, he has come to a place where he really accepts the movie and I think he’s gotten enough positive response from people he respects. The movie is an accurate and gripping portrait and is his own experience.”

Outside of Schrager, Tyrnauer says he had “two distinct groups to satisfy” with Studio 54: The denizens of the club, and those who never got to go but craved an insider’s POV on the experience.

“To please both of those groups is no easy feat, because you have to give a portrayal accurate and exciting enough to appease or even thrill the people where Studio was a reality,” he says, “and then you have to make the people who never were there feel they were, or at least get a semblance of what it might have been like. So creating a kind of sensory, an immersive experience, using archival film, music, and sound design, as well as words was the task.” 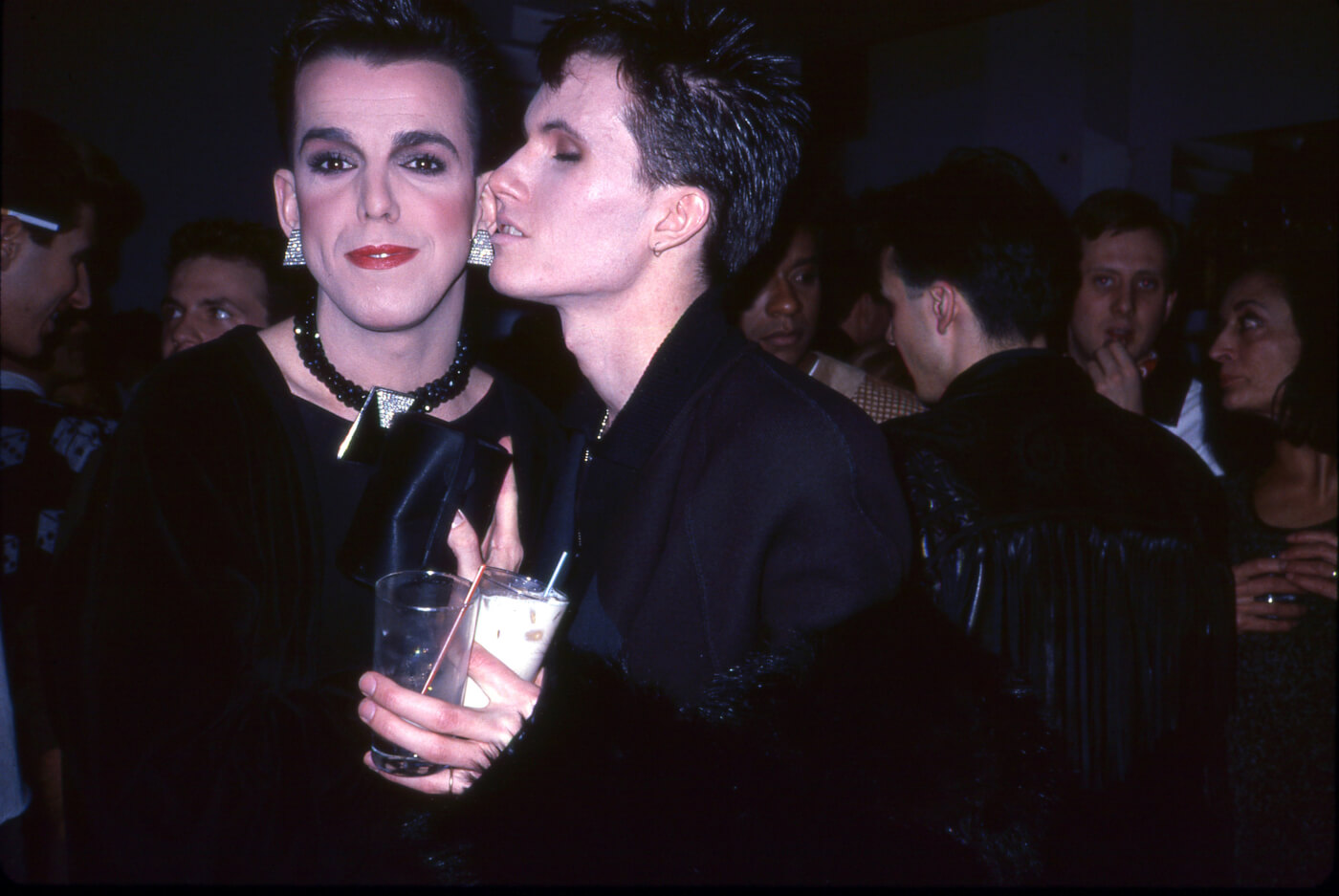 The biggest break, Tyrnauer says, was finding several hours of 60-millimeter film shot inside the club that had never been seen before. “That film turned out to be good and evocative,” he says, and it’s true — it’s the only live-action footage from inside the club when attendees aren’t posing or speaking directly to camera, knowing they’re being watched. Everything else — photos, recollections, news clippings — is second hand.

“There are a thousand and one stories that I’ve heard that are amazing that could have been in the film, but we only had 90 minutes,” Tynauer says. “You know, I think anecdotes about stuff that happened to Studio are amusing, interesting, sometimes fascinating…everyone who was at Studio 54 had their own Studio 54 story, and I hope the movie inspires them to tell their story and to discuss it with their friends, family, loved ones, children, anyone who didn’t get to go. I see the film as a departure point for discussion and contemplation and further understanding. You can’t get it all in an hour and a half.”

The only thing that could have made Studio 54 any stronger would have been to have Steve Rubell, noted party-thrower and all-around good-time-guy, to share his own sentiments of the legendary home he helped to establish for a brief but unforgettable moment in time.

Studio 54 is in theaters now.