Jay Lin almost died last month. He said it usually happens around this time of year.

In October, Taiwan held its annual Pride festival, the largest LGBTQ-focused event in Asia. Dressed in rainbow flags and angel wings, more than 140,000 people poured into Taipei on Oct. 27—by far the biggest turnout in the fete’s history.

At the same time, Lin spearheaded “Out in Taiwan,” a groundbreaking photography exhibition intended to document LGBTQ life in the East Asian island. Shot by photographer Leslie Kee (who is sometimes referred to as the “Annie Leibovitz of Asia”), the exhibition hopes to collect more than 10,000 portraits of queer and trans people before the project wraps.

On top of all that, Lin is also the founder of Portico Media, the company behind the LGBTQ websites GagaTai and LalaTai, as well as the Funny-or-Die-esque HahaTai. GagaTai—which launched a year and a half ago—is currently the biggest queer news and lifestyle website in Asia.

As Lin sits in a glass conference room at Portico Media’s Taipei offices, which share a building with a Burger King, his colleagues interject in unison to say he got “really sick” due to his diversity of commitments.

But having passed through to the other side, Lin says—in retrospect—that the experience makes him feel “more alive.”

“I felt like I was going to be sick for a while,” he told INTO. “It always happens in October, but I come back from my comatose state. I’m a lot livelier than I was two or three weeks ago.”

Lin’s schedule won’t be slowing down anytime soon, however.

In addition to its network of news and video sites, Portico Media also operates GagaOOlala, a first-of-its-kind streaming site. Commanding around 150,000 paid and free users a month, the Netflix-like platform broadcasts LGBTQ films to countries across the continent. Although Taiwan is known for its relative social progressivism, 80 percent of viewers are coming from outside the island.

Lin hopes to expand viewership to one million monthly users by 2019. As a professional jack-of-all-trades and man about Taipei, he is nothing if not ambitious. 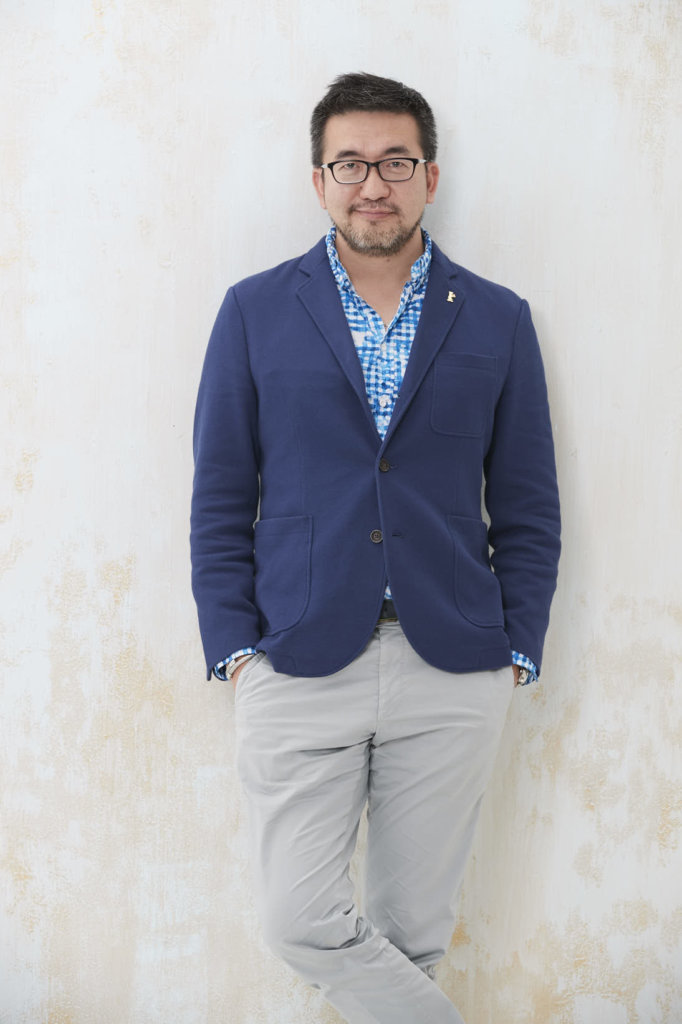 However, Lin recognizes the immense difficulties of that undertaking.

“It’s a very un-cosmopolitan part of Taiwan,” Lin added. “A lot of people if you ask them, they will say they don’t know any gay people.”

GagaOOlala hopes to expand not only into the rural parts of Taiwan where the average LGBTQ person doesn’t have the advantages of Taipei’s thriving queer scene but also to countries where queer and trans people don’t have the opportunity to see themselves represented in media. In Malaysia, for instance, it’s illegal to portray LGBTQ characters unless they “repent or die.”

As the founder of the Taiwan International Queer Film Festival, the struggle to reach LGBTQ audiences is one he knows well.

“If you go to places like China and Indonesia, they shut down their queer film festivals for safety reasons, but in some of those countries, it’s hosted inside consulates or embassies to provide a safe shelter away from the anti-gay opposition,” Lin claimed. “We wanted to reach these people and also provide the films that we already have spent time licensing, reviewing, and thinking about—and roll it out as Asia’s first LGBTQ online movie service.”

Currently on GagaOOlala, users can watch films like Sorry Angel, a Cannes pick about a student who has an affair with an older Parisian writer; Mario, a Swiss film about gay soccer players; and the intriguingly titled Monster Pies, an Australian indie about schoolmates who strike up a romance while collaborating on a monster movie version of Romeo and Juliet for a class assignment.

Many of the marquee picks in its catalogue skew Western, but the platform plans to expand its focus on stories that touch the lives of people in local communities across the Asian continent.

Their data shows the demand is there.

“What we’re seeing from our analytics is that even Asian films that are low budget, with much lower production value and don’t feature very famous stars actually get a lot more attention because there is a dearth of that content,” Lin claimed. “They’re yearning to see more storylines and faces that they can directly connect with.” 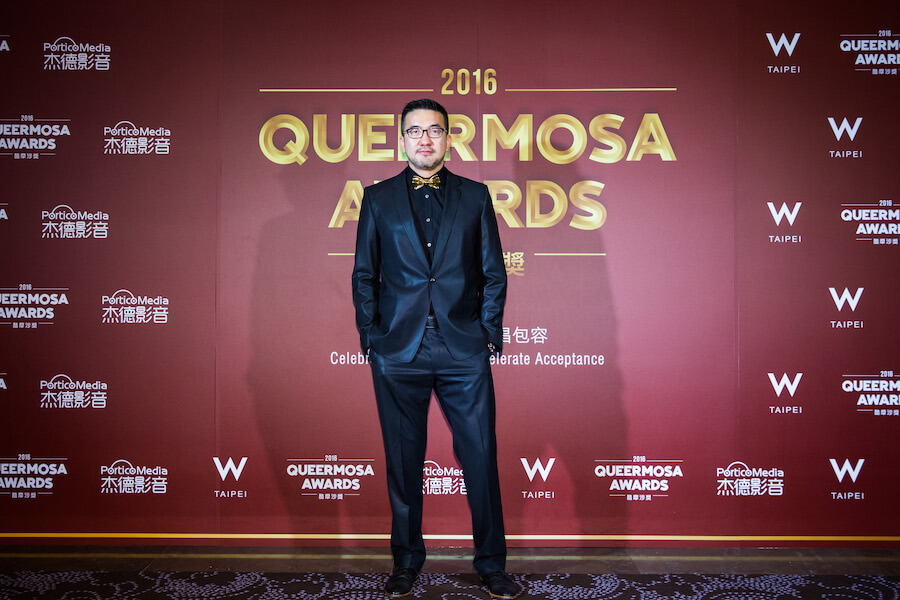 According to Lin, Netflix has recognized that hunger by creating and distributing homegrown content to attract subscribers in foreign markets. For instance, the platform picked up streaming rights for U.K.’s Bodyguard, a political thriller and veritable cultural phenomenon. The show was the BBC’s biggest drama since 2008 and one of the top five most-watched shows of the decade.

In 2016, GagaOOlala began dabbling in original content with Tale of the Lost Boys. Directed by Filipino director Joselito Altarejos, the film follows a Pinoy mechanic (Oliver Aquino) and a gay Taiwanese student (Ta Su) who go on a road trip together and reconnect with their families.

Lin said these projects have been entirely self-funded by Portico Media, which is in a unique position to deepen its LGBTQ content creation through GagaOOlala. Its impressive network of media offerings also includes its chief revenue stream as the local broadcaster for more than two dozen foreign channels. These include Al-Jazeera, Bravo, CNBC, Deutsche Welle, and Nick Jr.

According to Lin, his hope is that GagaOOlala can eventually serve as a dream factory for Asian directors hoping to tell natively queer stories.

As GagaOOlala looks to expand to countries like India to do that work, the platform will arrive at an extremely pivotal moment for Asia’s LGBTQ community.

In October, the India Supreme Court struck down its colonial-era sodomy ban in a unanimous ruling. Three days from now, Taiwanese citizens will sound off in a nationwide vote on same-sex marriage—one viewed as a referendum on the future of LGBTQ rights in Asia.

Countries which have yet to make that same progress could be likely to challenge GagaOOlala. For instance, the Indonesian government has repeatedly blocked gay dating apps in an attempt to censor its local LGBTQ community and prevent them from organizing. In January, its communications and information ministry successfully lobbied Google to remove the popular chat service Blued from its Play Store.

Although GagaOOlala engages in below-the-line marketing to ensure it keeps a low profile, Lin said a relatively niche streaming platform isn’t on the radar of repressive regimes—as of now, at least.

“I don’t think we’re big of a big enough of an influence where we’re a direct threat to these countries’ governments,” he claimed.

But even facing potential censorship, Lin said the upshot is too massive not to try. The same day he sat down with INTO, a friend sent him a photo from a Sunday concert held in support of marriage equality. More than 100,000 people gathered in front of the presidential palace along Ketagalan Boulevard—rivaling the Pride turnout just weeks earlier.

The picture was of Lin, one of several activists who addressed the crowd from the concert stage that day. The friend told him how much Lin’s advocacy meant to Taiwan’s LGBTQ community—and to him personally.

“You’re doing awesome things for all of us,” he said.

Even despite his recent bout with exhaustion and the continuing struggles that lie ahead, Lin said it’s an honor to work on projects that bring together his identity, his business, his community, and his family.

“Now that I have kids, I feel like: ‘OK, everything I’m doing here also has positive, tangible externalities to their world when they grow up to be teenagers or when they enter into the actual real world,’” he said. “Sometimes I question whether it’s the best business decision to put so much of my heart and passion into something that I really as an entrepreneur should be very dispassionate and calculating about.”