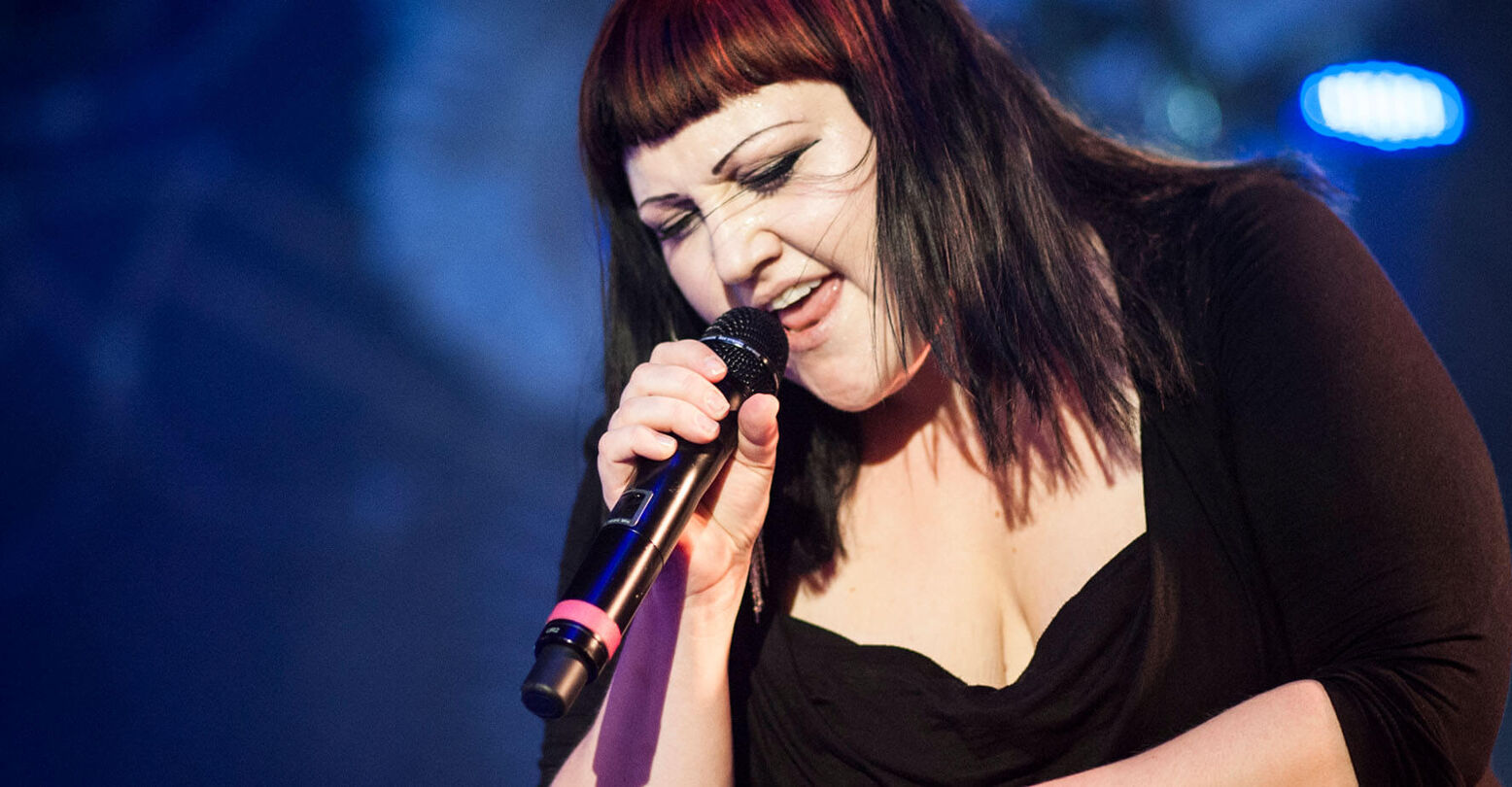 It was back in 2007 that Beth Ditto was featured on what is still one of the most iconic magazine coversof our generation. Wearing nothing but a snarl and a slick of red lipstick, the unapologetically fat, queer trailblazer posed alongside a headline which read “Kiss My Ass!” – a nod to the body-shaming that came when Ditto became a household name. As the powerful voice of Gossip, she sent shockwaves through a (still) male-dominated industry. Over the course of 16 years, the band built a lengthy back catalog, which eventually resulted in global success. Last year, as confirmed in an interview with Pitchfork, they decided to call it quits.

Now, Ditto is back without the band to release Fake Sugar, her debut full-length LP. April saw the release of lead single “Fire,” which is only a teaser of what promises to be a musical return to Ditto’s Southern roots. It’s a brooding, slow-building banger which erupts – in true Gossip style – into an anthemic chorus. Just weeks later, she released the strangely seductive “Ooh La La,” a foot-stomping, guitar-driven offering littered with French lyrics and anchored by an irresistible melody.

The production may be glossier and the song structures more conventional, but Ditto’s powerhouse vocals have been the definitive driving force behind Gossip’s singular sound for 16 years. In anticipation of Fake Sugar, we scoured through their discography to bring you the best cuts you might not have heard.

Gossip (then known as The Gossip) made its debut with an eponymous EP released in 1999, but That’s What I Heard is their first full-length release. At just 24 minutes long, it’s an uptempo introduction to the unique mix of blues and punk rock, which sets them apart from their contemporaries. This brief, punchy highlight is just one of many tracks worth listening to from their debut.

“(Take Back) The Revolution”

The band followed up the momentum from their debut with Arkansas Heat, another concise yet well-executed EP which spawned this highlight. It’s ten minutes long, but when things truly kick in, it’s a glorious reminder of the queer body-positivity that makes them so anomalous. “All you do is criticize my body, my hair, and the clothes that I wear,” screams Ditto, hinting at the vital discussions she would later bring into the mainstream.

Ditto’s powerhouse vocals take center stage on this down-tempo track lifted from their 2003 album Movement. It’s a song about loneliness, which expands over stretched-out guitars and builds up to a screaming yet cathartic crescendo of “No, no, no!” Get drunk and sing along – I promise it feels right.

It was in the mid-2000s that Gossip truly broke into mainstream consciousness, releasing Standing In The Way of Control, a stellar album more driven by dance and disco than ever before. The title track is a clear standout, as is “Jealous Girls,” but the full-throttle screaming of, “I don’t want the world / I only want what I deserve” just about elevates “Yr Mangled Heart” above the others.

When I started writing this list I promised myself I wouldn’t include singles, but this should be an exception purely for its incredible video and the fact that, in comparison, with their other hits, it’s criminally underrated. The song itself unfolds at a relentless pace, slowly building up to a cheeky chorus consisting of the lyrics: “Na, na na na, men in love…With each other.” The video sees Ditto with a beehive, driving a school bus full of people dancing, making out with each other and recreating the sweaty, frenetic vibe of every queer bar you’ve ever been dying to go to.

In 2012, the band brought Xenomania – the production team behind Girls Aloud’s impressive discography – on board to create A Joyful Noise, possibly their most musically diverse album and, of course, their last. With its influence rooted firmly in disco music and catchy, accessible melodies, “Get Lost” is an infectious slice of euphoria whose spacey, synth-driven backdrop is the ideal backdrop for Ditto’s irresistible vocals.