It’s 5:30pm on a rainy Tuesday evening. The familiar Skype dial tone buzzes through my ears as a pause takes place; within just a few seconds, the smiling face of author Juno Roche flickers across my laptop screen. A few years ago, Roche abandoned a life in London to move to a remote Spanish mountainside with nothing but her dogs, some cherry-picked possessions and a desire to dedicate herself to writing with no distractions. She’s written before of her newfound happiness, but today she’s particularly ecstatic: she recently inked a hard-earned new book deal.

“The working title is Cock and Ball(s)”, Roche says with a mischievous glint in her eye. It’s a controversial title – a play on an English slang term for male genitalia – but one that she explains with relish.

“It’s a play on the notion that genitals are a load of old crap, but also a play on the fact that every trans woman still has their cock and balls – but they’ve been refashioned, turned upside down and made into something beautiful. I feel really good about it; I can be as rude as I like with this one!”

The idea might sound incendiary – numerous journalists have been rightly rebuffed for asking intrusive questions about trans bodies – but Roche reclaims the narrative, consistently putting control in the hands of trans and non-binary people. Over the last few years, she’s penned a series of beautiful, lyrical odes to her own ‘neo-pussy‘ and explored her experiences with gender confirmation surgery. It’s partially a reclamation – a way of taking back control from prying, potentially exploitative eyes – but it’s also a way to open up new conversations around sexual pleasure, and how it differs for anyone whose body or gender expression deviates from the ‘norm’.

Earlier this year, these musings drove Roche to write her first book, Queer Sex. It was a title she had to fight for, but her struggles paid off; the illuminating result is a book comprised of interviews with various trans and non-binary people from a series of backgrounds. The root of a single idea blossomed into a comprehensive exploration of sex lives normally left untold. Partly in celebration of the book – but mainly in celebration of Roche’s refreshingly radical take on all things pleasure-related – we reached out to gauge her thoughts on trans representation in porn, cynicism and the self-proclaimed “trans revolution” Roche is so keen to galvanize. Naturally, the results were gloriously NSFW.

Let’s start by talking about your book, Queer Sex – tell me a little about the reaction to that, and whether or not it surprised you.

Juno: The reaction has been phenomenal and, in a way, not what I expected at all. We didn’t expect it to sell because people said it was too niche, and also as a writer, you never really know that you can write! You get the nice tweets and the online praise, but for people to say they loved it from start to finish blew my mind, especially because I’m working class, I’m trans, middle-aged, HIV+ – so to have bright, intelligent people telling me they love the book is something I never imagined. It’s even charted, and I got another book deal – I’m having a fucking blast!

What I love is that you take back the narrative. Discussions of gender confirmation surgery have become so stigmatized, but you speak so beautifully about your own experiences; did you approach that topic with trepidation, or did it feel natural?

Juno: I think I rejected the accepted narrative as soon as I had surgery, because that narrative is placed within a misogynistic framework. It was like someone stamped me and told me that now I had surgery, I was fine – that my dysphoria would disappear. But I still had my cock and balls! They were still there, just reconfigured and refashioned into something beautiful. I don’t have a vagina, I have something else. When I first started to say that it was difficult, and I’m sure there’s an awful lot of people that would like me to be quiet, because the prevailing narrative is that trans people are saved by the world, by cis people. There’s a notion now that people should be allies, and I get that, but ask yourself: how many of you would really fuck us, or let us fuck you? That’s what we need to be asking.

Trans people are also so often discussed within a binary framework, which seems to just make things more difficult.

Juno: Completely, things are harder if you’re trans and you reject that narrative. It’s strange, because I walk down the street and I ‘pass’, and that’s a privilege, but at the same time I try and give that away. You could look at me and call me privileged, and I would weather that; I would wear that. But, at the same time, I try to give it away by telling people on Tinder that I don’t have a vagina – I have my refashioned cock and balls. Are you down with that? Obviously they’re not! They either want a chick with a dick or someone that will play the cis game. If anything, I feel like my privilege comes with my age – it’s up to the older generation to take the risks we wouldn’t want younger trans people to have to take. We have a responsibility to create safety, and we can only achieve that through honesty.

The one thing that seems obvious is that the trans community is having really complex conversations, but do you think a cis audience is really willing to talk about queer sex, and trans sexuality? 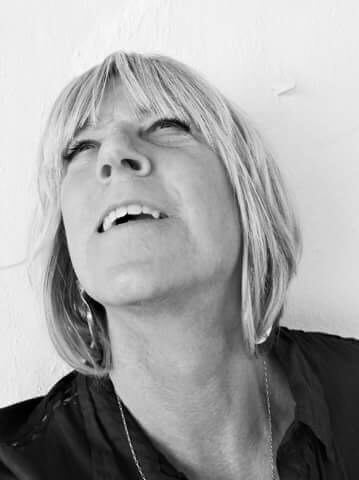 So the most important thing is representation across the board – it’s about making sure that trans people are represented every step of the way for you?

Juno: Well, that’s the thing. If there were more trans editors I feel like I’d be able to write more in-depth stuff and go beyond just trans dating, or being trans and middle-age. I think I’d commission some really cracking stuff. Really, I feel like we don’t change structures unless we get into them, no matter how much we rally against them. I don’t want trans people to be constantly fighting for space. Fuck it. Most trans people I know have space already, they just need to be given the tools to decorate the room.

For sure – there’s been a lot of talk about trans visibility, but it can still feel extremely narrow.

Juno: Well, the whole thing is really silly – there’s so much truism around the ‘trans experience’. All that really means is that you’re saying, “this is my body, and I have one life so I’m going to make it work for me.” I’m HIV+, so I’ve seen far too many people die. For me, I know that I have one life and that I want to spend it feeling comfortable, empowered and like I have some sense of autonomy, because society shames us – it shames those of us who aren’t perfect, and it shames the perfect ones when that perfection slips. But I think it’s possible to push past that, and I think there are incredible writers, artists, even Instagram accounts that are doing that.

When we were talking, you said that now is the most exciting time you’ve been alive. That’s interesting to me as a 25-year-old, because I feel like so many young people really romanticize that punk era that you lived through.

Juno: A lot of punk became about consumerism, and fashion. People got caught up in it; even Leigh Bowery went out and was commodified the next morning by fashion kids who queued outside clubs. I think we’ve moved past that now, we’ve realized that our bodies are the real battlefield – not the clothes, not the streets. Until you fucking respect that fact, things won’t change. There’s a lot of bullshit – rainbow flags and pinkwashing in particular can fuck off – but I do think people are starting to see that.

But do you feel like people are reluctant to be critical? There’s sometimes a sense that being overly critical means that you’re ungrateful, or you’re cynical.

Juno: Living with HIV for more than 20 years means that I was never liked. I would read headlines that said, ‘ship them off to an island’, or ‘kill them all’, so I don’t care about being liked. I’m not being disruptive for my own sake – nobody realistically runs to fuck me when I talk about my recycled cock and balls! But I feel like it’s all just about creating more space.

Do you feel like your history of working as a teacher and engaging in activism helps you create that space with the work you’re doing now?

Juno: Well, I’ve always been pragmatic. As a teacher I gained a reputation, because I was good at teaching the boys that were excluded for being in gangs. They’d come into my classroom, I’d shut the door and tell them they weren’t to fuck about in my class because it was the last chance they would have – the other alternative was prison. I remember taking these students to an art gallery, and one started pulling rose petals from an installation because he was never taught how to be in those spaces, you know what I mean? As a working class kid, I relate to that – I don’t see myself represented in theory or academia, because there are no people in those texts. I just thought it was inaccessible.

Do you want to change that? There’s a really wonderful thread of accessibility running through your work that feels vital, especially as queer theory is so complex.

I do want to change that, and I really do want to make trans people feel like they have the power and the resources to take over; I want to empower people to feel like they don’t have to look or behave a certain way to be accepted. I suppose in a way I want to start a kind of trans revolution – and that will have a knock-on effect because it will let everyone know that it’s okay to deviate from that box society tells us to fit into. It’s really fucking narrow, so it’s time to redistribute the power in order to broaden things out – in that sense, I feel like trans people are here to save us all from those expectations.