Teresa Lotz’s affecting immersive play She Calls Me Firefly explodes a moment in which a young gay man’s unresolved childhood trauma comes into contact with a mother’s ungrieved loss late one night at a Kentucky gay bar. The piece ran at The Huron Club at The Soho Playhouse through Pride Month and was co-produced by Parity Productions, whose mission is to fill “at least 50% of the creative roles on [its] productions… with women and/or trans and gender nonconforming (TGNC) artists;” and New Perspectives Theatre Company, “dedicated to using theatre as an agent for positive social change.”

“I was diagnosed with OCD when I was younger, but then, it kind of evolved into generalized anxiety,” the playwright and composer says of her special, personal interest in destigmatizing mental illness on stage. Lotz grew up with friends and family who struggled with various mental health issues; in adulthood, her wife is a therapist. “I felt, from a very early age, really drawn to psychology and mental health,” she continues. Her musical Three Times Fast, co-written with book writer-lyricist Naomi Matlow, about a young protagonist with OCD, represents her previous theatrical project on the subject.

Trauma has played a part in She Calls Me Firefly since the play’s earliest drafts, but Lotz did a round of PTSD-specific rewrites for this production after a great deal of research and a songwriting collaboration with an actress who lives with the illness. “I think it’s important to have faces behind the stigma,” she says, as opposed to a stack of case studies.

Ken, the play’s protagonist, has been with Lotz for decades. “When I was angsty-writing in my journal, as a teenager, it was in his handwriting,” she explains. “He just felt very, very real to me forever. And now, looking back, a lot of the mental health things I started to discover in him were happening in the discovery of my own [issues].” 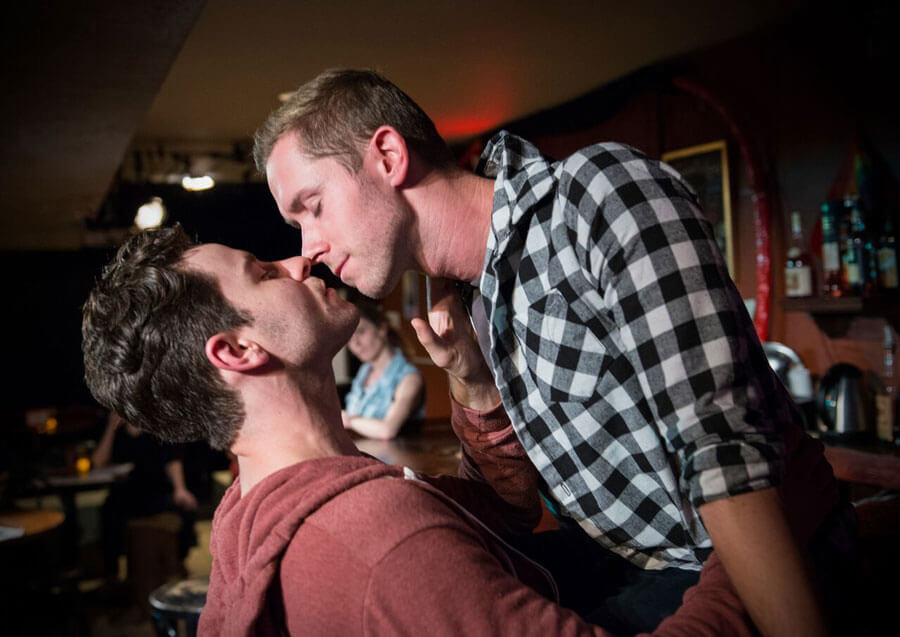 Lotz’s teenage years were spent coping with a friend’s deterioration as she developed a drug addiction disorder and related psychological issues. “So I was really 13 years old and watching my best friend’s life fall apart and trying to reconcile that,” she says. She struggled with guilt as she became aware of how her friend’s situation affected her. “This person [was] going through this thing that I could never understand. How could I help? What [was] there for me to do? I think the only thing I could do was create.”

The play Lotz has created, with Ken as its central character, is a “memory play.” The present-day encounter between Freddie and Ken is deepened, on the one hand, by Ken’s memories of his abusive mother, Veronica; and on the other, by his recollection of exchanges with Levi, his sober boyfriend, who’s just thrown him out in response to his ongoing addiction problems. It’s a heartbreaking seesaw of scenework that paints the forlorn and confused Ken as in thrall to intergenerational trauma that’s entirely out of his control.

Though Freddie can’t save Ken or do his personal work for him, her troubled relationship with her own son, which she longs to redeem, gives her the wherewithal to nudge Ken to open up about what was done to him. It’s a small shift for Ken, but one that may prove to be tectonic.

In future productions, Lotz hopes to experiment with the ending and dig deeper into the character of Veronica, Ken’s mother. Even in its current form, however, She Calls Me Firefly accomplishes what the playwright set out to do: “[After the end of the play], a lot of [audience members] would say things like, ‘You know what, the characters felt very real to me, and [the play] made me have empathy, and I don’t have empathy for drug addicts,’” she says. “‘But I felt empathy toward the main character, who is a drug addict.’”

She continues, “That’s exactly what I want.” 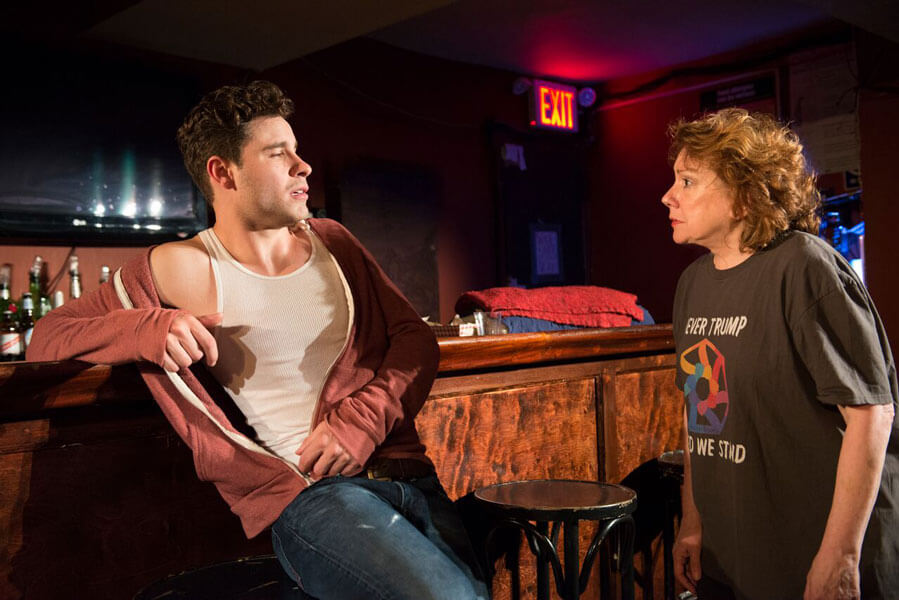 Lotz’s most recent work can be seen in Red Emma & the Mad Monk, currently running at the Tank (312 West 36th Street, First Floor, New York, NY 10018) as part of its Ladyfest at the Tank festival, for which she wrote music. The piece, created by Alexis Roblan and Katie Lindsay and written by Alexis Roblan, is a “Russo-American cabaret-style musical about Emma Goldman, Rasputin, and a 12-year-old American girl who’s obsessed with both of them and can’t get off Twitter.” See thetanknyc.org for more information.