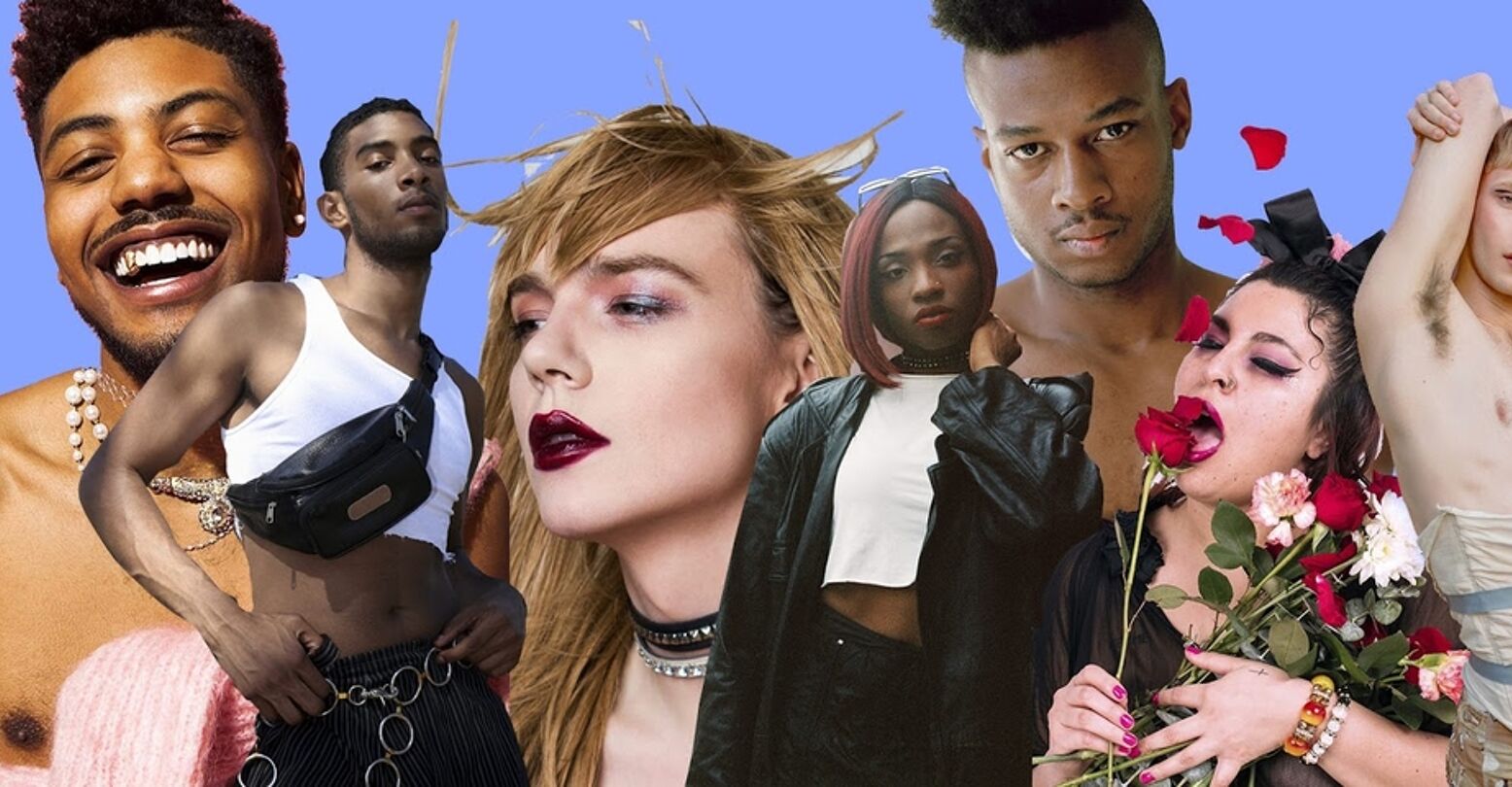 In what seemed like the most consistently and continuously disappointing year in politics ever, music served as one of the most practical forms of self care. When the government let us down, queer music was there to turn our blue feels into vibrant streams of bodak yellow.

Although it’s been a phenomenal year for queer representation in music, we can always do better. This list exists to plug, validate, and embolden. It’s also a call to action for those in media and positions of power to continue nurturing diversity. 2017 was a year about elevating platforms for those with complex identities. It was about coming together and supporting QTPOC.

This fresh-faced ensemble represents the most important and promising solo acts to emerge in queer music in the past year.

THE QUEER FRESHMAN CLASS OF MUSIC 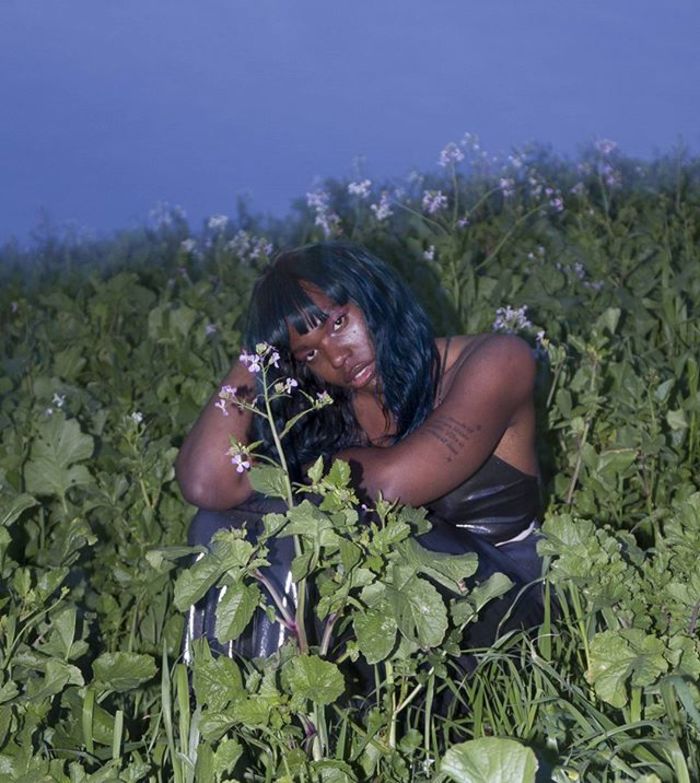 Ah Mer Ah Su is a name inspired by the japanese goddess of the sun and the universe, Amaterasu.

“Klonopin,” a song about Ah Mer Ah Su’s complicated relationship with the prescription anti-anxiety benzodiazepine, instantly drew me in. Then “Space,” a song about lament for feeling disposable as a trans woman, pulled me into its orbit. And then came “Meg Ryan,” a song coupled with a video of Ah Mer Ah Su in an unclockable blonde wig trolling yt people in San Franciscowith La Croix water in handsinging about privilege.

Ah Mer Ah Su is the archetype for this list and she brazenly embodies intersectional trans excellence. She is slated to release a new project in early 2018.

GUSSY
BASED IN: Sydney, Australia
TRACKS YOU NEED TO LISTEN TO RIGHT NOW: Mornings, Looking At Myself, In Order To Love 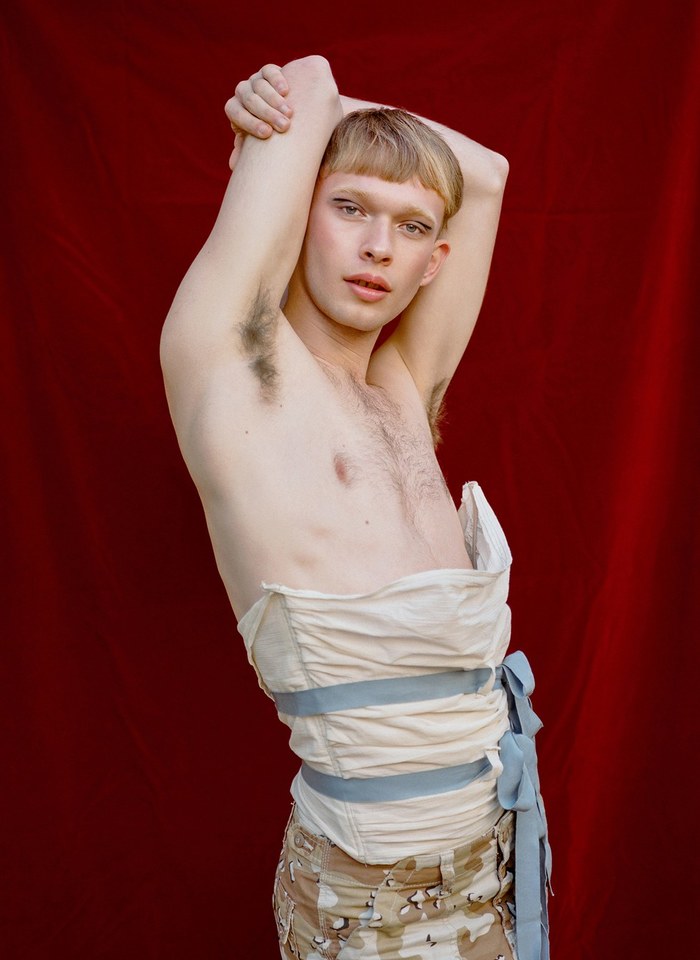 Singer, songwriter, producer, and dancer Gussy is the visual equivalent of a swansdown puff — pretty to look at and, like, elegant without even trying. I first fell in love with Gussy after listening to the Strict Face-produced “Mornings.” Soft, sensitive, and glum, the electronic pop track depicts the mental state of waking up the morning after a lover’s quarrel.

QUAY DASH
BASED IN: NYC
TRACKS YOU NEED TO LISTEN TO RIGHT NOW: Decline Him, Shades On Top Down, You Make Me Cray 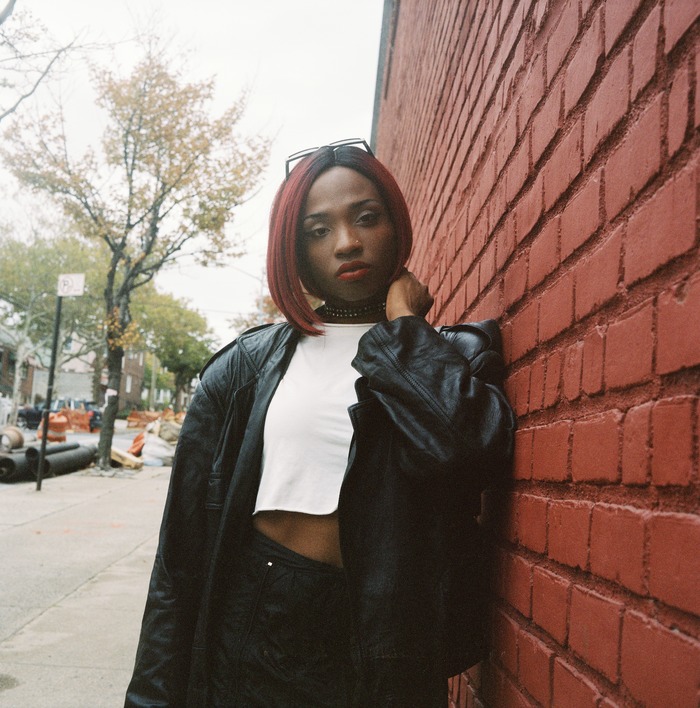 Inspired by Remy Ma, Foxy Brown, and Lil Kim, Bronx MC Quay Dash is here to disprove all those out-of-touch opinions about newcomers in female rap this year. According to Spotify 2017 Wrapped, “Decline Him” is my most played track of the year. It’s a bop.

MACY RODMAN
BASED IN: NYC
TRACKS YOU NEED TO LISTEN TO RIGHT NOW: Lazy Girl, Inside, Strawberry Margarita 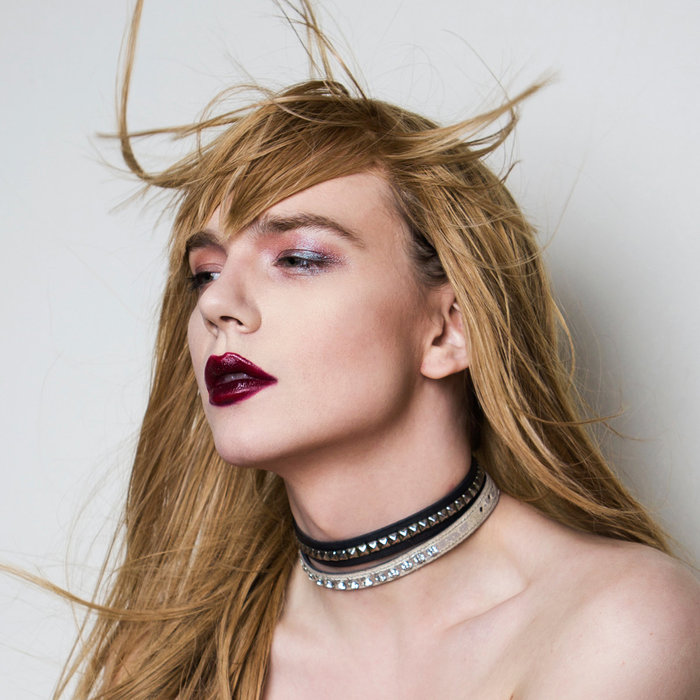 Last year’s “Lazy Girl” released her freshman album The Lake this year, and it’s one of 2017’s most iconic and diverse records. Macy Rodman doesn’t seem to take herself too seriously and we’re, like, so thankful for that.

RUBBY
BASED IN: NYC
TRACKS YOU NEED TO LISTEN TO RIGHT NOW: Confiesa, Know Me, Drama

Recently named one of The 25 Best Music Videos by Latinx Artists in 2017 by Remezcla, newcomer Rubby joins the world takeover by Dominicanxs in music alongside the likes of Jay Boogie and Cardi B. This blossoming youth and baby heartthrob deserves to be your #MCM.

SATURN RISING
BASED IN: Los Angeles, CA
TRACKS YOU NEED TO LISTEN TO RIGHT NOW: Blown, Down, Love Takeover 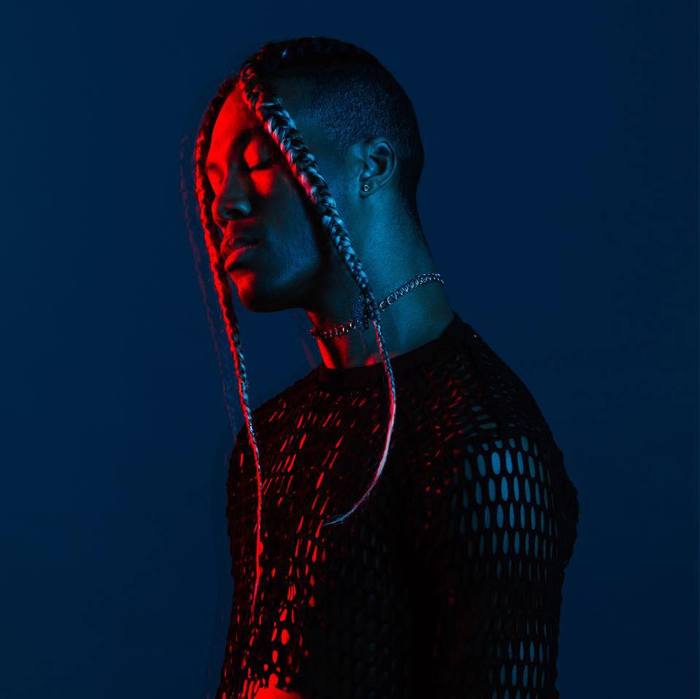 SAN CHA
BASED IN: Los Angeles, CA
TRACKS YOU NEED TO LISTEN TO RIGHT NOW: Spice Up Ur Lyfe, Pocket Boy, Hijo Prodigo 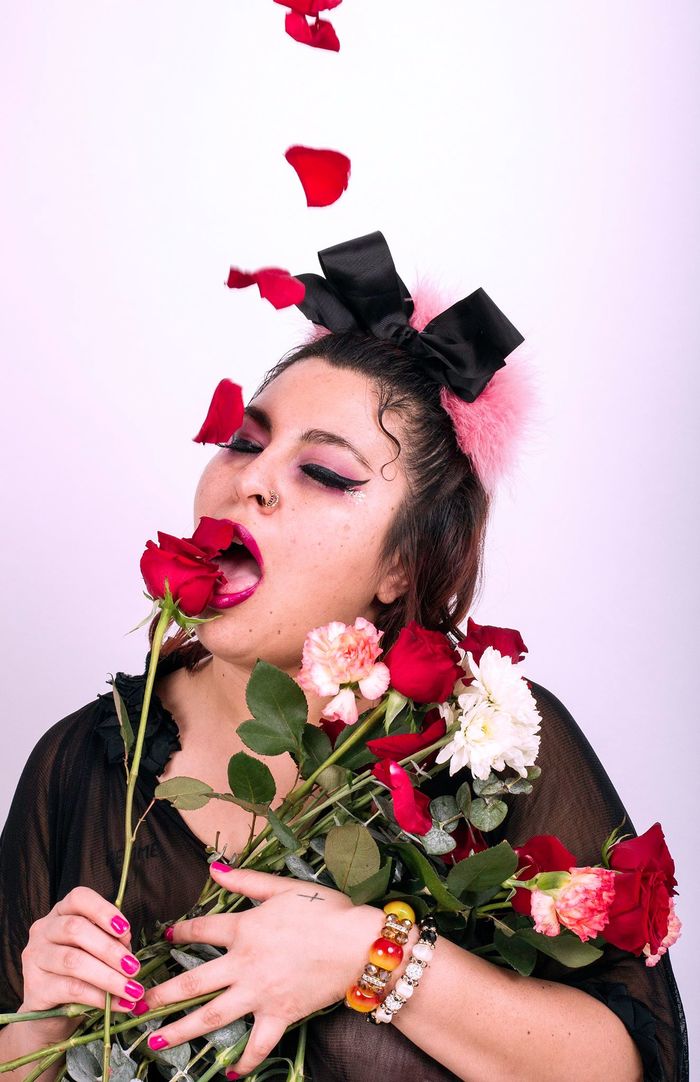 In a world and political climate that sometimes feels like perpetual chaos, queer, femme, and unapologetically latinx San Cha is the answer. Having seen numerous live performances at local parties here in LA like TRAICIÓN, it’s xxxtremely gratifying to hear news that these days San Cha is playing shows all over the world.

KIM PETRAS
BASED IN: Los Angeles, CA
TRACKS YOU NEED TO LISTEN TO RIGHT NOW: Unlock It, Hillside Boys, Hills 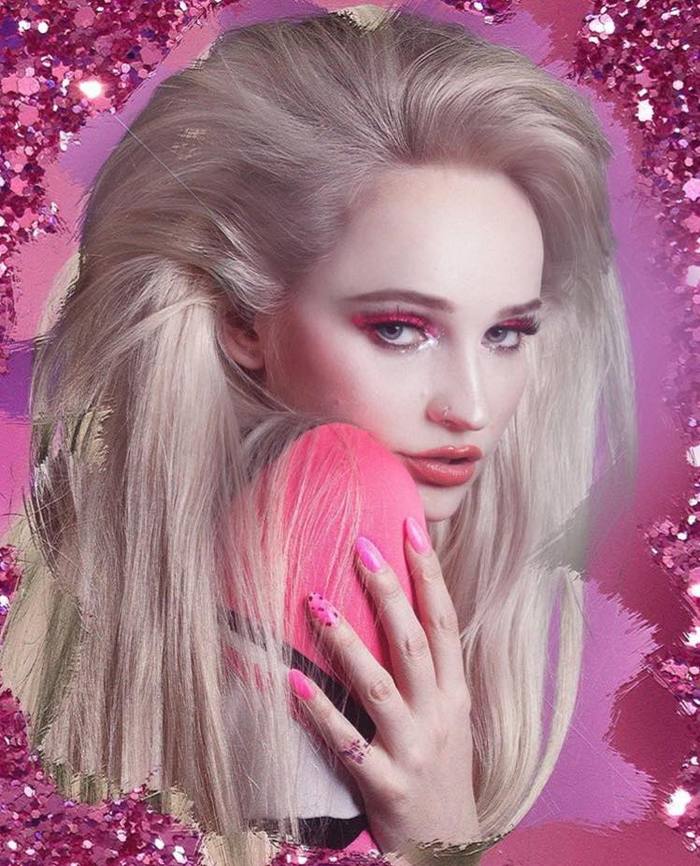 Openly transgender and pocket-size pop star-on-the-rise Kim Petras has materialized on US airwaves seemingly overnight. Her bubblegum vocals are reminiscent of 4ever obsession Charli XCX. Keep an eye on this QT.

LONDON JADE
BASED IN: Chicago
TRACKS YOU NEED TO LISTEN TO RIGHT NOW: Transcendent, All Crazy, Cup 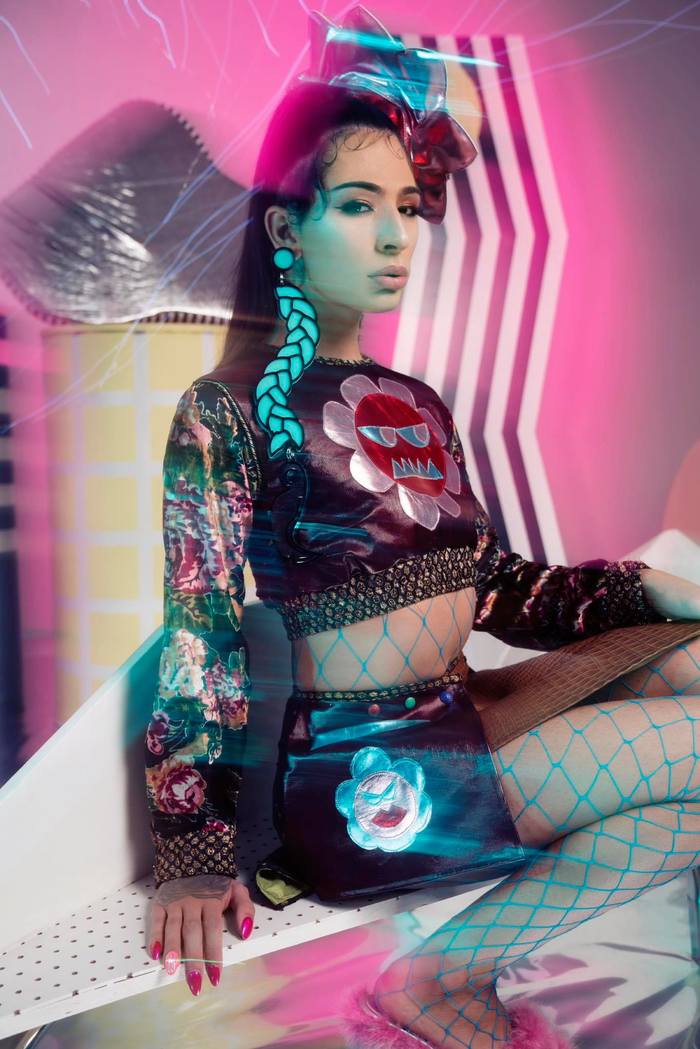 “Transgender goddess” London Jade is having a very big year with her talents being recognized by the likes of Paper, Remezcla and Out Magazine. Her music is fire, but what she excels at most is being unapologetically herself. This is the girl you want to fuck with.

KILLING IT LAST NIGHT!!! thank you ALL for coming out and supporting the girls. NYC has been everything and more so far- and it wouldnt be so without all of my friends fam and fans supporting me. MWAH! 📸: @yasmineshilha

MISTER WALLACE
BASED IN: NYC
TRACKS YOU NEED TO LISTEN TO RIGHT NOW: Zzz, Whoremoan, It Girl 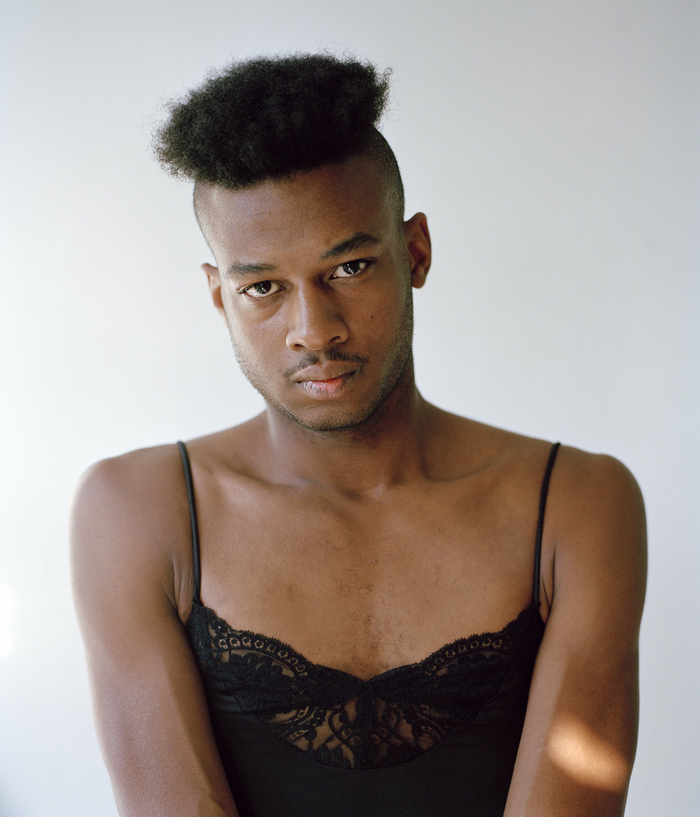 Voguer, rapper, and Cakes da Killa collaborator Mister Wallace wants us all to embrace our femininity through their music. Although the majority of it was released in 2016, I’m making an exception for this one and gonna call it now: 2018 is going to be a big year for them.

DON CHRISTIAN
BASED IN: NYC
TRACKS YOU NEED TO LISTEN TO RIGHT NOW: Been Sleep, Chop, Flutter 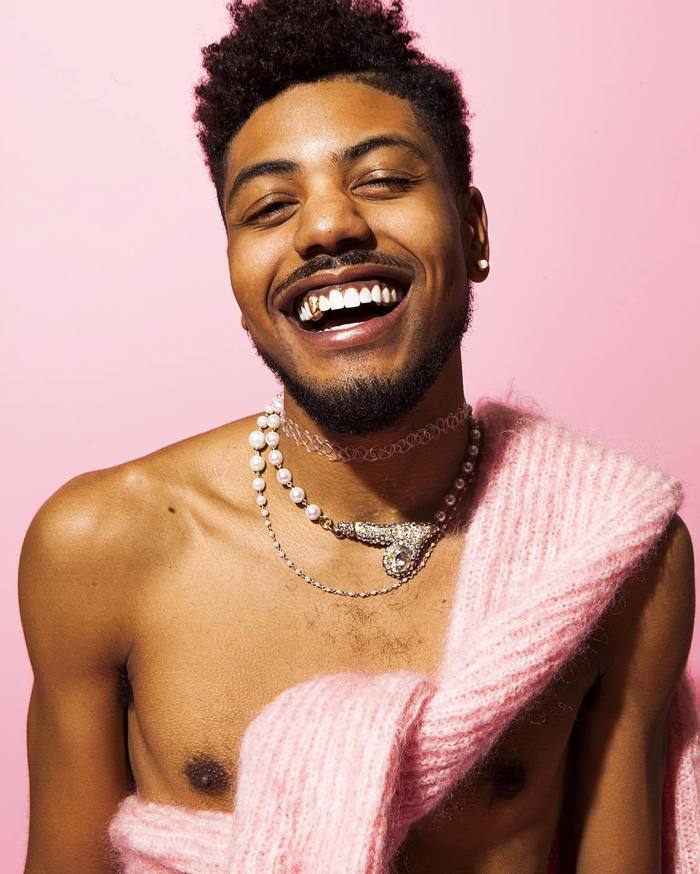 This year we witnessed the return of DonChristian Jonesbedecked in Palomo Spain alongside Jay Boogiefollowing previous collaborations he’s had with other greats including Le1f and the inimitable R goddess Rahel. DC’s sound is so distinct and I’m looking forward to his full-length debut in 2018. The album’s first single “Been Sleep” was inspired by another fav, House of Ladosha.

Ultimate queer icon SOPHIE is hardly a newcomer, with a production CV that includes work with Le1f, MØ, Charli XCX, Vince Staples, and, most notably, Madonna — but she did take her first-ever press photo this year. She also celebrated her public coming out as a trans woman with a music video (above) and came out as a stan for transhumanist biotech icon Martine Rothblatt, among other endeavors. Stay weird, SOPHIE.