It’s not an exaggeration to say that the Lambda Literary Awards are the highlight of my literary year. Even in a year where I didn’t release a book so am not eligible for an award nomination, I love the Lammys – I even tattooed the lambda sign on my ankle after I won the emerging author award in 2013. This year, I was one of many judges for the awards, sworn to secrecy throughout the process but now able to disclose.

Last night, the 30th annual Lambda Literary Awards was held in New York City at NYU’s Skirball Center For The Performing Arts. It was emceed by the one and only lesbian comedian Kate Clinton, whose commentary was relevant, funny, smart, and engaged with our terrifying homophobic/transphobic political climate and the importance of writing.

I don’t tend to get excited about pageantry for the sake of pageantry, but there is just something magical about being in a fancy room filled with people there to celebrate queer books! To be in that space surrounded by LGBTQ authors whose books have deeply touched my life is powerful and inspiring. Writing is, for the most part, a solitary act, so the Lammys are a welcome annual opportunity to get dressed up, socialize, and celebrate.

One of the most touching moments of the night was the tribute to Lambda’s outgoing Executive Director Tony Valenzuela for his nine years of service to the organization (incoming Executive Director Sue Landers was named publicly this week and briefly introduced at the awards). Valenzuela has been a rock and a force in the literary world on behalf of the Lambda Literary Foundation and LGBTQ authors. Speaking briefly at the awards, he mentioned how he once reframed a question from a reporter, one that asked whether Lammys were still relevant after all the advancements in LGBTQ rights. Valenzuela commented that what he heard in that question was, “Now that we have these rights, do we need your culture?” Valenzuela’s vision and commitment not just to Lambda, but to queer culture, will be greatly missed by the LGBTQ literary community, and by me personally. 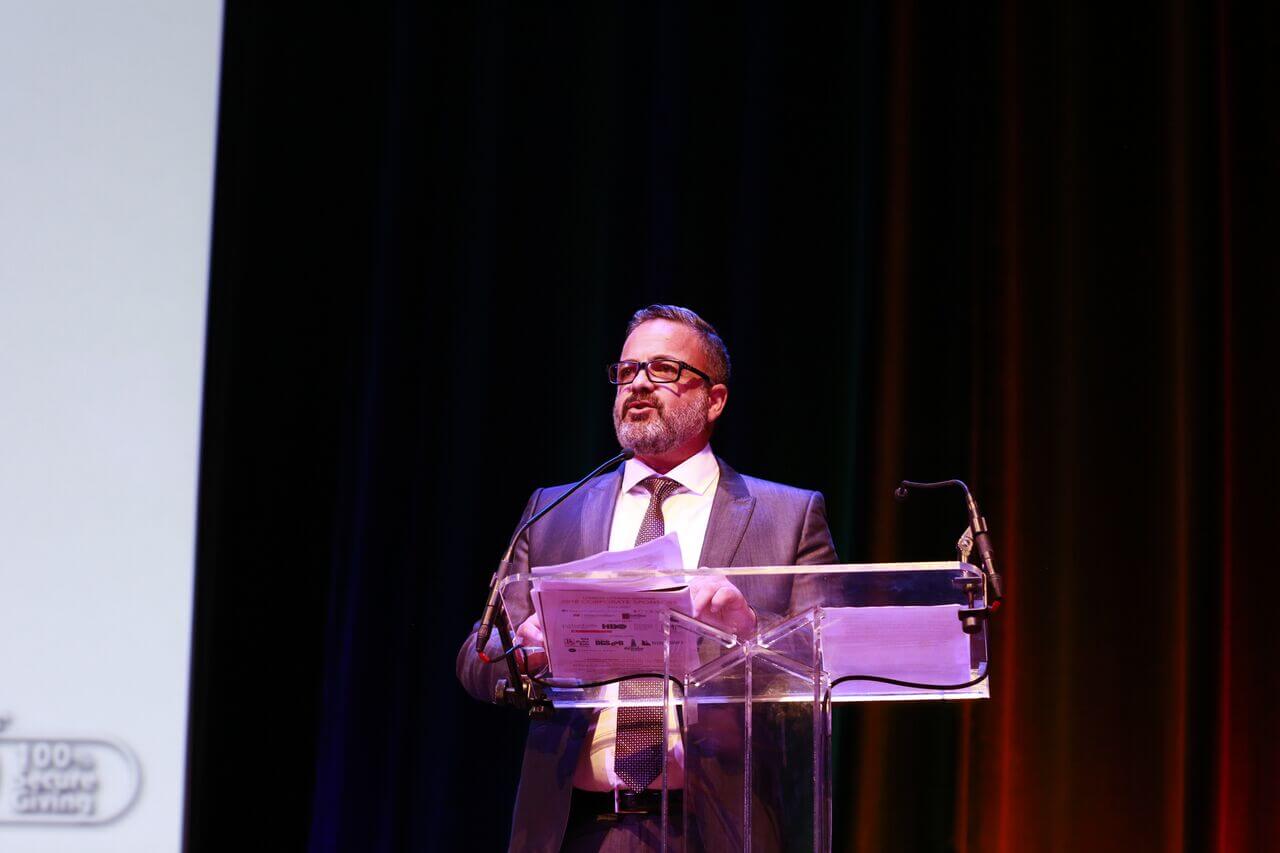 Edmund White was the recipient of this year’s Visionary Award. Speaking about his writing life and legacy, White poignantly brought attention to the writers who we’ve lost to HIV/AIDS, and spoke about the pleasure of writing. He said he’s often been asked if he regretted calling himself a gay writer. 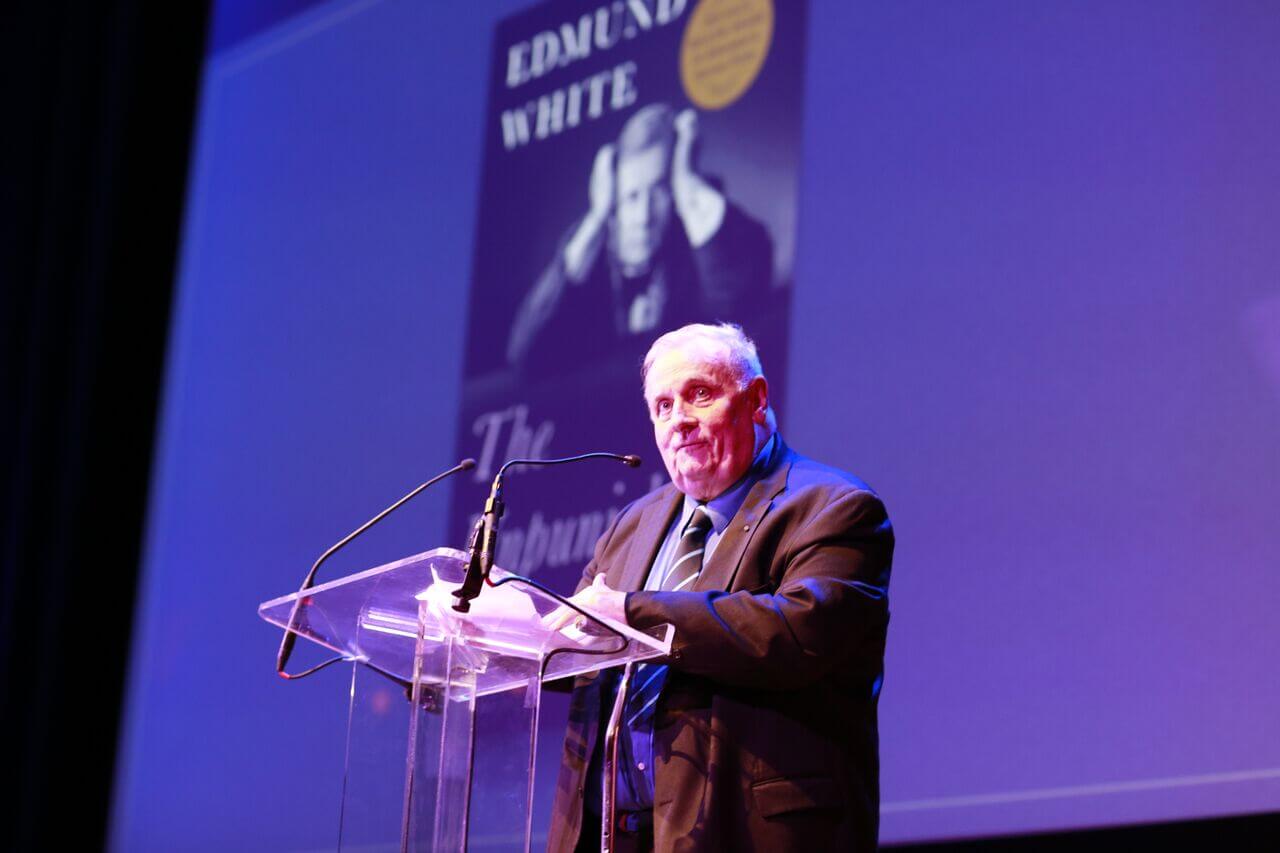 An absolute highlight of the evening was hearing Roxane Gay speak as she took the stage twice. Gay was awarded the Lambda Literary Award for her book Hunger, which won the Lammy for Bisexual Nonfiction, and then the Trustees Award. In her acceptance speech, Gay said, “On the page, I become the best or perhaps the truest version of myself–and it’s fun, and I don’t think we talk enough about that especially when we talk about marginalized writers.”

She also spoke of the pressures on marginalized authors to write our trauma for “public consumption.”

“Writing has offered me salvation and sanctuary,” she said. “I write because I just love writing.” 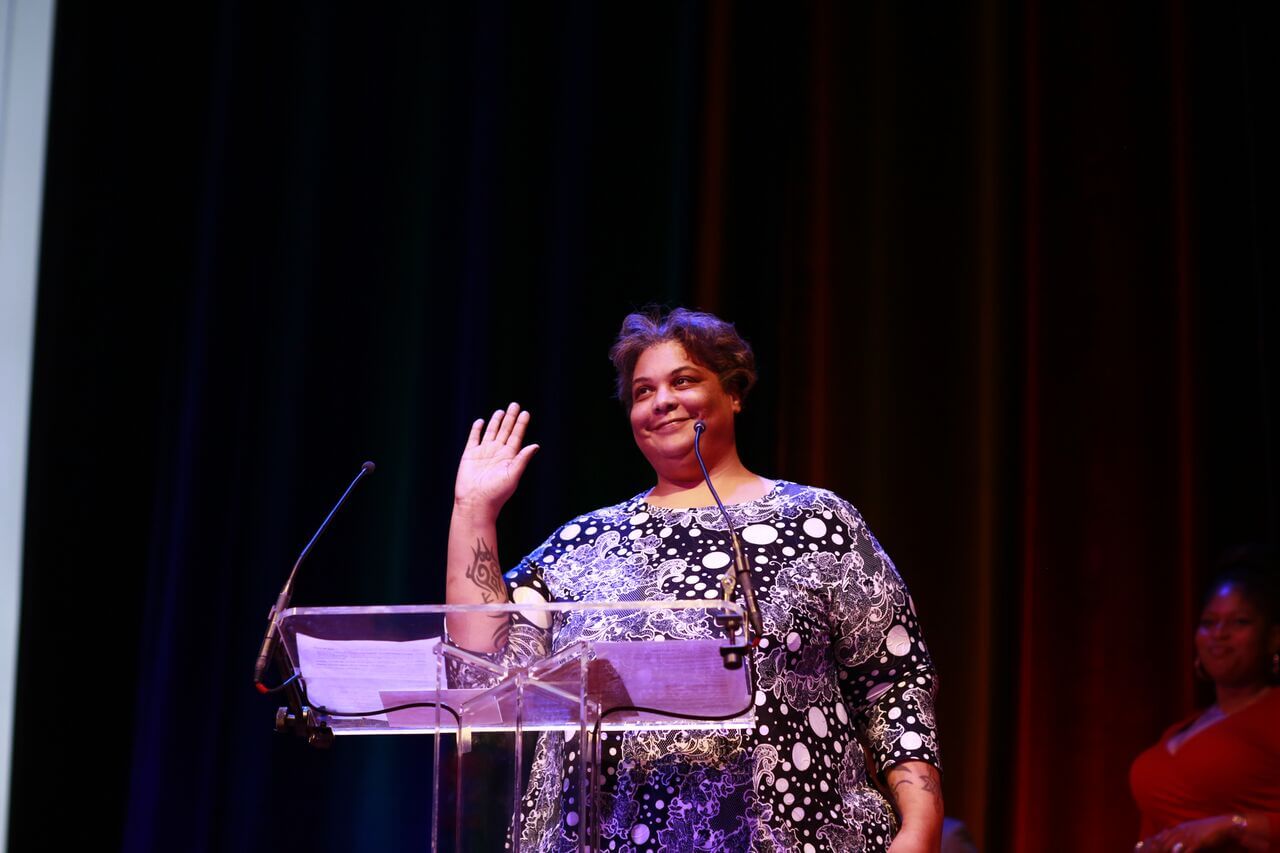 It was exciting to see the publishing professional award get more attention as part of the Lammy awards this year. The 2018 recipient of the award is Bluestockings Bookstore, an independent bookstore in the Lower East Side of New York City. We’ve lost so many incredible feminist, LGBTQ, independent bookstores, that it’s vital for writers and readers to support those that have managed to stay around.

The musical entertainment was cut from the show this year, but the presenters were fantastic. A highlight was Auntie Kate Bornstein joking that “With all the right wing lies going around about trans people I’m surprised they aren’t nominated for Transgender fiction” while preparing to announce the winner in that very category. 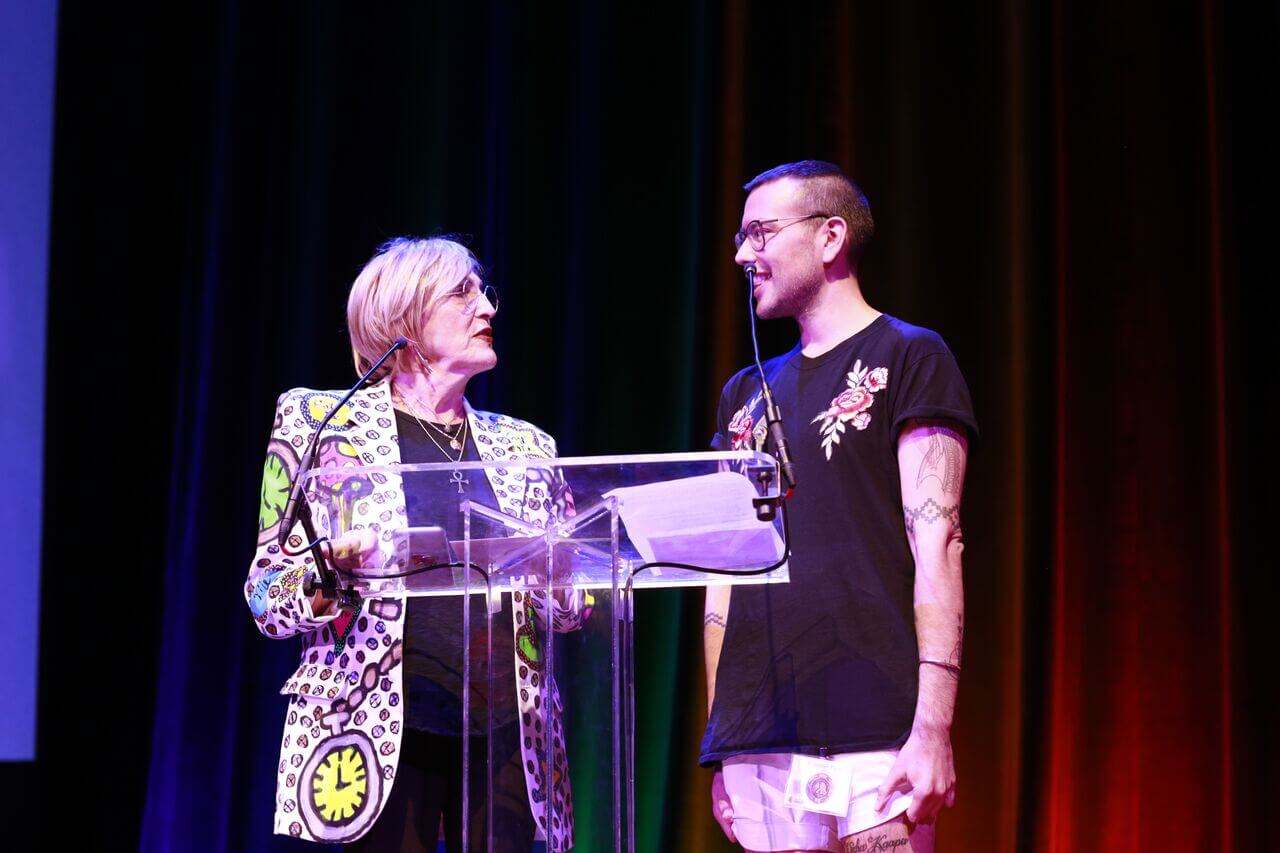 New this year at the awards were projected video acceptance speeches from winners who weren’t able to attend (because as more than one winner commented in their acceptance speech, let’s be real about how much money queer authors don’t make, and traveling to NYC ain’t cheap). Of course, the preference is to see winners take the stage, their excitement and emotion palpable, but it was fun to be able to put a face and voice to a winner instead of just the repeated voice-of-God saying “The foundation accepts this award on behalf of…”

Here is a full list of this year’s Lambda Literary Award winners.

Her Body and Other Parties, Carmen Maria Machado, Graywolf Press

How We Get Free: Black Feminism and the Combahee River Collective, Keeanga-Yamahtta Taylor, Haymarket Books

While Standing in Line for Death, CA Conrad, Wave Books

The Fact of a Body, Alexandria Marzano-Lesnevich, Flatiron Books