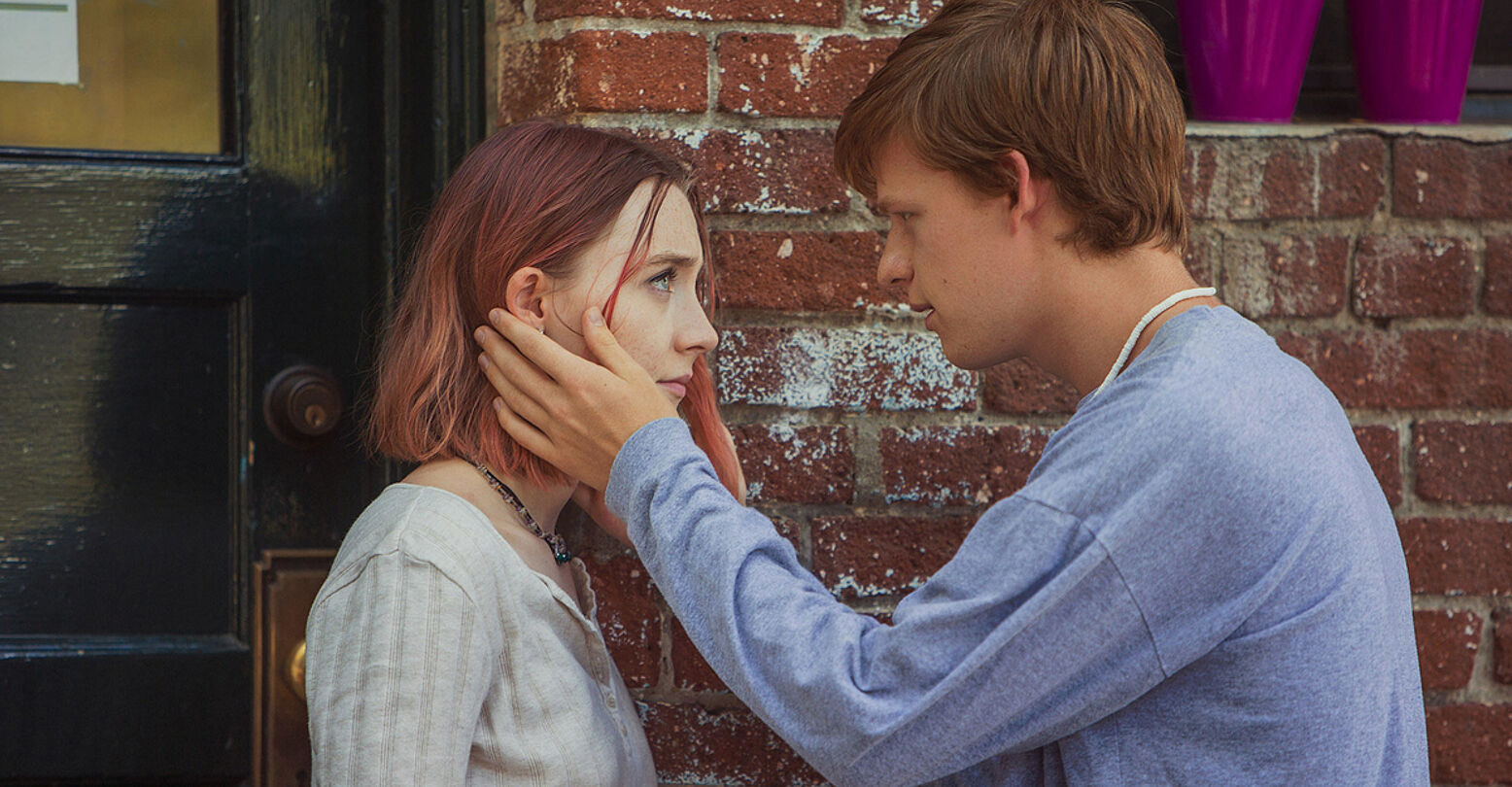 As we here at INTO wind down the year, we’re reflecting on what made 2017 survivable. Between domestic political inanity and increasingly unstable international diplomatic relations, the queer moments in art and culture kept us going. Luckily, one look at the movies this year reveals it was a particularly gay time at the cinemas in 2017.

From movies both foreign and American, there were plenty of LGBTQ characters and themes to keep us feeling festive. We’ve boiled down this gay year into six cinematic moments that made us smile. Here are the half-dozen gayest moments in 2017 movies.

[Editor’s note: Spoilers ahead for movies like Lady Bird, Beach Rats, Call Me By Your Nameand more below.]

Who: Lucas Hedges and Saoirse Ronan

What made it gay: Plenty of Lucas Hedges’ notes in his Lady Bird performance are queer, including and especially his school theatre audition to Into the Woods’ “Giants in the Sky.” But nothing tugged at our heartstrings quite as effectively as his tearful breakdown with Christine “Lady Bird” McPherson, the protagonist of Greta Gerwig’s solo directorial debut.

After Lady Bird finds her boyfriend Danny kissing another boy, she kicks him out of her lifeuntil he comes to her in tears over his fears of being outed. Instantly, Lady Bird’s anger dissolves into sympathy, and she embraces him as he cries into her shoulder. Gerwig wisely keeps the camera on them, as she wordlessly comforts him.

We’ve all been a Danny at some point, and in seeing this scene, we can only wish we’d had a Lady Bird, too.

What film: Professor Marston and the Wonder Women

But while the former all but erased Diana Prince’s queer origins, the latter tackled them head-on, in a refreshing true story about the creation of the world’s most famous female superhero.

Unlike 99% of queer films, Professor Marston foregrounded bisexuality and kink, exploring how those themesand the relationship between Wonder Woman creator William Marston, his wife Elizabeth Holloway Marston, and their girlfriend Olive Byrneinformed the character.

What made it gay: You can’t underestimate the power of Pride. The foreign film BPM, called 120 battements par minute in director Robin Campillo’s native France, has it in droves. Charting the progress of the Parisian ACT UP chapter in the 1990s, BPM’s heart beats wildly and messily.

The young activists who populate the cast are passionate, powerful, and precocious. They chafe up against each other and constantly fall into conflict. But during the first Pride parade in the film, they all come together to celebrate what makes them similar, not what divides them.

It’s an exuberant, joyful display, and one that reminds us what they wereand we arefighting for.

What made it gay: Before the era of Grindr and other apps, there were chat rooms. A kind of grimy middle ground between the cruising and mobile flirting eras, the chat rooms gave people like young Frankie (Harris Dickinson) a chance to explore their sexuality.

Is it healthy? Is it an honest expression of identity? Not really. But for Frankie, who’s trapped by the coffin of his own toxic masculinity in Brooklyn, it’s his only outlet.

There’s something painful about watching Frankie try to explore his sexuality while dating an unwitting girl and hanging out with his homophobic friends. One hopes that Frankie one day found a way to be himself, in the same way we all hope we can conquer our own demons.

What film: Call Me By Your Name

Who: Timothée Chalamet and Armie Hammer

What made it gay: This one needs very little explanation: As is written in Andre Acíman’s 2007 novel, teenager Elio (Timothée Chalamet) f*cks a peach in Luca Guadagnino’s adaptation. What’s played as sexy and risky in the book, however, is played as a sensitive beat in the film.

Elio’s lover Oliver (Armie Hammer) teases that he’s going to eat the cum-laden peach, but Elio breaks down and leans into his partner. His vulnerability reveals a love that goes beyond sensual sexuality, giving their relationship a surprising depth.

There are arguments for Oliver eating the peach, but to us, Guadagnino’s interpretation was just perfect. 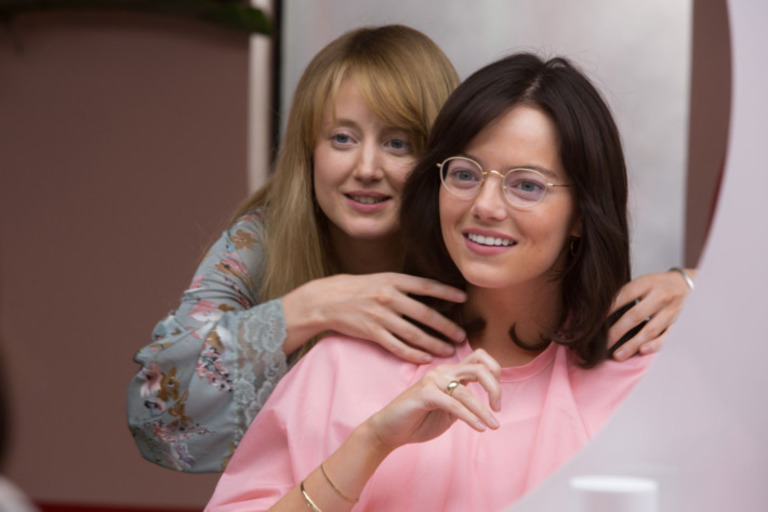 What film: Battle of the Sexes

Who: Emma Stone and Andrea Riseborough

What made it gay: Battle of the Sexes has been, for us, the shock of the year. A movie marketed as a typical sports film is remarkably both feminist and queer, with Billie Jean King’s relationship with hairdresser Marilyn Barnett taking the foreground.

There’s an odd whitewashing of their love storyspecifically, its tragic endinghappening in the movie, and that’s not to be overlooked. But their first meeting, a haircut that is positively laced with queer female energy, is perfectly handled. Emma Stone and Andrea Riseborough are wonderful in the scene, one that instantly sells us on their chemistry and attraction.

In a year full of great queer moments, this haircut stands out as the most pleasantly surprisingand just plain pleasant.