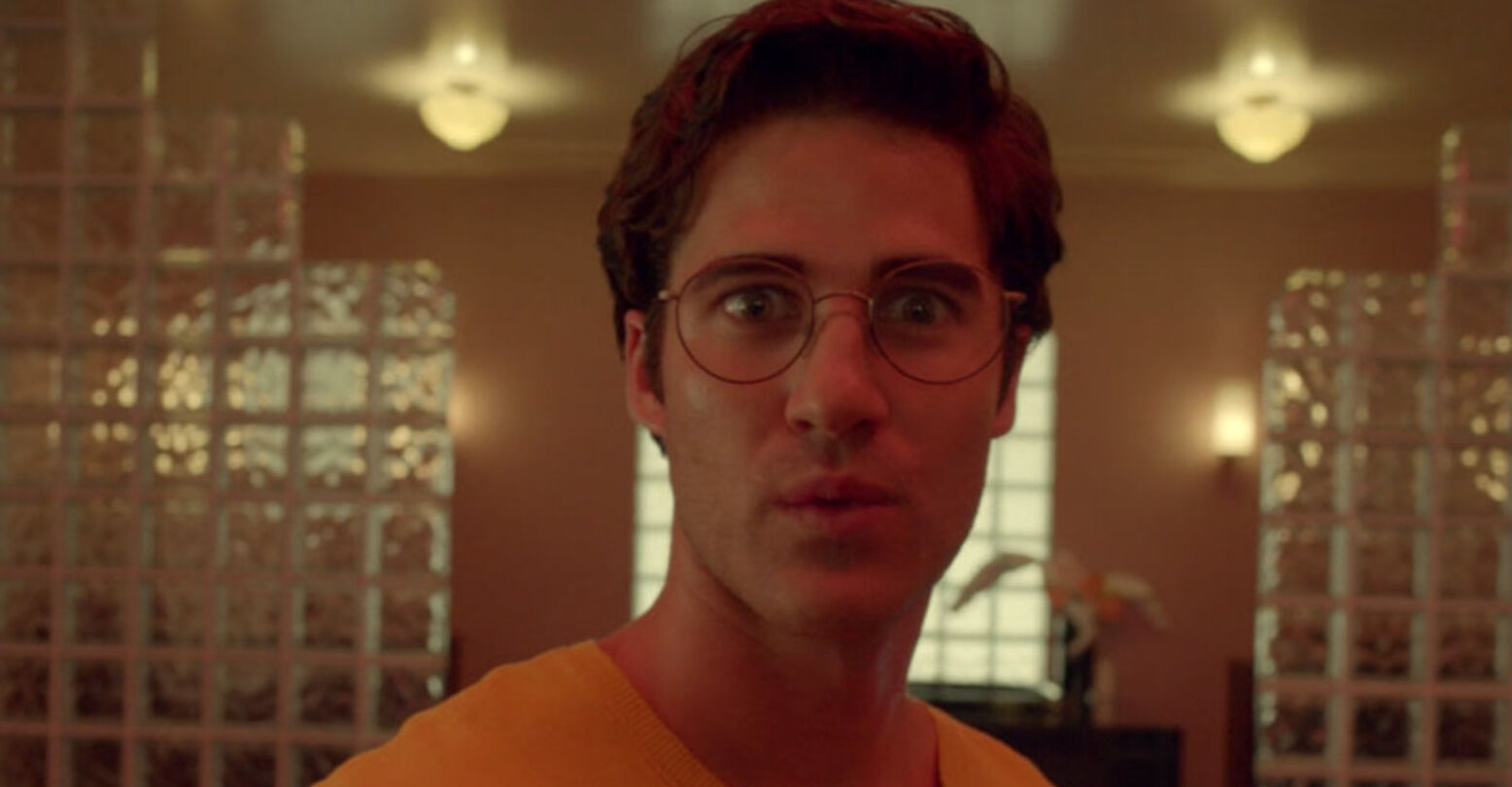 After sharing the limelight with the Versaces in the premiere of The Assassination of Gianni Versace: American Crime Story, Darren Criss’ Andrew Cunanan took over the spotlight in Wednesday night’s second installment. The first episode showed us how the actual murder happened; this one was a step away from that action, and a beginning of the character study of Cunanan that this series really is.

It’s also the introduction of that infamous pink Speedo Criss was spotted wearing on set. Suffice it to say both episode and Speedo do not disappoint.

There’s another big moment near the end of the episode to focus on, but let’s first turn our attention to that Speedo. It comes out as Cunanan walks Miami Beach where he’s fled to hide after a series of murders across the country. The police manhunt, as we see in parts of this episode, is hugely ineffective. Homophobia runs rampant in the police department; this is the ‘90s, and no one wants to put flyers up in the gayborhood.

As a result, Cunanan is able to hide in plain sight at a motel. He meets Ronnie, a squirrelly guy played by New Girl’s Max Greenfield, who nonetheless is earnest to a fault. Ronnie shares his tale of accepting that he was going to die, only to be flummoxed when he lived. “They handed me my life back, and I didn’t know what to do with it,” he says, voice trembling slightly.

Cunanan’s response is to lament the deaths of his best friend and soulmate people, we know, he actually killed. When Ronnie questions if they both died that year, Cunanan is ever so slightly defiant in his affirmative response. Trusting as Ronnie is, there’s a hint of skepticism in his eyes.

As depicted by Criss, Cunanan is a performer, a chameleon. His life is whatever he needs it to be in the moment. But he’s not quite convincing enough. There’s always a seed of doubt there. He has to supplement his decent-but-insufficient storytelling skill with charm and sex appeal hence the Speedo reveal. 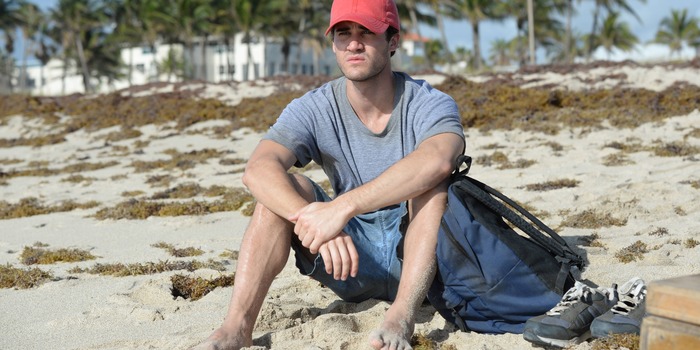 Cunanan strips down to his bright, pink swimwear to take a shower on the beach, all while bragging about his connection with Gianni Versace. He goes so far as to invent a proposal from the legendary fashion designer, which Cunanan says “didn’t work out.” His story is clearly bullshit, even to someone as trusting as Ronnie. But when he’s fit, cute, and wearing not much clothing, it’s easy to be charmed by Andrew Cunanan.

Throughout the series, we’ll see men with sharp minds being won over by Cunanan, either sexually or merely to succumb to his will. In this scene, we see exactly how hypnotizing Cunanan can be when he properly mixes his tall tales with his impressive physique. With historical hindsight, we can question why anyone ever trusted Cunanan. We can see how flimsy his stories were. But devils don’t lead with their horns; they appear in forms most tempting. His darkness is seductive, shrouded in grand stories of brushes with fame and fortune. The greatest danger of a man like Andrew Cunanan is in how charismatic he can be.

It’s little wonder Cunanan successfully lures a wealthy, married, older man back to his hotel room, only to duct-tape his face and leave him gasping for air. By the time Cunanan has used his john for a free meal and drink, the man is simply relieved to have survived.

Cunanan eventually leaves the motel and Ronnie, almost running into Gianni Versace himself at a club. He misses the designer, however, and instead ends up dancing with a random guy on the dance floor yet another man entranced by Cunanan’s looks. This time, though, as the guy asks what Cunanan does, the killer’s chameleon colors fail him.

“I’m a serial killer,” he confesses. The guy questions him, confused. “I said I’m a banker!” Cunanan says. And then he breaks.

“I’m a stockbroker, I’m a shareholder,” he begins. “I’m a paperback writer. I’m a cop. I’m a naval officer. Sometimes, I’m a spy. I build movie sets in Mexico and skyscrapers in Chicago. I sell propane in Minneapolis, import pineapples from the Philippines. I’m the person least likely to forgotten. I’m Andrew Cunanan.”

Without his grand stories, the true Cunanan is laid bare: He’s a kid desperate to be remembered, to be interesting. History has remembered him, of course not as a banker, or a stockbroker, a shareholder, or any of his other many disguises. In his desperation to be famous, he became infamous.

But it was well into his spree of killings that Cunanan got to the end of his rope. Next week, we’ll learn what drove him to murder Lee Miglin and the effect it had on his wife, Marilyn Miglin (played by Judith Light). That episode, like this one, and all the others, is just another piece of one complicated puzzle: How did Andrew Cunanan become Andrew Cunanan?

The next episode of The Assassination of Gianni Versace: American Crime Story will air Wednesday, January 31, at 10 p.m. on FX.