As the third episode of The Assassination of Gianni Versace: American Crime Story opens, we see neither Gianni Versace nor Andrew Cunanan. Instead, writer Tom Rob Smith and director Gwyneth Horder-Payton introduce us to Marilyn Miglin. Miglin is a home-shopping icon and the head of a beauty product empire worthy of a TV show in her own right. Considering the legendary Judith Light is playing her, you might expect Ryan Murphy and co. have suddenly decided to add another star to the mix.

But as much as Marilyn dominates the narrative this week, this is still not her story. We’re still in Cunanan’s; Lee Miglin, Marilyn’s husband (played by Mike Farrell), was his third victim. In flashes back-and-forth, we see both how he died, and how Marilyn handles the immediate aftermath of his murder.

When Marilyn has to go out of town for work, she asks an innocuous question of her husband: “What are your plans for when I’m away?” His struggle to answer his reach for any possible thread of what he’s doing depresses him mightily. “I’m going to work, like I always do,” he says, sitting, dejected, on their stairs. She asks if he wants to come with her: “I like it when you’re there.”

This takes Lee aback. “You do?” he asks. As depicted by Light and Farrell, the Miglin’s relationship is one of mixed signals and unspoken secrets. There’s clearly love there, but that’s only half the battle.

See, Lee’s real plans for when Marilyn is away are to meet up with a younger man he knows: Andrew Cunanan. There’s great hesitance within Lee for this meeting. As he goes to let Cunanan in, he freezes in front of his mirror and adjusts his sweater. He then lets out a deep sigh as he can’t quite get it right. The clothes are right; the fit is uncomfortable. Lee is a misfit in his own life, and meeting with Cunanan is his chance to try and find a better fit.

The Cunanan we see here is more aloof than prior. With Versace, he was trying to be the best version of himself. With Lee, he’s sloppy and distracted. This is, we know from history, the Cunanan who has recently killed two men. He can’t even muster the energy to pretend to care about his newest victim. 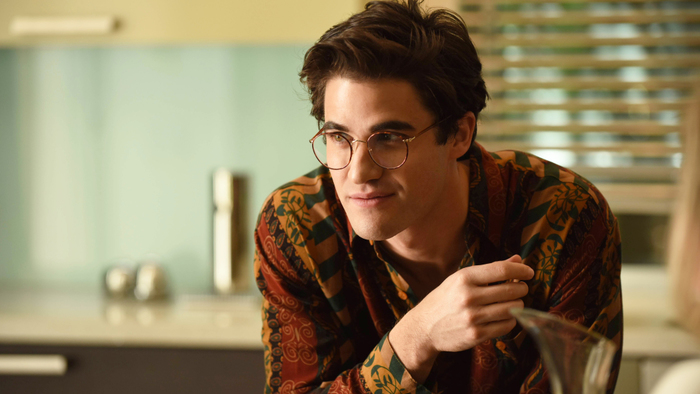 Unlike most of the episodes of The Assassination of Gianni Versace, Darren Criss’ Cunanan has relatively minimal screen time. Light takes center stage, particularly during the time after her husband’s death.

In fact, Marilyn wants Cunanan dropped from Lee’s history. She’s wounded to learn of her husband’s relationship with an escort, but her interest is in preserving his memory, not damning him in death. She wants there to have been nothing intimate between Lee and Cunanan, no connection. “We’ve never heard of him,” she insists icily. “It was a robbery, and a random killing.” It’s what she needs not just as someone who cares about how things look, but as a widow who wants her relationship with her husband preserved as she remembers it.

In a powerhouse scene, Marilyn applies her makeup while monologuing about her husband’s murder. “I know what they’re saying about me,” she says, applying her face with an unsteady hand. “Why hasn’t she cried? Where’s the grief, the emotion? She couldn’t have loved him. How could a woman who cares so much about appearance appear not to care? How dare they say our marriage was a sham? Lee and I shared our whole lives. We shared all kinds of adventures. We rode in hot air balloons. When I was lost in the desert, he rescued me. How many couples can say they have that kind of romance? I loved him. I loved him very much.”

She says those last lines through heaving sobs as Light allows Marilyn’s grief to overcome her. “There, is that better?” she spits. “Am I a real wife now?” 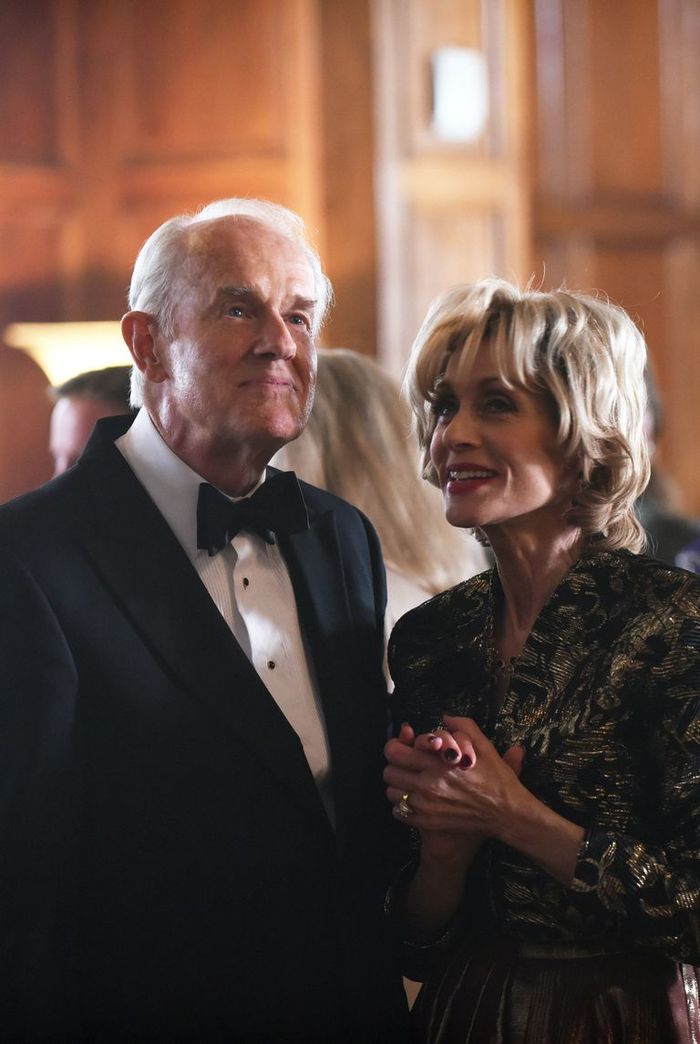 Marilyn’s plight is a sympathetic one. She knew her husband as one man; his death is revealing him to be another man entirely. Trying to make those ideas compatible is harder than merely erasing the parts of Lee that trouble her. Unfortunately, this reaction is rooted in internalized homophobia, both within Marilyn and the community at large. Her fear is not just that her husband was hiding secrets; it’s that the secrets would ruin his reputation ruin the idea of their marriage. And so, she chooses to hide Cunanan’s motive.

Ultimately, it’s this lingering homophobia that keeps the real motive behind Lee’s death a secret a recurring thread through this season of American Crime Story. We often think of homophobia as personally restrictive, a threat that keeps gay people in the closet and terrified of bullying, discrimination, and even assault. But homophobia is also structurally restrictive: For Marilyn to be secretive about her husband’s sexuality means one piece of the Cunanan puzzle was left out. The same goes for how the police wouldn’t canvas the gayest parts of Miami for Cunanan in the previous episode: Hate stands in the way of justice.

Personal and structural homophobia come together in next week’s episode, “House by the Lake.” Personally, it’s my favorite episode of anything that Ryan Murphy has ever done; think “Looking for the Future,” but so, so much darker.

The fourth episode of The Assassination of Gianni Versace: American Crime Story will air Wednesday, February 7, at 10 p.m. on FX.