Like many a gay man, I have a fraught relationship with Ryan Murphy.

This isn’t exactly novel. Murphy is the man who gave Millennial gay boys their teen gay romance dreams in Glee with Kurt and Blaine. He routinely serves us gay icons in rotation on American Horror Story. And he turned Sarah Paulson into an honest-to-God star. But he also derailed Glee with too many guest stars and flights of fancy, and makes every season of American Horror Story unbearable by the end. That’s not even mentioning what a disaster shows like Nip/Tuck and The New Normal became under his supervision.

He gives and he takes with both hands, to say the least. Suffering through much of the toxic and unnecessary American Horror Story: Cult (which I could actually never bring myself to finish) only solidified my resolve: Murphy’s good work isn’t enough to cancel out his significant flaws. Save for maybe the Charles and Diana season of Feud (I did just finish bingeing The Crown, so I have needs), I was ready to wash my hands of him.

Then came The Assassination of Gianni Versace: American Crime Story.

Specifically, then came the fourth episode of the miniseries, which does not feature Edgar Ramirez’s Gianni Versace at all nor Penelope Cruz’s Donatella, for that matter. “House by the Lake” is a twist on a bottle episode: Instead of limiting locations, writer Tom Rob Smith and director Daniel Minahan limit storylines. The only people we spend substantial time with are Andrew Cunanan (Darren Criss), and his second victim, David Madson (Cody Fern). The story itself is compact: Andrew kills former friend Jeff Trail (Finn Wittrock), and forces David to escape with him through a combination of blackmail and manipulation. In the process, the team produces something truly extraordinary: an episode of TV that doesn’t just understand the damaging effects of internalized homophobia, but communicates them in a way that makes me reflect on my own gay shame.

But look at that: I said “the team.” And I highlighted the director and writer. Not Murphy. Because even now, after having watched this fantastic episode of TV twice, I still can’t quite square in my head that Ryan Murphy the same Ryan Murphy who once had Kurt’s glee club teammates sing Bruno Mars’ “Just the Way You Are” to him, at his mother’s wedding could produce such a vital gay work. But American Crime Story is his show, and his team works with him to make his vision real. Murphy deserves the credit.

He deserves the credit for the layered, surprisingly complex characterization of David. Though the Cunanan murders are all question marks in one way or another be it motive or details about the victim that remain sketchy David Madson is the biggest blank. So Smith and Murphy have fleshed him out into being a deconstruction, of sorts, of the Best Little Boy in the World stereotype. David is a clean-cut young man, an architect striving to be the best in his office. When he was younger, as we see in a flashback, he sought his dad’s approval by getting the best grades and academic awards. He only comes out to his father after presenting him with evidence of scholastic achievement.

“You waited until you won this award to tell me?” his father asks. David can only squeak out that he wanted to pair “good news” with “bad news.”

The irony is, David Madson was very good. As Murphy and Smith tell it, he was a sweet guy, patient to a fault with Andrew’s disturbing behavior, and good at his job. But he felt shame regardless. He felt embarrassed about having some sexual interests nothing horrifying, just non-heteronormative. He felt he had to hide these parts of himself. He felt gay shame.

Andrew uses that shame to his advantage in this episode. He questions how David’s family might respond upon learning about David’s desires. He ponders whether they’ll actually believe that David had nothing to do with Jeff’s murder. He plants seeds of doubt that take hold in David’s mind, making the architect worry that the image of him as wholesome and good has been shattered.

For most of the episode’s runtime, Andrew is physically keeping David with him, either with hands or with threat of gun violence. The young architect has no choice; he’s stuck on the run. But there’s one moment, in a bathroom bar with a cracked window, that David has his chance to escape.

And he doesn’t take it. 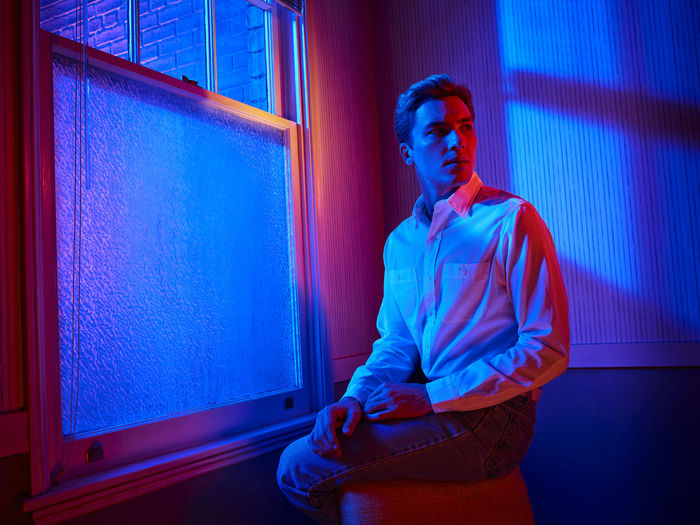 Smith’s script zeroes in on a particularly insidious part of Andrew Cunanan’s spree: He, a gay man, uses his would-be lover’s insecurities about his own sexuality to trap David with him. We see David shift from resistant to angry to resigned through their trip out of Minneapolis. But because of the psychological damage Andrew does to him, he can’t take his way out when he has it. He’s too worried about the ways which his family won’t accept his dirty laundry, or won’t believe his innocence. The price of that choice, of course, is his life.

Heartbreakingly, David isn’t wrong in his assumption. Despite knowing the kind of man his son is, all it takes is detectives telling David’s father that there are things he and his wife “don’t know” about his son for him to grow suspicious. We don’t see more of his reaction, so it’s possible he’d have been fine. But the fear of his father’s reaction lingers, both for us and for David.

At the end of this installment, Andrew shoots and kill David. He would go on to kill three more, Lee Miglin being the next, before his killing spree ended in his own suicide. But because of the series’ reverse structure, in the next few episodes, viewers will learn more about both David and Jeff, the first man Andrew killed. We’ll get more of Fern’s extraordinary performance as David, for which he should almost certainly receive attention come Emmys time.

But there’s something about the end of this episode that feels final, largely because how Smith, Murphy, and Minahan structure it as a complete story. David is a tragic figure, undone by his own fears and shame thanks to the manipulations of a former fling-turned-spree killer. He’s hardly the only good man to fall victim to his own shame.

For this thoughtful, heartbreaking portrait of gay shame, Murphy has something I can honestly say I’ve never felt for him before: respect. He may be a frustrating creator, but any artist who can work with a team and execute a vision so nuanced and so vital deserves our attention. It’s my delight to say that the rest of this series is just as great, too.

The fifth episode of The Assassination of Gianni Versace: American Crime Story will air Wednesday, February 14, at 10 p.m. on FX.