In my initial review of The Assassination of Gianni Versace: American Crime Story, I described Darren Criss’ performance as Andrew Cunanan as “like an Instagay of the ‘90s: opportunistic, narcissistic, and a pathological liar.” We’ve seen flashes of that so far, particularly the pathology of dishonesty. But it’s in this sixth episode, “Descent,” that we see Andrew as the original Instagay fully flourish.

Andrew is throwing a birthday party for himself. He’s hosting it at the home he shares with his wealthy lover, Norman Blachford (Michael Nouri), in La Jolla, California. And everything about it has to be perfect. From his friend and future victim Jeff Trail’s presentation of his birthday present (Andrew actually bought a pair of shoes to give him instead of Jeff’s actual gift) to how he talks about his living situation (Norman isn’t a sugar daddy, Andrew is just living with him to redesign his home!), Andrew’s whole presentation is a construction.

Even how we first see him in this episode is bullshit. We see Andrew, nude, taking an extravagant dip into Norman’s pool on this gorgeous property as if Andrew is directing the scene himself, convincing his audience that all this is his. As the episode goes on, and the narrative escapes Andrew more and more, we learn just how false this tableau is.

Speaking generally, my issue with Instagaydom at large comes down to dishonesty. The very act of sculpting your life through what you choose to post, what lighting and filters you use, who you’re photographed with is like lying in grand form. Now, you could argue that social media invites such curation, be it on Twitter, Facebook, Snapchat, etc. I wouldn’t disagree with you there. But we all work to put forth our best selves, our funniest selves, our smartest selves. That’s true of real life as well.

What I find troubling about doing the same on Instagram is that it’s such a physical medium that allows for little context. See this white, cisgender, gay man with perfect abs? See him hanging out with dozens of men just like him, traveling on a seemingly infinite budget from fabulous location to fabulous location? An Instagay isn’t going to tell you that this is all a fabrication, a carefully designed life meant to attract more attention that will, in most cases, ultimately be converted into advertising revenue through sponsorships. They want you to believe in that fantasy. Context is the enemy of success on Instagram.

So we have a generation of young queer people who are growing up seeing these Instagays as not just a form of success, but the pinnacle of success. These hyper-stylized lives are seemingly achievable. Maybe it’s harmless and I’m being anxious over nothing. But I think, were I a young gay person trying to come into my own in 2018, I’d be constantly comparing myself to Instagays. And I think, in my mind, I’d lose that battle every time. 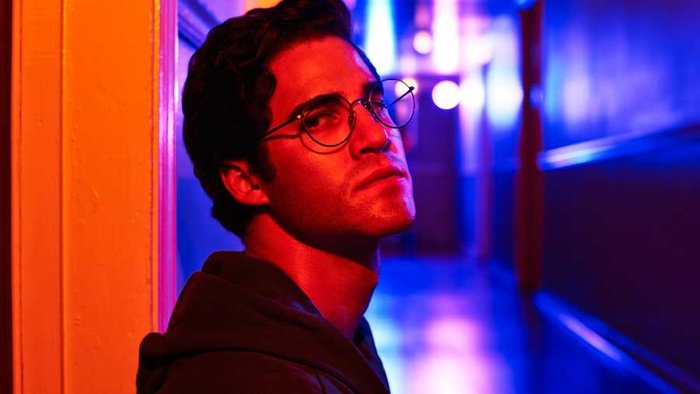 Andrew’s life, on the other hand, has context. If that first nude swim is what we’d see on his Insta story, the rest of the episode is what we’re not seeing posted on an Instagay’s feed. The party turns into a disaster, with every attempt to flatter Andrew’s crush, the adorable architect David Madsen (another future victim), foiled by the fantasy unraveling. After the party, his tantrum to Norman falls on deaf ears, and Andrew finds himself cut off from his funding. Finally, an extravagant trip to Los Angeles, all spent on worthless credit cards, to seduce David proves futile.

“Descent” is the story of Andrew’s perfectly curated life falling apart. This is how the spree killer we’ve seen in the episodes so far came to be: his lies consumed him, and his attempts to cover up his pathetic core were unsuccessful. Andrew Cunanan may have been the original Instagay, but he lacked the filters and the platform to keep up the charade. At episode’s end, he’s left a husk of his former self, being washed in a bath by his mother.

The Assassination of Gianni Versace: American Crime Story is as much about how a killer is made as it is about his killings. Through its reverse storytelling structure, we learned more about the latter first. But now, we’re seeing the former seeing how the seemingly perfect life slipped away from him.

That’s a lesson that’s still true: There is no such thing as the perfect life, no matter how it’s presented online. People get older. Looks fade. Money runs out. A fantasy is just that and it’s only so long until the truth is revealed.

The seventh episode of The Assassination of Gianni Versace: American Crime Story will air Wednesday, March 7, at 10 p.m. on FX.