While she was alive, Hedy Lamarr got zero credit or compensation for her part in the invention of the technology we now use for cell phones, secure wifi, bluetooth, and GPS. Known primarily as a 1940s film star, Lamarr appeared opposite Clark Gable in Boom Town and Comrade X and alongside co-stars Lana Turner and Judy Garland in Ziegfeld Girl, but it was her ability to be more than just the pretty face people likened her for that makes for a great story.

Now in theaters, Alexandra Dean’s Bombshell: The Hedy Lamarr Story attempts create one of the most truthful portraits of the mysterious inventor/actress to date. Using a decades-old audio cassette interview to frame its story, Lamarr herself seems to be narrating the action in her lightly accented American English. 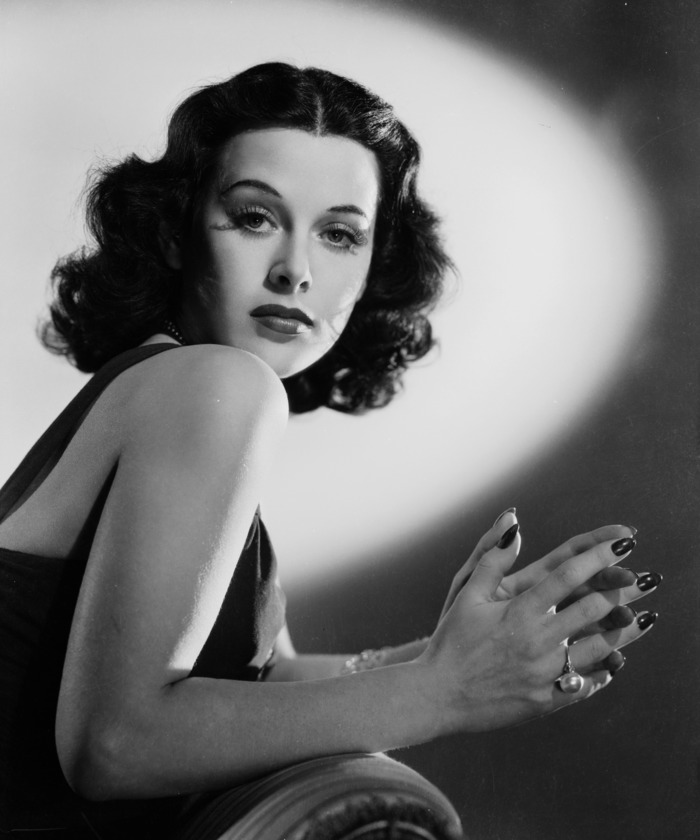 Lamarr’s European career was capped with a starring role in the film Ecstasy in which she had nude scenes and mimed an orgasm, both cinema milestones when the film was released in 1933. For the rest of the 1930s, her life was a whirlwind. She married a wealthy munitions manufacturer, grew bored with being a trophy wife, left him and encroaching Nazi rule in Austria (she says she disguised herself as one of her own maids to escape), met film producer Louis B. Mayer, set off for the U.S. on the ship he was traveling on and ended the trip with a lucrative Metro Goldwyn Mayer contractand a profile in an American newspaper as an up-and-coming star.

Her first film in Hollywood, Algiers with Charles Boyer, set her career in motion, and many actresses of that era then copied her signature look: dark hair parted in the middle and similar makeup. Even the animated Snow White in Snow White and the Seven Dwarves bore a resemblance to Lamarr.

When the U.S. entered World War II, a remote for the radio in her Hollywood home gave Lamarr the idea of frequency hoppingmaking communications secure by switching radio frequencies in a pattern both the sender and recipient knew, but which others couldn’t decipher or jamto guide torpedoes to Nazi targets. She collaborated with avant-garde musician George Anthiel to patent the technology that they then donated to the U.S. government. The military did not use the patent during that war, but resurrected it to use in the Cuban Missile Crisis and other military operations.

In spite of Bombshell‘s documentation of a post-war engineer using the patent in his work for the U.S. government, some men still insist on trying to discredit Lamarr. One calls her a plagiarist, even though no one else either used or patented frequency hopping before she and Anthiel did (World War II might have had a very different ending if, as the man implies, Lamarr’s first husband, who worked for the Nazis, was the original inventor). A woman biographer describes the reluctance of men to give Lamarr her due as, “You don’t get to be Hedy Lamarr and smart.”

When Lamarr wanted to join the Inventor’s Council formed to help fight the Nazis, officials told her she would be of better use selling kisses and dances for war bonds. 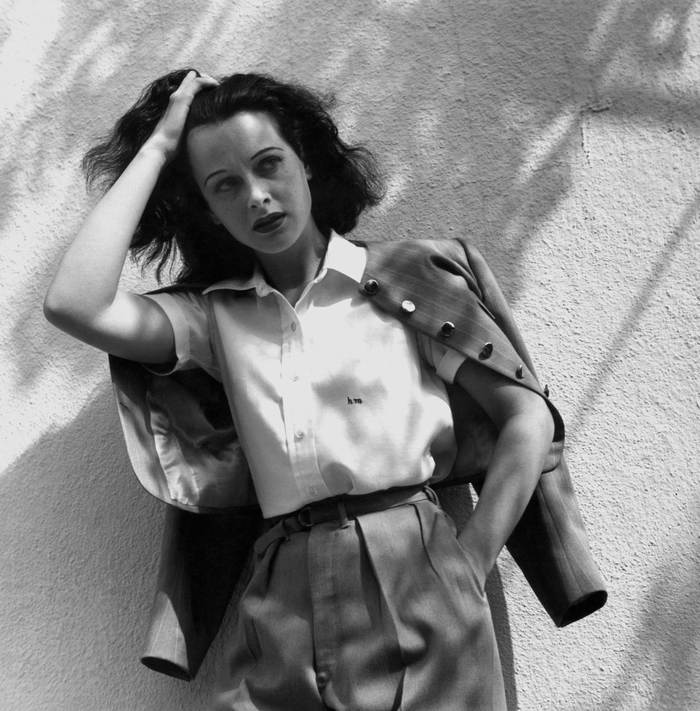 Frequency hopping wasn’t her only innovationshe also worked with Howard Hughes designing airplanes and suggested to her plastic surgeons techniques for the face and body lifts she wanted, creating procedures that were popular for years afterward. Sadly, the evidence of her many surgeries made her self-conscious. She became a recluse who often talked on the phone (the audio of the framing interview is from a phone call) but she didn’t leave her apartment.

“She didn’t want to be seen,” her son says in Bombshell.

MGM doled out speed to Lamarr so she could work long hours for them in the studio. Like her Ziegfeld Girl co-star Judy Garland, Lamarr continued to be addicted for much of the rest of her life. She was also a victim of Max “Dr. Feelgood” Jacobson who injected famous patients (including John and Jackie Kennedy and Marilyn Monroe) with methamphetamine misleadingly called “vitamin shots.”

Her addiction was a factor in Lamarr’s abuse of her children and her two arrests for shoplifting. Amphetamines might also explain the wild lapse in judgment that led her to send her acting stand-in(!) when she was called to testify during her divorce from a Houston oil tycoon (who afterward married another gorgeous, brunette, 1940s movie star: Gene Tierney).

Bombshell barely touches on her personal life (besides her six marriages and her claiming Hughes was “the worst lover she ever had”), Lamarr’s attraction to women is more prominent in her pre-Stonewall autobiography Ecstasy and Me. The biographers claim she participated in “lesbian encounters and masochistic sex games,” but when Lamarr saw how people reacted to the queerand other sexualcontent in her book (published at a time when no other Hollywood personality had come out), she sued the publisher, claiming her ghostwriters included events that never occurred. She lost her libel case and the “real” autobiography she claimed she was working on for years afterward never materialized to set the record straight (or otherwise). 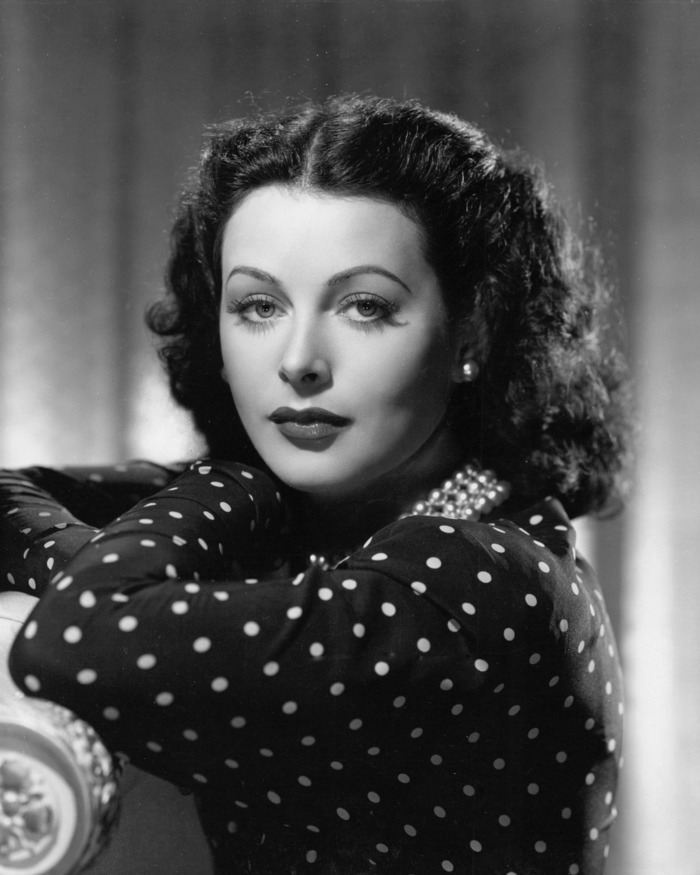 It’s difficult to know what to believe when it comes to Lamarr, as throughout her life, Lamarr denied or omitted other parts of her past that were well documented. When she first came to the U.S., Lamarr told a Hollywood gossip columnist that she was an innocent girl manipulated by the filmmakers in the sexually-charged Ecstasy. She also hid her older son from her daughter, only mentioning his existence when the latter uncovered a photo of them together when she was a baby. Lamarr said she’d found him difficult and passed him on to another family. And despite coming from a well known, secular Jewish family in Vienna, when her daughter asked if she was Jewish, Hedy responded, “Don’t be ridiculous.”

As said of Hedy Lamarr in Bombshell, “She created her own reality, and I find that fascinating.”

Bombshell: The Hedy Lamarr Story is in theaters now.