Alison Bechdel’s surname is arguably more famous than she is.

The Dykes To Watch Out For comic strip creator had no way of knowing that a 1985 storyline for her illustrated lesbian characters would inspire a new notion of feminist film-viewing. In “The Rule,” Bechdel draws a conversation between two dykes where one explains that she has a rule for the kinds of movies she’ll watch.

“One, it has to have at least two women in it,” she says, “who, two, talk to each other about something besides a man.” 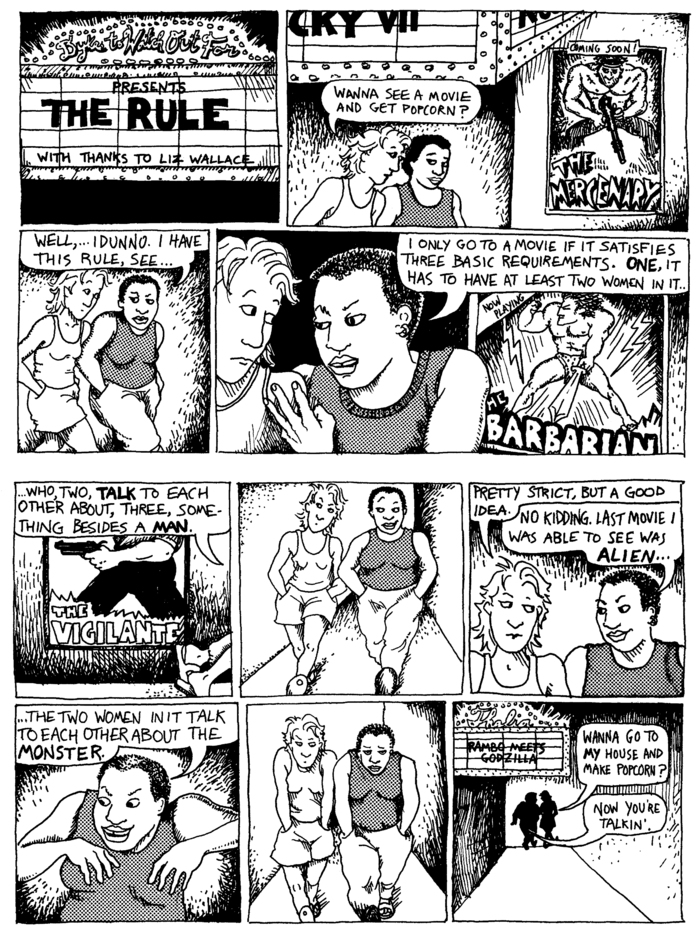 That very simple idea has since spawned The Bechdel Test, a way for critics and viewers alike to decide if a film is going to be women-friendly. And yet, there are still too many movies that can’t pass this basic outline, which largely has to do with the same gatekeeping that has kept women directors from being hired, or for stories focusing on a womanbut especially, more than one woman.

“It was just a lesbian feminist joke of the ’80s, the kind of stuff we were all saying to each other,” Bechdel said in a Recode interview earlier this year. “And it, you know, it just disappeared. But then, 20 years later, these young feminists resurrected it. I think it started with women in film school who were being told the exact opposite. ‘If you want to sell a movie to Hollywood, don’t put more than two women in it, etc.”

The Bechdel Test has proven very useful in calling out the continuous sexism permeating both classic and modern cinema, but as things have improved (slightly), there is much more to consider. Recently, FiveThirtyEight challenged women directors, writers, producers, and reporters to propose additional tests that might help weed out films that pass in theory, but are still not quite up to par when it comes to representation of women in front of or behind the camera.

Actress/writer Rory Uphold proposed that we ask if the on-set crew is 50 percent women, a test surely many films of past or present would fail indisputably. Lena Waithe’s test would judge the representation of women of color, specifically that a black woman included in a film would have a powerful position and also be involved in a happy relationship. Boys Don’t Cry filmmaker Kim Peirce proposed that there be a female protagonist with her own story, and that she has dimension (“and exists authentically with needs and desires that she pursues through dramatic action”), leading the audience to empathize with her as they might a typical male hero.

But despite queer inclusion of Waithe and Peirce in this discussion, the proposals for new Bechdel-esque Tests leaves out any notion of LGBTQ-ness, a bizarre oversight considering the test’s origins.

If you consider that the original comic strip came out at a time when lesbian-themed films were few and far between, and queer women largely had to make do with subtext (thus the Alien reference), not only was The Bechdel Test a way for women to enjoy films, but for queer women to seek out films that were not all heterosexual-themed love fests.

Gay film historian Vito Russo inspired a similar test for LGBTQ visibility that is now named in his honor. The Vito Russo Test requires a film contain a character that is identifiably lesbian, gay, bisexual, and/or transgender, and that character must not be solely or predominantly defined by their sexual orientation or gender identity. They also must be a part of the larger plot and not just a colorful side character used to set up a punchline (or, worse, be the punchline).

In theory, these two tests can and should coincide for not just women and/or queer viewers, but for moviegoers seeking authenticity and truthful representation of the tapestry of human life in general. This should certainly extend to representation of POCs and the calling out of harmful tropes and stereotypes that will otherwise continue to permeate the work available on all size screens. But if a conversation about The Bechdel Test touches upon all other facets of women-friendliness and leaves out any kind of queer inclusion and representation, then it is already a failure. Besides that, every single lesbian-themed film that exists passes the Bechdel Test, something that should not be ignored.

Queer women have long been champions of women having something other to talk about and do than something related to men, and The Bechdel Test has inspired this ultimately queer and feminist reading of the movies we accept, allow, and support. Even non-queer specific films that pass The Bechdel Test are part of a legacy that was inspired by the queer feminist lens, a way of consuming media with a discerning eye and ear tuned into the insistence of not only misogyny but heteronormativity and racism, along with other problematic notions that have existed far too long in the boys club that is the industry.

Forgetting where the Bechdel Test came from does a great disservice to not just Alison Bechdel, but any woman who doesn’t identify as 100 percent straight. We’ve already subsisted on crumbsif it’s time to update the tests films must pass to be women-friendly and watch-worthy, then it’s surely time that queer women be not just included but welcomed into the fold that they helped to initiate in the first place.

“It’s really funny to me that the idea hadn’t got much traction in the popular culture until now,” Bechdel told The Atlantic. “Like, finally, 30 years later, the world is ready for basic lesbian, feminist principles.

Images via Alison Bechdel and Getty 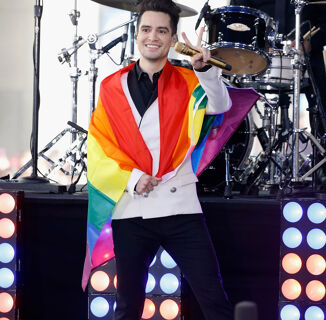 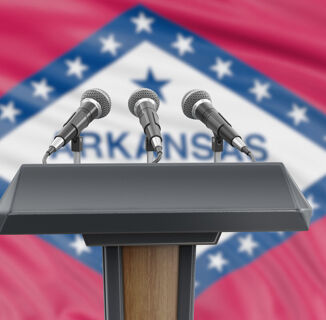 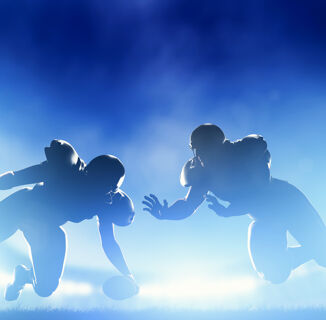