Like many things in present-day America, Insatiable is divisive. Since the moment the trailer dropped last month, the new Netflix show has drawn polarizing reviews for its gutsy narratives and sharp-tongued social commentary. The backlash inspired dozens of think-pieces, more than 200,000 signatories on a petition demanding Netflix cancel the show, and official statements from the show’s stars and creator.

Obviously, there was a much-needed conversation about on-screen body positivity that needed to take place, but amidst all the chatter, another important fact about Insatiable was overlooked: the show’s generous queerness. Insatiable doesn’t just feature one queer character, but three — all of whom are leads, rather than ancillary love interests, tropes, or side-kicks used as devices to drive another character’s story. Actually, two of the queer characters have absolutely nothing to do with each other — they just coexist in a realistic world where queerness is abundant — and that’s something we don’t see often in mainstream comedies.

There’s Nonnie, played by the riotous Kimmy Shields, who’s hopelessly in love with her best friend Patty (Debby Ryan). Throughout the first season of Insatiable, we watch Nonnie come to the gutting realization that she’s queer (and smitten with Patty). As a queer woman who has, unfortunately, been through an extraordinarily similar scenario, it’s painful to watch Nonnie dote on her best friend, bubble with jealousy when Patty gushes about a male crush, and let things slip out like, “We should make out!” and, in response to Patty’s surprised stare, add, “With guys!”

Then there’s Bob Armstrong — played by Dallas Roberts (whom queer women might recognize from The L Word) — Patty’s effeminate lawyer-turned-pageant coach. Armstrong is married to Coralee (Alyssa Milano), but discovers a newfound visceral attraction to his arch nemesis, another lawyer named Bob Barnard (Chris Gorham). Like Nonnie, Armstrong navigates his budding sexuality and faces biphobia within the queer community, as well as his own internalized homophobia. All of this is portrayed through biting humor and satire, which is refreshing. 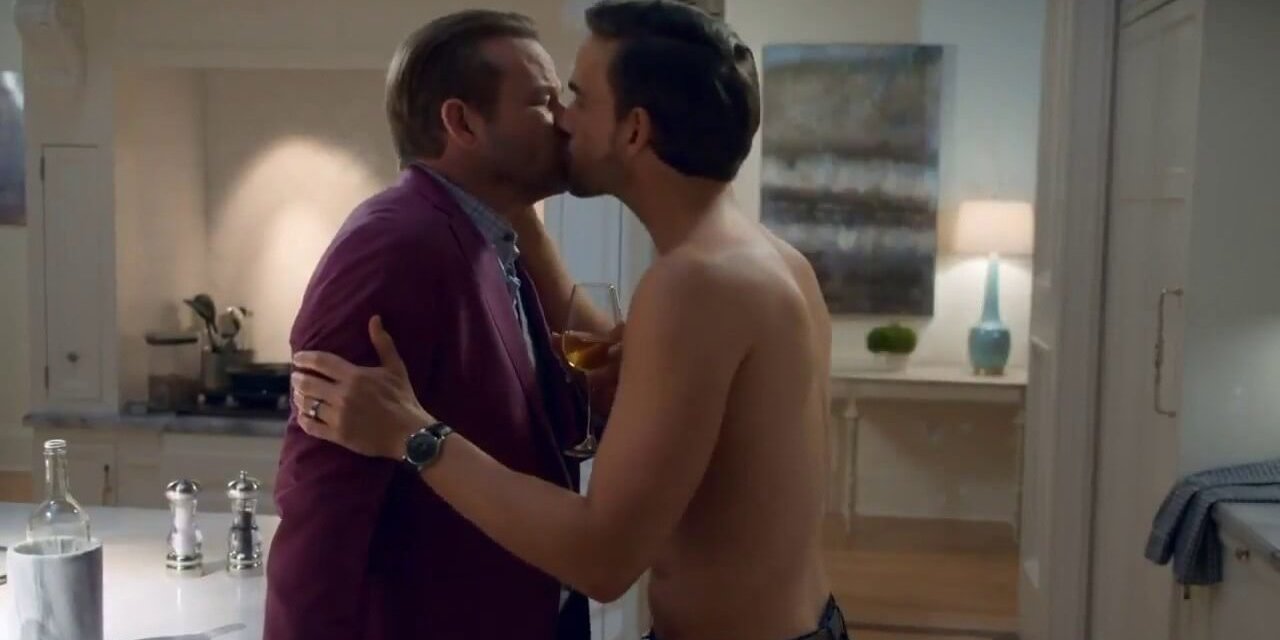 It’s still rare to see such stories play out on a TV show, especially one that’s funny. Of course, we’ve had some recent wins with characters like Captain Raymond Holt and Rosa from Brooklyn Nine-Nine, or Elena in One Day at a Time, but so often, queer stories are told through a heavy and dramatic lens. We totally need those stories too, but sadly, it’s rare to see queer characters who are in on the joke or cracking the joke, rather than being the butt of the joke. Both Nonnie and Bob’s cringeworthy journeys are handled delicately, and it’s clear they’re written from a place of experience and self-deprecation. We have the show’s out queer creator Lauren Gussis to thank for that.

“I came out as bisexual relatively late — I was 24 years old,” Gussis tells me. Now in her 40s, the former writer and co-executive producer of Dexter had time to reflect on how internalized homophobia prevented her from coming out, as well as how its molded her perception of herself. Gussis infused her characters with her own experiences as a queer person.

For example, after hooking up with Bob Barnard, Bob Armstrong grapples with his own gay panic — or bi panic — saying things like, “Bisexuals are like demons or aliens: they don’t exist!” To which Barnard replies, “Totally agree. Bi is just a stop on the way to Gayville.” As a bisexual woman who’s faced decades of biphobia, Gussis sought to starkly portray the insidious discrimination she’s faced in her own life — from both queer and heterosexual people. 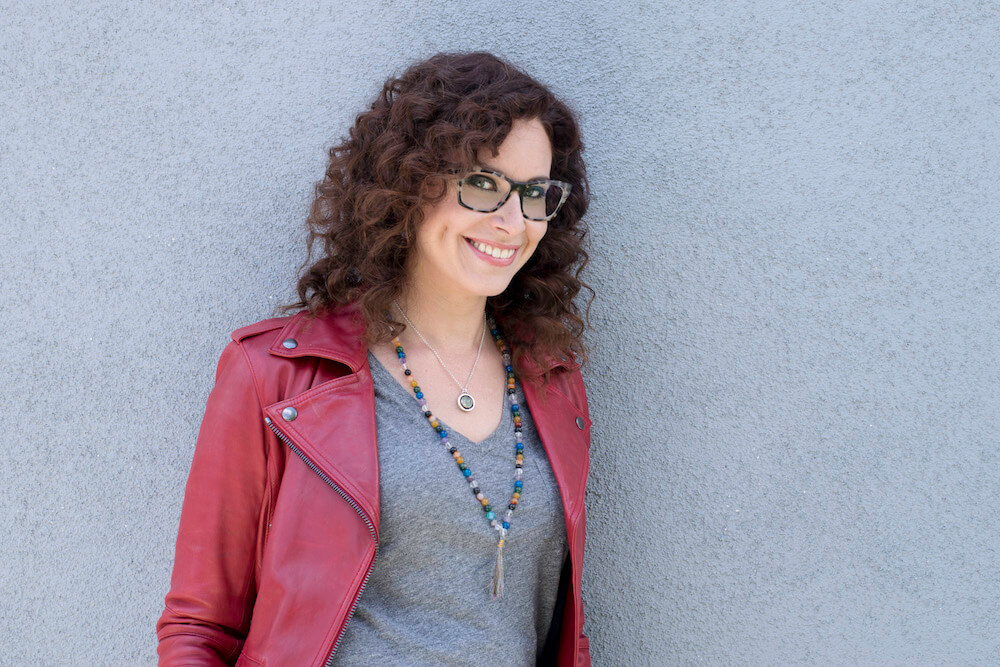 “So often — even in, and sometimes especially in the queer community — people have assumed that by identifying as bisexual I’m just in denial, and waiting to come all the way out of the closet,” Gussis says. “I am actually attracted to both women and men, and when I read articles written about ‘Does bisexuality really exist?’ I always find it so ridiculous — like I’m being compared to a ghost or an alien.”

Insatiable is brimming with audacious moments like the aforementioned; the show holds a mirror up to internalized homophobia and obtuse misconceptions about queer people. Like when the high school’s top jock and airhead Brick (Michael Provost) is forced to do community service at the local LGBT center, he’s asked to cover up the “slurs” that vandals spray-painted on its walls. Brick begins painting over the word “gay,” until a queer person says they meant the wall outside — which is covered in swastikas and the word “faggot.” The moment feels like a breath of fresh air because for once, ignorant heterosexuals are the butt of the joke: we all know at least one dillweed who thinks the words “gay” or “lesbian” are solid roasts, rather than sexual identities.

In another scene, while Nonnie is still closeted, she insists there’s nothing wrong with being gay when Patty is accused of being a lesbian. But when the same observations are lobbed her way, Nonnie vehemently denies it, and Patty says “I thought there was nothing wrong with being gay,” to which Nonnie retorts, “Yeah, for you!” What a harrowing portrait of me in high school.

Insatiable does a deep dive into the nuances of present-day homophobia. As a queer woman in a heterosexual relationship, Gussis feels like her queerness is constantly overlooked or erased. She wanted to play with the Bobs, and also Armstrong’s relationship with his wife, to illustrate such bi-erasure.

“Because I’m married to a man, people automatically assume that I’m straight,” she says, “which means that in order to be fully seen for who I am, I constantly have to come out of the closet in a way that I wouldn’t were I in a relationship with a woman.  Likewise, I experience bi-erasure, because people wrongly assume that because I chose a male partner I’m no longer bisexual, I’m straight.” Gussis adds, “But that’s inaccurate. The person I chose doesn’t change who I am, it just means I found my person.” 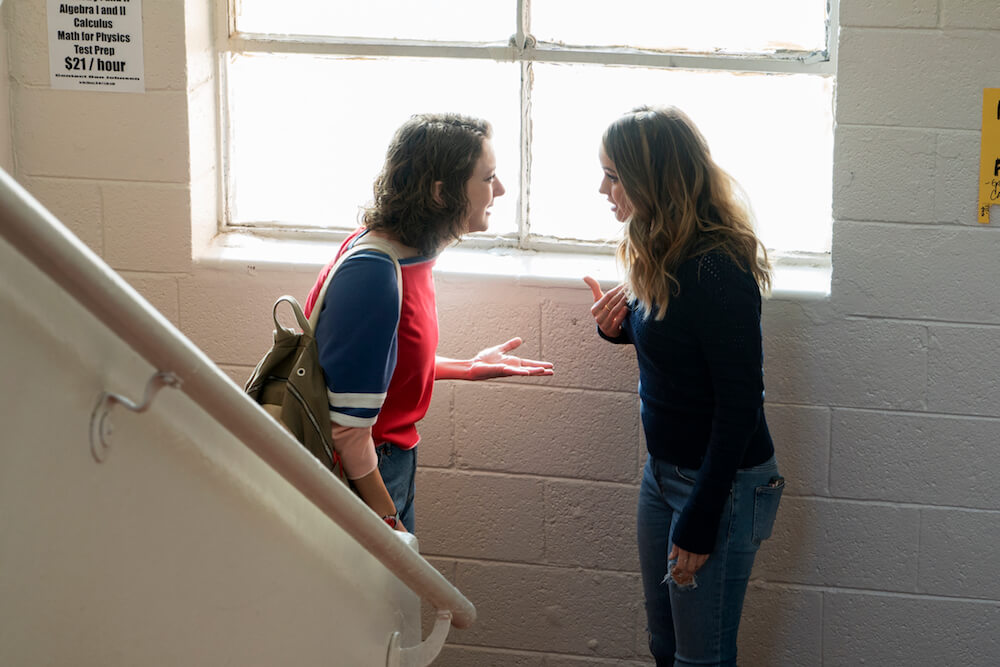 The creator also wanted to touch on polyamory, and how it can play into bi relationships. “I felt like there wasn’t a ton of representation on television of married couples who have chosen varying degrees of monogamy,” she says, “especially couples who aren’t just ‘bored’ and looking to ‘spice things up,’ but who choose to make their own rules from a place of open-mindedness, direct communication, acceptance of the other person, and willingness to think outside the box.” Gussis adds, “I felt like it was important to call into question assumptions about what it means to be married, what it means to be bisexual, and what it means to potentially love more than one person.”

All 12 episodes of this plucky Netflix comedy are out to prove that queer people deserve a chance to laugh at their own hardships, as well as the ridiculous stigmas and stereotypes they face every day — and honestly, in a political landscape that makes every day feel like acceptance is slipping through our gay fingers, the show comes as much-needed comic relief.

As GLAAD reported, representation for queer people is scant on TV — this year, there were only 51 LGBTQ regular characters on streaming services, and 19 recurring. Many times, even when shows have queer protagonists, they’re surrounded by heterosexual friends and family members. In Insatiable, queerness is everywhere, and as we know, queerness isn’t scarce, nor is it surrounded by heterosexuality. LGBTQ people often immerse ourselves in packs of queer friends, exes, even queer family members. Basically, where there is gay, there is more gay — and Lauren Gussis knows this.

“The characters emerged as who they were — and several of them happened to be queer,” Gussis says. “It didn’t make sense to change who they were to make the show ‘less gay…’ so I just stayed true to the stories that wanted to get told.”

Insatiable is now streaming on Netflix.