It can’t be avoided. From the first episode, lit up in neon, are the words “The Bisexual.” In spite of the increasing visibility of some kinds of LGBTQ people on mainstream TV, from the happily married couple in Modern Family to the queer shows of yore like Queer as Folk (UK and US) and The L Word, bisexual characters rarely appear at all, much less as title characters of a show.

Binaries seem easier for people to deal with, be they queer or straight. And that’s one of the many things that makes The Bisexual such a strange, singular piece of art: it refuses to be utopian about queer communities, instead showing the cracks, and their causes. 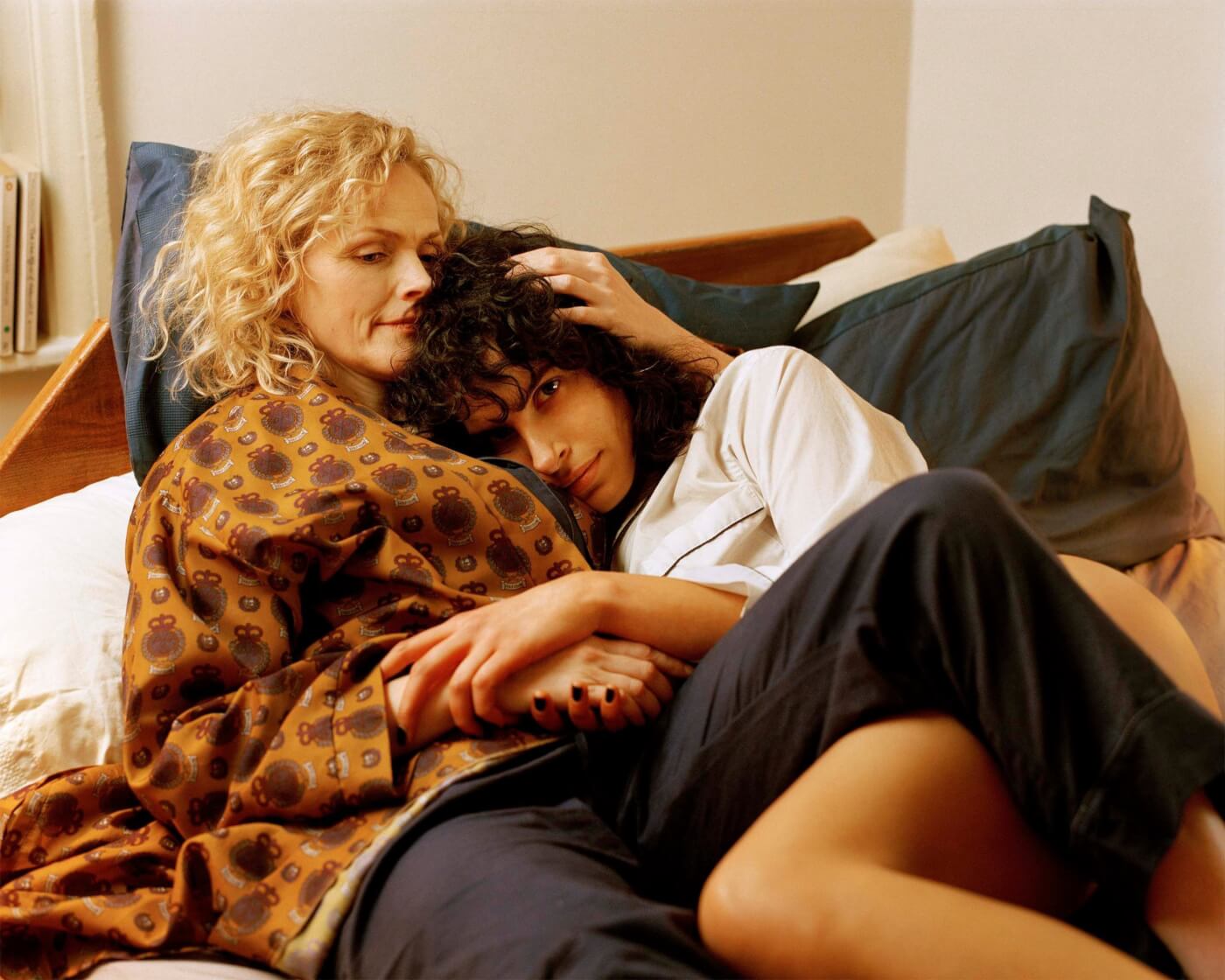 The lesbian clique in The Bisexual wouldn’t be too pleased with a reference to The L Word. In the show’s first episode, when Leila (Desiree Akhavan, the show’s star and writer) takes her new housemate Gabe (Brian Gleeson) out to a gay club, the women all insist that lesbians don’t just sit around talking about The L Word, even though they mention it once as a way of describing what a member of their group is like. Whether by design or not, The Bisexual finds itself acting as something of a queer Mythbusters, with characters debating and challenging the assumptions and baggage that come with being queer. But this isn’t just done as a way to show the straight characters (and viewers) where they’re wrong; the show is even more interested in exploring some of the insidious presumed truths that circulate within LGBTQ communities. Fittingly, and thankfully, The Bisexual refuses to pick a side.

Leila herself makes the case against bisexuality just after her friends make their case against The L Word, saying that it was “invented by ad men to sell flavored vodka.,” At this point, she isn’t sure what she wants, or what to call herself.  This comes off the back of a bisexual woman being described as a “sex tourist.” Clearly all is not well within this community; the idea of bisexuality comes across as something of a threat that would somehow dilute the purity of this group of people. While the phrase “gold-star gay” isn’t used in the show, it’s impossible not to think about it as these characters discuss and dissect the (non)existence of bisexuality. 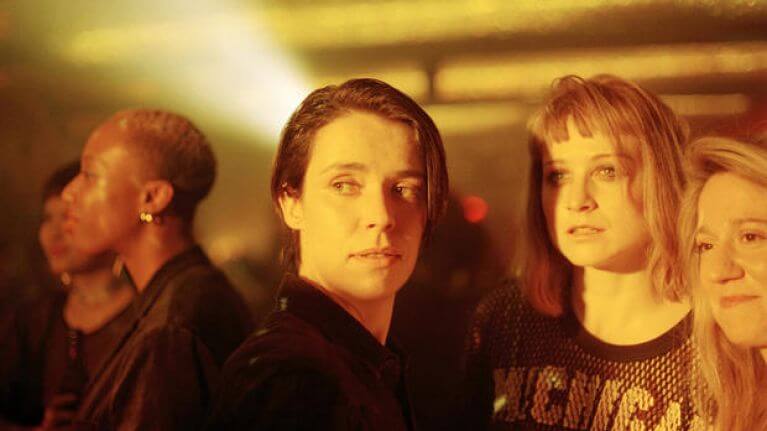 Throughout the show, Leila slowly begins to explore her attraction to men, something that she keeps secret from many of her lesbian friends. For a community built on tolerance, it says a lot that someone would need to avoid revealing something like this about themselves to a close friend, almost as if they’re being forced to stay in the closet. At a party, Leila is asked if she considers herself to be bisexual. “I don’t like that term,” is her reply. It’s a reply that seemingly every bisexual character uses, preferring to say that they “don’t like labels,” or “just like people.”

But The Bisexual refuses to offer easy answers to questions of identity; Leila goes on to talk about the challenges of identifying as bisexual, calling it “unprecedented,” and unpacking the baggage of being bi, the assumption that it’s something that exists to get attention at parties or to sell flavored vodka. Leila is right to call bisexuality unprecedented; bi erasure runs rampant in both straight and queer communities. While David Bowie is said to be straight, Freddie Mercury has been claimed as gay, when the reality for both men lies somewhere in the middle. For certain gay and lesbian people, there’s something about bisexuality that doesn’t quite fit in with their visions of community. In The Bisexual, this is described as your genitals having “no loyalty,” perpetuating the idea that if you’re bi and find yourself with someone of the opposite sex, you’re sleeping with the enemy. 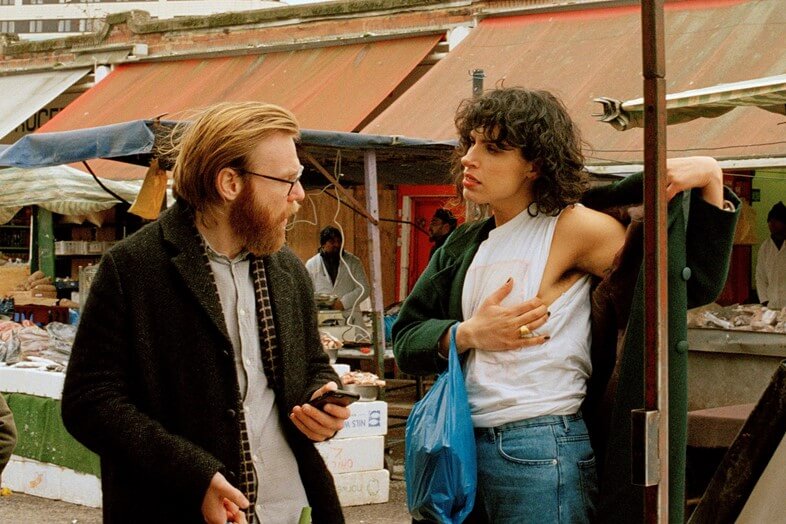 The Bisexual challenges the binaries that exist in queer communities. Leila is described as looking “a bit mannish,” which somehow means that “it’s almost more gay for her to be straight.” Things always find themselves moving back to dichotomies: masculine/feminine, man/woman, straight/gay. But things are never quite that simple. In a conversation with Leila about queerness, Franziska argues that Leila is “finding a problem where there isn’t one” in terms of defining her sexuality.

The show challenges the idea that bisexuality is somehow inherently a deceitful act. Leila is asked “why did you pretend to be a lesbian?” and variations on that question throughout the show. Her former long-term partner Sadie (Maxine Peake) asks this as well, and Leila replies “because it didn’t matter. I was in love with you. It wasn’t relevant.” Sadie spits back that it was relevant, returning to the idea that Leila’s bisexuality somehow means that she could never be satisfied. This idea of satisfaction seems hypocritical when so many gay or lesbian relationships are not monogamous; in everything from Dear White People to The Inheritance, monogamy is challenged or considered outdated, yet when someone’s search for satisfaction includes a second gender, it somehow becomes a betrayal, with queer communities seeming to be more than willing to discard the people who aren’t exactly like them. 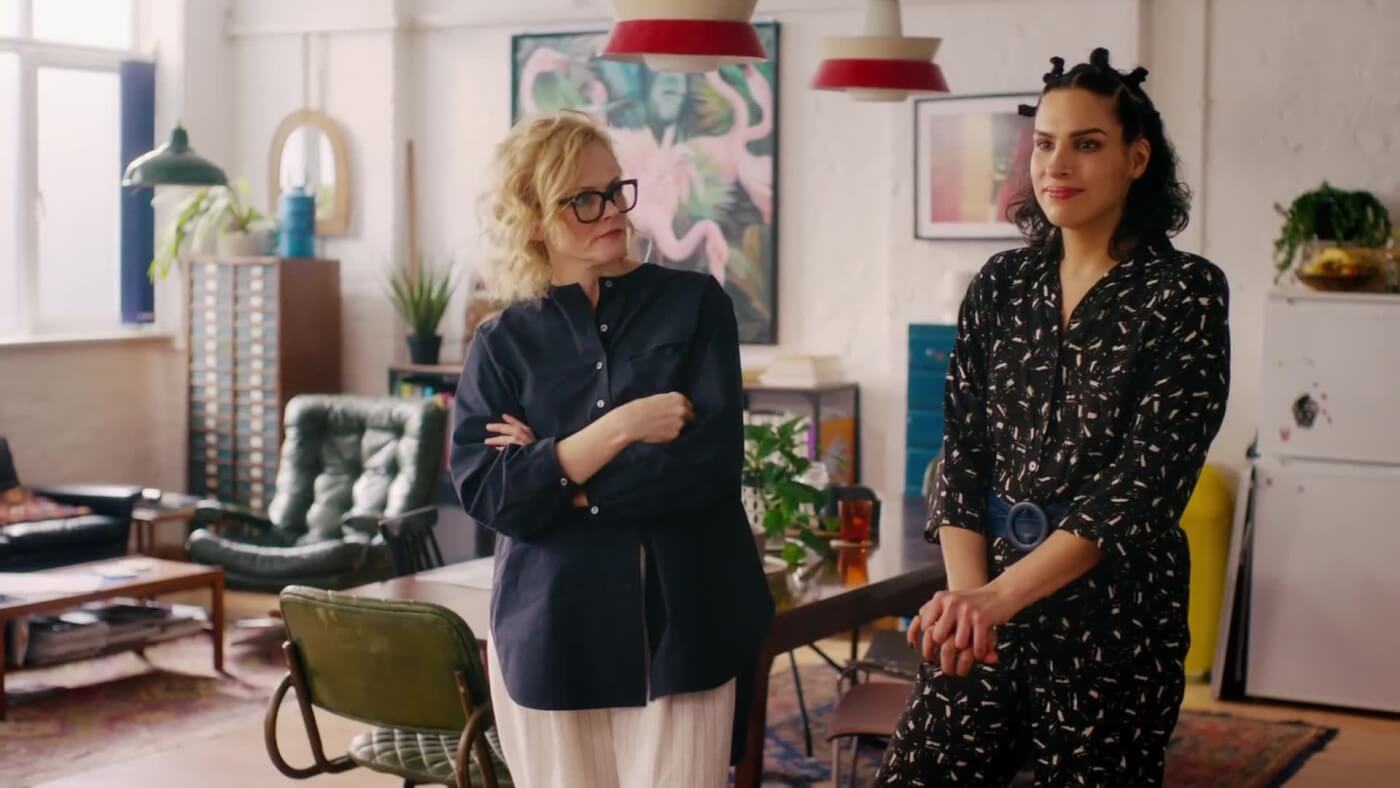 The Bisexual never loses sight of Leila, or her journey both within queer circles, and beyond them. Her current partner never invalidates the ones that came before. In the end, Leila herself puts it best, saying that her bisexuality was never “about wanting to fuck men. I didn’t know what I wanted or what I liked.” Satisfaction isn’t just about dick or not, instead it’s about how much you can get from a single person or a single community.

The Bisexual challenges those communities, revealing both where they’re strong, and where they’re weak. In discovering her bisexuality, Leila’s identity as a queer person is never diluted, she doesn’t become less than any of her lesbian friends once she begins seeing men, and while her relationship with community becomes more tumultuous, she refuses to turn her back on it. With The Bisexual, and the challenges the show poses to straight people and gays and lesbians, bisexuality no longer has to be unprecedented.