The 1990s and early 2000s were a groundbreaking time for queer television and a big part of that was because of Queer as Folk. The first episode of the iconic show premiered in December 2000 and was immediately memorable for how explicit it was in talking about and showing gay sex.

“Back then, you couldn’t get married. There was Don’t Ask, Don’t Tell in the Army,” Ron Cowen, Executive Producer, said. He explained that the show aired in a different time when gay people didn’t get to see themselves on television. “In 13 states, there were still sodomy laws on the books. It was a very hostile atmosphere.” 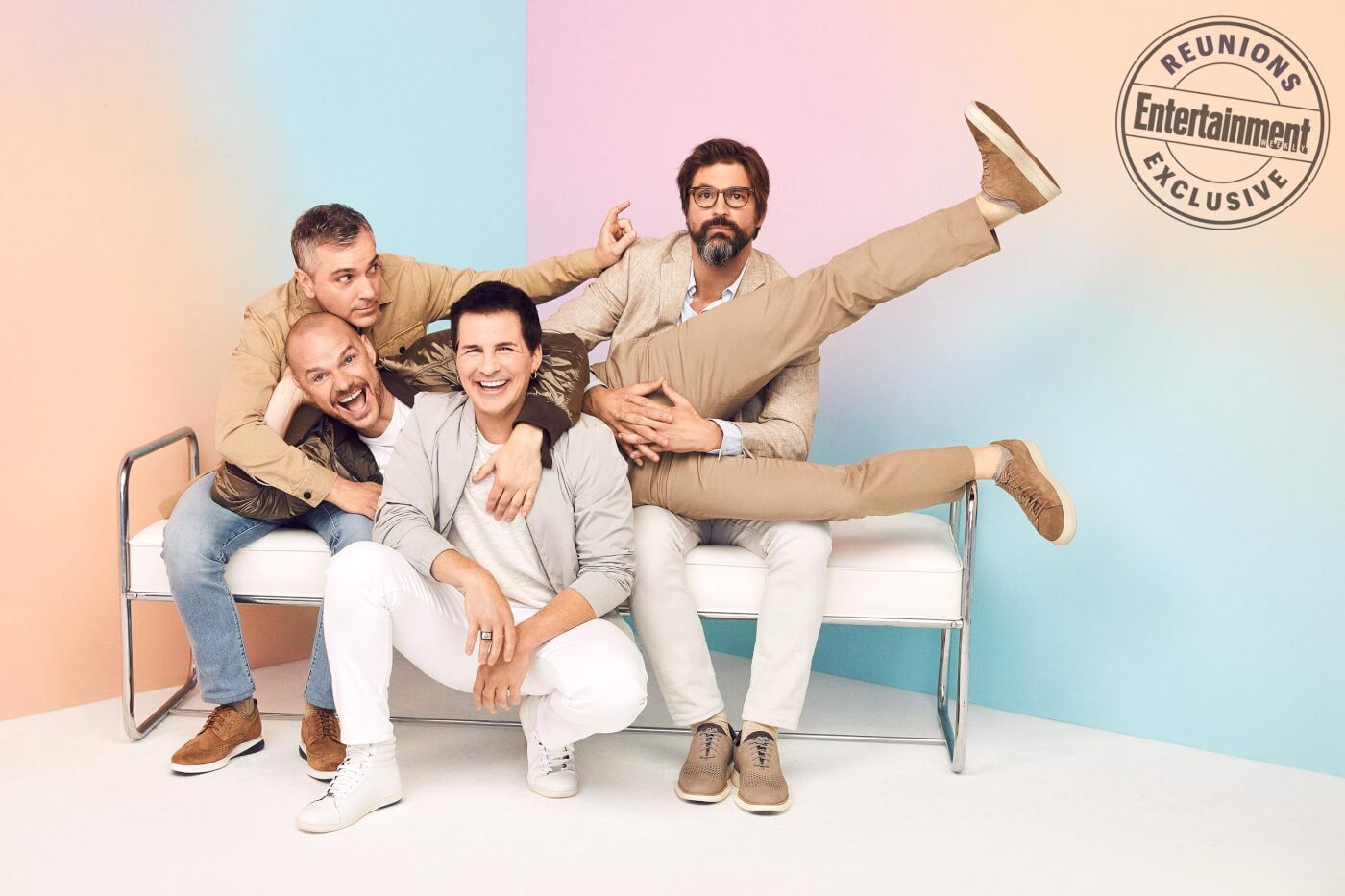 The group, including Thea Gill, 48, and Michelle Clunie, 48 (who played Lindsay and Melanie, respectively), talked about the criticism the show faced for being so sexually explicit. They were surprised that a lot of the show’s criticism mostly came from gay people and organizations, not conservative religious people.

Even today, 13 years after its finale, it stands as a really provocative series. In fact, even if it came out this year, it would probably carry some of the same spark. Evidence of that is in the fact that the cast attends a lot of fan conventions. “That’s a pretty unique thing for a relationship-based drama,” Scott Lowell said. “There’s no lasers, and there’s no guys with capes flying… well, there were some guys with capes.”

“I had a lot of self-doubts about being able to execute the role of Brian, but diving in like that, it was kind of like the bells ringing,” he told EW. “The next day was much easier in every way.”

Like Harold, Howell (who played Ted) is also straight, and said the show made him “a better heterosexual in a lot of ways, because it opened me up to being vulnerable.”

“God knows the clothes and the hairstyles have changed, but the emotional stories are eternal,” Paige said. “I often say people came for the queer, but they stayed for the folk.”