Television reboots can be risky, especially those concerning shows as beloved as Charmed, the show about the Halliwell sisters: witches known as “the charmed ones,” living in modern-day San Francisco. It starred Holly Marie Combs as Piper, Shannen Doherty as Prue, Alyssa Milano as Phoebe, and in later seasons, Rose McGowan as Paige. The show ran for eight seasons from 1998 to 2006 on the WB network.

Two episodes of the reboot have aired, and so far, there are few standout moments to speak of. The queer storyline, for example, features a seemingly functional relationship, though not without its problems. Melonie (Melonie Diaz) and Nico (Ellen Tamaki) appear to be on the verge of getting back together after a break — save for minor drama concerning Nico having slept with her ex, a confession she makes after having accidentally imbibed a truth-telling spell. The subject is raised and resolved within one conversation. Surely, the fact that Nico, who is a detective, doesn’t know about Melonie’s witchy status will be something to explore in future storylines, but for now, it’s really about the sisters. 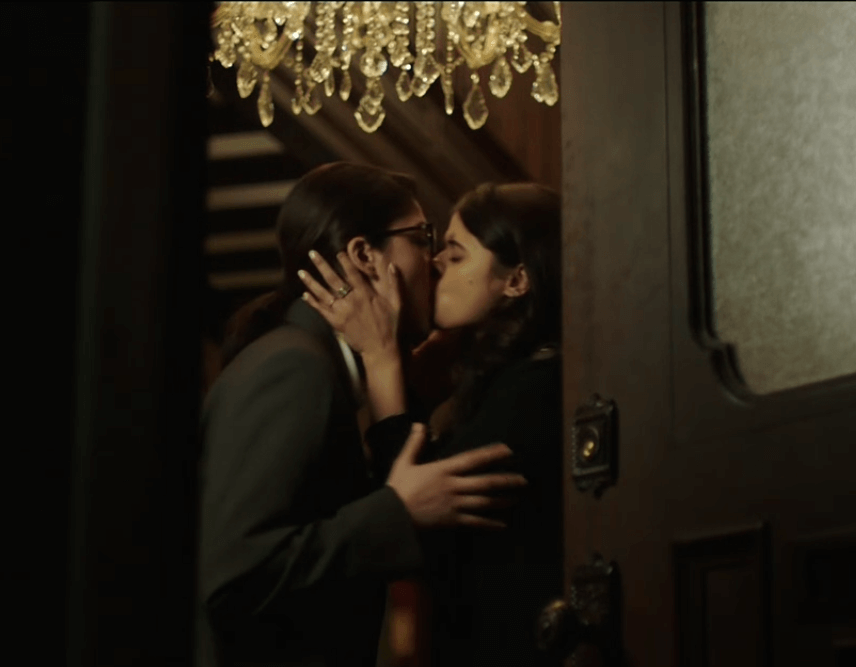 While Melonie Diaz, the one Latinx woman in the leading cast, playing a lesbian is great, it isn’t reason enough to overlook the show’s flaws.

The pilot introduces us to Maggie and Mel Vera, who live with their mother, Marisol, in Hilltowne, a fictional town in Michigan. Marisol is the head of the Women’s Studies department at the local university where Maggie is a freshman and Mel a grad student, and where Macy, the older sister whose existence was previously unknown and who was given up for adoption as a baby, has just been hired to work as a researcher in the lab.

Marisol’s imminent death within the first few minutes of the pilot is the catalyst that brings the sisters together. Later, it’s revealed that Marisol was in fact killed by a fellow professor who has been accused of sexual misconduct by three students, and who Marisol was working towards having removed from his position.

It’s evident that this reboot’s aim is to project a strong message of female empowerment, except the repeated references to topics like consent and the Time’s Up movement land like a pile of wet blankets, as they’re often used in jest.

“Being a witch is a fully pro-choice enterprise,” quips Harry the whitelighter (Rupert Evans) to the young women as he fills them in on the purpose of their newly-discovered powers.

Many TV pilots often air with their share of rough edges, as it takes a handful of episodes for a show to find its rhythm and for a cast to work out its dynamic, so perhaps Charmed deserves the benefit of the doubt in that regard. However, I can’t help but feel as though I’ve been tricked into watching something that turned out to be completely different than what was promised.

Back in September, ahead of the premiere at the Paley Fall TV Preview in Beverly Hills, executive producer Amy Rardin said during a panel that there is a Latinx witch in their writing staff, a point made after announcing that the series would explore brujería, or Latinx witchcraft rituals and traditions.

“We have a real Latinx witch in our writers’ room,” Rardin said. “Every culture has their own witchcraft traditions, and we really wanted to explore not just Salem witchcraft but all kinds of different witchcraft that happen all around the world.”

As of yet, the practices of the Vera sisters are similar to those of the Halliwells’ in that they recite incantations in Latin and find their spells in a book, not unlike the book of shadows from the original series. In all honesty, Vida, the queer Latinx show from out showrunner Tanya Saracho, portrayed more authentic Latinx witchcraft in the few scenes that visited the topic with the character of Lynn. 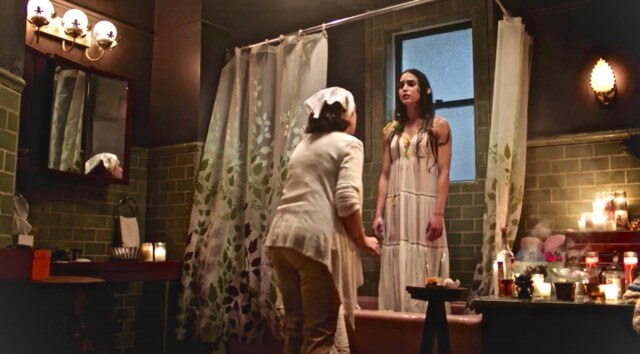 Lynn’s cleanse by a Mexican Shaman incorporated the spiritual and religious elements commonly utilized by brujos and curanderos. The use of natural elements; particular herbs and plants depending on the ailment that’s being targeted; the use of the egg that’s meant to absorb negative energy; the religious icons around the room. It’s one type of Latinx witchcraft. Charmed has yet to tap into any variation of this, putting into question its promise of Latinx representation. Even if the writers intend to visit this in the future, the casting warrants some critique.

Sarah Jeffery and Madeleine Mantock, who play Maggie and Macy, respectively, are not Latinx, contrary to what early marketing of the show implied. Mantock is Afro-Caribbean and Caucasian, while Jeffery is African American. I don’t claim to know what goes into casting a TV show, but from the creator of Jane The Virgin, a show composed of a predominantly Latinx cast, I expected better than simply color-matching actresses to see that they pass for sisters. Afro-Latinx viewers deserve better representation than that. However, as The Mary Sue pointed out, the executive producers are a group of white men and women, so the bar of expectations is already set very low on that front. 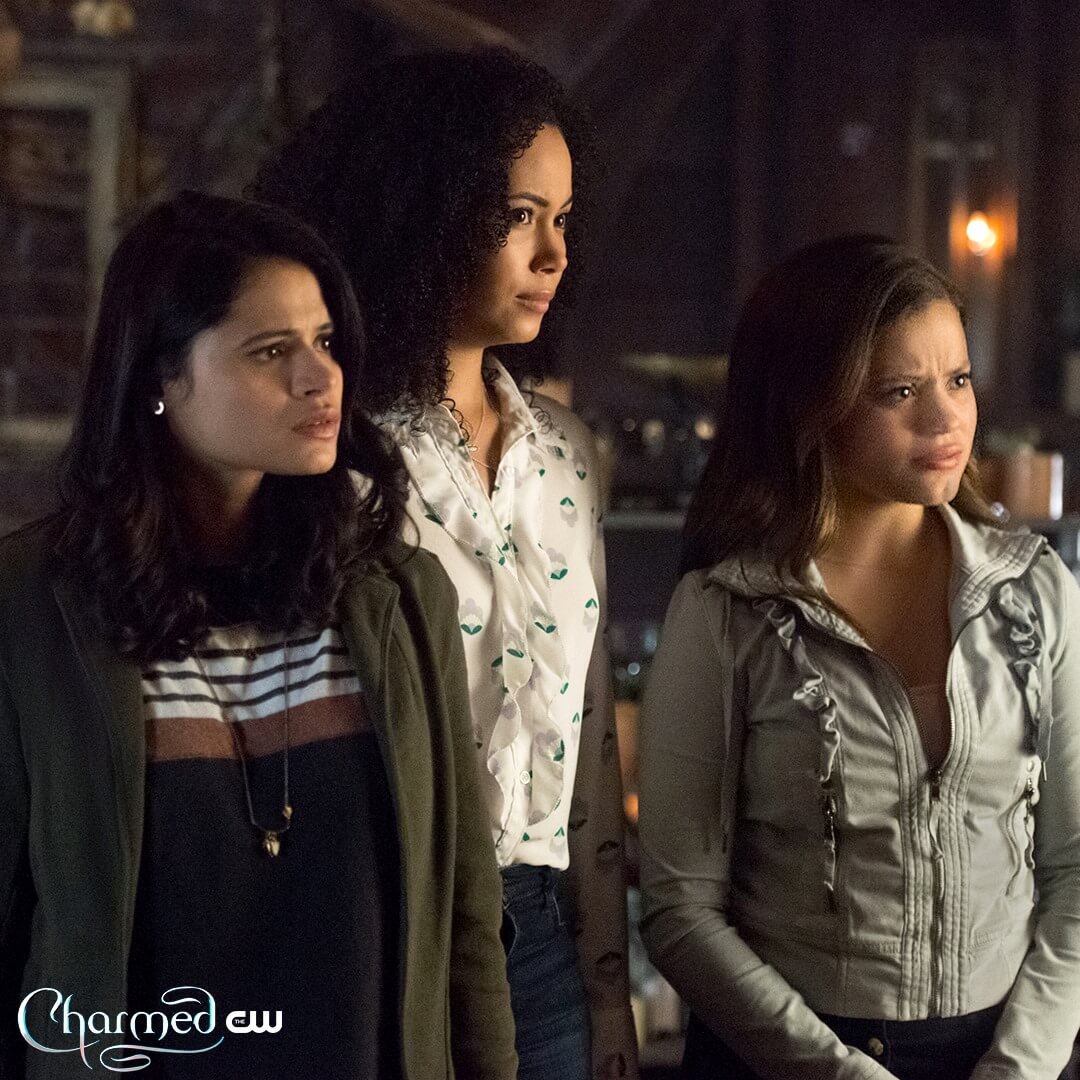 Unfortunately, the casting of non-Latinx Actors in Latinx roles in both film and television is not new. Catherine Zeta-Jones has played Latinx characters not once, not twice, but three times now. First in 1998’s The Mask of Zorro, and then in the film’s sequel, The Legend of Zorro in 2005. In addition, just last year, Jones played notorious Colombian drug lord Griselda Blanco in Lifetime’s Cocaine Godmother, and yes, she paired each performance with an accent so cheesy you could grate it.

If we’re splitting hairs, I guess that’s one thing I can credit Charmed with; there might be non-Latinx women playing Latinx characters, but at least there aren’t any accents to wince at.

To the casual viewer, it won’t likely matter that two of the leads aren’t Latinx, and the series has enough allure to maintain a steady fanbase, what with witches being all the rage lately, so it could very well be around for multiple seasons. My only hope is that the producers care enough about the quality of their product to at the very least explore Latinx spiritualism with respect in future episodes if that’s still the route they’re following, but I’m not holding my breath.

Charmed airs Sunday nights at 9pm on The CW.