On Friday, it was announced that a Charmed reboot landed a pilot order at The CW. The announcement noted that the updated version (helmed by Jane the Virgin showrunner Jennie Snyder Urman andwriters Jessica O’Toole and Amy Rardin) would include an “added feminist storyline.”

Holly Marie Combs, one of the three original cast members of the 1998 version of the show, lashed out on Twitter, sarcastically jeering, “Guess we forgot to do that the first go around. Hmph.”

Guess we forgot to do that the first go around. Hmph. https://t.co/kDXLBefuSG

Combs, who played middle sister Piper Halliwell alongside siblings Prue (Shannen Doherty) and Phoebe (Alyssa Milano), first expressed her frustration with the reboot on Thursday night. She wrote, “Here’s the thing. Until you ask us to rewrite it like Brad Kern did weekly don’t even think of capitalizing on our hard work. Charmed belongs to the 4 of us, our vast amount of writers, crews and predominantly the fans. FYI you will not fool them by owning a title/stamp. So bye.”

A fan also tweeted her annoyance with the reboot’s announcement, noting that Charmed and Buffy the Vampire Slayer were the only example of strong female leads in their era. Combs responded to the tweet, “Yeah,” as well as caustically writing, “And we wish them well” to a similar fan reaction.

They’re not far off, and Combs is totally justified in her grievances. As a child, Charmed was my favorite show, and it’s wholly due to the fact that it was led by strong female leads. The Halliwell sisters were extremely influential in my development as a young woman, as a queer woman, and as consumerwith Charmed, a new standard had been set for me in what I wanted out of storytelling.

In the ’90s, there just weren’t other shows that were exclusively led by three women, and in all their flawed heroism and humanity, Piper, Phoebe and Prue were role models. It doesn’t get much more feminist than thatespecially in the ’90s. Shows like Buffy and Xena: Warrior Princess were similarly influential in that era of dramatic television, but Charmed unapologetically featured three female leads, which was rare.

Plus, the original show was progressive in ways outside of gender politics. Charmed featured a few LGBTQ characters, which was monumental in its time. Though tertiary characters and definitely not regulars, there was a lesbian couple, Brenda and Carly, the former of which captured and killed by pirates on their singular episode. 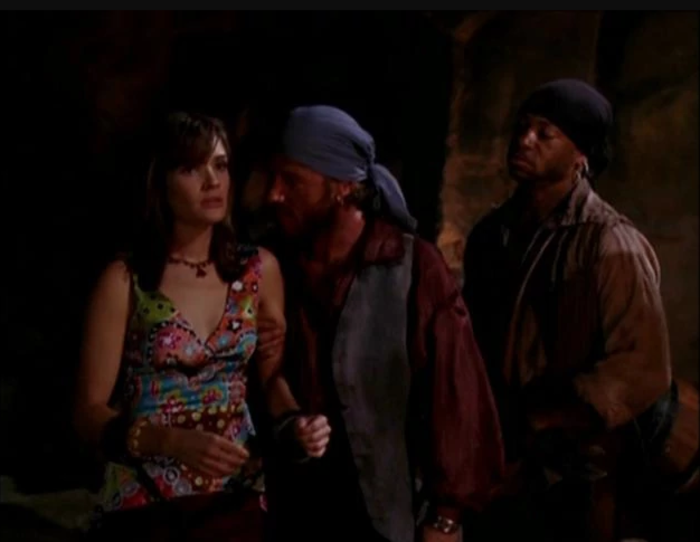 The only other out character was Phil, whom Phoebe worked with at The Bay Mirror in Season 7. He, too, only appeared in one episode (“Scry Hard”). (The recurring character ofTyler, a young man whose powers were bound to Piper,was later revealed to be gay in the comic books.)

Today, appearances such as these wouldn’t be noteworthy, but in the late ’90s, they definitely were.

Of course, a show like Buffy totally surpassed Charmed in LGBTQ representation with their groundbreaking portrayal of Willow (Alyson Hannigan) as a queer woman. The titular warrior princess of Xena, too, was allegedly in a queer relationship with Gabrielle, but it was never explicitly confirmed. Nonetheless, it’s important to witness queerness in popular storytelling, as it normalizes it for queer and questioning youth. Shows like Xena and Buffy played that role for LGBTQ youth, and if anything, Charmed gave us heroes to pine after and strive to imitate.

If the Charmed reboot promises modern feminism, then it better deliver. Maybe this go ‘round, one of the sisters will be queer, which would be incredible. The official show description of the reboot reads, “This fierce, funny, feminist reboot of the original series centers on three sisters in a college town who discover they are witches. Between vanquishing supernatural demons, tearing down the patriarchy, and maintaining familial bonds, a witch’s work is never done.” Honestly, it just sounds like a day in the life of a woman.

Charmed was an iconic show that blazed the trail for future strong female protagonists, and the original cast mirrored that message. Rose McGowan, who played Paige Matthews on the original, has been a loud and proud queer voice of the Resistance, especially in this post-Weinstein hellscape. This reboot has impossibly large shoes to fill, but I sure hope it rises to the challenge.