Leyna Bloom made an impression opening the Chromat show on Friday evening. Her curly hair bouncing, she was stomping out a signature walk, no doubt informed by her time walking in the ballroom circuit where she currently sits as the mother of the House of Miyake Mugler in New York. At the end of the runway she stopped, and turned around with her back to the photographers, wearing a denim crop top and g-string this was the first time the brand showed denim. Through the speakers cameSuzi Analogue’s voice performing a live remix of Chaka Khan’s “I’m Every Woman.” It was an entrance.

“I went through so many songs, so many,” Analogue told INTO Friday night at a private celebratory Chromat dinner after the show. “I was listening to Bette Davis and all these other songs trying to decide. But then someone suggested Chaka Khan and I thought it was too cliche but once I listened to some samples I was doing I was like you know what, why not just say what it is.” And with Bloom being a trans woman of color it was a clear message: trans women are real women.

Over the past few seasons, the fashion industry has made a concerted effort to consider, discuss and promote conversations surrounding identity. Whether it’s race, sexuality or gender, these conversations seem to be ever-present. And while for some it seems like a trending topic, these conversations have been close to the heart of Chromat’s brand since its inception in 2010. 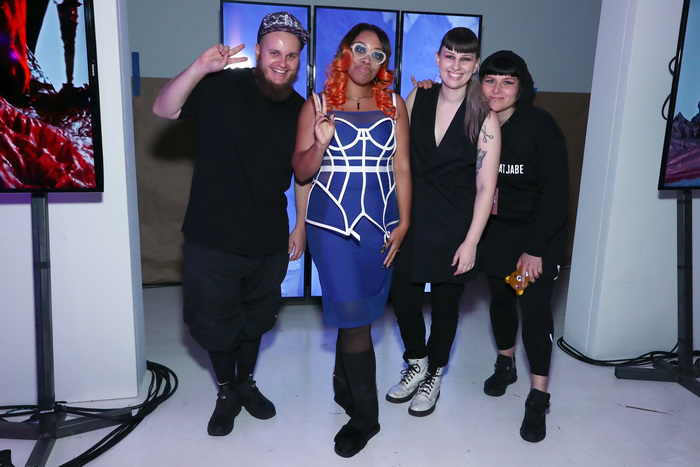 Friday’s show, which was the two-time CFDA/Vogue Fashion Fund nominee’s presentation for their Spring 2018 season, saw the most diverse cast of fashion week, possibly ever, including all manner of femme identifying talent. The diversity didn’t span only race, sexuality and gender but age and even body type. The likes of Dej Loaf and Lion Babe’s Jillian Hervey watched models with anti-chafing bands walk down the runway as well as gender non conforming models like Jahmal Golden.

“Providing visibility to gender nonconforming people on the runway is important,” Chromat founder Becca McCharren-Tran, a recently married queer woman, told INTO. “Even in my own life it’s important because it helps me have conversations about my mom and my aunt and people in Virginia about these different options for identity that they are not exposed to. I think any way to open people’s mind and open those conversations is good. Jahmal is really special and amazing and I love them so much. Jahmal has cheekbones to die for and so having them model is a no brainer.”

“I don’t think you’re going to find another brand that will show you true diversity of bodies and gender and sexuality for what it is,”Ben Ritter, a designer who works withBrother Velliesand Chromat added. “What you’re going to get from other brands is tokenism, but this is who we know. That’s who Chromat goes out with on Friday night and that’s who Chromat wakes up to on Sunday morning. These are the people we know and we love and we design for those people and that’s why you see them on the runway.” To wit, most of these models have been walking the Chromat show for a few seasons. Bloom has walked in the brand’s last three shows. As hasMaya Mones, who closed Friday’s show.

“The fashion industry is something that is the opposite of what I feel at a Chromat show,” Mones said in a phone interview referring to the familial feeling backstage. “It’s so nice to always go there and know that’s what the vibe is going to be like. I think it gives us so much more power on the runway and so much strength because when we go back there there’s just so much love and the whole energy is that.” That energy comes through in the walks but also inthe ability to work without having one’s identity commodified represents a safe space that the rest of the industry should aspire to. 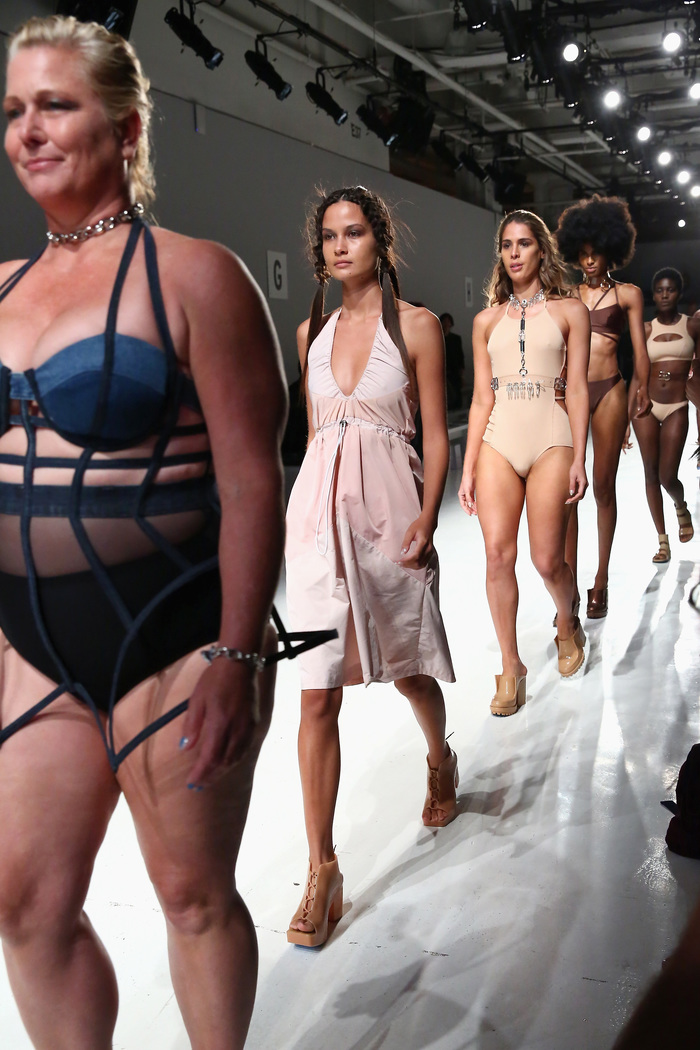 “Chromat is so nonchalant in the way it presents the faces of the brand,” Mones said. “It’s not about worrying about the labels in being a trans models, it’s about just being a model. That gives me hope and makes me feel good about being visible and like it’s ok to be myself.” Mones went on.

“I know that already but reassurance is always a great thing and that’s a hell of a lot of reassurance.”

“This isn’t fashion bullshit,” Ritter added. “What you’re getting is the real deal. Being able to see yourself on the runway in someone that’s beautiful, confident and showing skin and walking like they own the earth when you historically haven’t ever seen that Chromat is here to show you that.”