Yet the focus on the trans community has also given way to exploitation.

When headlines use forms of microaggressions for clickbait, they throw trans women under the bus. Instead of helping to provide liberation, it presents trans people as a group to gawk at, providing a sense of othering, demonization, and dehumanization that our cisgender counterparts do not have to face. Tabloids like The Daily Mail exploit trans people in cruel ways. A recent piece about a newly parented transgender couple was presented as, “The baby born to a man who was a woman who got pregnant by a woman who was a man,” likening them to a freak show.

This mistreatment of trans people (utilizing them for shock and awe) continuously goes unchecked. Jerry Springer amassed a fortune for his television segment “Is She a He?”, which further perpetuated that idea that trans people could be used as a comedic tool, and that our lives are not to be taken seriously. Although it was funny for cis people, Springer vitriolized the real lives of trans people who face danger on every level, and his accountability is knowing he has our blood on his hands. (It should also be noted that Springer has yet to issue an apology on behalf of the transgender community.)

Last year, Matt Bomer portrayed a transgender sex worker in the feature film Anything, receiving unanimous pushback from the transgender community who are tired of cis male actors throwing on wigs and calling themselves transgender. It is not only demeaning, but also takes jobs away from real transgender actors who often have a difficult time getting cast, sometimes being told they don’t look “trans” enough. Cis actors and producers who have also been rewarded for using our identities like a costume goes as far back as Tony Curtis, and Jack Lemmon. In modern time, Jeffrey Tambor, Elle Fanning, Jared Leto, Hilary Swank, Eddie Redmayne and many other cis actors have portrayed the roles of trans people in both film and television, most receiving critical accolades and serving as public mouthpieces for a community they are not a part of. This does not help the transgender movement, but instead conveys the message that our identities are disposablenothing but show. 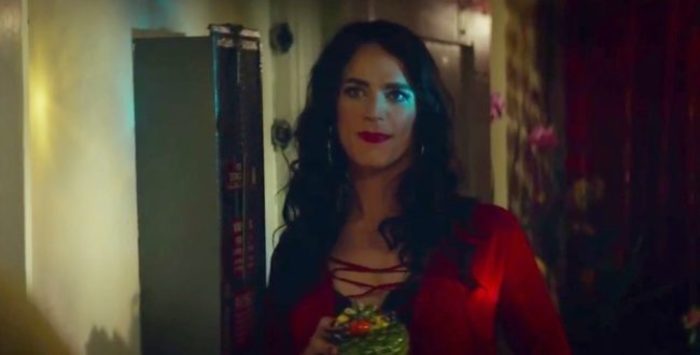 In January, Newsweek released an article at the beginning of this month titled “UK Patient ‘Distressed’ by Transsexual Nurse with Stubble.” The patient in question alleged discomfort with the trans nurse due to having a deep voice and stubble, but if society had more conversations around gender expression, this would not be a problem, nor would it be newsworthy. The article, from a reputable magazine, reveals how little writers and publications know how to respect a trans person. Newsweek did nothing to protect the transgender nurse, and neither did the hospital, who instead issued an apology to the patient, saying the nurse “did not handle the situation properly.” The article only further vilified the trans woman in question, choosing to ignore any kind of conversation centering the discomfort trans people already experience from cis healthcare workers.

In 2012, the New York Times published an article following the murder of a black trans women who died in a house fire. Rather than focus on Lorena Escalera’s death, the Times focused on how her “curvaceous body drew admiring glances” and that she “was known to invite men to her home,” sexualizing her even in death. The New York Times has yet to take it down, and so it continues to perpetuate that the murders of trans women are our own blame. When trans women are victims of a crime, the message conveyed with this form of exchange dehumanizes trans women and continues to perpetuate the idea that we are sexual sirens who “had it coming.” The myth that trans women coerce unassuming cishet men into sex is not a new one, and demonizing them does not give them justice after they have been murdered.

The message being conveyed in the New York Times article perpetuates the myth that trans women are coercing cishet men into sex and, therefore, shifts the violence from our perpetrators onto the community itself. This form of dialogue is the reason for so many of trans deaths, such as Islan Nettles who was catcalled and then beaten to death by her assailant when he recognized that she was transgender.

A quick Google search will yield several results regarding the latest trans woman of color who was murdered. 2017, with 27 of black trans women slain, was considered the deadliest year on record for trans women. Only one month into 2018, we’re already at two.

While it is important to focus on the violence in my community, there is so much more to our lives than the exploitation of our pain. Representation for trans people can be a matter of life or death. The best way to tell our stories is to hire trans writers to tell the story themselves. Cishet people do not understand what it means to be transgender, and therefore cannot write our representation in a way that respects the community. If you find yourself having to cover a story on trans people, it is always best to make sure you listen to what the trans community is saying about the story before writing it. Ask yourself if what you are writing is supportive of the transgender community or continues to serve as an enabler in our discrimination.

Representation for the transgender community has always been grim. We are exploited in film and on television by cis men who portray us as nothing more than men in wigs, oftentimes depicted solely as sex workers or sob stories. But we are doctors, we are models, we are writers, and we are actors with the capability of representing ourselves in our own work. The media has to begin focusing on stories of upliftment, so another young trans girl like me does not self-research in order to find answers about her own identity, only to be met with fear and violence time and time again. We are more than the “tragic transgender” that can’t get ahead.

I want transgender excellence, and in order to get there, we have to stop exploiting our pain and begin focusing on our upliftment and empowerment, or else we will never have the space and sense of agency to move forward.

If society continues to market on exploiting transgender pain for profit, what does liberation look like for us? It’s in taking control of our own stories.