Tarik Carroll is a New York-based fashion/music photographer, and founder of The EveryMAN Project, which sheds light on the effect of toxic masculinity on body image and engages online communities in conversation around gender, sexuality, and self-acceptance. 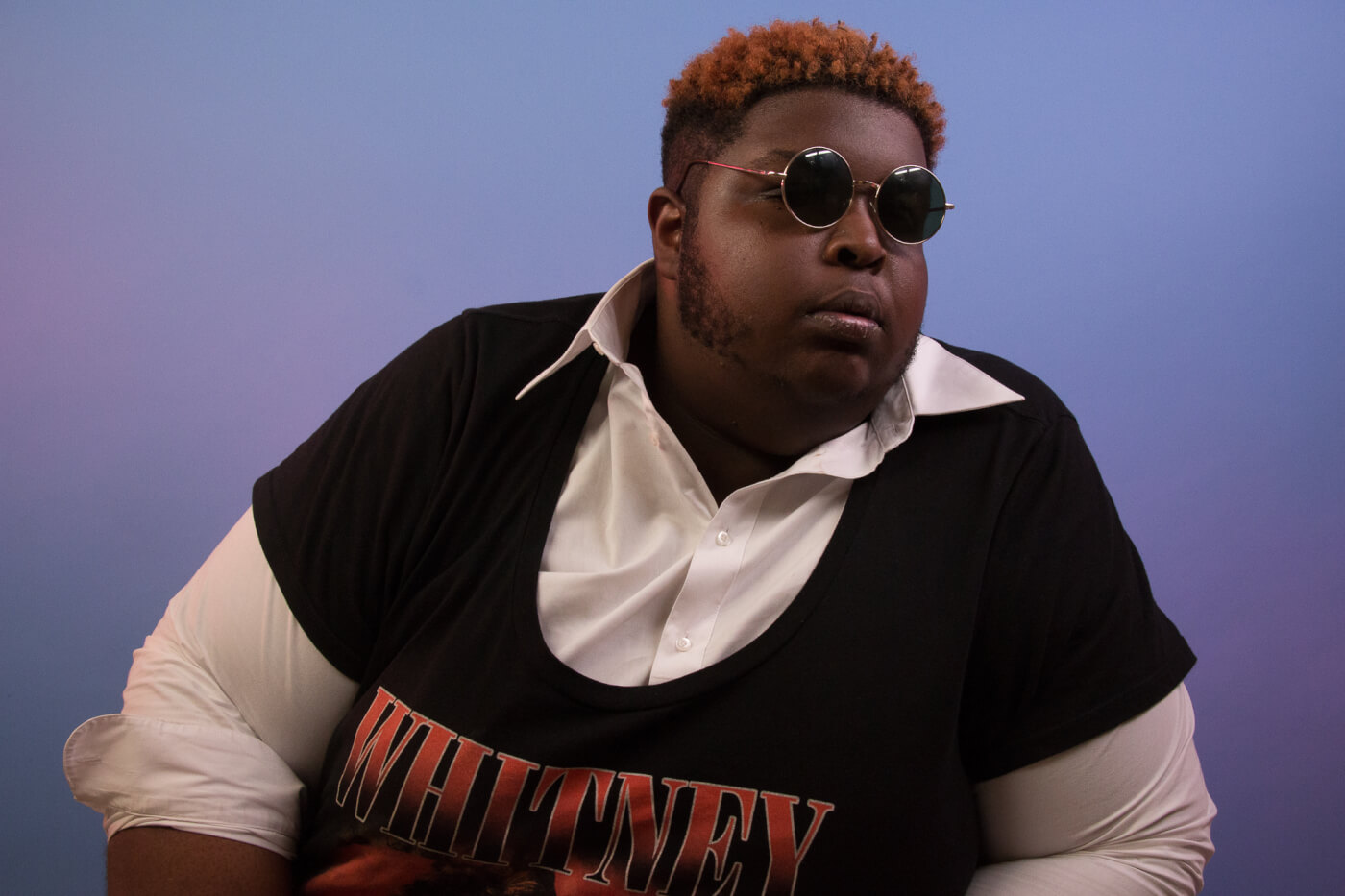 INTO caught up with Tarik about the project for a portrait session and roundtable discussion in Los Angeles.

What is The EveryMAN Project and what was your inspiration for creating it?

The EveryMAN Project is a body positive initiative for all male-identified people, showcasing diversity, unity, and inclusivity communicated through photography and fashion in addition to dispelling toxic masculinity.

Growing up as an eccentric black male in the ‘90s and probably the chubbiest and tallest kid in the class, I always felt different. Not only did I feel different, growing up I never saw anyone in media, TV, film or music that looked like me, and if I did, they were portrayed as a caricature or a joke. Into my adulthood, my insecurities began to manifest, and through dating especially in the LGBTQ+ community — and honestly life experiences — I started to share my stories with other men. At that point, I saw that we all have something in common. We all have insecurities and body image issues, we all have emotions but we don’t process or express them in a healthy way. I felt it was time for us to have this conversation so we can all heal. I created the EveryMAN project so that we can all have this conversation together using photography, fashion, and art as my mediums of expression. 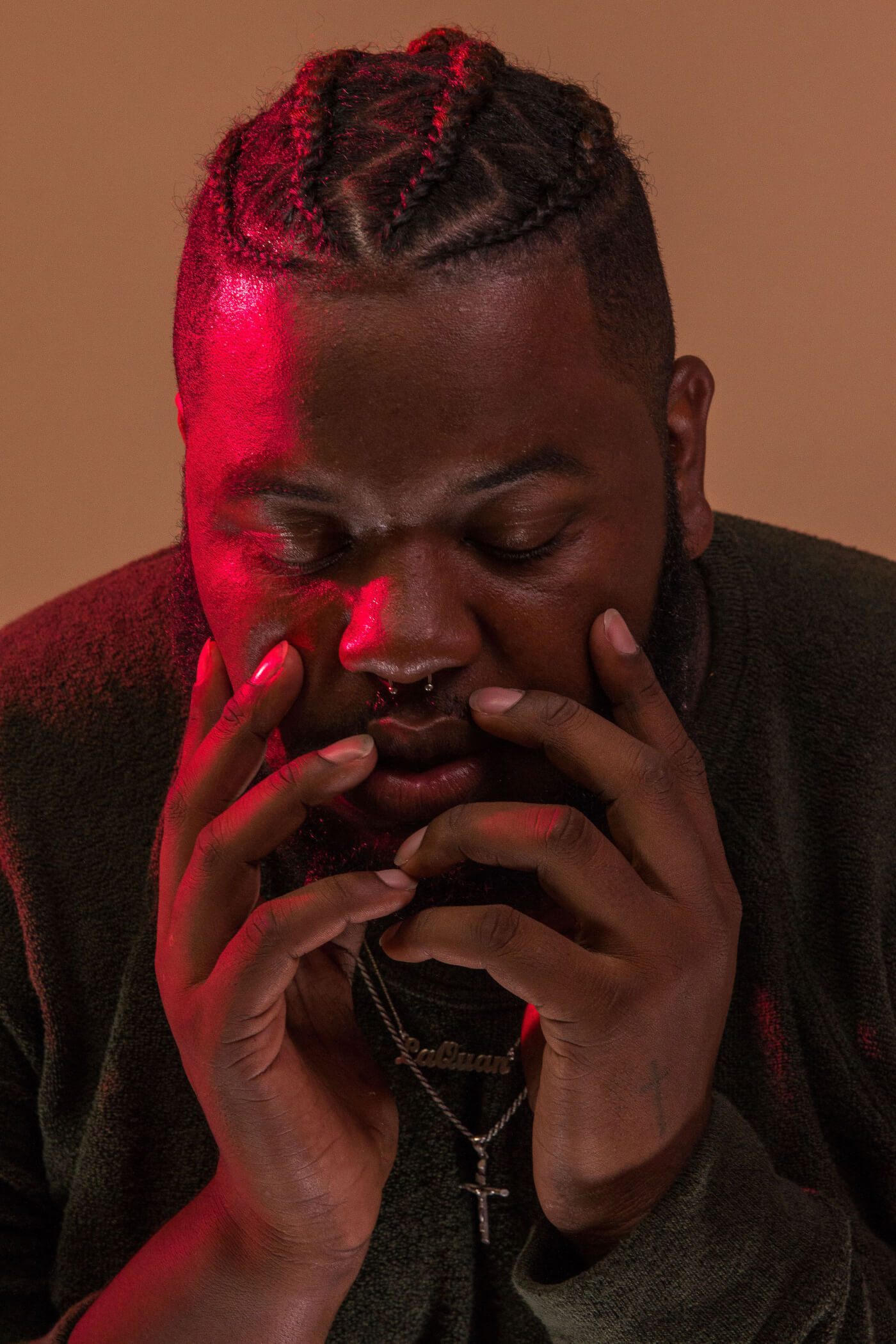 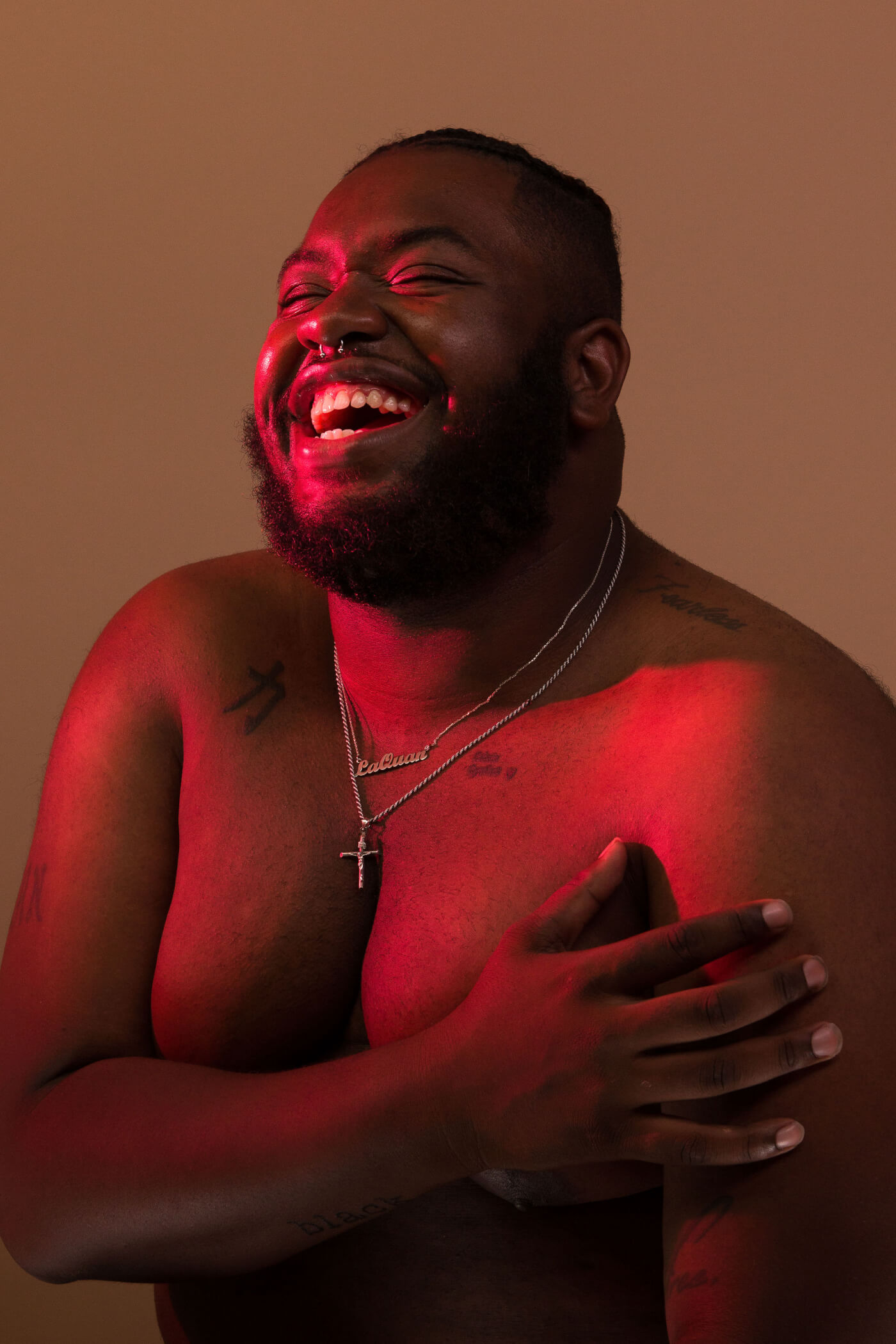 Have you been surprised by the response the project has received?

The response has been beyond overwhelming and at the same time, this response that we have received thus far further validates the need for a project like this. The time is now for change and representation for all.

When choosing people to photograph for the project, what do you look for and why is that important to you?

When choosing models I typically go for guys who are open — open to share their experiences no matter how painful they may be. This project is all about embracing authenticity which is what I always look for when selecting models for the project. Through sharing our stories and experiences begins a conversation which eventually leads to healing. 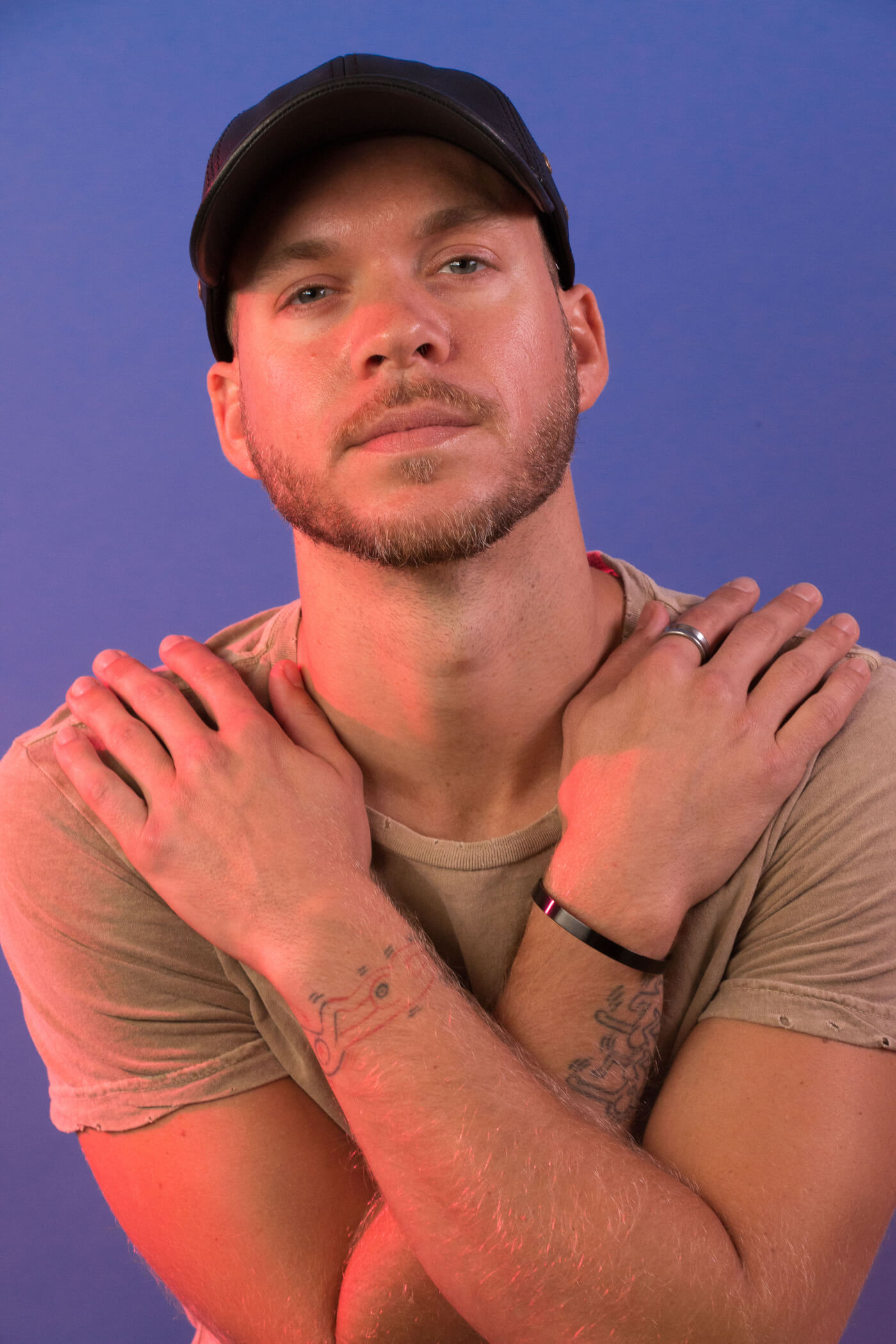 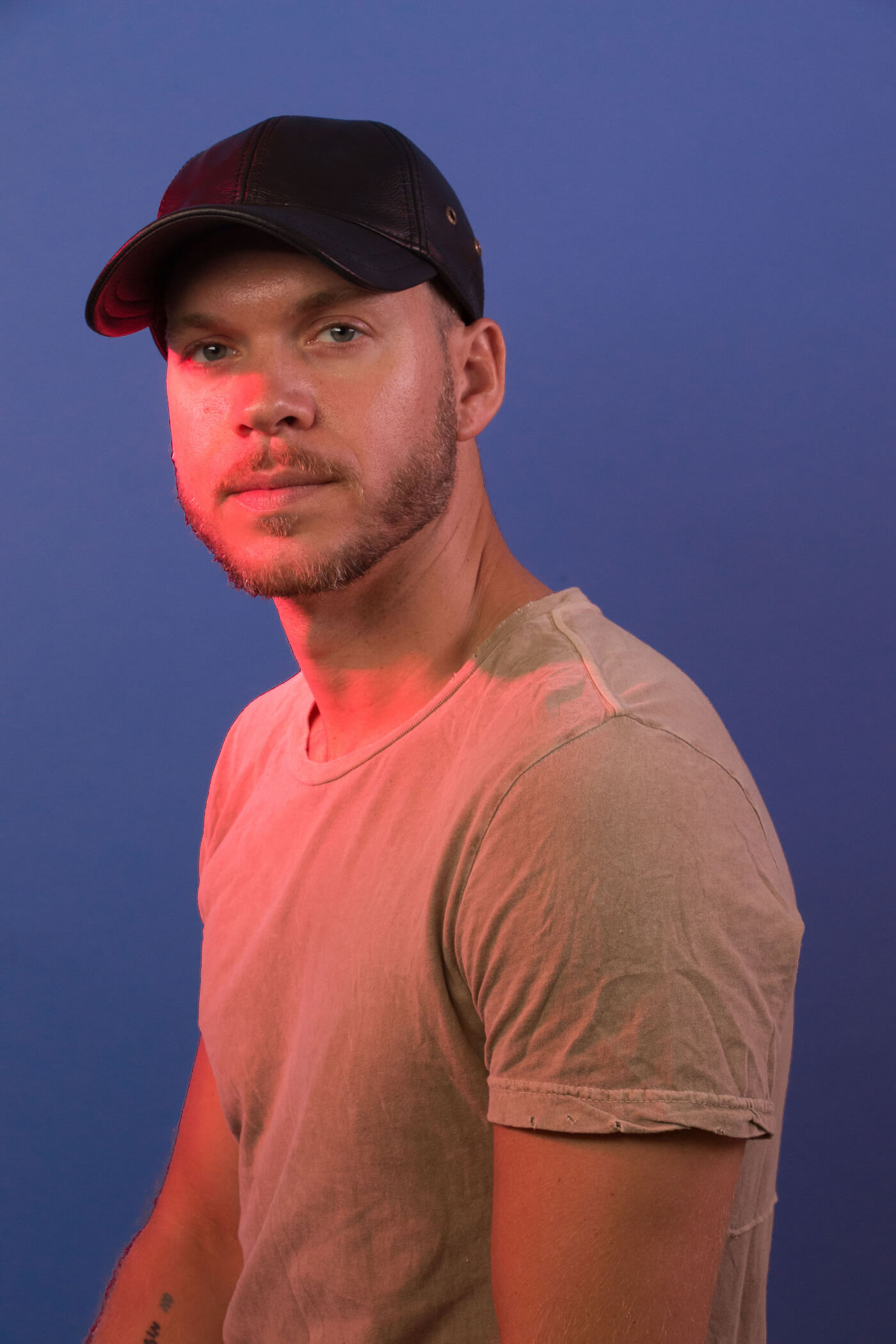 What do you hope is conveyed through the photographs and people you photograph?

What are you looking forward to in the future for the EveryMan Project and how do you see the project evolving?

We are looking to further expand our platform by continuing to create engaging content that hopefully continues to cause a shift in the paradigm as well as continuing to build out our community worldwide. We also plan on releasing a coffee table book in 2019 with a documentary following shortly after. 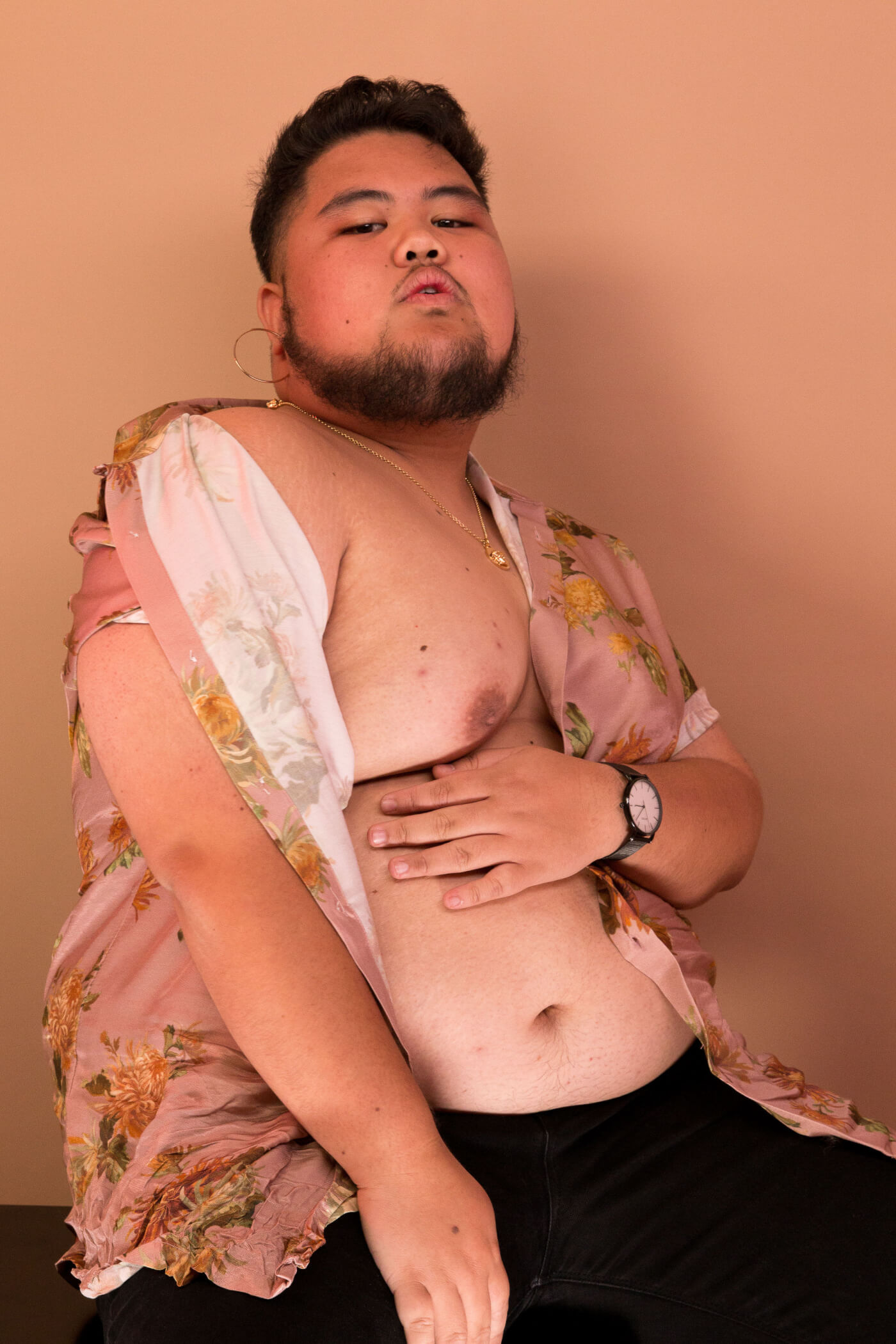 Recently, you hosted a conversation at INTO with some of your subjects. What was that like?

The conversation was absolutely amazing. We had a fantastic group of guys from various backgrounds and perspectives. I truly feel that we created a very honest and open dialogue covering topics such as body shaming on dating apps, racism on dating apps, as well as anxiety in relationship to sex and other topics captured in a such a raw, honest and unapologetic way that we haven’t seen before. I am very excited for everyone to see this and be a part of this much-needed conversation. 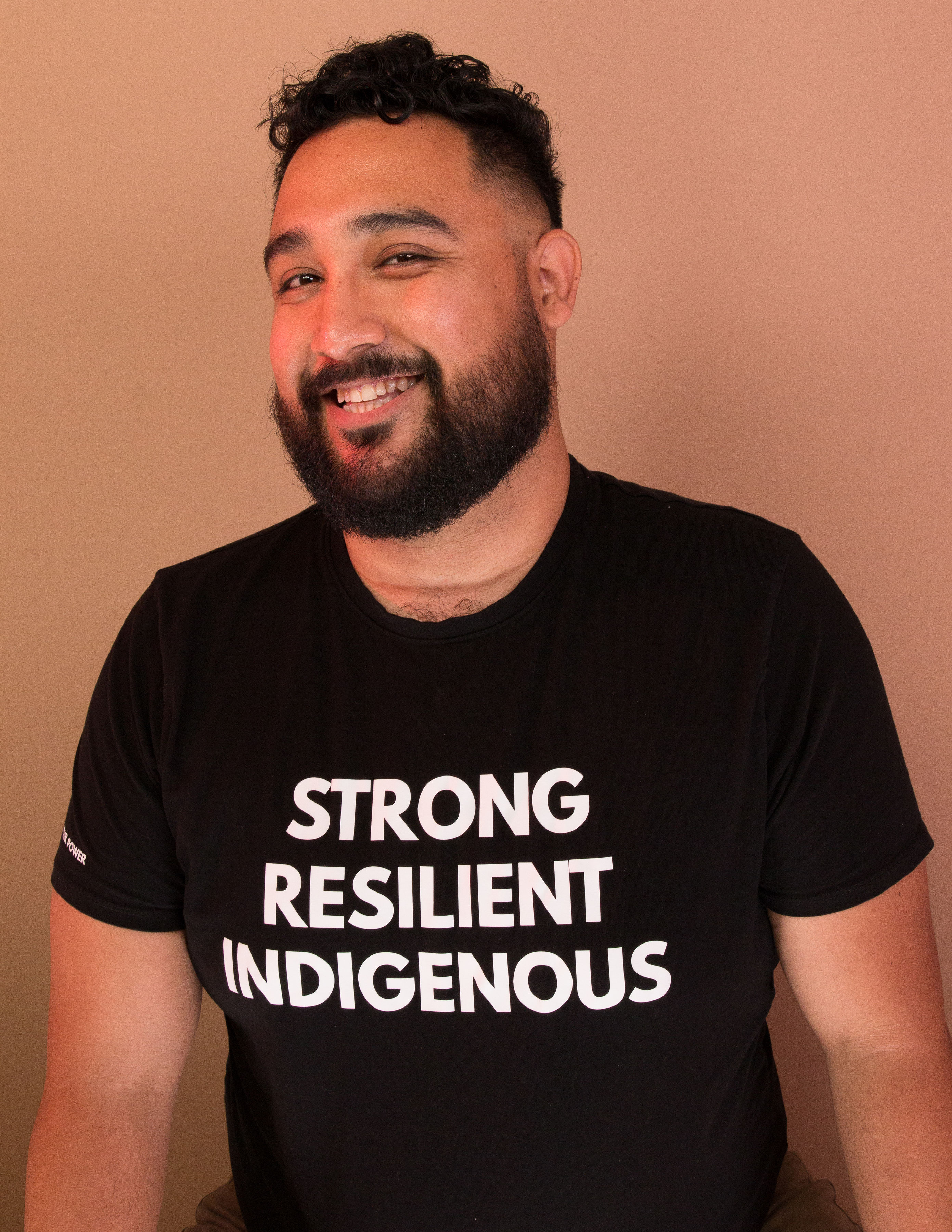 What is the significance to you of these kinds of conversations and how do you hope they play into a larger cultural context?

These conversations are imperative for our culture. There is a lot of self-hate that we deal with as men especially in the LGBTQIA+ community and a light needs to be shed on that. Conversations like this tend to challenge us as men to re-think/examine how we treat ourselves and each other. This is how healing begins which is truly my goal with the EveryMAN Project. 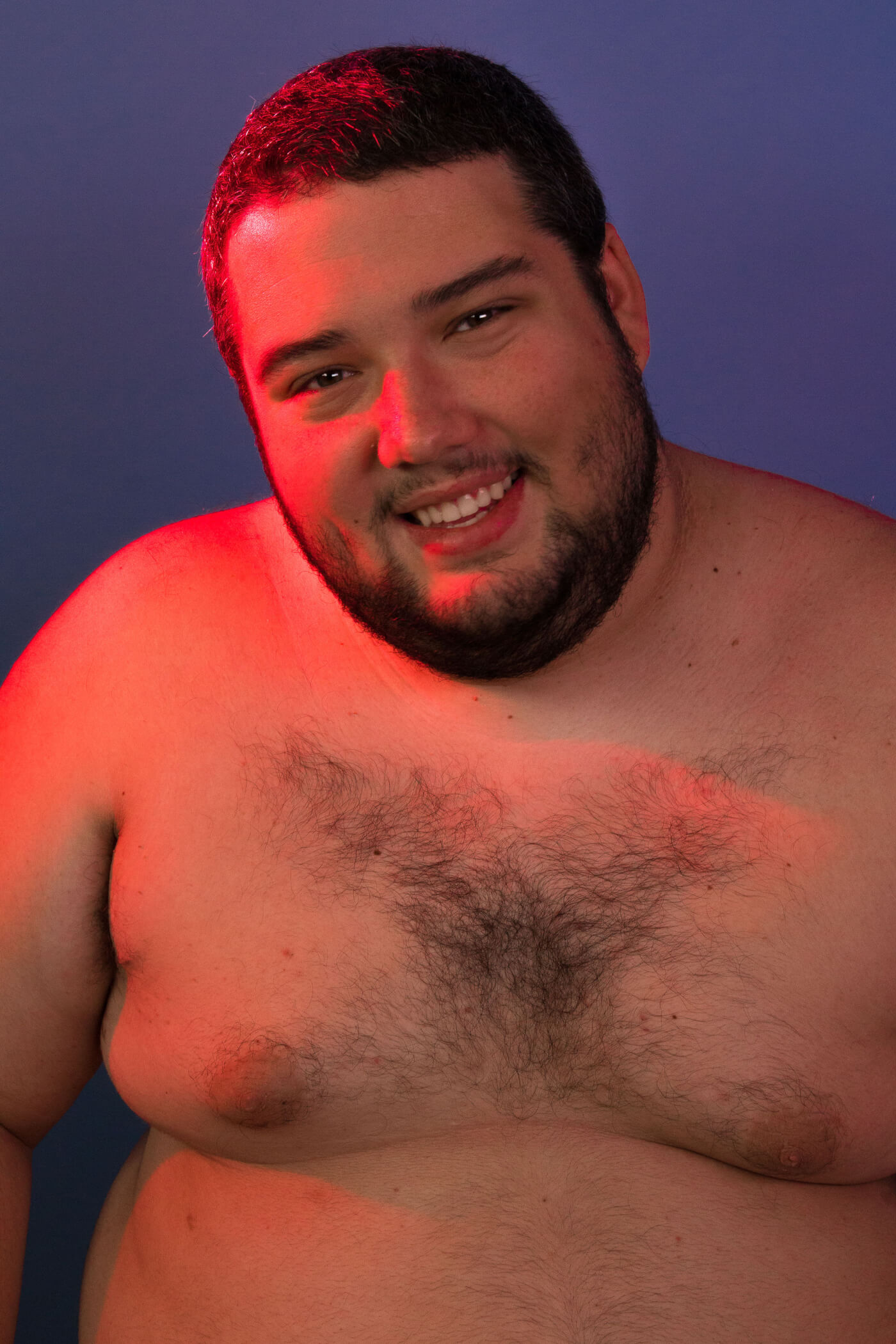 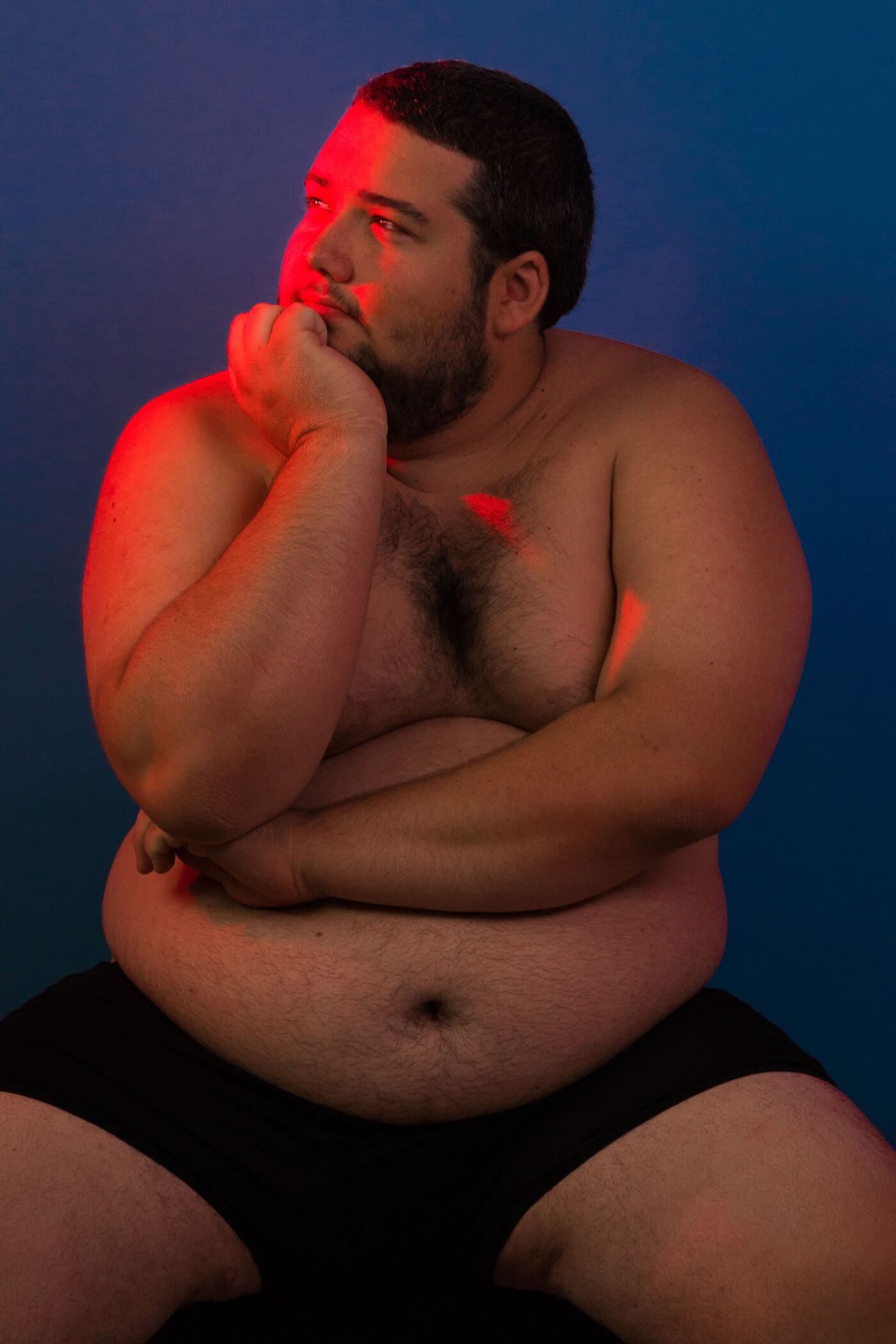 What’s advice you would give to anyone who doesn’t feel comfortable being themselves yet? 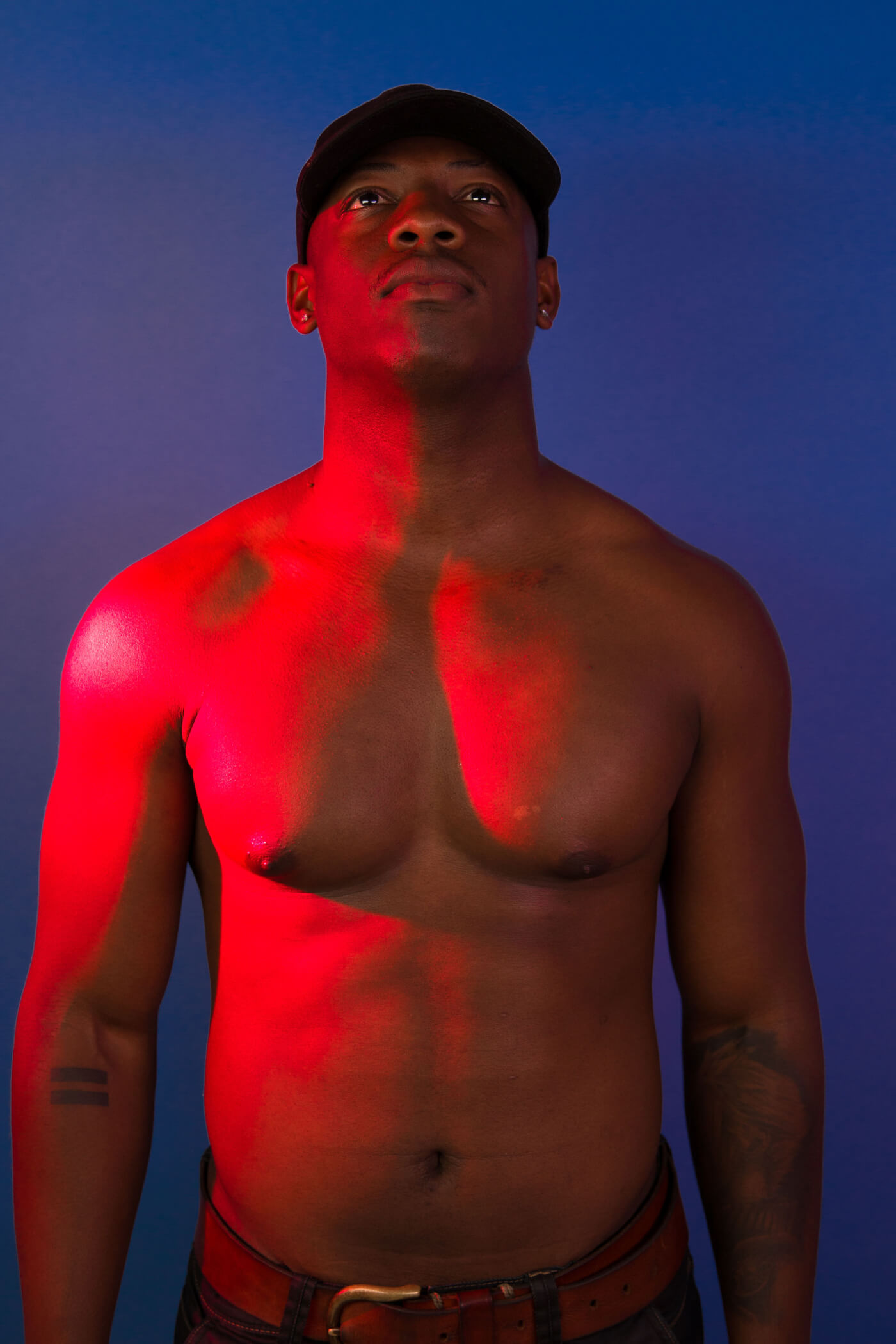 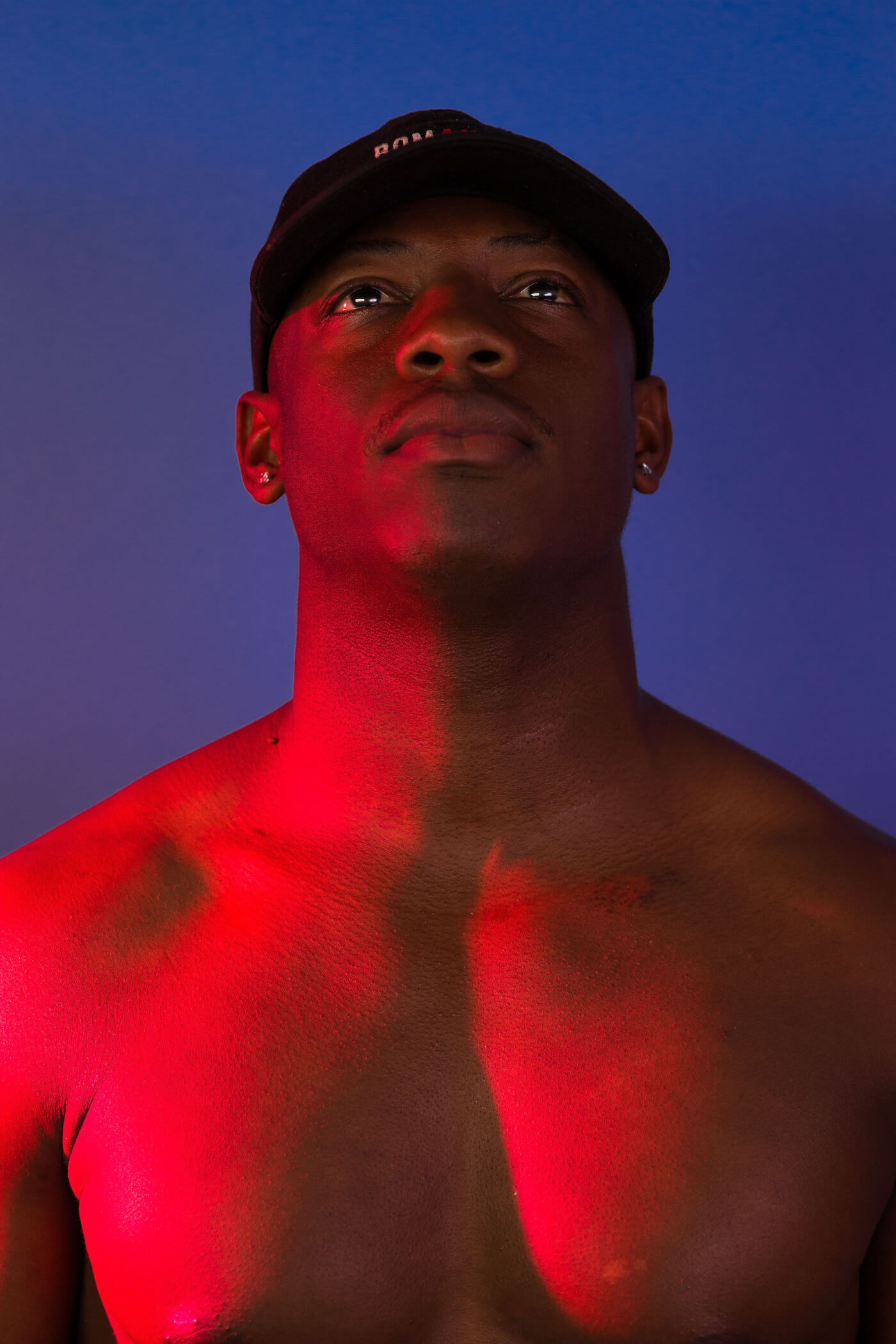