I don’t want to speak too soon, but I think it’s safe to say my personal “favourite” film of the year was Yorgos Lanthimos’ latest venture, The Favourite. Starring Olivia Colman as Queen Anne, who’s lodged in an 18th-century lesbian love triangle with her advisor (Rachel Weisz) and her maid (Emma Stone), the movie is beginning to garner well-deserved high praise. This weekend, the period drama tore through the British Independent Film Awards, scoring a record 10 wins, from Best Actress for Olivia Colman to Best British Independent Film.

Though the 2019 Oscar nominees won’t be announced until January 22nd, The Favourite is already shaping up to be an Oscars darling, with some critics predicting that the outrageous film will emerge as a frontrunner at the 91st Academy Awards. The roaring sweep at the British Independent Film Awards may portend a similar outcome at the Oscars next year, and if that happens, The Favourite will make its mark on LGBTQ history, claiming the throne as the first lesbian-centric narrative to win an Oscar. 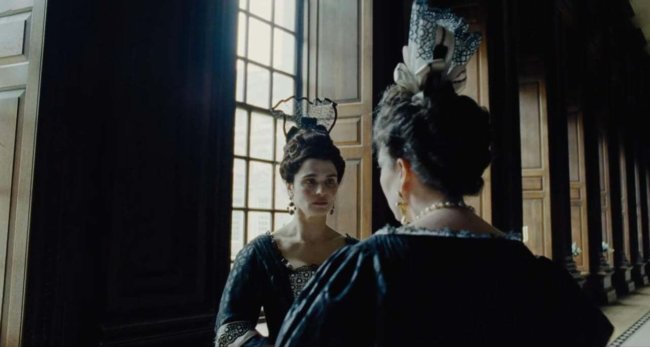 Rarely do we see queer female cinema praised and lionized by film critics in the same way that movies about male homosexuality are. The most recent standout, of course, is 2015’s Carol. Adapted by out lesbian screenwriter Phyllis Nagy, the movie follows a romantic storyline between the titular character, played by Cate Blanchett, and a younger woman, Therese (Rooney Mara). Carol was monumental for queer female representation at the Academy Awards, as it earned six Oscars nods, and was the first Oscar-nominated film whose storyline focused explicitly on a queer female romance. However, it didn’t win even one category,.

2015 wasn’t the first time a lesbian-centric film was nominated. The Color Purple (1985), The Hours (2002), and The Kids Are All Right (2011) have all received Best Picture nods—though, like Carol, none of them won. In 2017, the queer Billie Jean King biopic Battle of the Sexes wasn’t nominated at all. Some actresses have taken home awards for Best Actress or Best Supporting Actress for portraying a queer female character, like Charlize Theron in Monster (2003), Nicole Kidman in The Hours, Natalie Portman in Black Swan (2011), or Penelope Cruz in Vicky Cristina Barcelona (2009). But these movies didn’t revolve around the character’s queerness.

Many of the most famous lesbian movies were never recognized by the Academy and, unfortunately, some just weren’t up to par—certainly not because queer female filmmakers aren’t capable artists, but because they aren’t given as many opportunities to create as gay male filmmakers are.

More gay male films get funded than lesbian movies; bigger budgets typically allow for A-List casts, directors, and producers, which subsequently create more buzz. Hollywood has a widespread, deep-seated issue with queer women, and the barriers this industry has created for us are nowhere close to crumbling. So, all considered, Carol was the first—yes, first-ever—Oscar-nominated film that centered a romantic lesbian plot. That was only three years ago.

Consider how many gay male films have collected numerous Oscar nods and wins over the years. In 2018, Luca Guadagnino’s gay love story Call Me By Your Name earned three Oscar nominations, and took home the trophy for Best Adapted Screenplay. The previous year, Moonlight snagged three Oscars, including Best Picture, and five other nominations. Dallas Buyers Club landed three awards and three more nominations in 2013. In 2008, the Harvey Milk biopic Milk won two Oscars, and was nominated for another six, and in 2005, the romantic drama Brokeback Mountain won three awards, and was nominated for five more. So, while movies about female homosexuality are at times recognized by the Academy, gay male films are lauded more often, and actually leave decorated, while lesbian films do not.

Consider this may be due to the gender bias in the Academy’s voter pool. In 2017, only 39 percent of the Academy, AKA those voting on the films, were female, and that number actually increased 39 percent since 2015—which is embarrassing and insulting to women, and obviously affected what movies won. In 2018, more women were invited to join the Academy, who now comprise 49 percent of voters. So, when the new Academy votes for contenders in 2019, hopefully The Favourite will not only be nominated, but will leave carrying more trophies than Adele at the 2012 Grammys. But even if The Favourite takes home one trophy at the 2019 Academy Awards, just one, it will secure the film as the first movie with a centralized queer female narrative—as in, a movie that’s about lesbians, not just a movie with secondary or tertiary queer female characters—to win an Oscar. The first. Ever. It’s baffling. 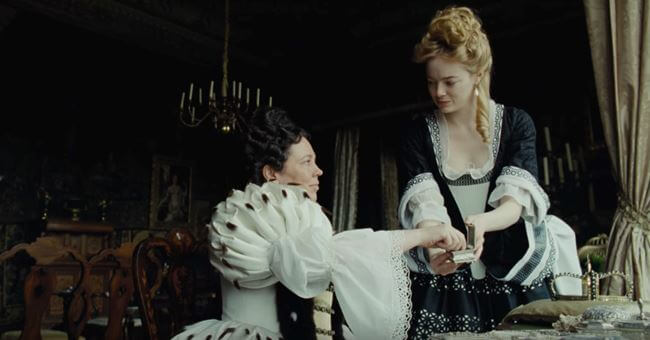 Right now, critics are projecting that Bradley Cooper’s directorial debut A Star is Born, Steve McQueen’s Widows, and the Timothée Chalamet starrer Beautiful Boy will be amongst the most highly nominated films at the 2019 Academy Awards. But in the tricky game of pre-nomination predictions, it’s important to pay attention to which films stole critics’ hearts at film festivals, and which movies sweep preceding award ceremonies.

So, with any luck, The Favourite will make history at the 91st Academy Awards ceremony. If that happens, then finally, a queer female movie with queer female protagonists will be rewarded for excellence in filmmaking. Carol was unforgivably snubbed by a male-dominated Academy. Now that almost half the voters are women, maybe a lesbian movie has a shot at being regarded as highly as gay male films have been in the past.