If you’re unfamiliar with the dynamic Hollywood power couple, Jordan Firstman and Charles Rogers, you should memorize their names. The filmmakers’ individual credits are likely in your queue right now. Firstman wrote, directed, and starred in the 2016 queer, intergenerational short, Call Your Father, and Rogers is one of the creators behind the TBS neo-noir coming-of-age series, Search Party.

With their latest project, the couple collaborates both in front of and behind the camera for the first time. In the short dark comedy, Men Don’t Whisper, they play a couple who find themselves emasculated at a sales conference. To heal their egos, they set out to sleep with some women and prove their masculinities.

A queer favorite from SXSW, Men Don’t Whisper is now available on Vimeo. Produced by Group Nine Media via their production arm JASH, the short was written by the couple with Firstman in the director’s chair. We caught up with Firstman and Rogers to hear all about their collaborative effort and the societal toxic masculinity that inspired it.

What’s it like working together both in front of and behind the camera as both a couple and creative partners?

Charles Rogers: We actually have a pretty nice time collaborating. As a couple, we are kind of obnoxious about over-analyzing each other’s faults and examining every single aspect of our relationship, so it makes sense for us to put all of those thoughts into a project together. I think it’s our own form of couple’s therapy. The only time it’s felt potentially dangerous was when we went on a meditation retreat this fall where a famous-ish spiritual teacher took us aside at the end and told us, “My ex-husband and I used to write books together. When you balance work and love, the work always wins.” It was a horrible moment in both of our lives. 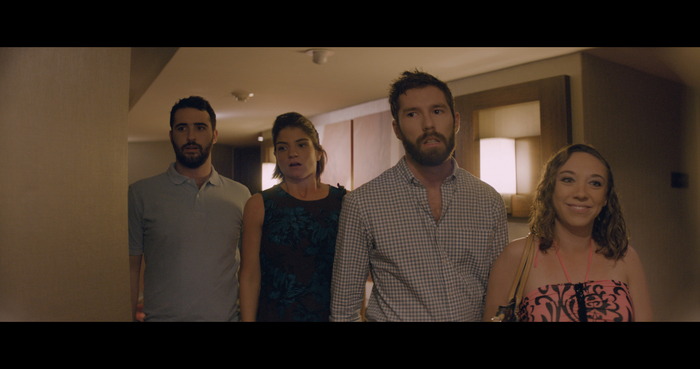 Was there a particularly emasculating moment in real life that inspired this short?

Jordan Firstman: Too many to count. As gay men, from the moment we come out, we are in some way feeling emasculated. Since the patriarchy unfortunately dominates culture (for like one more month), gay men are born with the privilege of being male, and then when they realize they are gay, some of that privilege is taken away, culturally speaking. So many gay men try to overcompensate by being overtly masculine. And it’s tied into so many aspects of gay culture; the muscles, the beards, I’d say in micro-emasculations. Every time I step into an Equinox, I feel emasculated.

The film draws attention to the self-shaming tendency of gay men. Is that something you see a lot of in the heteronormativity of Hollywood?

CR:Heteronormativity is everywhere and Hollywood is no exception. Every network and studio are only willing to take so many risks and it reinforces certain stigmas around equating minority representation with monetary value. It’s a really sick way of viewing humanity and what stories need to be told.

How do you feel about gay men who wear their “gold star” status like a badge?

CR: I think it’s unhealthy and gold stars are for sheriffs.

JF: I think that gay men are so much more averse to sexual fluidity than straight people even. I believe it’s because coming out is so hard, that once you do, you are like “ok, I’ve accepted this identity” and the thought of having to go back from that commitment or have any fluidity within that commitment seems impossible. I think it’s changing with the younger generation though and that is cool, and I’m jealous of it. 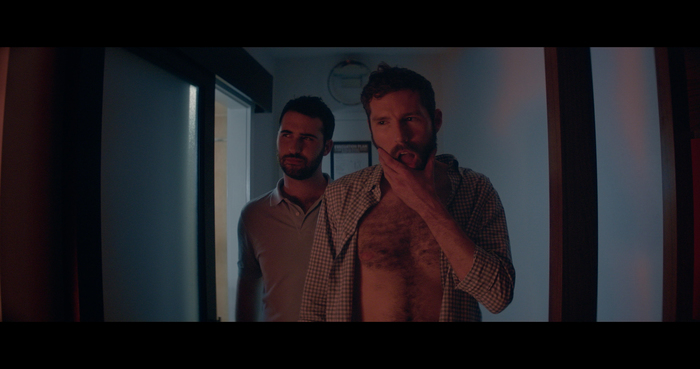 Beth and Dominique also call out the misogyny of gay men. Is that something you found important in the plot?

JF: Definitely. I think misogyny is rampant in the gay community, as well as homophobia in the female community. For every gay male that calls a woman a whore, there is a woman calling him “my gay” and dehumanizing him in return. It’s a cycle that is so tired and needs to vanish. If we are gonna turn over this damn patriarchy, we have to do it together.

I assume sex scenes can often be awkward for actors. Is it more so, being gay actors having sex scenes with women?

JF: I think no matter what, it is awkward. Since no sex scene is actually sexual, the woman part didn’t make a difference. We all just tried to laugh through the pain and pretend it was normal.

You’ve worked with Clare and Bridey on a few occasions. How have you come across this circle of creatives that we see in some of your projects?

CR: I first worked with Bridey and Clare on Fort Tilden, the feature film I co-wrote and directed with Sarah-Violet Bliss. They both act in Search Party, but this was the first time they’d worked together since Fort Tilden. It was surreal to see them side by side again, only this time as completely different archetypes from a very different universe.

The unique mystery and coming of age elements of Search Party have made the show such a success. Can we expect a season three or any other collaborative project you’re looking forward to?

CR: I can’t really talk about whether there will be a third season of the show, but I can guarantee that as long as Search Party is out in the world, it’s going to keep deepening its look at young people in fits of denial and mania, and it’s going to have fantastic posters. But aside from that, Jordan and I are working on a feature version of this short, which we will shoot early next year. It’s an expanded look at the levels of toxicity masculinity holds and it’ll be chock full of funny ladies. 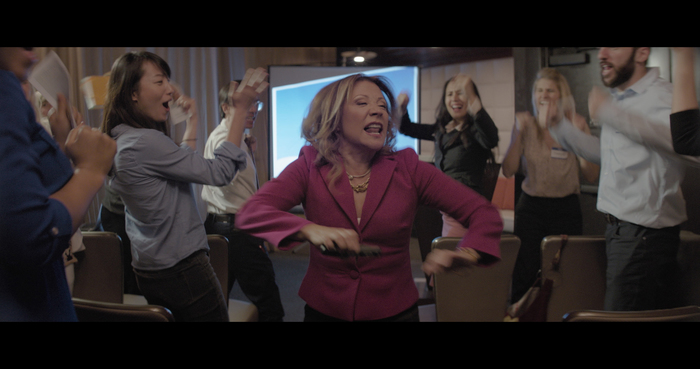