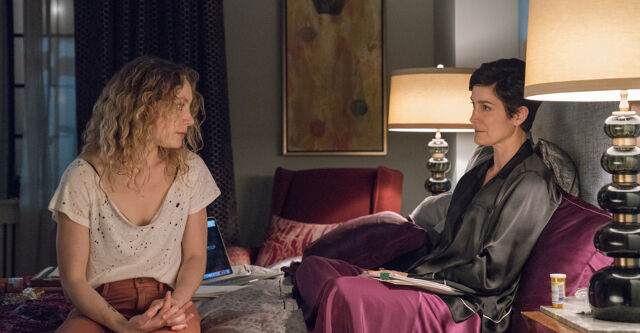 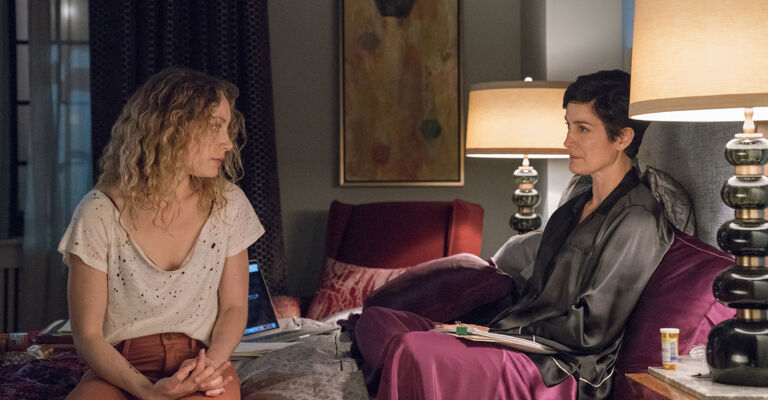 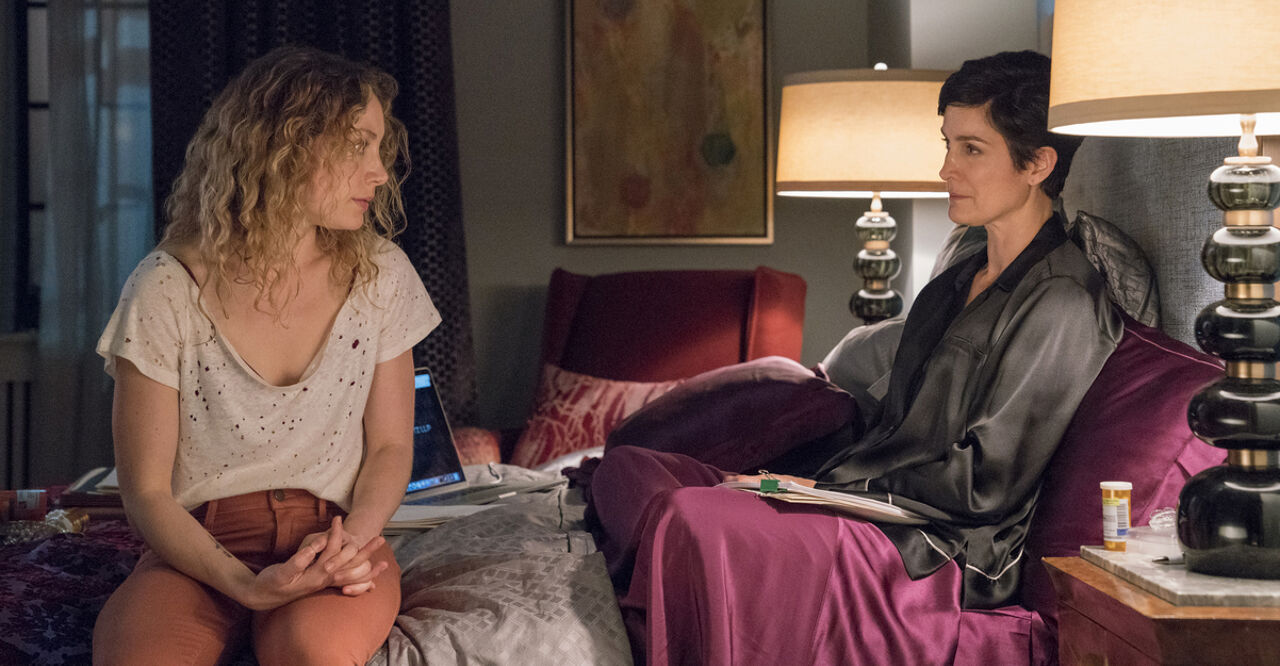 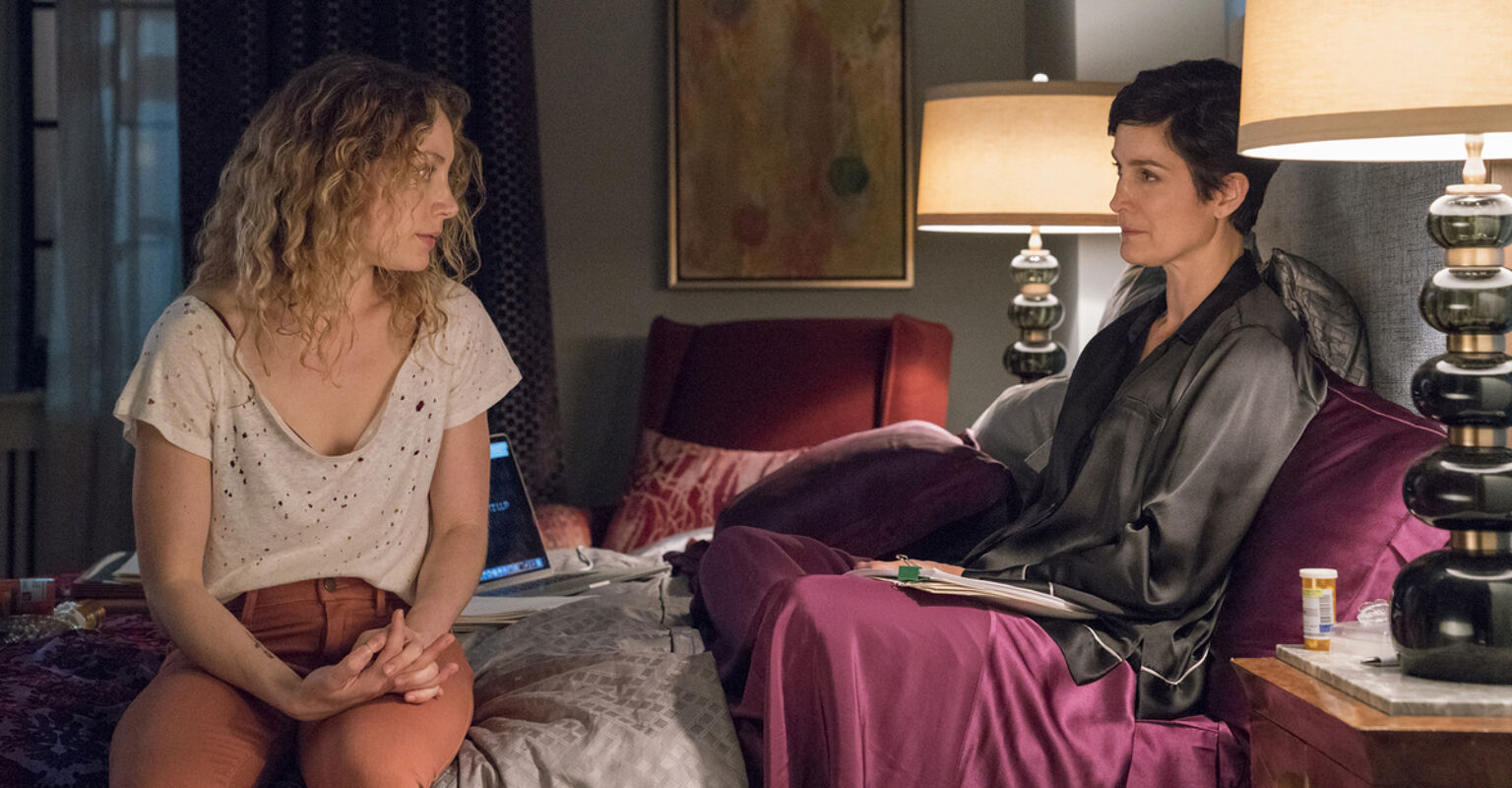 Lesbian queen Jeri Hogarth returned for Season 2 of Jessica Jones, which debuted on Netflix Thursday, and had the most titillatingand yet guttingseason possible.

Last season, which was released in 2015, fans got acquainted with Jeri Hogarth as the affluent, take-no-prisoners, Claire Underwood-esque lawyer who hired Jessica Jones as a private investigator to help tilt cases in her favor.

Objectively, she’s not a do-gooder: In the inaugural season of the Marvel show, Hogarth has an affair with her female secretary, behind her wife’s back. But she was the first canonically queer character in the Marvel Cinematic Universe, so really who cares? She returns in Season 2 with the same ruthless personality and twisted moral code, but early on in the season, she’s tragically diagnosed with Lou Gehrig’s Disease (ALS). Coming face-to-face with her own mortality exacerbates her proclivities toward scheming, grabbing for power, and her tireless libido. With nothing left to lose, Jeri goes labias to the wall, and it’s enrapturing to watch. 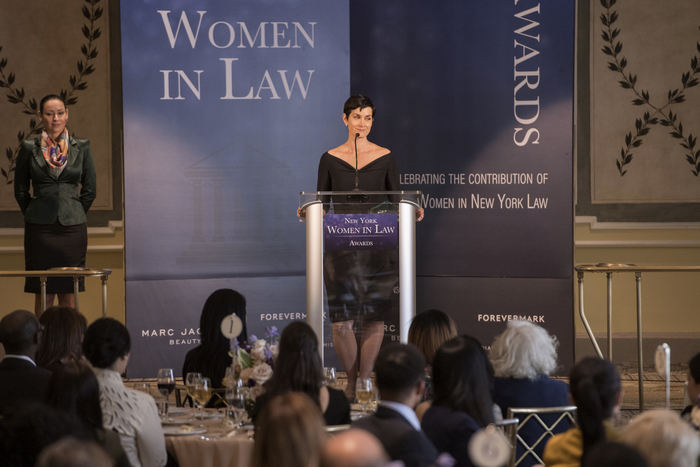 We haven’t seen many out lesbian characters like this on TV beforebold, brash, conniving, takes what she wants in businessbut mostly, her overt declarations of lesbianism were praiseworthy. Jessica Jones established the difference between the trope of “predatory” lesbians, and queer women making empowered, blatant expressions of woman-loving desire.

I often find myself timid when it comes to making such proclamations about my own sexuality, for fear of objectifying women as a side effect of such. Sometimes, queer women feel like we have to watch what we say, so as not to be dubbed “just as bad as men.” But embracing a queer identity is hard enough in a world that still often repudiates LGBTQ people. Hiding who you are is extremely harmful to the human psyche, and once we do own our sexuality, being afraid to be conspicuously queer is traumatizing too. The trope of the “predatory” lesbian stifles us even morewe don’t want to make our heterosexual sisters uncomfortable, and seeing that fear play out in film and TV is scary. The angst these harmful tropes inspires is paralyzing and constant, which leaves us queer women in expressive purgatory.

But Jeri Hogarth proves there’s another path. Throughout Season 2, she audaciously embraces her libido. The way she speaks about her gayness is masculine-leaning, but not misogynisticand that’s huge. After being diagnosed with ALS, she describes retiring to a remote island, spending the rest of her days making love to beautiful womena utopian lifestyle that she should want to pursue, but won’t. That alone sounds like an inherently male statementor maybe that’s just because only men have historically been allowed to openly declare their love for the female form. 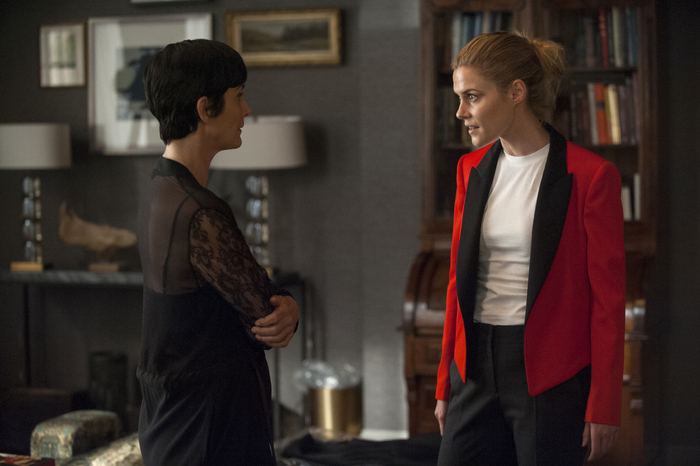 All of the writing on Jessica Jones mirrors this notion that women can speak about women (and men) the way we’ve generally only seen men do in the past. That’s because the women are everything in this show: The heroes, the villains, the lovers, the heartbreakers, and the doers. The men of Jessica Jones are tertiary in their physical roles and in their storylines: They’re pawns used by the female players, outdated plot devices that women have fallen victim to since the beginning of American film and television. The love language of this show is dramatically feminine, and as a result, thematically queer.

Because of this, Jeri is given ample leg room to fuck, date, fall in love, and get her heart broken. Her first sex scene comes soon after the diagnosis, when she rolls her car window down and invites a sex worker in, who asks if Jeri wants to “party.” Picking up a sex worker on the street is, again, a behavior typically reserved for sleazy male characters on TV. But Jeri is that charactershe’s a smooth-talking ladies’ woman who knows what she wants and isn’t afraid to ask for it. It’s no surprise her character was gender-swapped from the original comics (formerly a man named Jeryn Hogarth, but they kept his personality in tact).

But there’s a vital, important difference between the trope of “predatory” lesbians or creepy men, and the behaviors of someone like Jeri Hogarth, and that’s consent. Jeri never makes the women who are the apple of her eye feel uncomfortable, because they’re always on the same page. Whereas with “predatory” lesbian characters, the queer woman takes advantage of her heterosexual friends, making them squirm and pressuring them into doing something they don’t want to do (like Cynthia Rose in the Pitch Perfect franchise, who serially skeeves out her straight friends by groping them or making unwanted advances). 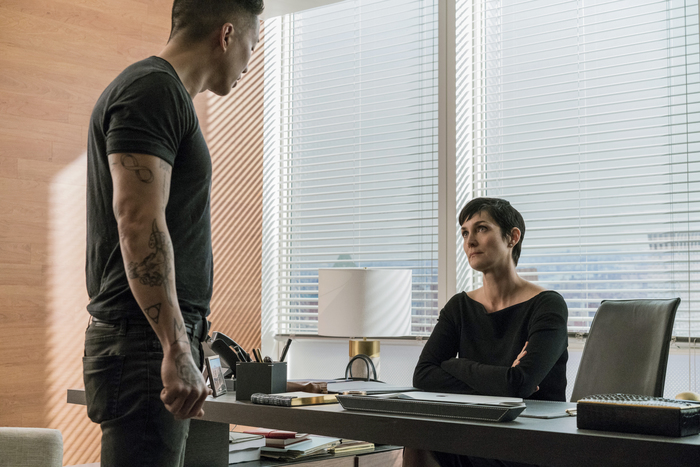 Because of this element of consentand thus, mutual respectJeri is able to pursue women and ogle women without objectifying them. She has a second sex scene with a homeless woman that Jessica stashes in her apartment for safe-keeping. The two women end up having a deeply romantic connection, and Jeri only capitalizes on that once it’s clear they’ve formed such a bond.

Towards the end of the season, Hogarth begins settling into her morbid fate by embracing the small pleasures around herlike positioning herself behind her private yoga instructor so she can stare at her ass. And stare she doesgrinning like a kid at a candy store. But the instructor’s flirtatious responses to Hogarth’s wandering eyes suggest she’s not uncomfortable, in fact quite the opposite. Jeri escorts her out when the doorbell ringswhich seemingly interrupts a moment that was headed toward a third steamy lesbian sex scene. At the door, Jeri doesn’t hesitate to lasciviously watch her yoga instructor walk away, despite her male guest witnessing the whole interactionmaybe even showing off to him.

That alone felt relieving to watch. After observing Jeri Hogarth in Season 2 of Jessica Jones, a part of my deep-rooted queer anxiety was relieved, because this show says of course it’s okay to stare at women, and feel explicit desire for women, and even openly express thatI like women, of course I should. But there’s a fine line between objectification and respectful, consensual interactionsand Jessica Jones illustrates that masterfully this season.