Shirley Jackson’s The Haunting of Hill House, the gothic horror novel that in 2010 was hailed as the “definitive haunted house story” by The Guardian, has been the subject of both film and stage adaptations since its publication in 1959, and now, it’s the inspiration for a new Netflix series.

From writer-director Mike Flanagan, The Haunting of Hill House introduces Olivia and Hugh Crain, who have purchased Hill House with plans of renovating it in order to sell it for a profit that will allow them to then build the “forever home” they envision for their five children: Steven, Shirley, Theo, and twins Luke and Nell. Jumping between past and present, we learn that the Crains are still dealing with the lasting effects of their matriarch’s passing during the short period they lived in the infamous old house. Triggered by a recent tragedy mirroring the eerie events that took place all those years ago, the Crains are forced to address topics they’ve avoided discussing since then.

The ten-part series is a spooky tale of demons, both personal and supernatural, and true to Flanagan’s signature style, it’s also about familial bonds, particularly those between siblings. Theodora Crain, who is a lesbian, and the middle child of five, has a compelling storyline that is sure to keep viewers invested in her development. 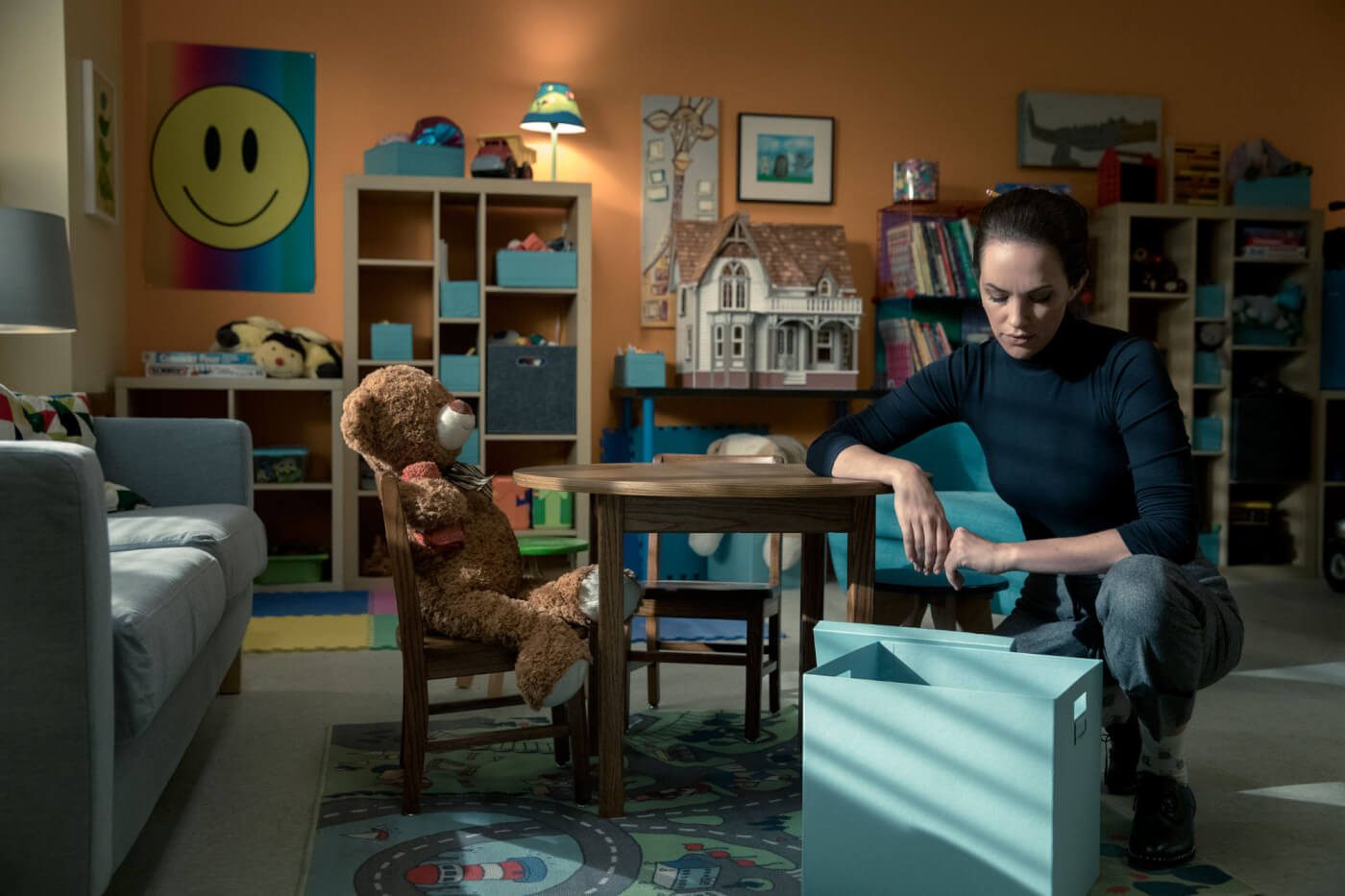 From the moment she’s introduced, it’s evident that Theo (played by actress Kate Siegel) has intimacy issues. She is wound up and guarded, referred to by one of her brothers as “a clenched fist with hair,” and we quickly learn she isn’t one for serious relationships, or any sort of romantic entanglement beyond a one-night stand.

Through flashbacks of the Crains’ time in Hill House, we learn that the clairvoyant abilities Theo develops as a child are the true root of her aversion to intimacy, which has more to do with physical touch than anything else. As an adult, Theo uses her abilities for good in her career as a child psychologist, but beyond that, she takes every precaution to avoid general physical contact with anyone.

While the series does include an overwhelming amount of straight people, a focal point of the story is a lesbian character who saves kids from dangerous situations and poor living conditions, who eventually works through many of her issues, and gets a cute tattooed girlfriend in the process.

Theo meets Trish in a bar. She takes her home, they have amazing sex and though there’s potential for a deeper connection, Theo isn’t willing to explore it. Still, when the horrors she sees due to her psychic abilities weigh down on her, it’s Trish she confides in, though reluctantly at first. It’s then that she finally allows someone outside of her family to share her secret, thus allowing herself the emotional intimacy she had fought against since she was a child.

Theo’s sexuality has always been perceived as queer. Though it’s only hinted at in the novel and an early film adaptation, in 1999’s The Haunting, Theo was portrayed as openly bisexual by Catherine Zeta-Jones. This is where Netflix rounds out the evolution of Theo by making her a lesbian who not only survives the horror show, but also gets the girl in the end. 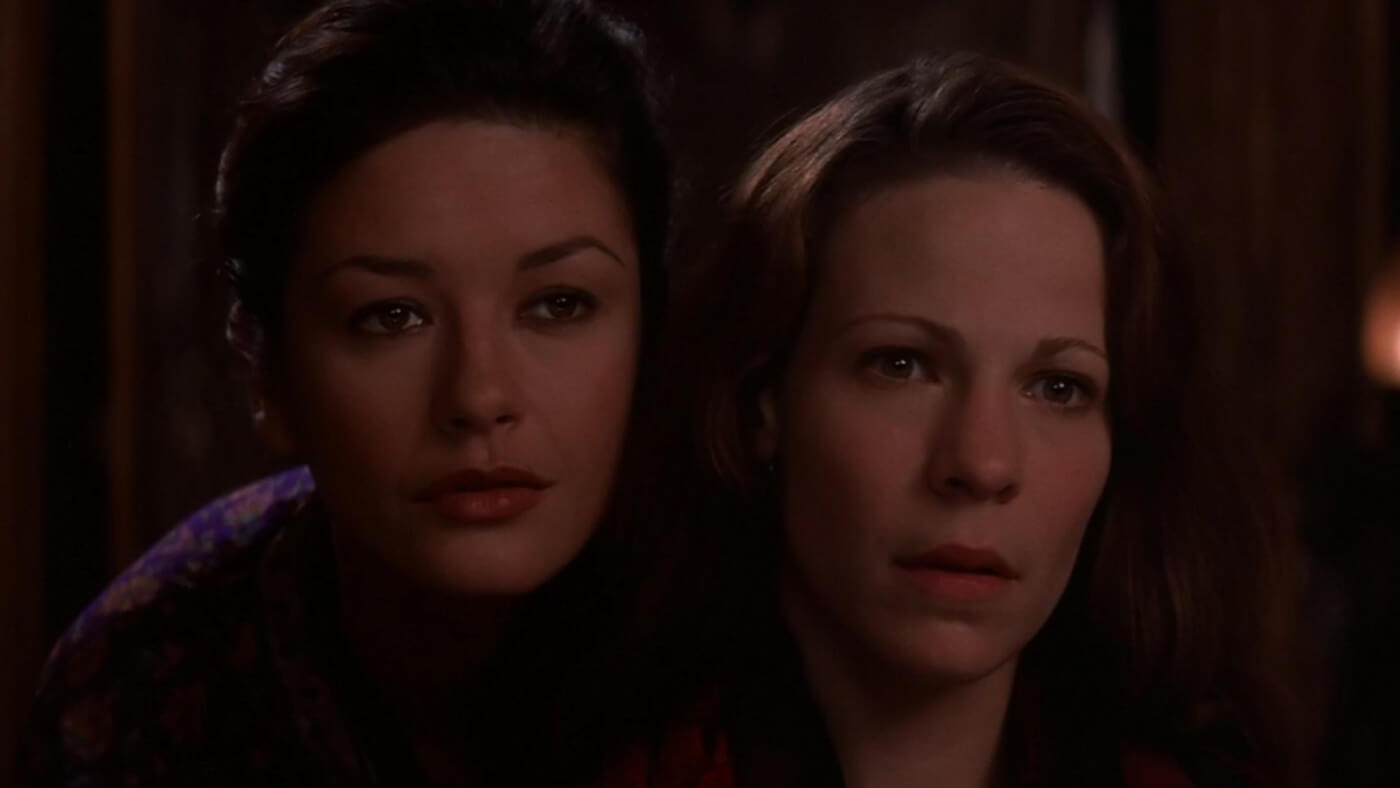 The Haunting of Hill House is more of a loose homage than a strict adaptation, and yes, the ending is less than ideal, but it is a Mike Flanagan presentation through and through, and that means you get a little sap with your horror. As was the case with Oculus, Flanagan’s 2013 horror flick about siblings returning to the house where their mother died when they were children, The Haunting of Hill House leans heavily upon the power of family. While the story feels scattered in some parts, the spook factor is worth the time, not to mention the moments of hilarity that truly capture sibling relationships.

One notable moment between the Crain kids takes place at a wedding reception. Nell, played by actress Victoria Padretti, the youngest of the five, is looking all over for her maid of honor, and with the help of older brother, Steven, played by actor Michiel Huisman, they find her, guided by the clear sounds of her getting it on with someone in a room nearby. Curious to see who the culprit is, they hang back and are soon surprised to find that it is Theo. After the general shock and awkwardness of this revelation, they hug it out, and that’s about as much coming-out drama as the show gets, or even needs.

For those Shirley Jackson purists, the series is littered with easter eggs along the way. While the names in the novel have been applied to new characters, and the storyline has been adjusted to fit the new timeline, it isn’t any less satisfying to hear the one line that’s made it onto every adaptation, “No one lives any nearer than town. No one will come any nearer than that. In the night. In the dark.”

The Haunting of Hill House is now streaming on Netflix.