If Pedro Almodovar ever decided he wanted to make a Mexican telenovela, chances are, something very close to The House of Flowers would be the end result. Not to downplay writer-director and show creator Manolo Caro’s originality, because his work is wildly original and lush, but much like Almodovar, Caro’s style is provocative and unapologetic.

Much like his films and plays, the Caro Netflix original holds a mirror up to the cultural idiosyncrasies and bad habits of the Mexican people, and with sharp, smart comedic dialogue points out just how outdated and unnecessary some of these frames of mind are. The subjects of casual racism and homophobia within Mexican families are rarely addressed as a problem, but in The House of Flowers, the De La Mora family is forced to do so when they’re bombarded with damaging family secrets and learn — some more reluctantly than others — that public perception isn’t the most important thing in life.

Nothing will kill a party quicker than a dead body. Except a Virginia De La Mora party, because she’s got a reputation to uphold, so after finding the body of a former employee hanging from the roof of the family flower shop, it is decided the party will go on as planned and the body will be dealt with later, but as it turns out, that can only go on for so long because the secrets start rolling out faster than the family can process them.

Upon learning of the long-running affair between Roberta, the deceased, and Ernesto, the family’s beloved patriarch, secret after secret comes to light, starting with the existence of Ernesto and Roberta’s young daughter, who is soon moved into the household upon her mother’s death. It is also revealed that Paulina, the eldest of the De La Mora children, has been privy to their father’s indiscretions for years and is more than familiar with the new member of the family, in addition to her father’s other business venture with Roberta, a drag cabaret which, like their famous flower shop, is also called The House of Flowers.

Naturally, Virginia is incensed. Not only is her picture-perfect marriage tainted, but now her most trusted daughter has betrayed her and her only son, who won’t commit to marrying his longtime girlfriend, is coming to terms with being bisexual and is thinking maybe he should disclose his five-year secret relationship with Diego, the family financial advisor.

These are only a few of the many ridiculous problems the De La Mora’s face in the 13 episode series, so it’s safe to say The House of Flowers can be a little soapy, but that’s the magic in the dramedy, as it embraces its campy telenovela flair and pairs it with the sharp wit of its writing to make it not just believable, but relatable. However, it must be said that beyond its obvious soapy inspirations, perhaps its most candid reminder of the genre is the casting of legendary Mexican singer and telenovela actress Verónica Castro as Virginia, who serves as the lingering influence of Mexico’s traditional views on the controversial topics the series rolls out with every episode. 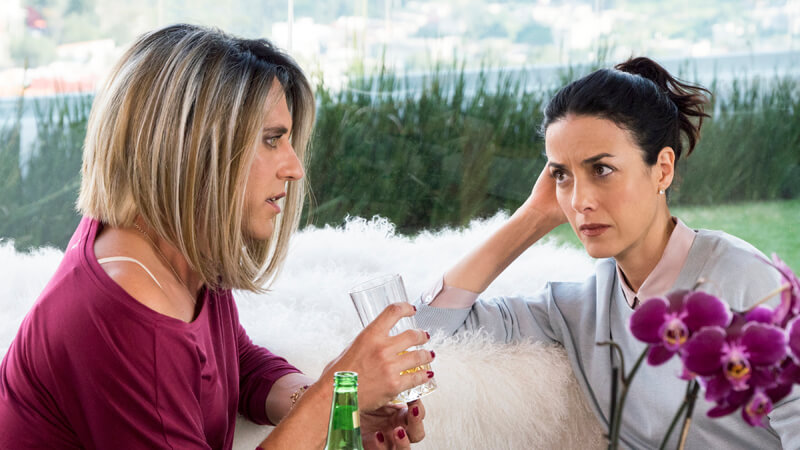 While Verónica Castro is a definite highlight of the series, Cecilia Suarez truly shines as Paulina, the fixer of the family who is dealing with a few serious revelations of her own on top of handling both family businesses and raising a teenage son. Her performance is a nuanced transformation that deserves recognition, if only for her solemn rendition of the 2003 banger, “Muevelo Muevelo,” during Roberta’s funeral service.

In addition to exploring the matriarchal themes of the show, the exploration of sexuality is handled beautifully. While the character of Maria Jose could have been improved by casting a trans actress, it was handled with grace and it was paid the respect it deserves, by both the filmmaker and the actor portraying Maria Jose, Paco León, who expressed the necessity of a performance that steered clear of stereotypes. 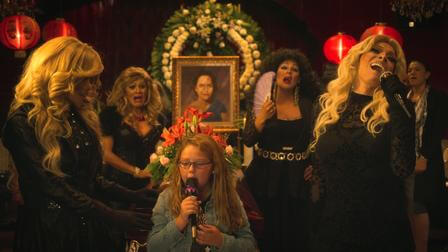 “What we wanted to do and what was important for us to do was, take this character out of the stereotypical perception, in a sense that would create a healthy dialogue about LGBTQ issues by providing a positive portrayal of a trans woman, and we hope Maria Jose did that.”

Clearly, Mexican cinema has a long way to go when it comes to telling LGBTQ stories, but considering the country’s traditional views, every step is a significant one and The House of Flowers is a big one.

The House of Flowers is now streaming on Netflix.