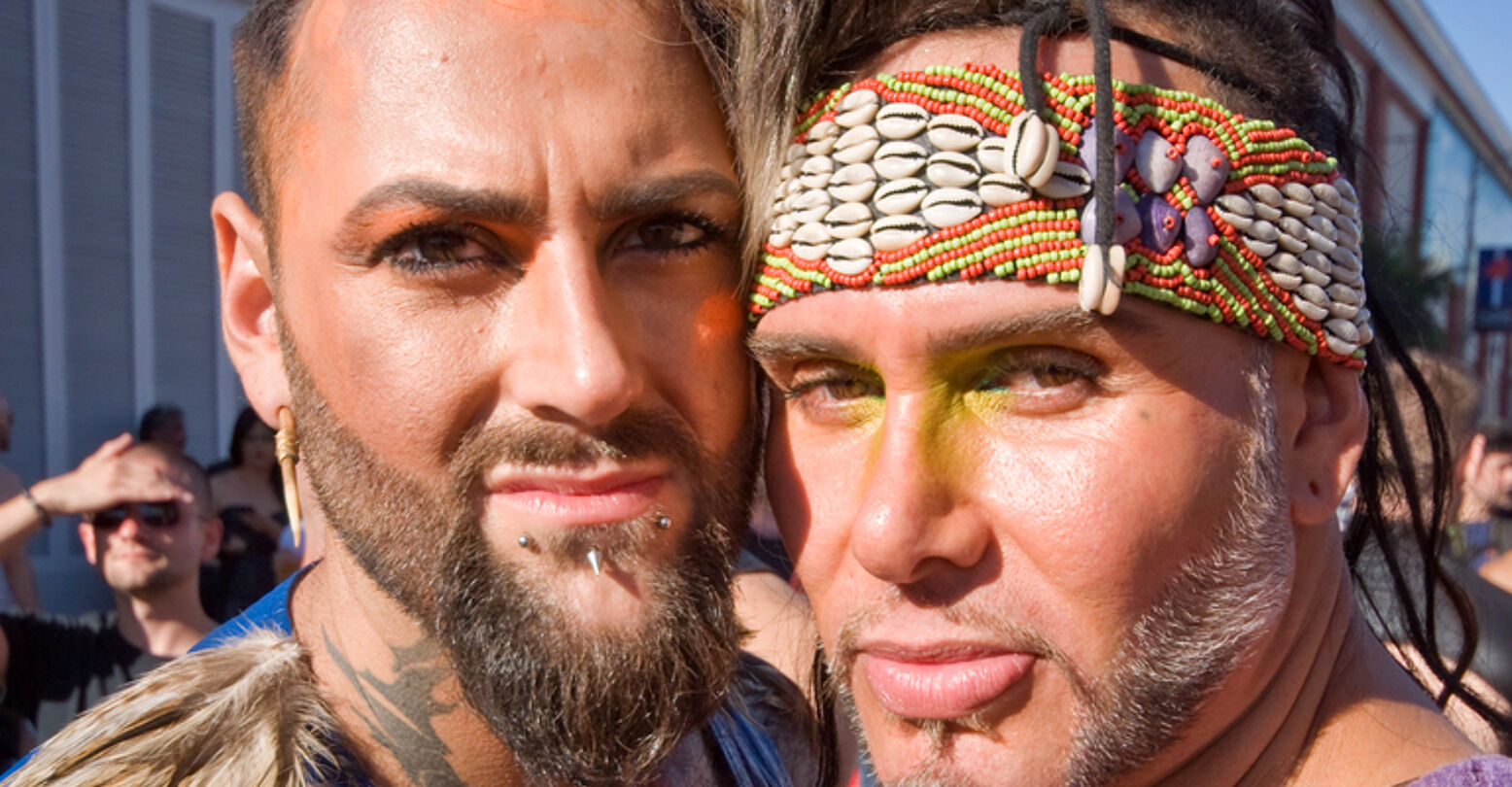 While this unachievable ideal may have been the standard for men in the leather community for years, that idea is starting to change, and that change is certainly a welcome one.

However, as the idea of what a man should look like shifts within popular culture, changes are happening within the leather community as well.

Some who have been involved in the community for some time say it’s clear that changes are already happening. “There has been an evolution of the male masculinity spectrum,” Tyesha Best, the Media Director for International Mister Leather Inc. told me via e-mail. “Many have come out of the closet persay [sic] as more feminine presenting male identified individualsIts [sic] really exciting.”

“Every day, there are new conversations to be had, new ideas to be shared,” Jody told me over email, “I see our possibility as a community limitless.”

And Jody has some first-hand experience with a changing community. In addition to competing in this past May’s International Mister Leather competition, Jody is also known as Sister Cordelia xoxo of the Derby City Sisters of Perpetual Indulgence.

“It’s an organization that lets me express a part of myself I didn’t know existed.”

The Sisters of Perpetual Indulgence, for those whose knowledge is lacking in the subject (don’t worry, I had no idea either) are a group of, according to Jody, “Anarchist pagan witchy queer genderbending radical faerie fabulous drag nuns who do the work for our community, in whatever form it comes in.”

The sisters are impossible to miss, with their stark white face paint, delightfully flashy outfits and their larger than life cornettes. The Sisters of Perpetual Indulgence have, according to their website, “devoted [themselves] to community service, ministry, and outreach to those on the edges, and to promoting human rights, respect for diversity, and spiritual enlightenment.”

Somehow the Sisters manage to be both distinctly queer and incredibly traditional at the same time. The first time I was introduced to the Sisters, I knew right away they were supposed to be nuns, despite the fact that they looked more like the main attraction at the most fabulous circus on earth.
The Sisters may be the furthest possible from the Tom of Finland prototype. They are the very image of flamboyance, ignoring traditional gender norms and doing so with unabashed glee. The energy of a group of Sisters is electric, it’s nearly impossible to not be laughing while surrounded by them. They are the very antithesis of the toxic masculinity which surrounds gay men.

You’ll often see the Sisters at major LGBTQ events across the country, including the International Mister Leather convention. In fact, that’s where Jody first saw his first Sister. He described seeing a Sister at the 2012 IML convention but didn’t think the group would ever be in Louisville Kentucky. That is until a couple of years later when he saw a group of them walk into the bar he was in.

Since then the sisters have been an incredibly big part of his life, so much so that Cordelia even showed up on stage when he competed in IML this past year. Impressive when you consider a contestant donning any type of drag would have been unheard of just a few years prior. Cordelia showing up on stage is a sign of the change that is already happening within the Leather community.

Of course the community is far from perfect, there is still plenty to be done in order to make it a more inclusive environment for anyone who may be interested. Tyesha is keenly aware of that, and she has some ideas on how to best facilitate that growth.

“If given the opportunity I’d have more facilitated dialogues and panel discussions,” she told me, about changes she’d like to make in the community. “It’s important that there is a diverse intellectual stream when it comes to leadership and education.”

Tyesha also told me that, as a woman in the community, she definitely feels supported, though of course there are some “bad apples” in the bunch. She hopes that the racism, sexism, misogyny, transphobia, and other “-isms,” as she calls them, will eventually die out within the community, a hope Jody also shares.

“I would change the ‘no fats, no femmes, no Asians, no blacks, etc.’ mentality present within so many aspects of culture, not just leather,” Jody told me. “But especially in the kink and leather scene; there is simply no room for that.”

He’s right, of course. The issue of misogyny and racism and all the other “-isms” is not something specific to the leather community, it’s one which the LGBTQ community as a whole needs to deal with.

It does feel like there is a change happening. It’s a change I’ve noticed myself over the past eight or so years as I’ve attended IML. The crowds feel not only bigger but also younger. New people are coming in, and that’s forcing others to change and be more open.

The “Old Guard” still exists, and is still important, but people are feeling more comfortable branching out and trying to do things a bit differently. Change is definitely happening in the leather community, and while it certainly isn’t rid of the pressure of the “-isms” just yet, it’s getting closer all the time.

Jody is confident that it has to happen.

“Leather and kink are comprised of moments, time, experiences, politics, which often transcend the physical,” he says. “To maintain that toxic mentality is not only racist and discriminatory but incompatible with some of the best feelings you get out of these communities.”