A new book about Nancy Regan is out, and in it, the author writes about a time when the former first lady danced with a “very successful lesbian writer” at the wedding of producers Lucy Fisher and Douglas Wick.

“Without missing a beat,” Reagan’s former press secretary, Sheila Tate writes, “Nancy said, ‘You lead.’ And off they went to the dance floor.”

It didn’t take much research to locate this “LESBIAN!” mentioned in Lady in Red: An Intimate Portrait and subsequent salacious press. According to Can I Go Now?: The Life of Sue Mengers, Hollywood’s First Superagent, this story is well-known. Author Brian Kellows writes in Can I Go Now?: “Sue told screenwriter Patricia Resnick that she would give her five hundred dollars if she cut in on Nancy Reagan on the dance floor. Resnick did it and danced with the First Lady, much to Sue’s delight.”

Resnick, who famously wrote 9 to 5 and is currently working on the long-awaited reboot with Rashida Jones, once blogged about the experience of dancing with Mrs. Reagan. She was drunk, she writes, and “Sue insisted she wanted to dance with the First Lady and that led to general speculation on whether or not anyone ever cuts in on the First Lady. And then the life changing moment.”

Mengers dared her entire table to ask the First Lady to dance.

“Without another thought, I pushed back from the table, strode across the dance floor and firmly tapped Doug Wick on his shoulder,” Resnick wrote. “‘May I cut in?”’I said as demurely as a drunken lesbian can. Nancy stepped back from Doug thinking that I wanted to dance with him.” 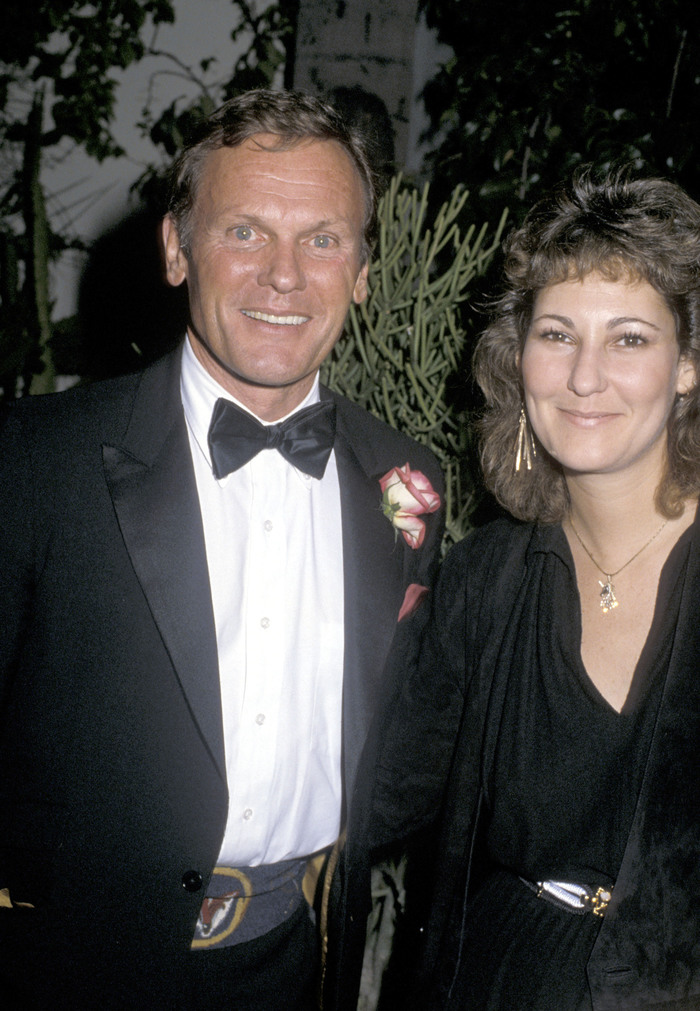 “And miracle of miracles, Nancy Reagan, First Lady of the United States, without saying a word or asking a question put her little arms up in the air and came toward me. An orchestra played ‘Embraceable You’ as I moved her along in a box step, the only slow dance move I knew,” Resnick writes.

She goes on to say the Secret Service men standing near by “didn’t seem at all pleased.”

“Was it against the law for a woman to dance with the first lady? I figured I better start talking and start talking fast,” Resnick wrote. So she told the First Lady about the bet, and asked if she wanted to split the money. “Nancy just smiled and said, ‘That’s alright, dear. You can keep the money.”

When the song was over, they parted ways. But the next morning, Resnick was alerted that queer gossip columnist Liz Smith was going to include the tidbit in her next column.

“I had no idea whether she said, ‘Isn’t that adorable’ or ‘Big Dyke Accosts First Lady at Wedding,'” Resnick wrote. “I seriously began to question if I might have done irreparable damage to my career. So much in Hollywood is not about what you do but how you are perceived. If you are perceived as a First Lady attacking lunatic, you can be fairly sure that not a lot of people are going to be banging your door down to work with you.”

But when she finally got someone to read her the column over the phone, she was relieved to find “the whole thing was taken as a clever joke in which Nancy and I collapsed in giggles.” She corrected Smith: “Inaccurate reporting, Liz. I don’t giggle. I’m not that girly. And the farthest Nancy ventured towards giggledom was a weak smile.”

Though she did it for a laugh, Resnick was not a fan of Nancy or her husband’s politics (her mom was very upset with her for even dancing with Nancy), and, according to her Twitter feed, was much more into Hillary.

For the last decade, Resnick has been working on a memoir called Dancing with Nancy Reagan, but has kept busy in Hollywood writing, most recently, episodes of Recovery Road and The Arrangement. In 2016, she wrote an open letter to To the Board of Governors of the Academy when they tried to remove her in order to bring in young members in response to #OscarsSoWhite backlash.

“I happen to be female and I’m also gay, another underrepresented minority, and yet, because I haven’t been hired on a film in the last 10 years, I am to be booted into the ’emeritus’ status and replaced by younger members who are being asked to join in order to help you deal with a publicity nightmare,” she wrote. “By the way, the actors branch nominated or didn’t nominate certain actors. Replacing sexism and racism with ageism is not the answer. It’s like deciding to boycott graduation at a college that is not diverse instead of the admissions office. The problems lie with the motion picture business decision-makers, not the Academy members.”