Jon Favreau’s new Lion King remake is brimming with musical legends. With icons like Donald Glover and Beyoncé set to star as Simba and Nala, the soundtrack will undoubtedly be a spectacular musical moment. The film will include four songs from the original, and Elton John has just confirmed that he’s working on a new song with Beyoncé for the revival.

John told The Sun that he and Beyoncé are writing a song with Tim Rice, the legendary lyricist who wrote the music for Aladdin and collaborated with Elton John on music for the original Lion King. The new song will reportedly be in the end credits of the film.

“They need to have a new end credits song,” John said. “And then there will be an end, closing song, and we’ve been speaking to Beyonce’s people and hopefully Tim and I and her can cook up something.” 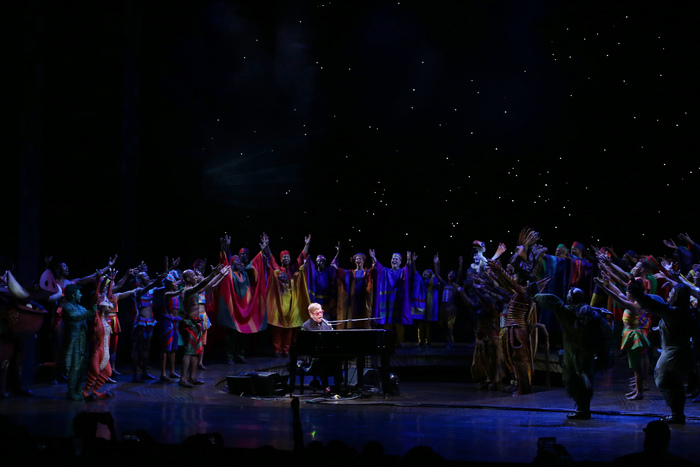 The four original songs that will remain in tact are “Hakuna Matata,” “I Just Can’t Wait To Be King,” “Circle of Life,” and “Can You Feel the Love Tonight?”

“It will be great to work with her,” John said of working with Bey.

After the news broke about Beyoncé voicing Nala last November, reports of the two multi-hyphenate moguls hitting the recording studio together have popped up. Hopefully, this interview from Elton John serves as confirmation for the duet.

The Lion King hits theaters July 19, 2019. Along with Beyoncé and Donald Glover, James Earl Jones is set to reprise his role as Mufasa, Chiwetel Ejiofor will replace Jeremy Irons as the role of Scar, and John Oliver will felicitously play Zazu.