Mattel, the toy manufacturing giant, announced last Wednesday it would be launching 17 new Barbie dolls to honor “historical and modern-day role models from around the world.”

Introduced just ahead of International Women’s Day, the star-studded lineup included pilot Amelia Earhart, Olympic snowboarder Chloe Kim, and Mexican artist Frida Kahlo. Frida, however, was missing her characteristic unibrow, and some critics argued she had been whitewashed.

Backlash was swift on social media, with some calling out the egregious appropriation of a queer, disabled, brown communist in the service of capitalism.

This debate is not new. The battle over Frida’s legacy and her subsequent commodification has been brewing since Frida-mania began. In grappling with how we ought to honor the renowned artist, two camps have emerged.

One, the “girl power” Frida, essentially depicts her as a quirky art teacher who marched to the beat of her own drum and inspires girls to buck convention with her eccentric dress and facial hair.

This is the Frida you can buy on coasters, refrigerator magnets, and T-shirts, a Frida so uncontroversial she appeared on British Prime Minister Theresa May’s wrist. For those unfamiliar with May, suffice it to say she is not a communist.

This is also the Frida you are more likely to encounter in pop culture, the one for whom the city of San Francisco is naming a street, and whose face can be purchased on lipstick at CVS, of all places.

The other Frida is the radical Frida, the outspoken queer communist who detested American capitalism and white people, whom she once referred to as having faces “like unbaked rolls.” She is a patron saint of the downtrodden and the misfits, a woman ahead of her time whose legacy has been misappropriated and must be reclaimed.

To be clear, the latter camp has good reason to be contemptuous. “Girl power” Frida is winning out, in the markets, at least. In a world where representation matters, the erasure of Frida’s queerness, politics, and disability to create a more palatable product is rightfully being called out.

But the counter-narrative has its own oversimplifications, and modifies her to adapt to contemporary discourse on social justice. It erases the designs she had on her own narrative, a narrative that heavily utilized mass consumption to propagate itself.

Frida was born into wealth, relished the salacious stories about herself and her husband, the muralist Diego Rivera, in the press that kept her in the news, and fudged the record of her life to better curate the persona we know and love and wear today.

Her body of work, which often depicts Kahlo as a kind of martyred Catholic saint, lends itself to deification, and she saw the facts of her own life as malleable to that end. She was born in 1907, but said she was born in 1910, the year the Mexican Revolution began, so people would associate her with it. Born Magdalena Carmen Frieda Calderon, she changed the German spelling of “Frieda” to Mexicanize it. 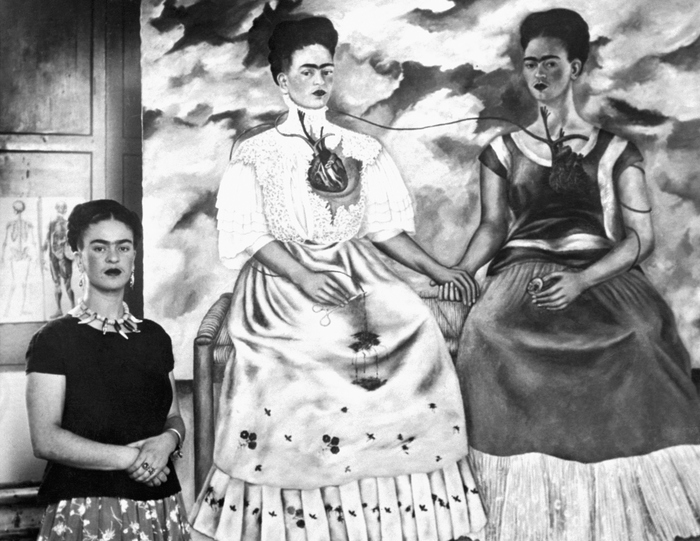 Frida also propagated the enduring myth that her father was a Jewish man of possibly Hungarian origins, when research shows he stemmed from a long line of German protestants. Frida was a staunch communist who detested Hitler, and it is speculated she promoted her father’s false origins to more closely align herself with the oppressed Jewish people and further dissociate from Nazism.

That’s not to portray Frida as a liar. It’s to underline that she has very much been an architect of her own narrative, and uproar over the pre-selfie selfie queen’s commodification ought to factor her agency in how she wished to be consumed before assuming she is a hapless victim of greed.

Regardless of how one feels about “identity politics,” it’s questionable the ideology would have found a friend in Frida. While she embraced a radical politic, her take on identity was chaotic, and she utilized her social mobility to portray herself at times as a proud indigenous woman, and at other times a Europeanized woman, with the indigenous Frida representing freedom, albeit with a troubling “primitivist” lens at times, and the European Frida representing constraint by society.

In Frida’s world, identity was a calamitous affair, subject to the shocks and throes of politics, social movements, and inner turbulence. This maps well onto her art, which often features Frida split in two, and onto the identity crisis that characterizes Mexico itself, where indigenous peoples, Spanish colonization, and slavery collided, resulting in the Mestizos, the mixed-race Mexicans who make up the majority of the country.

Reconciling Frida with modern American racial politics has proven tricky, and resembles the battle over Mestizx identity that plays out in the theater of Mexico and its diaspora. But from what we know about the Mestizaje, the caste system Europeans left behind in Mexico, and how race plays into it, we can surmise Frida occupied a privileged rung in the social hierarchy. This certainly contributes to her freedom to explore various identities, when for indigenous people at the time, there was no such luxury.

That doesn’t erase her as a woman of color. But Frida made liberal use of her favored status, adorning herself in clothing from indigenous cultures that exist in the present, like the Zapotecs and the Juchitán, people actively oppressed by both white and nonwhite Latinxs who collaborate with colonization, be it willingly or unwittingly.

It can be argued Frida did this to propose an indigenous Mexico, one uninterested in Europe or in being European. Social movements at the time were deeply involved in these questions, albeit in a manner that was more about nationalism than justice. Conversations about cultural appropriation and its nuances haven’t quite come to a consensus yet either.

But it seems an oversight for those of us interested in preserving her more radical image to not at least mention it in her legacy, especially while indigenous Latinxs continue to be overlooked. There will be no Berta Cáceres Barbie, a Lenca woman who fought the displacement of indigenous people in Honduras and was assassinated for it by U.S.-trained troops in March 2016, nor would anyone realistically propose it. It’s worth it to observe and contemplate why that is, and what it reveals. 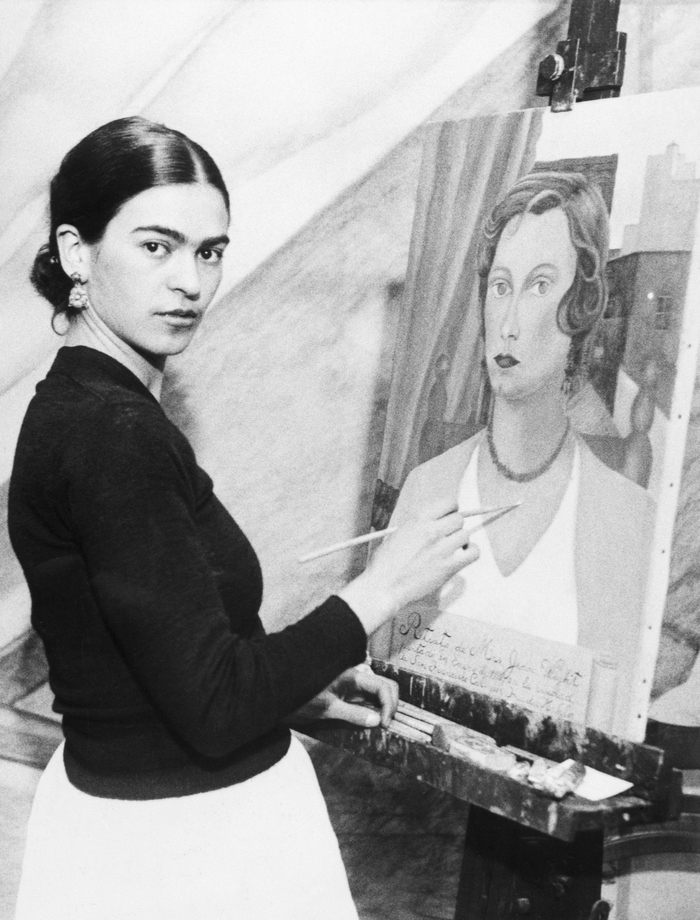 The debate over how to revere Frida roars on. It implicates the larger discussion on what inclusive capitalism would look like, and how women, queer people, and people of color, groups that have historically been oppressed by the system, might collaborate with it, or if they should at all.

She has been separated into two Fridas. One is the refrigerator magnet: the whitewashed rebel, the talented painter who dressed flamboyantly and overcame a male-dominated art world with her insurmountable gift. She is as palatable to the feel-good gloss of mainstream feminism as she is to Theresa May’s wrist.

The other is the radical Frida, the brown revolutionary, the queer disabled woman, a proud communist who would not find herself out of place in the modern discourse where exclusionary feminism, or white feminism, is used as facade to distract from the systemic injustices and imperial impulses of capitalism.

But the truth is rarely binary, as the facts of Frida’s legacy attest. She is not here to speak for herself, and like so many queer, nonwhite, and women icons, has been hollowed out to serve as a proxy for whatever cause might benefit from slapping her face on it. In the case of Barbie, she appears to be a convenient way to satisfy the need for Latinx representation in a line of toys.

For all the faces she left us with, we don’t know her very well. Each work seems to be a hypothesis from the artist herself, and the multiplicity invites the viewer to speculate on which is the real one. In that process, we are more likely to encounter ourselves than we are her, and that bears itself out in the public discourse around the artist.

When we remove the myth, what we are left with is an undeniably talented, fiercely political woman from Coyoacán, Mexico, onto whom much has been projected.

Perhaps that’s what she wanted.