The New York Times is often called “the newspaper of record,” for better or worse, and its impact on history cannot be ignored.

That’s why we appreciate this new series of “Overlooked” obituaries The Times launched on Thursday in honor of International Women’s Day to remember “15 remarkable women” it once forgot. 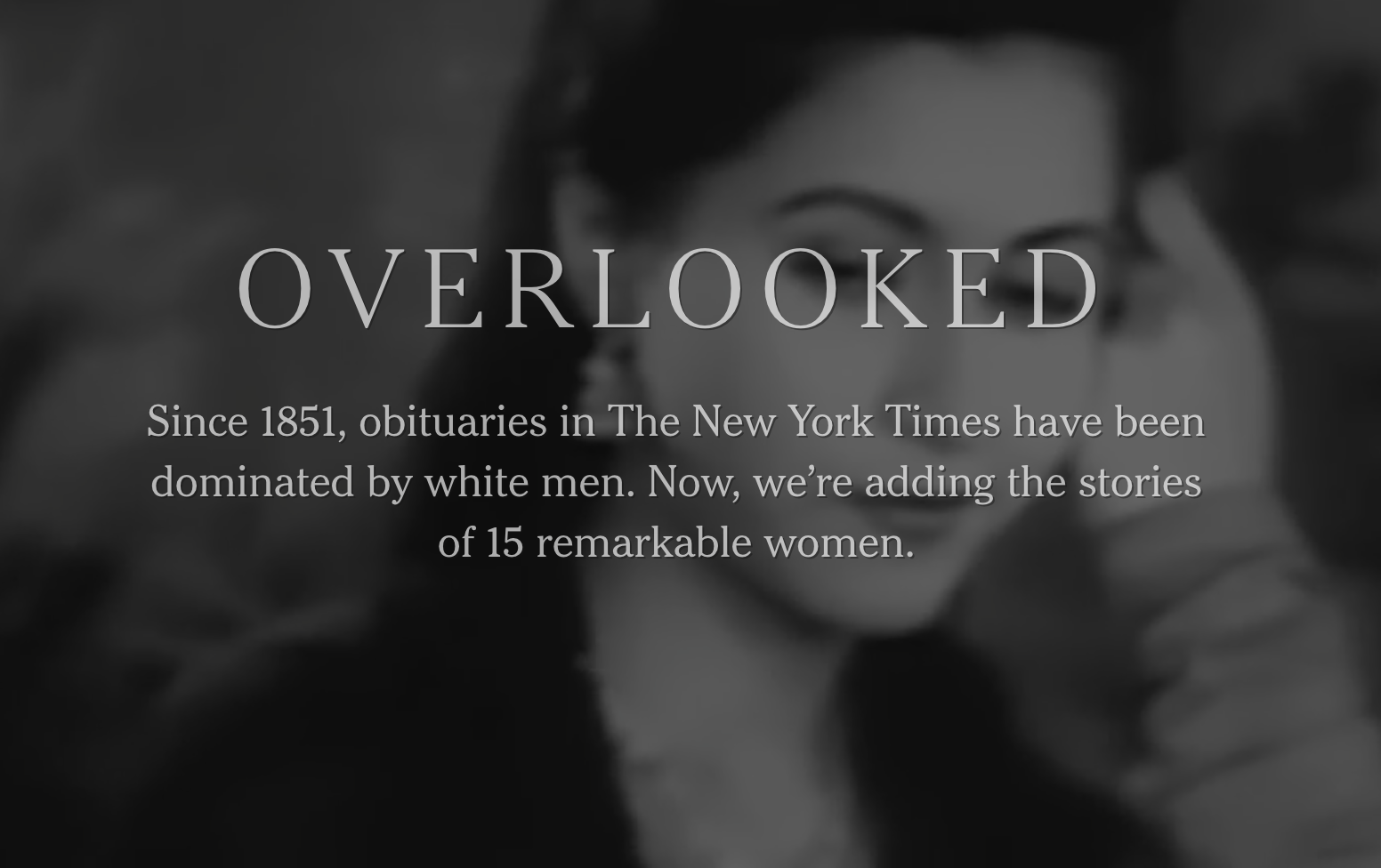 It’s no secret that the Times gets it wrong a lot (I mean, remember how it covered the Stonewall riots with the headline, “Homo Nest Raided, Queen Bees Are Stinging Mad”?), and the fact that the vast majority of the thousands of obituaries published by “the newspaper of record” since 1851 were of white men is clearly wrong. But it’s nice they’re not only acknowledging fault but working to rectify at least some of those errors.

“With ‘Overlooked,’ our new collection of obituaries for women and others who never got them, The Times is acknowledging that many worthy subjects were skipped for generations, for whatever reasons,” writes Obituaries Editor William McDonald.

Among the obituaries for journalist and anti-lynching campaigner Ida B. Wells and novelist Nella Larsen is one for Marsha P. Johnson: the Stonewall revolutionary, S.T.A.R. co-founder, ACT UP activist, artist, trans icon, sex worker, and infinitely multi-faceted fixture of Greenwich Village life whose 1992 death at the age of 46 remains unsolved to this day.

“Many transgender people have also come to hail Johnson, and her longtime friend and colleague Sylvia Rivera, as pioneering heroes,” writes Times International News Editor Sewell Chan. “Her goal, she declared in an interview for a 1972 book, was ‘to see gay people liberated and free and to have equal rights that other people have in America,’ with her ‘gay brothers and sisters out of jail and on the streets again We believe in picking up the gun, starting a revolution if necessary.”

Times Obituaries Editor William McDonald says that he plans to keep the series going on a weekly basis and expand it beyond the category of “women.” If you’d like to nominate someone for an “Overlooked” obituary, you can nominate them here.