From 1935 through the 1970s, Robert Neal and Edgar Hellum preserved Pendarvis House in Mineral Point, Wisconsin, and ran a Cornish-cuisine restaurant visited by the likes of Frank Lloyd Wright. Their relationship as lovers was referenced sideways, if ever, through Hellum’s death in 2000. Dean Gray brings the unseen love shared between these two men back to life in The Pattern at Pendarvis, which made its world premiere at HERE Arts Center, presented by New Dog Theatre Company and StreetSigns, through August 5.

Gray’s play fictionalizes interviews conducted by Will Fellows for his book, A Passion to Preserve: Gay Men as Keepers of Culture. Fellows is transmogrified into the fictional Rich Farnsworth (Gregory Jensen), who, like Fellows, has written Farm Boys: Lives of Gay Men from the Rural Midwest. In Pattern, Farnsworth encounters Edgar Hellum (Lawrence Merritt) at his home in Mineral Point in 1997, 14 years after Bob’s death. 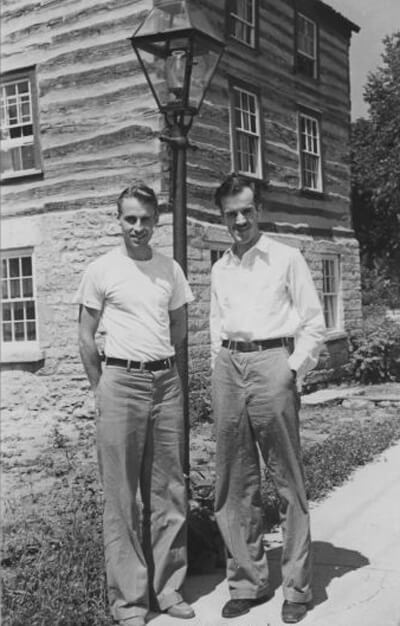 Though Farnsworth wants to discuss Hellum’s homosexual relationship with Neal, he’s continually stalled by Norm Hansen (David Murray Jaffe), a “friend” of Hellum’s who is also on the board of Pendarvis. With funds to raise and a board to protect, Hansen acts out of concern that Farnsworth’s project of unearthing the men’s relationship will threaten Pendarvis’ institutional interests. Hellum wonders, himself, why Farnsworth remains insistent on digging up the past.

The play follows the three men as Farnsworth’s interview with Hellum becomes more and more vulnerable. Hansen has to be sent out in order for the two remaining gay men to speak authentically on the past.

At times pedagogic in tone, visually static, and slow-moving, The Pattern at Pendarvis finds its moments of pathos when Farnsworth’s hunger to claim his gay heritage rises to meet and overcome Hellum’s resistance to reopening old wounds. Gregory Jensen (Farnsworth) and Lawrence Merritt (Hellum) play off each other beautifully through the build.

Farnsworth, at his most passionate, wonders aloud:

Many of the negative attitudes that exist out in the larger world about men like us are attitudes that are based on the wrong assumption, that we don’t contribute anything, to the culture, to the community. That we are non-contributing, self-indulgent individuals….

Hellum, for his part, says, “You have to understand something…. Back then, there weren’t any gay people. Of course, there were, but… there wasn’t. There wasn’t because you just didn’t talk about it. So… there wasn’t.” He later reveals that he and Bob had split up and lived separately toward the end of Bob’s life. 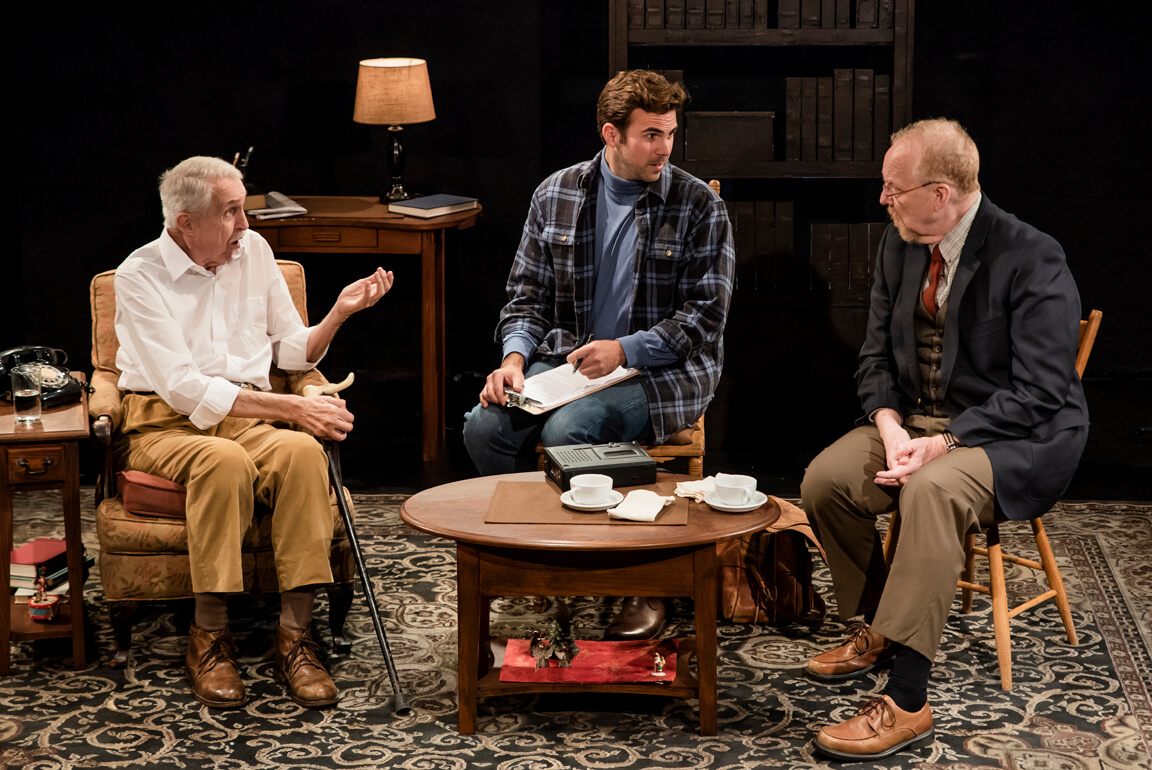 The Pattern at Pendarvis warns of the price of demystifying our heritage while affirming that the project is still worth undertaking. Where Farnsworth may have been after a love story between Neal and Hellum for his book, the reality of Bob and Edgar’s day-to-day lives — their “pattern” — in their decades of togetherness was ordinary, maybe even unremarkable.

Hellum ultimately feels he didn’t accomplish as much as he would’ve liked for the cause of gay acceptance, but he encourages Farnsworth (and us) to create new patterns by saying, “Things change. They always do.”

This production of The Pattern at Pendarvis was directed by Joseph Megel and appeared as part of SubletSeries@HERE, “HERE’s curated rental program, which provides artists with subsidized space and equipment, as well as technical support.” For more on the history of gay preservationists, closeted in their own house museums, see Joshua G. Adair’s essay, “House Museums or Walk-In Closets? The (Non)Representation of Gay Men in the Museums They Called Home” in Gender, Sexuality and Museums: A Routledge Reader, edited by Amy K. Levin.