There’s something inherently queer about superhero comic books. Every issue filled with brightly colored tales of garishly dressed extraordinary individuals who use their incredible powers for good, putting their lives on the line to save an ungrateful and ignorant world? That’s queer shit. That’s gay-all-day real shit.

As a swishy little kid in Texas, I knew this to be true even if I couldn’t articulate why I needed to go to the local comic store every single Wednesday to pick up my weekly pull of flamboyantly escapist magazines. But by the time I was 10 years old I was fully obsessed with comic books and rarely went anywhere without a couple of issues in my backpack, usually the Uncanny X-Men,  the quintessential queer superhero team.

Of course the X-Men are queer — look at their fashion! Look at their drama! Look at how society treats them! When I was growing up no one that I knew was talking about the queerness of superheroes and it sucked. I wouldn’t dare to mention my undying crush on the big-bodied genius turned blue-furred creature Hank McCoy AKA The Beast, I had to pretend like I was into Jean Grey even though in reality I wanted to be Jean Grey and I was into her. It was a whole exhausting thing. I felt like my gay read of the X-Men was mine alone and I had to keep it a secret from everyone.

Luckily, today we have someone investigating the true depths and wonders of comic books’ queerest superhero family: enter the astonishing Jay & Miles X-Plain The X-Men. I stumbled upon the X-Plain The X-Men podcast shortly after it began in April of 2014 and I immediately fell deeply in love. The premise is simple enough.  Two of the biggest X-Men fans, Jay Edidin and Miles Stokes, discuss, dissect, and X-plain “the ins outs and retcons of Marvel’s greatest superhero soap opera.” 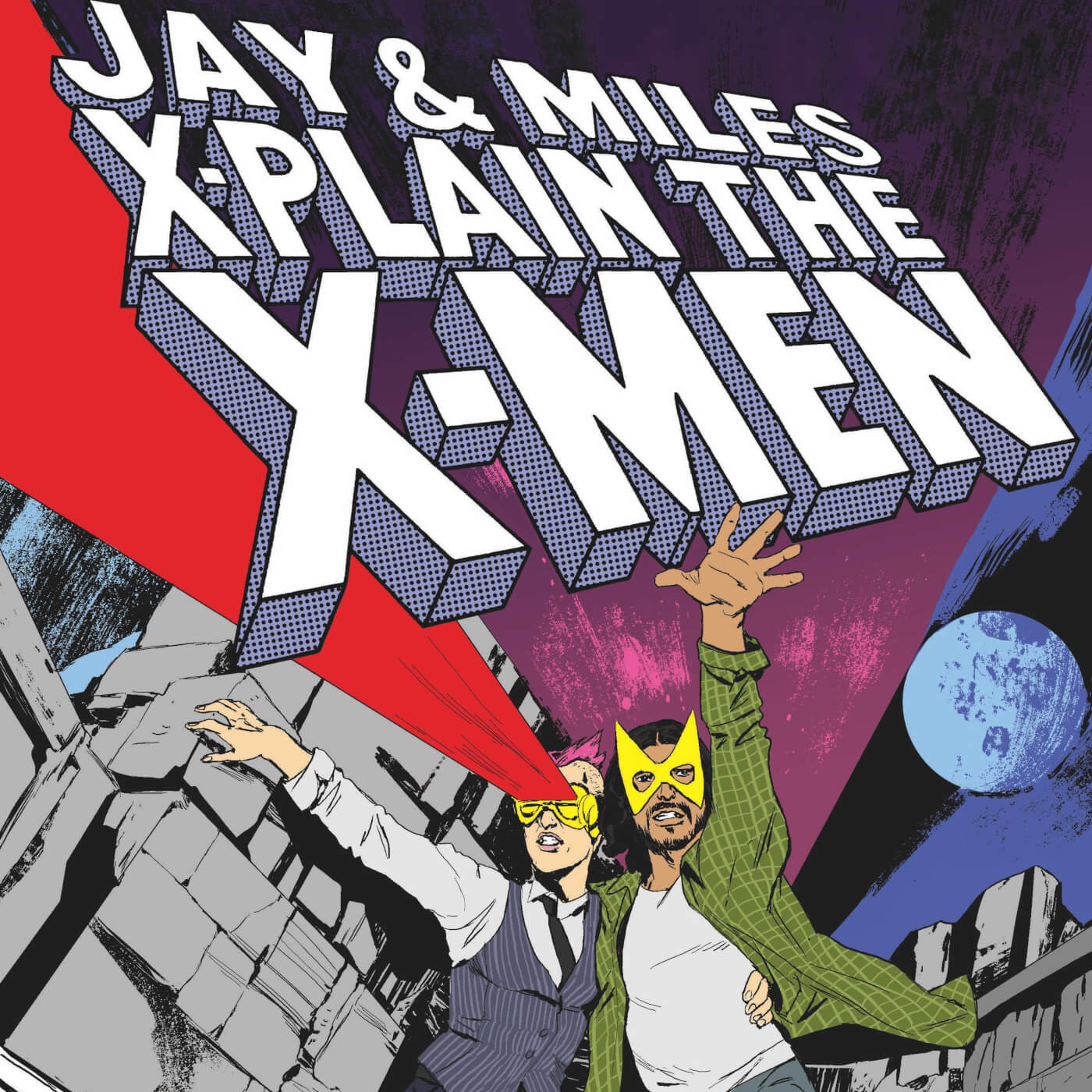 On more than 200 episodes of the podcast recorded thus far, the duo has covered hundreds of issues of Uncanny X-Men, New Mutants, X-Factor, Excalibur, and Adjective-less X-Men.  They’ve touched on everything that I remembered reading growing up from the X-Men’s earliest encounter with the xenomorphic Brood species to the death and rebirth of telepath Jean Grey. Each episode covers the plot of four to five issues of content and interrogates the subversive themes that these storylines contain. As soon as I started listening to X-plain The X-men I realized that these people were like me. Not only were they huge comic book fans, but they saw the queerness, the otherness, the camp and the poignant resistance that the X-Men could embody.

There are quite a few nerd subculture podcasts out there, but what makes X-Plain The X-Men stand out is just how queer it is. They’ve discussed the reclamation of the term “queer,” which X-Men characters they would like to see retconned as transgender, interviewed queer comic book creators like Sina Grace, and unpacked what the X-Men can represent in our current political climate.

“So much of queer culture is built on coding and subtext, is built on being able to have those sub-rows of communication, those signals and signs and I think someone coming to comics as “straight-identified: would not be set up to look for that subtext,” Edidin says.

“Initially, growing up, the queer coded characters were below my radar,” Stokes says. “Back in the day, you had unique relationships like with Kitty Pryde, Rachel Summers, and Illyana Rasputin, and of course Doug Ramsey and Warlock. It was all there but nobody ever said ‘gay.'” And there was a reason for that.

“People were working under the Comics Code Authority,” Edidin explains. “Even now the extent to which that stuff is very specifically externally mediated is something that can’t be emphasized enough.”

The pair has nurtured and elevated a community that is othered from the heteronormative nature of mainstream comics fandom. So many of the loudest voices in genre fiction fan bases tend to be steeped in toxic masculinity; they are, of course, gross AF, and can keep queer people excluded from the conversation. Over the past decade, the straight nerds that used to be portrayed as underdogs in ’80s teen comedies have shifted into a more villainous role.

In 2014, the harassment campaign “Gamergate” targeted women in gaming and decried progressive trends in video games; this year, Star Wars “fans” cyberbullied actor Kelly Marie Tran off of social media with racist attacks; and another anti-diversity hate group has arisen targeting women and queer people in comic books, leading to what is now being referred to as “Comics Gate.” These predominantly male groups claim that “left-leaning politics should stay out of comic books,” to which Edidin says: “Those people are ignoring a lot more than the X-Men at this point, they’re just ignoring comics in general, entirely.”

Comic book narratives have always been infused with progressive and radical political ideas despite what this small but vocal contingent of men seem to think. “There’s an increasingly ‘brotacular’ aspect of comics culture and getting to highlight the fact that there have been and are a diversity of voices in terms of gender, sexual orientations, and race within the comics world is something that I’m so excited about. Not just because it’s important to focus on diversity, but also because so many people miss out on knowing some important stuff,” explains Stokes.

Being a queer person and a fan of comic books often requires that I read on despite issues with aspects of dumb fan culture. To those that feel alienated by comics, I hear you. It can be difficult to engage with media that often ignores the queer gaze. In 2018, there are still too few series that make their way into mainstream culture that are objectively for queer people, but I get excited when I encounter series with LGBTQ leads written by queer people like Gabby Rivera’s America or Sina Grace’s Iceman. I’m encouraged by queer writers investigating comic books like Ramzi Fawaz in their book The New Mutants and Edidin in their essay on Brian Michael Bendis’ outing of Bobby Drake.

Progress is slow and can feel like a one step forward two steps back scenario. But I still keep reading because our interpretations of these stories are important.

“I think what it comes down to is believing that stories matter and what things come to represent can be bigger than the intentions behind them,”  insists Edidin.  “I think we all know that the X-Men are just queer as fuck. I’ve decided that if Marvel isn’t going to do it, I am.”

Find every episode of Jay & Miles X-Plain the X-Men at their website.