As one of the fastest growing, affordable party games in America, Cards Against Humanity became a staple in most adult households over the last couple of years. Created by the group of straight, white cis men, it was perhaps not so shocking when people began calling out certain cards as problematicracist, sexist, xenophobicand one of the creators, Max Temkin, an alleged sexual assaulter.

Consider, then, a more progressive, inclusive, focused party game that is less about guessing what friends find humorous, and instead asks them to talk about their feelings on themselves, their communities, and the way they see the world.

As the creator of SafeWordSociety, Kristen McCallum has provided a space for QTPOC with her podcast, currently in its fifth season, and now, their Visibility Pack. The 100-card pack includes conversation-stirring questions like “Do you believe that sex is a prerequisite for commitment? Could you be in a long-term relationship without it?” and “How can we liberate some of the heteronormative and toxic relationship models that we still fall into?”

McCallum says she first tried her pack out with a group of friends.

“We only made it through four,” she says. “Everyone was just like taking to each other and in the climate that we’re in today and on social media, when’s the last time that you’ve seen people have an actual, different people from different backgrounds, have a discussion about anything with these others and like laugh and have a good time?” 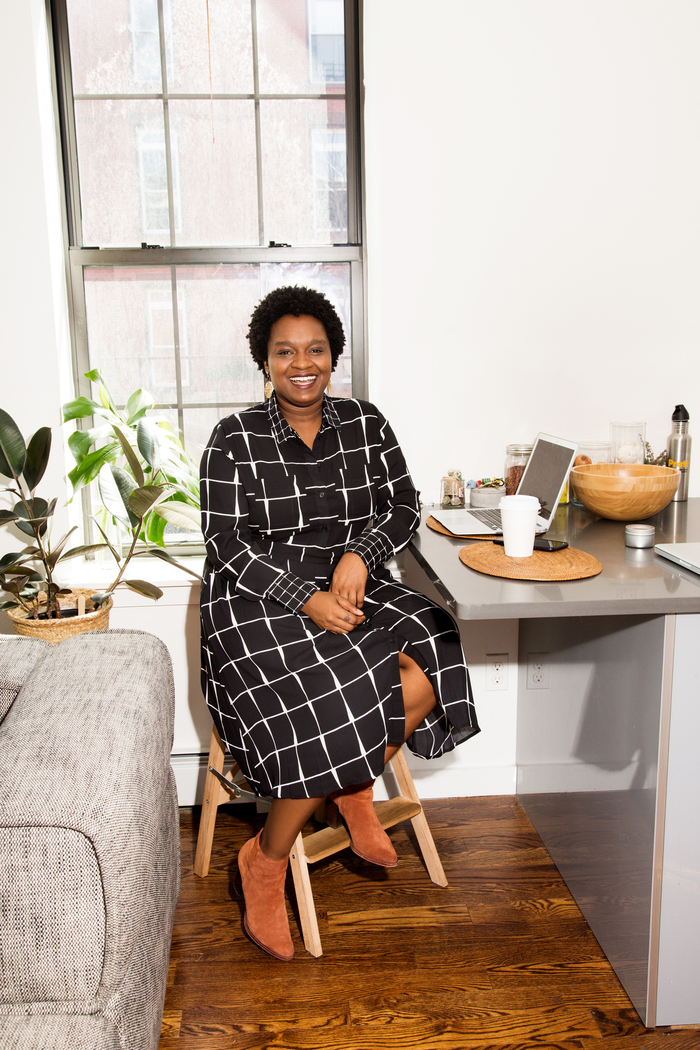 The first question pulled was “How do you define ‘kink’?”

“Everyone laughed and everyone had very, very different ideas of it. Very different ideas, and they really just supported the hell out of each other in that,” McCallum says. “Like ‘Oh ok, that’s what you think-can I offer you this way of thinking?’ They did that on their own and I’m like why can’t these conversations happen all the time?”

These topics and questions were spawned from the SafeWordSociety podcast McCallum launched in 2017.

“I was that friend in that group that asked a whole lot of questions,” she says. “We were definitely dealing with a lot of micro aggressions on an every day basis, and we just would talk about it always. And one day we were having a conversation about the horrors of Tinder and some really bad dates, and I was like ‘Oh my god, this would be amazing for people to actually listen to.'”

McCallum, who then had a day job in the corporate world, taught herself to produce and edit a podcast.

“On the sixth day, I invited some friends over, promised wine, and we sat down and recorded the first podcast,” she says. Now with four seasons and 36 episodes, SafeWordSociety boasts conversations with activists like Ericka Hart, poet Francisco-Luis White, comic Robin Cloud, and Sir Knight, co-founder of BlackTransTV. The fifth season premieres this month, and McCallum says the Visibility Pack is playing a huge role in the discussions had on air.

McCallum has since quit her day job to make SafeWordSociety her full-time gig, which is something she says she never thought possible.

“As a queer black woman, I genuinely never thought that I could have my own anything,” she says. “That’s like an actual truth, so to say to myself you are going to have your own company, that doesn’t populate in my brain because I don’t even know where that thought would come from.”

She says her former job as a media company felt toxic, and SafeWordSociety became a refuge.

“I would watch these companies just create content for people who just had so much privilege and did nothing with it,” she says. “It was hard. I’m like ‘Okay, hello, I have skills, too. How come you’re not using me to do these things?'”

“So I was like no, the only time I’m ever going to get my own thing going is if I actually focus on it so I needed to figure my life out,” she continues. “Figure out how to build something for myself and for my community, because I just wasn’t seeing it and I got tired of complaining about not seeing it and not doing anything about it.” 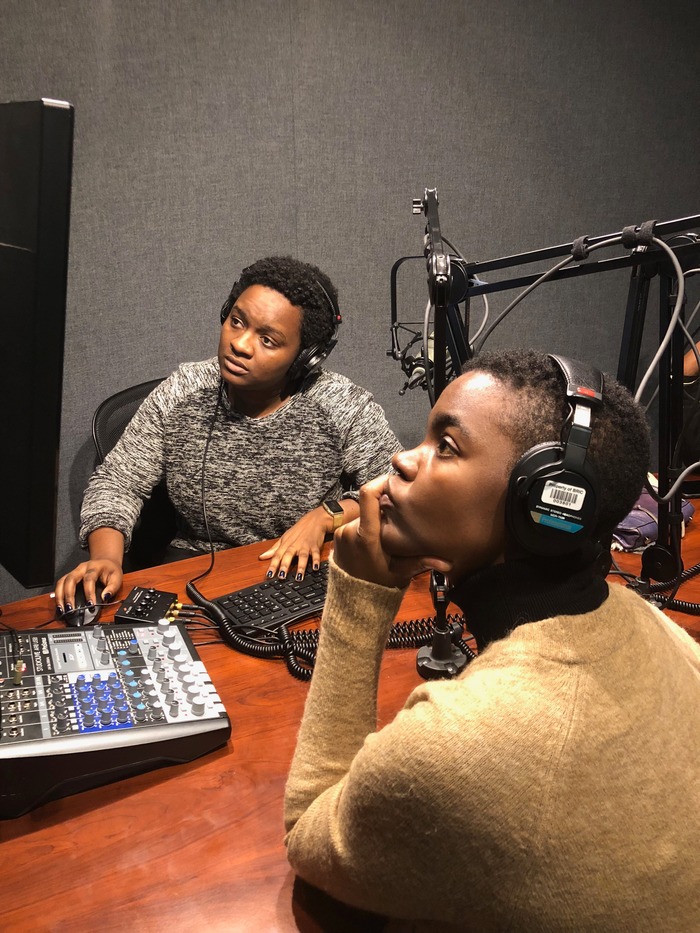 What SafeWordSociety accomplishes and allows for is queer and trans people of color to control their own narratives; to talk about community specifics that are not only relevant but rare in other venues that treat QTPOCs as special interest groups to attend to every once in a while instead of a regular inherent point of focus.

“A lot of people listened to [the podcast] and were just like ‘Oh my god, I’ve always wanted to hear this about our mundane lives,'” she says. “I mean I think that was important for me, too is-as queer people of color we go through a lot of things that are struggle-focused, but we also do the regular stuff like wash our clothes at the laundry mat down the street. We figure out what shade of makeup we want, or what lipstick. We have bad dates. We burn things in the kitchen. These things really resonate with people. A lot of the feedback was seriously just ‘Oh my god, I laughed so much! I never knew someone else had that kind of dating experience!’ or ‘Yeah, I’m going through a breakup, too, and it was really good to hear that from someone else.'”

Though she has collaborators and regular guests, and the Visibility Pack was partly crowdsourced, McCallum runs SafeWordSociety on her own. And while it makes for a difficult work/life balance, she says it’s worth it to cultivate a space for QTPOCs who often feel marginalized in their communitiesand this includes internationally. SafeWordSociety’s reach includes listeners in Uzbekistan, Uganda, Kenya, and Jamaica.

“My family’s from Jamaica and I had a very difficult relationship with my culture and my sexual orientation so I was like ‘Wow, people in Jamaica are listening to this,'” McCallum says. “So I was trying to figure out a way to engage more with the listeners because I know listening to the podcastafterward, how do you talk about what you heard? Or how do you have those conversations outside of that 15 minutes?”

“I hate Cards for Humanity, so [I thought] ‘Why don’t I just make something that isn’t triggering, or isn’t as triggering, or is positively triggering in a space that feels safer and where people can hold you, and just hold your words and help you figure your way through that? Somewhere where you feel comfortable?” she says. 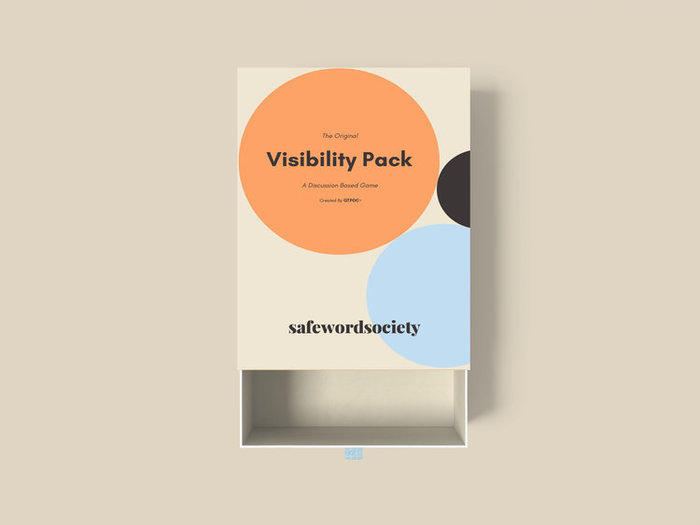 Despite all the solo work it’s taken for McCallum to launch her passion-turned-professional project, she says the feedback she gets from listeners keeps her more than fueled.

“It’s so hard but honestly, it is so helpful because the conversations are ones that I actually have, and they’re inspired for me to meet other people who are making it and doing all of these amazing things,” she says. “Because then I’m editing an episode, listening, and that’s my first chance to listen to the conversation outside of being in it, and hearing someone talk about like the struggles of creating and being successful and trauma and all of that stuffI’m like ‘Okay, okay, this is a good thing that I’m doing. I know you’re tired as hell, but this is good. People want to hear this.'”