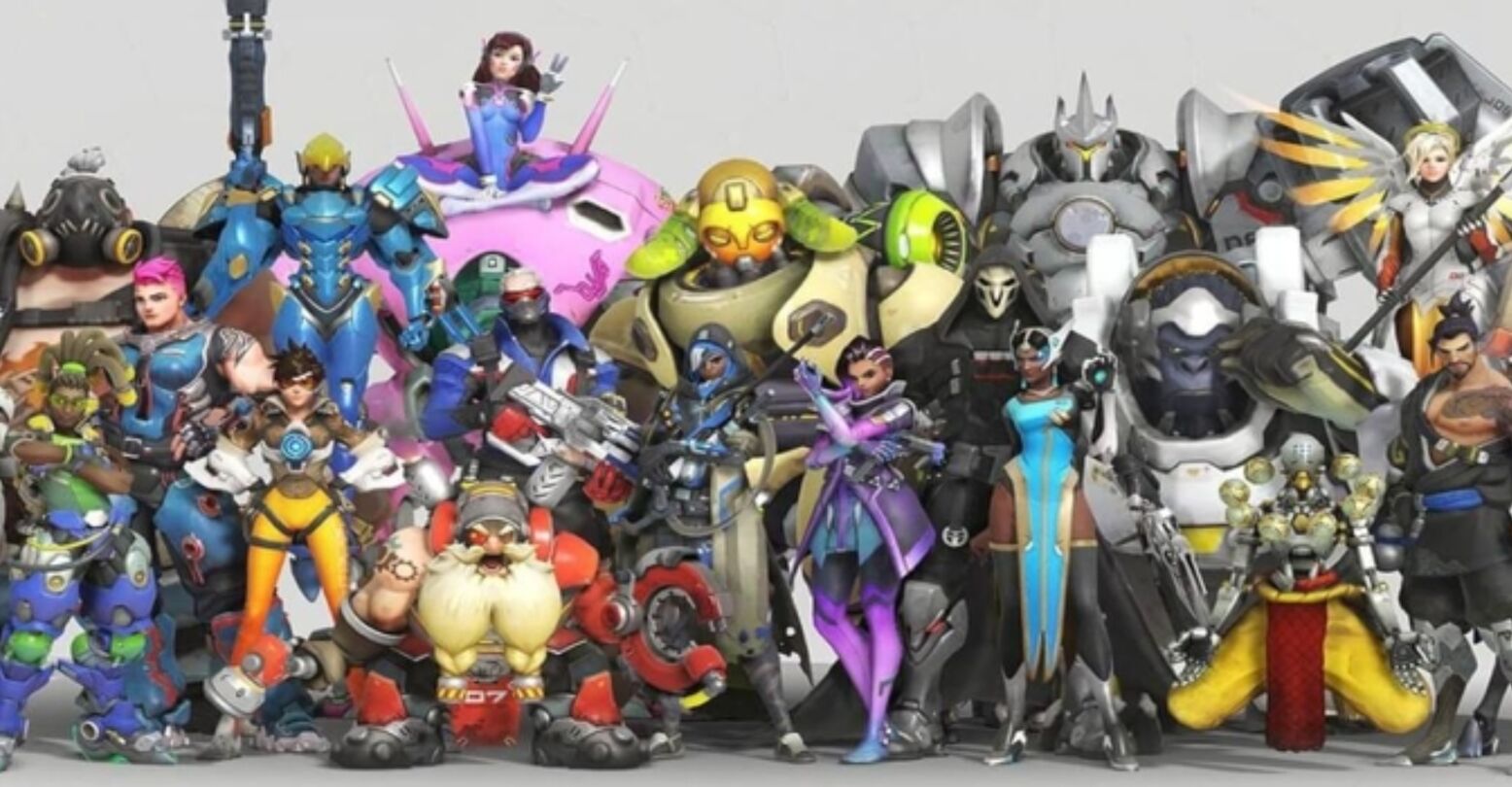 Overwatch has always stood apart from other gaming titles for embracing racial and sexual diversity in its roster of characters. “As in real life, having variety in our characters and their identities and backgrounds helps create a richer and deeper overall fictional universe,” a representative for Blizzard, the game’s developer, told EW. “From the beginning, we’ve wanted the universe of Overwatch to feel welcoming and inclusive, and to reflect the diversity of our players around the world.”

It’s a simple concept, but it’s still rare to see it applied in media. While not all characters in Overwatch identify as queer (it’s been said “several” are), the aforementioned diversity and storied backgrounds of each Overwatch character makes some more appealing to queer audiences than others. Below, we’ve ranked the 10 queerest characters in Overwatch.

Tracer is the only confirmed queer character in the title to date. She also happens to be the game’s visual representation and one of the most popular characters. In the Overwatch comic, Reflections, the time-jumping Overwatch agent locks lips with a redheaded woman named Emily, whom she appears to be living with. The two later visit a lonely Winston and share a holiday meal together. Because of the polarizing fanfare that followed the comic’s release, the game’s lead writer, Michael Chu, took to Twitter to confirm that Tracer indeed identifies as a lesbian. Not much else has been addressed regarding Tracer’s sexuality since the inaugural comic, which is likely intentional, as the game maker wanted to dictate that one’s sexual identity doesn’t define who they are in any way, shape, or form.

A favorite in the LGBTQ community, Moira, a geneticist whose controversial work is discounted by Overwatch and society at large due to a lack of ethical integrity, is rumored by the gaming community to identify as either non-binary or trans due primarily to her androgynous appearance. While none of this speculation has been confirmed or denied by the game’s developer, Moira’s lore is a tale of rejection, making her an outcast that queer individuals immediately identify and empathize with. Not to mention, we love a calculated villainess. Just ask Gia Gunn.

The reason McCree makes the list isn’t because he is gay but because Overwatch’s gay male audience wants him to be. It makes sense: he’s a hypermasculine cowboy with great hair, a gruff voice, and rough, calloused skin. He’s a Tom of Finland fantasy. He’s daddy. There are numerous Tumblr accounts rife with fan art and fiction depicting some lewd and detailed sexual exploits of McCree with other male characters (especially Hanzo) which I regret to say is 100 percent fantasy.

At 19 years old, D.Va has established herself as a formidable mech pilot, mechanic, actress, and pro-gamer. Her adorable mech, Tokki, aversion to gender norms (again, she is a pilot, gamer and mechanic, all of which are male-dominated professions) paired with her cheeky and cute demeanor makes Hana Song, the woman behind the machine, a clear contender for queer favorite (not to mention, her name is D.Va, for crying out loud). D.Va visibly stands out for her electric vibrancy, similar to the Pink Ranger, another queer icon, and her avian zord. D.Va makes the list not because she is queer, but because of her queer appeal.

Sombra is a badass hacker with an incredibly trendy haircut and fingernails that retract at her leisure. How very queer. While there has been fanfic written about Sombra being gay or bisexual, there is little evidence to support the assertion. If nothing else, Sombra, who Overwatch fans have pointed out has a skin boasting the colors of the bisexual flag, is likely not one of the queer characters that will be announced in the future, but she definitely carries a cachet – the speed, agility, vibrant skins, and invisibility – that queer individuals find appealing enough to select her as their main.

Like Sombra, Lucio also has a skin boasting the colors of the bisexual flag. But such a position is not a strong enough indicator of Lucio’s sexuality. However, many in the Overwatch community predict Lucio will be the game’s first homosexual male character due to a suggestive line of dialogue the DJ utters when in the Numbani map, being, “Now this is my kind of city, everyone free to live as they choose.” Queer or not, we stan a progressive musician.

Another popular character among gaymers, Symmetra is a strategy-based player dressed in elegant garb. She has long raven hair flowing behind a decorative headpiece that wouldn’t look out of place on Beyonce during her Mrs. Carter era. Everything from the way Symmetra walks, talks and attacks exudes the effortless sophistication of a well-traveled socialite, which (almost) every queer aspires to.

The form-fitting catsuit. The hair that flows past her hips. The impractical decision to wear heels into battle. Widowmaker exudes that seductive brand of queer appeal that other villainesses like Catwoman, Mystique, Sindel and Cruella DeVille also share. Her bewitching French accent is the cherry on top. Widowmaker is the quintessential femme fatale, and the first female villain introduced in the game. Got to love an OG.

Queer people love a support medic. It doesn’t hurt that Mercy also happens to be beautiful, blonde, blue-eyed and resembles an angel. People tend to be complete dicks to those who main as Mercy (“heal me, heal me!”) which is something every queer individual can relate to, especially in gaming.