Screenwriter and director Susanna Fogel has been a longtime ally and luminary for the LGBTQ community. She and her writing partner, Joni Lefkowitz have committed to making mainstream queer content, including creating ABC Family’s Chasing Life and the best friends dramedy film Life Partners. Now, Fogel is helming The Spy Who Dumped Me, a buddy comedy starring Mila Kunis and queer fave Kate McKinnon, playing characters who get embroiled in a conspiracy upon discovering that an ex-boyfriend of Kunis’ character is a spy. While McKinnon’s character isn’t explicitly gay in the film, Fogel says that the audience is meant to assume she is.

“It’s sort of obvious to most people that she’s not straight-identifying,” Fogel told The Advocate.  “Even if she wasn’t asking for a romantic subplot to be added, because it didn’t feel like the story was really about that, she sort of didn’t want to feel like she was defaulting to just like, a hot blond friend who wants to sleep with guys.”

The writer-director said McKinnon actually had some stake in her character’s sexuality. “Kate is queer,” Fogel explained, elaborating, “It was important to her to not sort of play into heteronormative tropes of friends who are hooking up with guys, going to the bar.” 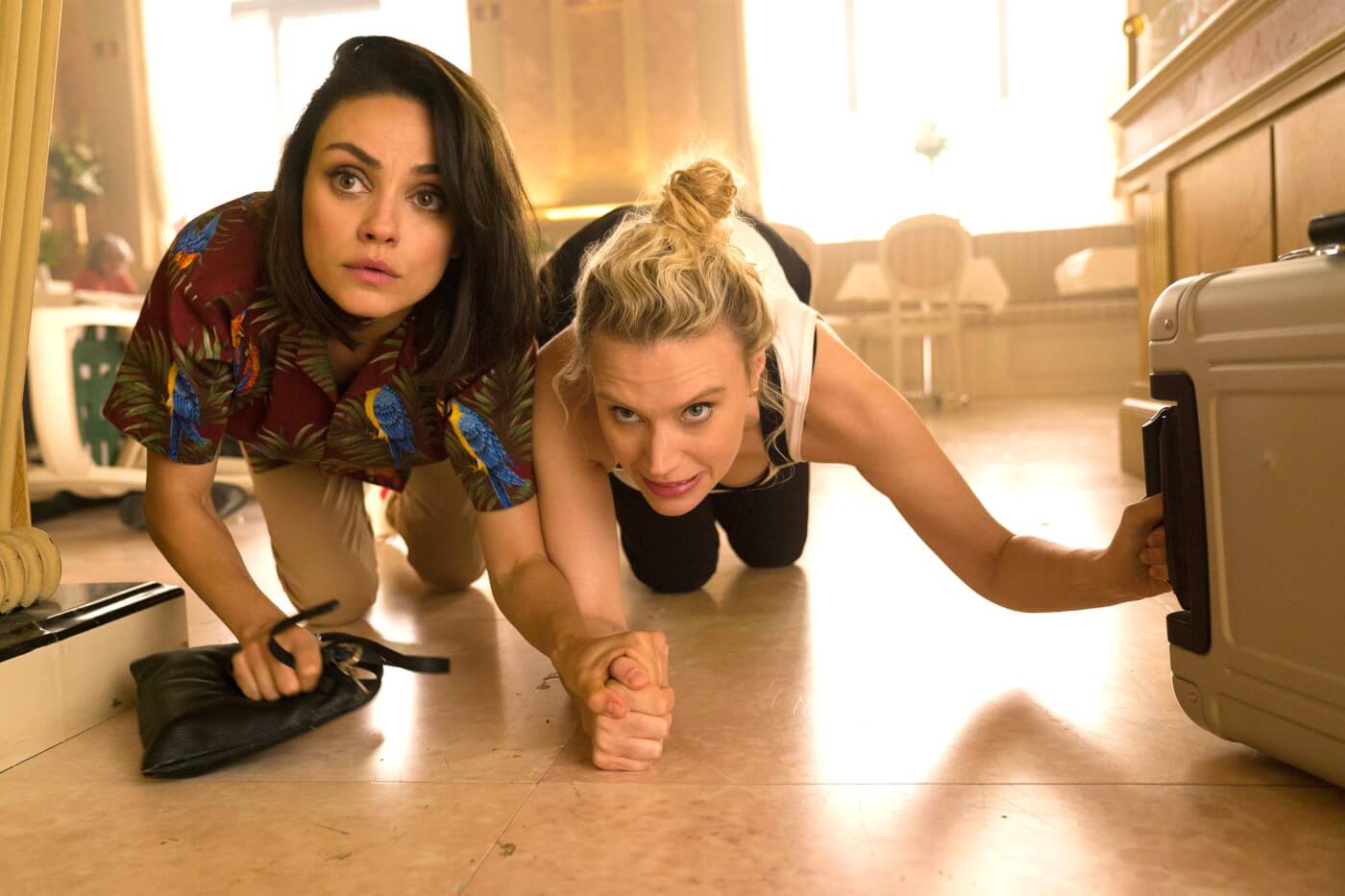 The heterosexual-identified creator’s decision to include queer characters in a mainstream comedy is unsurprising, given her history. She claims her friends have dubbed her the “lesbian whisperer,” as she has always surrounded herself with queer women, including her out sister as well as her writing partner, Joni Lefkowitz.

“The idea that there’s a division that couldn’t be bridged is so foreign to me because most of the people who I spent my 20s with were lesbians,” she revealed. The writing partners’ first film, Life Partners (in which McKinnon makes a cameo), follows a pair of best friends (one straight, one gay) as they endure the growing pains of their late twenties.

“We also had this platonic friendship for years and years where she was dating women and I was dating men,” Fogel says. “We were never competing in that way, but we also got to kind of live in each other’s worlds a lot of times.”

Like Life Partners, Fogel’s new movie follows one straight and one gay best friend, and though one is queer, she didn’t want to make a big to-do over it. She and her co-writer on The Spy Who Dumped Me, David Iserson, decided to touch on McKinnon’s queerness in caustic ways, rather than explicitly define her. Instead, they scripted lines where her character is “rejecting men that were interested in her and her disgust with sleazy men, and how she kind of generally doesn’t like the patriarchy.”

For this film, Fogel and Iserson wanted to focus on the friendship between Kunis and McKinnon’s characters, rather than creating conflict between them. “It was important to us to tell a story, albeit a heightened adventure story, about two friends that is not about them fighting, them breaking up as friends, them getting back together as friends,” Iserson said. “[It’s] a friendship story that doesn’t get its conflict from the friends having conflict.”

Friendship is obviously important to Fogel, as it’s a common theme in her work. “Your best friend is your primary partner, and partnership and those relationships are so important,” she insisted.

Explicitly defining characters as queer shouldn’t be complicated—but unfortunately, it still is. There’s been a significant amount of discussion surrounding films like Deadpool 2 and Solo, which include canonically queer characters (Deadpool and Lando Calrissian), but the movies don’t explicitly portray them as such, despite comments from the creatives behind the films insisting they are, in fact, queer. I think intention is everything here—Fogel is clearly an outspoken ally of the LGBTQ community and has walked the walk in her previous work, whereas Deadpool 2 and Solo’s creators probably excluded queerness so as not to aggravate their international audiences.

That’s speculative, of course, but director Paul Feig voiced a complaint about his Ghostbusters reboot, in which Kate McKinnon visibly played queer, but it was never “confirmed,” so to say, in the movie—and that was a homophobic decision made by the studio.

So, in some ways, it’s a super progressive ideology to believe that audiences will just assume a character is queer based on context clues—and yeah, characters shouldn’t have to have some epiphanic coming out moment to be gay in a movie. But unfortunately, I’m not sure audiences are “there” yet, and still need some spoon-feeding. Plus, representation is important, and it’s vital for LGBTQ people to see themselves on-screen, being bold and brazen in their queerness—because the opposite might insinuate that being queer is wrong or something meant to be hidden.

Regardless, the LGBTQ community is lucky to have allies in Hollywood like Susanna Fogel, who’s the first female director to work with Mila Kunis—which seems crazy, being that Kunis has been acting for more than two decades. The Spy Who Dumped Me is set for release on August 3, and Fogel will join the short (but growing) list of female writer-directors currently sweeping Hollywood.