While filming her first web series, the T, Bea Cordelia learned she would have to cut a third of the script. A distribution deal accounting for 75 percent of the show’s budget fell through, which meant that each of its six episodes would have to be significantly shorter.

She had just 12 days before shooting resumed to fit the T into its new budget constraints.

When envisioning what the show—which is about a friendship between two queer best friends, one a black cisgender man and the other a trans white woman—would look like within its new parameters, Cordelia and her writing partner, Daniel Kyri, were given a piece of advice: “Make a list of six things that you love about the script that have to stay in it.”

For Cordelia, that shortlist boiled down to a few key components. The 25-year-old writer, playwright, and actress wanted to see trans sisterhood portrayed on screen, as well as relationships between cis men and transgender women.

“One of the major goals of the show was always to uplift queer friendship, which has actually been the most sustainable relationships for us as queer and trans people, the chosen families that we make,” Cordelia said in a series of phone interviews with INTO. “A term that I heard somebody use and that I have started using is how LGBTQ folks experience a reverse diaspora: We’re born scattered and then find each other.”

The T debuted last week on the online platform OTV, which is also home to the similarly themed Brown Girls. Exploring the friendship between a queer South Asian woman and a black musician, the word-of-mouth phenomenon was picked up by HBO in June 2017.

Created by Cordelia and Kyri, the T comes from a largely autobiographical place for the duo, as well as their opposites-attract friendship. The two were born less than 24 hours apart, but she grew up on the northside of Chicago, while Kyri lived on the southside throughout his adolescence. Her family was comfortably middle class, and his was poor. Everything she is, he isn’t—and vice versa.

But through those differences, Cordelia claimed they “found an enormous wealth of commonality to draw from.”

The T illustrates the Venn-Diagram of their histories through parallel narratives. In the pilot episode, Jo (played by Cordelia) reveals that her torch for Carter (Kyri), her ex, still burns brightly. After he extinguishes her feelings by affirming how much their friendship means to him during a New Years’ Eve party, the two spend the greater part of the season apart as both deal with the fallout from her confession. 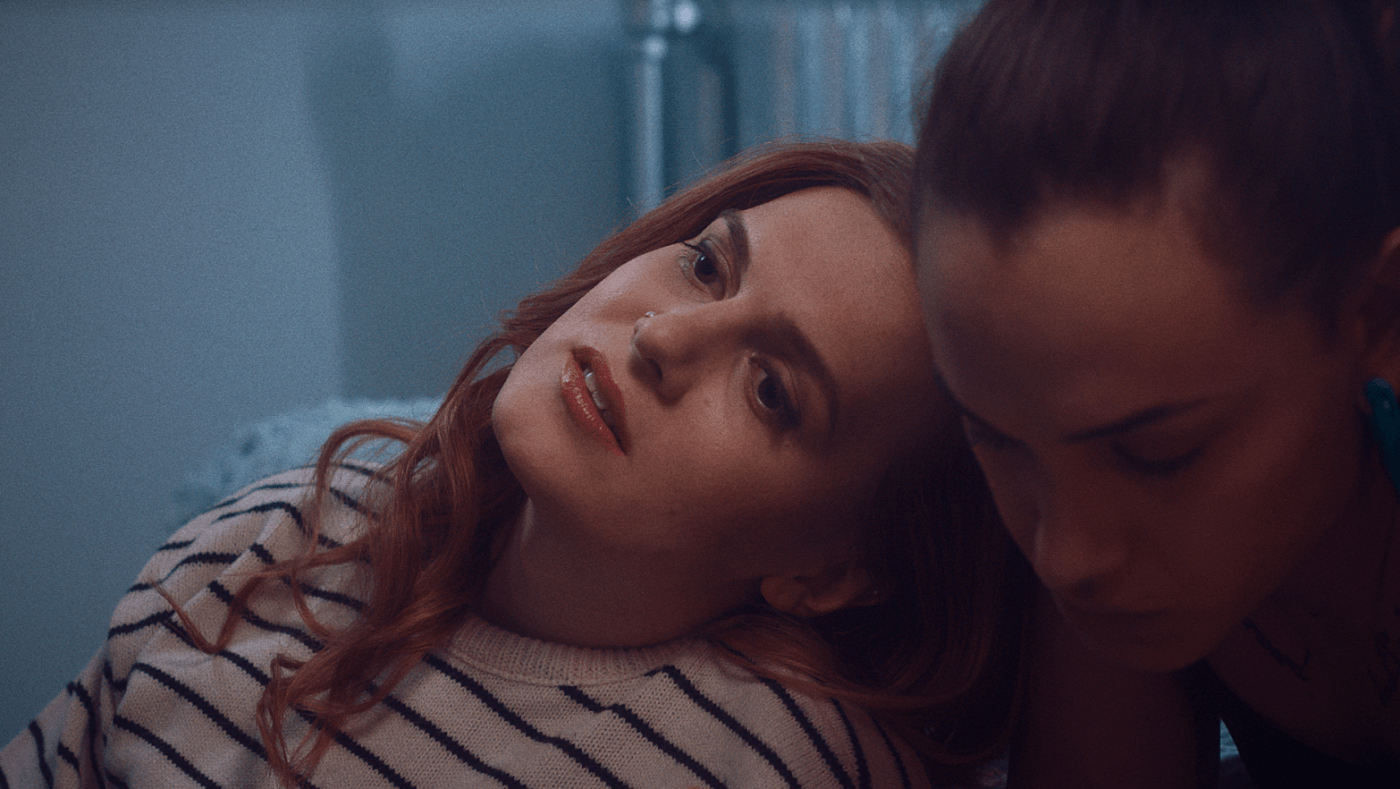 While exploring the devastation wrought by the loss of that centering bond, each of their storylines in the show’s first season deals with stigma: Jo’s narrative is about how the world sees her, while Carter’s deals with how he sees himself.

Carter, the stepson of a Christian pastor, contracts HIV after a series of random hookups in bar bathrooms. Instead of telling his partner about his diagnosis, Carter ghosts him—buried under the weight of decades of internalized shame. Meanwhile, Jo’s late-night booty call, Robin (Scott Shimizu), begins to develop feelings for her but doesn’t have the courage to disclose that his partner is transgender to his family.

These are relationships LGBTQ people rarely see portrayed on screen outside of a handful of examples, including Amazon’s Transparent or the Peabody-winning web series Her Story. In its most recent report on LGBTQ diversity in media, GLAAD found that there were just 16 transgender characters on TV and streaming platforms.

Cordelia said the stories portrayed in the T are “more accurate to how the world actually is.”

“In my own dating life, I have encountered so many men who absolutely love trans women but with these conditions attached,” she recalled. “I was heavily involved with somebody who I was falling for last year who completely broke my heart. At no point in our months together did I ever meet a single person from his life.”

But when Cordelia and Kyri gave themselves permission to open doors that had been left firmly shut by decades of LGBTQ representation, they wanted to help kick down others.

One of the many revisions made to the T when its runtime was dramatically reduced was that Robin’s character was changed from Latino to Asian. In the original version of the script, Jo’s relationship with Robin had a violent edge to it. The creators, however, were concerned that they might be unintentionally feeding stereotypes about Latinos under a presidency which has scapegoated immigrants as “rapists” and “criminals.”

By shifting the character’s ethnicity, it allowed the show to instead confront the emasculation of Asian men in popular media. From Breakfast at Tiffany’s and Sixteen Candles to Two Broke Girls and The Hangover, Asian men are commonly portrayed as “weak” and “effeminate” or ridiculous buck-toothed caricatures.

“It was really exciting for us to have a sexy Asian top in the show who can get her off and really knows how to get her off,” Cordelia said.

Cordelia pointed to a particular scene of Robin and Jo hooking up, in which Jo asks her sex partner to slow down because she’s close to ejaculating and she wants them to both finish at the same time. Their simultaneous orgasm is frank, intimate, and in Cordelia’s words, “hot.” In the script, the coda reads: “He makes her come.”

“Daniel and I think very intersectionally about everything that we’re creating and we didn’t want to limit that to just where our own experiences stop,” said Cordelia, who collaborated with Shimizu to bring Robin to life. 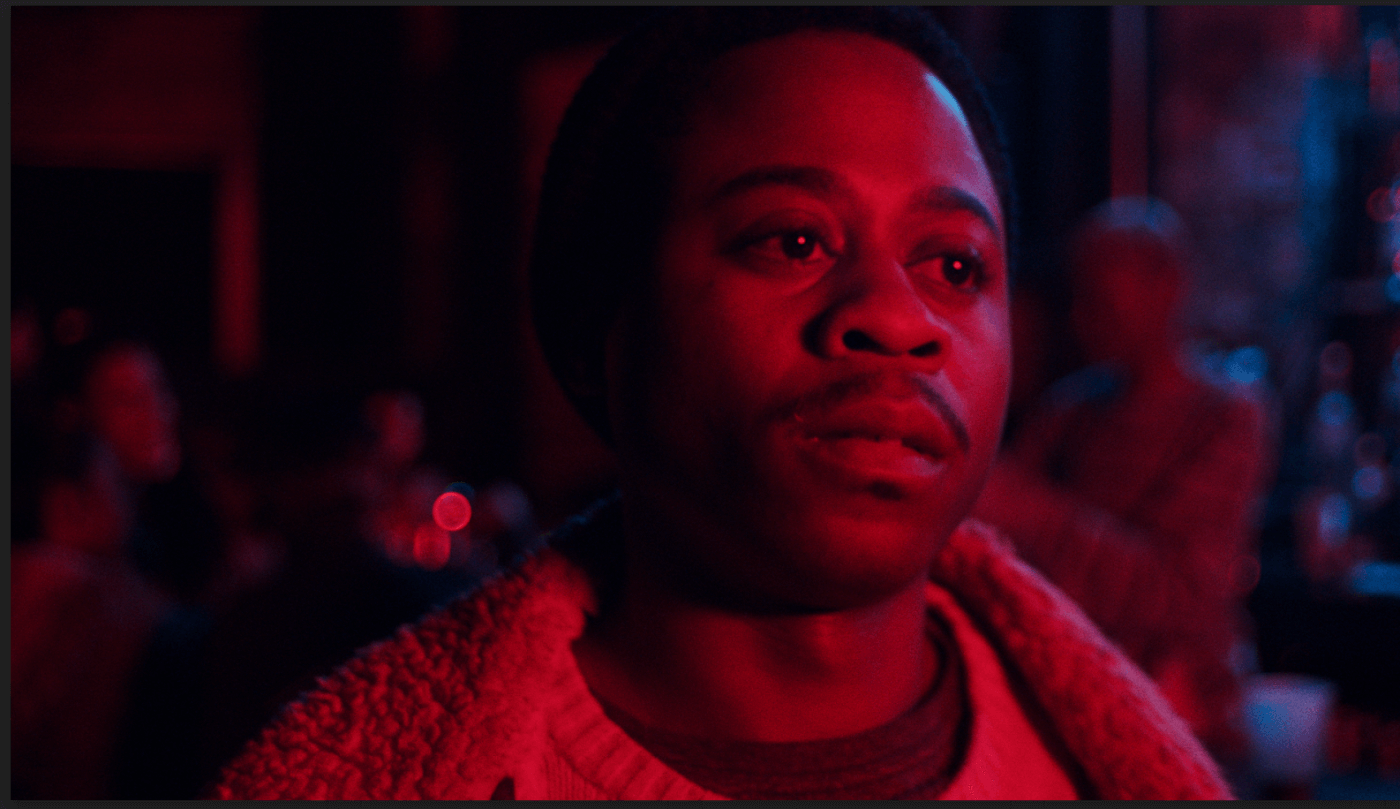 One aspect that got left on the cutting room floor, however, was depicting affirming, healthy relationships between transgender people and cis folks—or trans people with each other. Originally there was going to be a third lead character—Emerie (Evie Riojas), who appears briefly at the pivotal New Years’ Eve party—who falls for a woman who works at a bodega.

There’s a great scene involving the two characters that Cordelia said “broke [her] heart” to cut. Emerie approaches the woman as she’s smoking on her stoop. She invites Emerie in for a glass of wine. Nervous about where this encounter might lead, Emerie blurts out: “You know I’m trans, right?”

“I didn’t,” the woman says without missing a beat. “It’s really good wine.”

Cordelia admits that the scene is a private fantasy of hers about how one of her partners could hypothetically react to her identity—with apparent nonchalance. “I would fucking melt,” she sighed. But for too many trans women, that is far from the reality. More than two dozen transgender people are killed every year, and in many cases, victims are murdered after disclosing their gender identity to partners.

The beauty of television, though, is that it allows artists to imagine possibilities: a world without fear and stigma, where people can be loved and accepted for who they are.

This is a theme Cordelia hopes to explore should the T be picked up by a major network, which she views as the logical next step should the series have the opportunity to continue. It would be difficult to keep telling these stories otherwise, given that many of the show’s cast and crew worked around day jobs and side projects to create the inaugural season.

Cordelia said the creative team has a treatment for the next installment prepared, as well as a vision for expanded 30-minute episodes all mapped out. Its first six episodes span between five and nine minutes in length.

But while Cordelia and Kyri fight to bring the T to a wider audience, she hopes to keep exploring other ways to challenge popular representations of trans people on screen. One of Cordelia’s pipe dreams, for instance, is to be the first transgender woman to star in TV’s The Bachelorette—the long-running reality show in which 25 men vie for the hand of an eligible woman.

The pitch started as a joke, in which Cordelia would tweet at ABC and plead with the network to let her be on the program before starting a #TransBachelorette campaign from her own account.

The tweets, while tongue-in-cheek, were pointed. Like the rest of television, The Bachelorette doesn’t have a strong history of inclusivity. It didn’t have its first black lead until 2017, when Dallas attorney Rachel Lindsay chose Bryan Abasolo. Since its parent show debuted in 2002, no trans person has ever starred on either edition.

Cordelia had given up on #TransBachelorette until she lightheartedly discussed the idea with friends at a bar. The conversation ended with a member of the group offering his parents’ mansion in Michigan to film it.

While Cordelia claimed that The Bachelorette peddles “overwhelming heteronormativity and cisnormativity,” she said that occupying that space would be a powerful way to interrogate the same narratives explored so deftly in the T: the “shame and secrecy” cisgender people too often experience when their partner is trans.

Cordelia admitted that—until recently—she had never gone on more than two dates with someone since transitioning.

“A lot of the people I’ve encountered think that, “Oh, I think that maybe I could be into trans women, let’s take her for a spin,’” she claimed. “Then they say, ‘Nope, I don’t think this is actually for me.’ It gets really, really shitty being yet another person’s experiment to take out for a test run.”

That’s why Cordelia believes it’s so important for television shows—whether a groundbreaking indie web series or a reality dating show that reaches millions of homes—to examine that toxicity. It might not seem radical to have two dozen guys screaming, “No, I love her more!” as they fight for a trans woman’s affections, but allowing transgender people to be seen as fully human could save lives.

“That is a really rare thing,” she said, “but by showing these people have really great sex and also to be able to sit down for an awkward Valentine’s Day dinner, I think it helps humanize people in a way that we’re not used to understanding them.”