Had he written his new album, No Shape, after the election of Donald Trump, Mike Hadreas – also known as American singer Perfume Genius – admits that he’d have made an entirely different record. “I’m still glad that this is the one that’s coming out now,” he says, “and I still feel that a lot of the songs are useful. But I would have been more overtly political and less personally political, maybe.”

Of course, the personal has always been where Perfume Genius’ music originates from. Hadreas’ first two albums, 2010’s Learning, and 2012’s Put Your Back N 2 It, were both somber and intimate meditations on addiction, self-doubt and destruction, loneliness, and living with a sense of inherent darkness. For him, writing music was a way of processing his much-discussed past of substance abuse and depression, and through his poetic honesty, he developed a dedicated audience that relished the mirror image of themselves being presented.

It was 2014’s confrontational, Too Bright, that saw the singer take a giant leap forward sonically and emotionally; he was telling the same stories but with more of a snarl. Songs like “Queen,” “Fool,” and “Grid” were a stark comparison to the musical fragility he’d previously exhibited and were an overt attempt to make people feel uncomfortable.

Things recently, however, have changed. “It’s weird singing “Queen” live,” Hadreas admits, “because that song is not directed at all the people that would be at the show. The last [album] was a lot of me singing at people.” Instead, “this one is more music for me and for the people listening.” The writing of “No Shape,” he says, was more immediate, the themes focused on the present, rather than revisiting the past to pick apart history to process it. “It was more me trying to write about how I felt right then,” he suggests.

Speaking to Hadreas over the phone is an interesting experience. He peppers his sentences with extended pauses, mulling over what to say next, and it leaves you wondering whether he’s extremely nervous or whether he’s just carefully considered. It’s something that’s also mirrored in his music. Album opener “Other Side” presents both sides – it’s glittering and phantasmagorical production offers up strong musical tenacity and assaults the senses, while Hadreas’ trembling vocals shift around the magic. Likewise, lead single “Slip Away” holds much of the resilience of previous album Too Bright, but without the accusatory finger pointing. “My life has become, I guess, a lot gentler,” Hadreas says of the change. “There’s way more room for me to be kinder to myself and to be not so scattered.”

Taking a pause, he continues: “I don’t know, my circumstances have gotten a lot better, but my brain still feels wired like it’s not there for that. I still feel detached from goodness for some reason, and I don’t know why. I kept up distance as a protection for a while, but I don’t think I really need to be so guarded anymore. That’s why I write songs because I feel a lot smarter and thoughtful when I try and figure it out. And there are things that, to be honest, I don’t really have figured out, and my songs are an attempt to do it.”

He admits that he finds this feeling of ennui embarrassing. “It’s a very luxurious problem to have,” he adds. “That’s why it feels weird to talk about because it feels really bratty. But I guess I have all these complexes and ways of thinking for a reason. It’s not like I just picked it. I’ve built all these defenses because they served a purpose growing up. But I feel like I just don’t need them that much anymore. Or, I just feel like it’s time to try and shake it all off.”

This dichotomy between finding happiness and living in pain seeps into Perfume Genius’ work, with tracks like “Wreath” and the Enya-esque “Just Like Love” – both jaunty with small flecks of melancholia – sitting next to likes of the depraved and frenetic “Choir.” And later, the haunting “Die 4 You,” supposedly the next single, is a beautifully disconcerting listen.

“It’s straight up just a love song, but there’s still this dread underneath that’s a little dissonant,” Hadreas says about the track. “I like that. It keeps things from being corny, or if something is just purely beautiful then it usually just goes straight into the background. Or you feel the beauty while it’s happening, and then completely forget about it, or don’t want to go back to it because there’s nothing to figure out.”

No Shape is intensely personal, but since the rise of far-right politics and infringements on LGBTQ rights, the album’s themes of domesticity, love, freedom, and resilience have taken on a new political meaning, too. “I knew everybody was fucked up. Like, I knew there was a huge part of America that was racist and homophobic – I’ve known that since I was little,” Hadreas says, letting out an inappropriate laugh. “And I’m always writing in the face of that and in protest of that. A lot of the songs are still very rebellious against that, and even against myself and whatever weird fucking shit I’ve developed and what I thought of the world growing up.”

In fact, the singer confesses, the recent election is part of what has inspired a potential relocation from Tacoma, Washington to Los Angeles. “I’m not that optimistic about what’s going on,” he says. “Even if people don’t always feel as accepting, at least the laws supposedly protect us. But it feels like that’s in danger of going, too, so it’s really just up to you and the other people that are on the other side. The way with how shitty everything is, I just need to see more of my people everywhere as a protection. I don’t know; I want my people around me.” 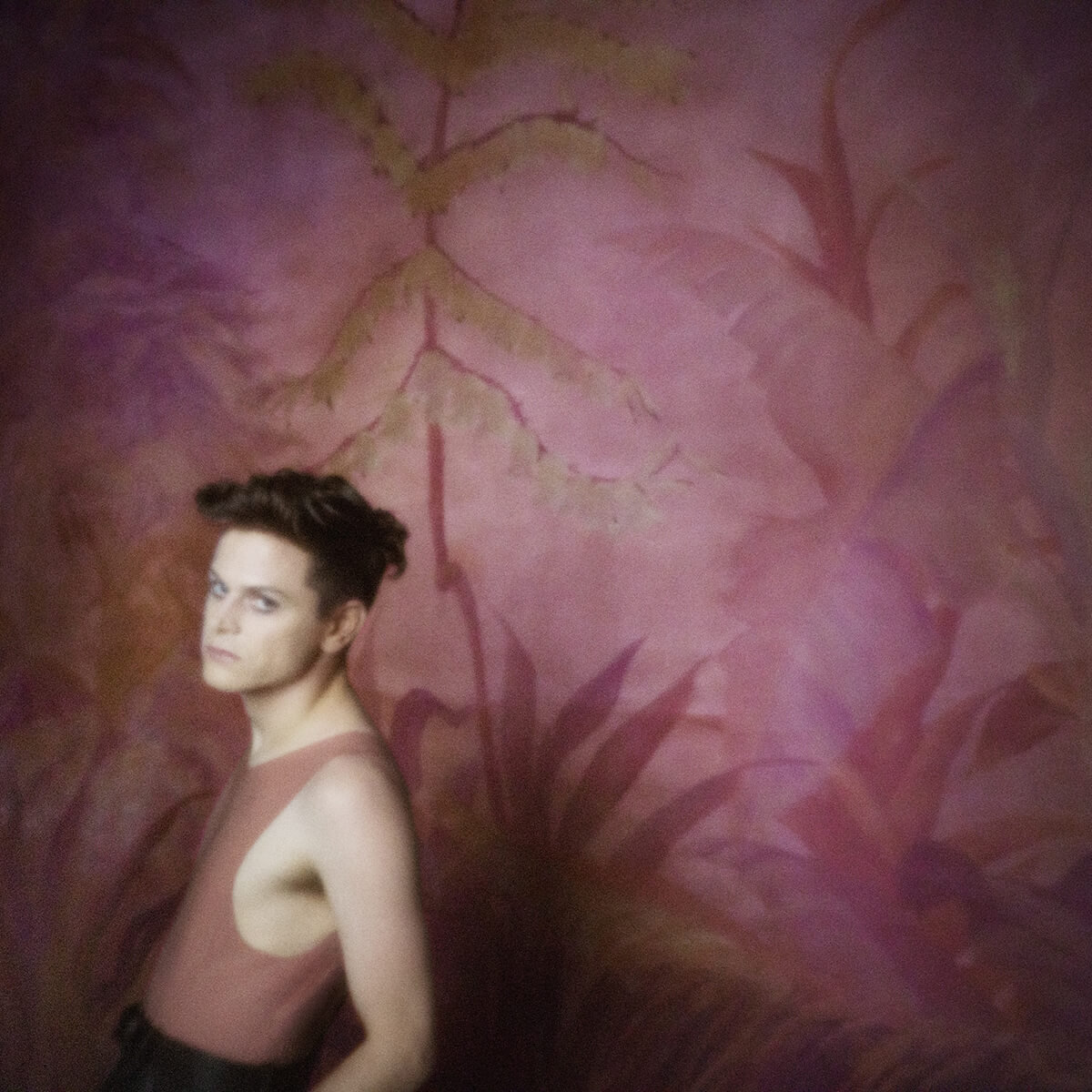 There’s also a worry about checking out. Hadreas says that he, “still wants to be, like, doing shit,” but admits that, as we enter into the next four years, he’s struggling to find a balance between shutting out world events and obsessing over them. “If I do pay attention I can just fucking freak out,” he says, “and I just ended up getting into such a fury. You have to find a way to feel some warmth and kindness, but not at the expense of being outraged.” One coping mechanism, he suggests, is to attempt to find humor in life’s complexities. “It’s just something that I can have more control over. Even my darkest memories, I can write a really dark song about them, but I can also laugh about them because sometimes they’re so over the top and insanely fucked up. I think it’s just a way to not take life so seriously, which I’m in danger of 24/7. It’s a way to check myself, you know?”

“There so many times where I’m, like, plagued by problems,” he adds. “I’m like, what am I going to do about those problems? And I’m obsessing over it. Then, when I really think about it, it’s like, who fucking cares? But they’re so close together; they’re so inconsequential but feel so consequential. I think that humor is a way for me to fucking knock it down.”

You hear artists talk about how writing music is like therapy, but Hadreas likens it more to an exorcism; it’s difficult and dark, but weirdly freeing. And, in spite of his insecurities, complexes, wavering stability, and less than positive outlook on the future, it does feel like No Shape is a self-assured portrait of an artist reaching a new stage in his life.

So, does Mike Hadreas – Perfume Genius – finally feel like he’s found a place for himself? “Yeah…for now,” he says, that creeping self-doubt an ever-present force. “But I sort of realized that I was capable of a lot more than I thought I was, in terms, of what I could sing about and how I could sing it.”

“But I know that next time it could completely change, too,” he adds, playfully, “and that’s one of the funnest parts of it.” 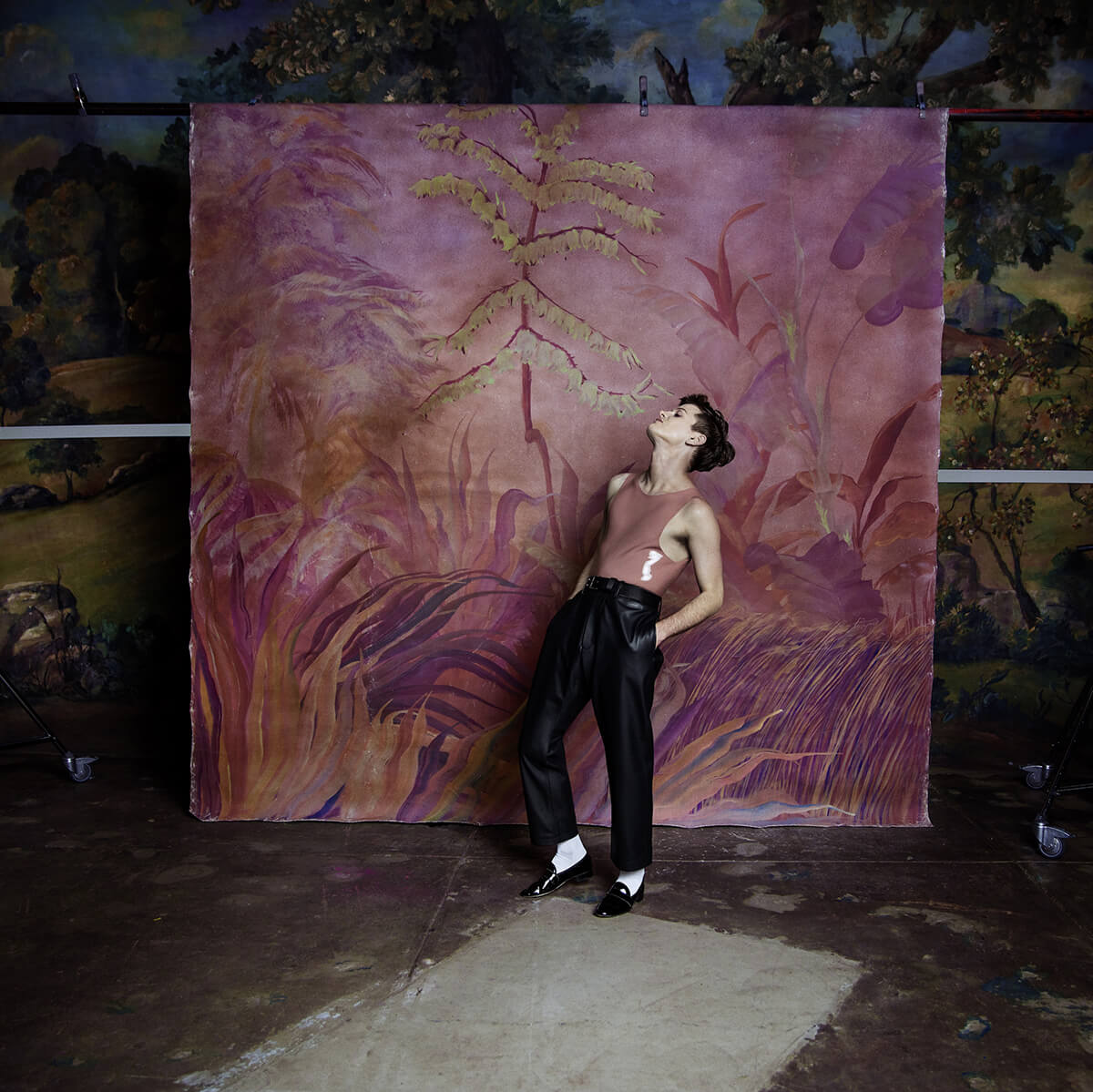