Earlier this week, the Dykes on Bikes announced that one of its founders, Soni Wolf, has died.

The lesbian activist and DOB secretary died of natural causes at the age of 69, after spending nearly 40 years with Dykes on Bikes. Having evolved the organization into a 501(c)3 non-profit, Wolf spearheaded the movement of queer female motorcyclists who rode nationwideand internationallyin support of LGBTQ rights.

“Soni leaves an indelible mark on history and especially on those who shared her daily life,” said Kate Brown, former President and current spokesperson for the San Francisco Dykes on Bikes, in an official statement. “Soni steadfastly refused to accept ‘Dyke’ as an epithet. She blazed the trail for the rest of us in courage and LGBTQ pride. She taught me leadership takes many forms; there is strength in patience, power in listening, and small acts have a way of being defining moments in history. Like the roads we ride, our lives take many twists and turns. I am forever grateful for the route that brought Soni into my life.” 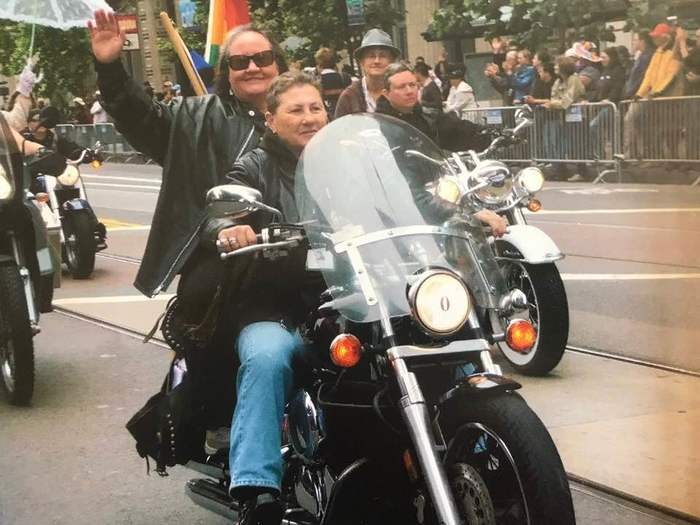 Brown goes on to credit Soni with starting an “epic cultural shift,” and a “sister, mentor [and] inspiration” to the cause.

Dykes on Bikes was founded in 1976 at the San Francisco Pride Parade when a group of female motorcyclists gathered to ride side-by-side. Just like that, a tradition was born. The group continued to burgeon, but it wasn’t until the middle to late 1980s that the ensemble of cyclists became a real organization, and it was formally titled the Women’s Motorcycle Contingent, so as to include other queer-identified women. The WMC was officially founded by LB Gunn, Kalin Elliot-Arns, Christine Elliot, Sabine Balden and Mel. Colloquially, the group is still known as the Dykes on Bikes.

Today, the Dykes on Bikes are a notable symbol of LGBTQ pride, and the organization currently has 16 chapters worldwide, with sisters in the US, Europe, and Australia. And they still fight for visibility and justice: In 2016, the sisters filed an amicus brief in support of Tam and the Slants, who won an 8-0 vote in the Supreme Court after the court found it unconstitutional “to prohibit the trademark registration of a mark by the United States Patent Trademark Office based on what some may consider disparaging language.” The Dykes on Bikes cited the First Amendment, which reinforces the right to protection for political speech, including usage of the word “dyke.”

The organization was turned down earlier that year when they attempted to trademark their logo, which includes their name, with the US Patent Trade Office, but were denied. From 2003 – 2007, the sisters fought to trademark the name itself, and were eventually granted permission by the Supreme Court. 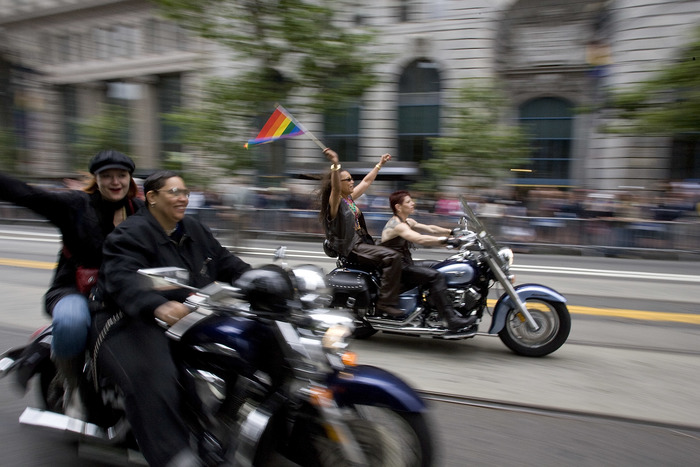 In addition to riding in the parade every year as a means to demand visibility for queer women, the Dykes on Bikes take on philanthropic missions to support non-profit, community and education efforts in the LGBTQ and women’s communities.

The riders represent queer women at a score of Gay Pride parades and festivals. You can find them this year during upcoming Pride events. Soni Wolf will be represented by her friends, who will be carrying the gas tank from the motorcycle Wolf first rode in Dykes on Bikes, at the 2018 SF Pride festival.

“On her motorcycle, Soni Wolf blazed a new path forward for women and lesbians by defying gender stereotypes and boldly demanding recognition of our community on our own terms,” said National Center for Lesbian Rights (NCLR) Executive Director Kate Kendell. “Soni was a fierce advocate whose life exemplified the power of visionary courage, freedom, and feminist solidarity. We’ve been immeasurably enriched by knowing her, and next month at Pride, we’ll see Soni’s legacy live on.”