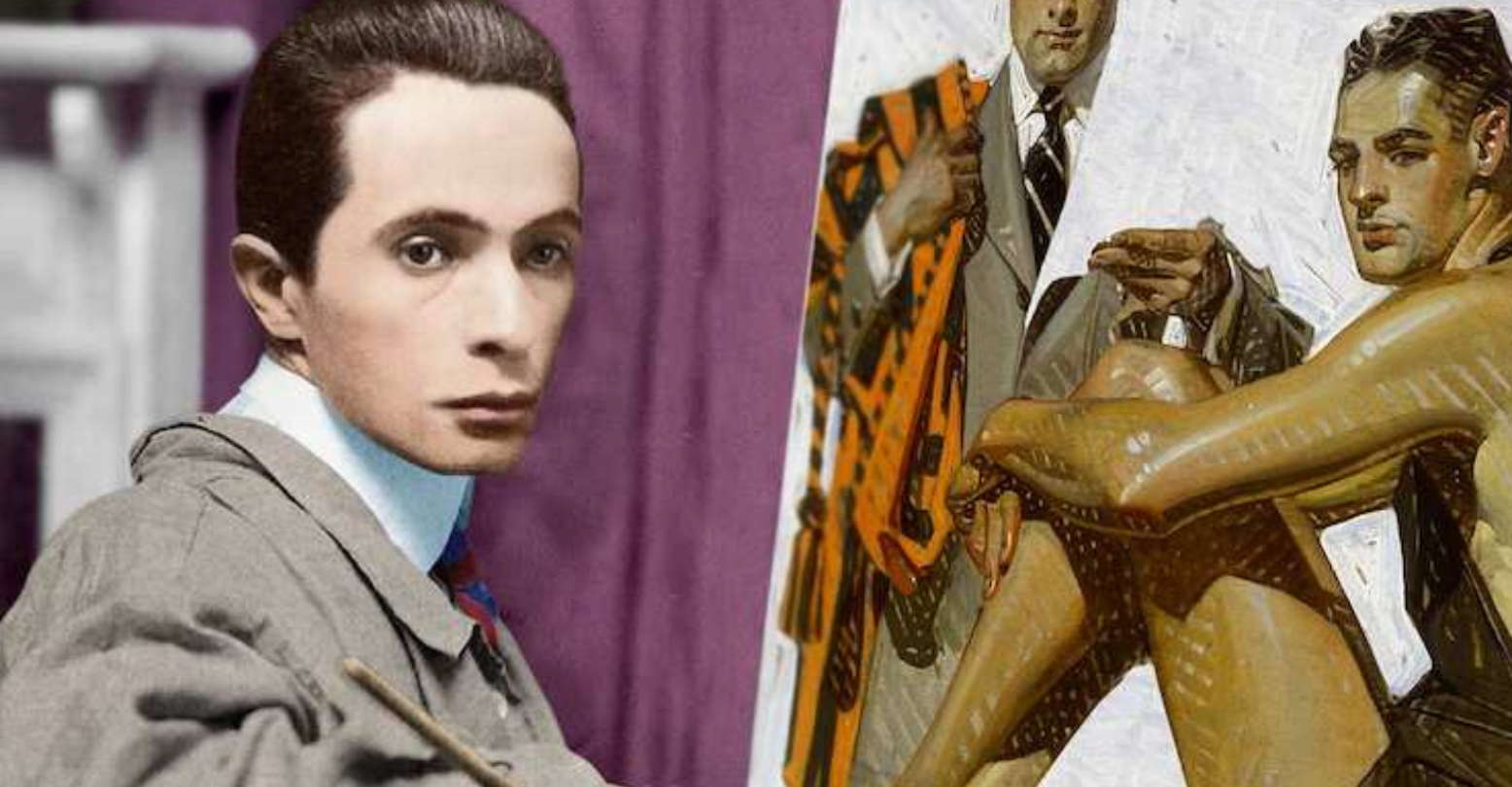 It looks like Christmas has come early for me personally: Coded: The Hidden Love of J.C. Leyendecker is about to screen at AFI Fest in Los Angeles.

If you don’t know Leyendecker, the chances are you secretly do: the closeted-gay artist made a living (along with his queer brother, F.X. Leyendecker) doing art for ads, magazines, and all kinds of commercial properties from the 1910s into the ’20s. Basically, if “Gibson Girl” Evelyn Nesbitt was the classic vision of feminity in this era, the Leyendecker “Arrow Collar” man was her male counterpart. He was always sharply dressed, posed smoking a dainty cigarette, and more often than not accompanied by a similarly natty-looking male friend.

Leyendecker is perhaps best known today for creating the archetype of the well-dressed, starched-collar-wearing back when you’d literally have to buy your own collars to go with your shirts. Why? Don’t ask me! The 1910s were wild.

But Leyenecker’s life wasn’t all glamorous. The 1930s saw his style go out of fashion, and he experienced financial hardship through to his death in the 1950s. There was, however, one saving grace: his good friend and presumed partner Charles Beach, who served as the model for the “arrow collar man” designs, lived with him into his declining years.

Today, some fans have even taken the opportunity to put their own explicit spin on Leyendecker’s queer couplings.

Director Ryan White, with Coded, is hoping to expand and enlarge Leyendecker’s story and influence for a new generation. “I’m not an art history buff, but still I’m ashamed to say I don’t think I’d ever heard of J.C. Leyendecker before making this film,” White says. “Of course I’ve heard of Norman Rockwell, but I had no idea Rockwell had a gay mentor. And that was the reason I made the film: Why does American culture revere Rockwell, and yet Leyendecker has been such a footnote? I wanted to know more about him.” Same, Ryan. Exact same. Which is why I can’t wait for this film to hit streaming. Thankfully we don’t have to wait long: Coded will be available to stream on Paramount+ starting November 22.