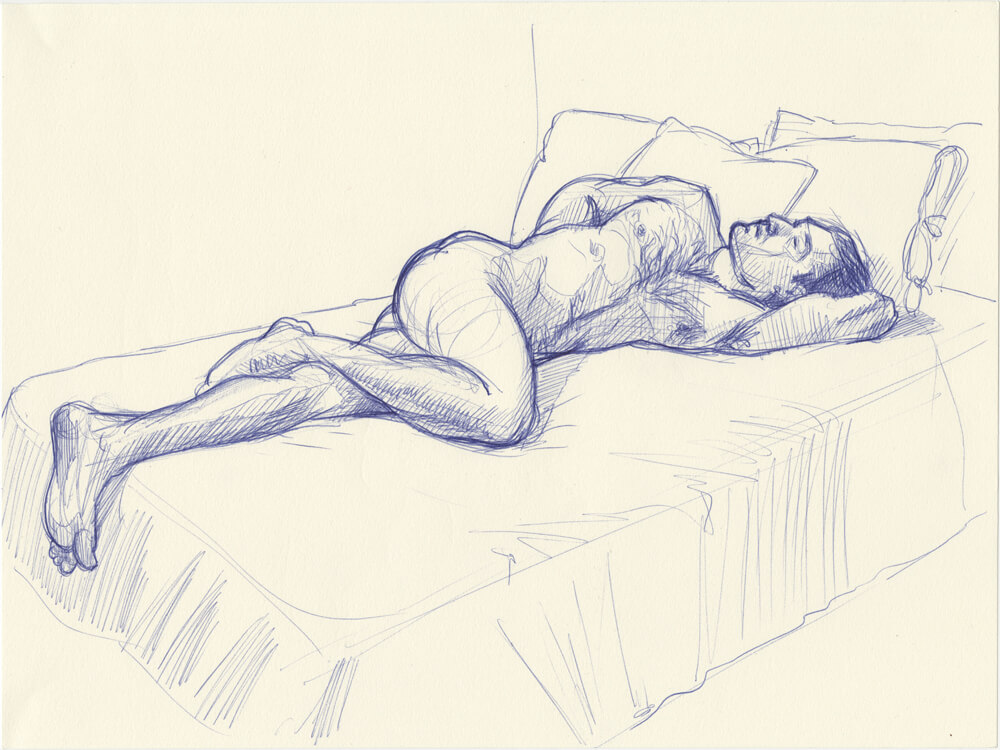 A nude sketch of PaulRaymond716 from Instagram by John MacConnell, done in ballpoint pen.

Social media has found a way to weasel its way into almost every aspect of culture, so it’s little surprise that it has become a bed of inspiration for a new generation of artists. A few weeks ago, sexting was the focus of an art festival in New York, and every day, illustrators find themselves turning some of the most alluring of Instagram thirst traps into art.

“[When I was young,] I was drawing superheroes,” illustrator and New York-based art director John MacConnell told INTO, over the phone, in a recent interview. “I was really into comic books that I was reading and the characters that I was watching on my cartoons.” But now, in their place, MacConnell finds himself rendering likenesses of Kyle Kreiger, Anthony Forte, and Justin Schlabach, all popular users on Instagram. 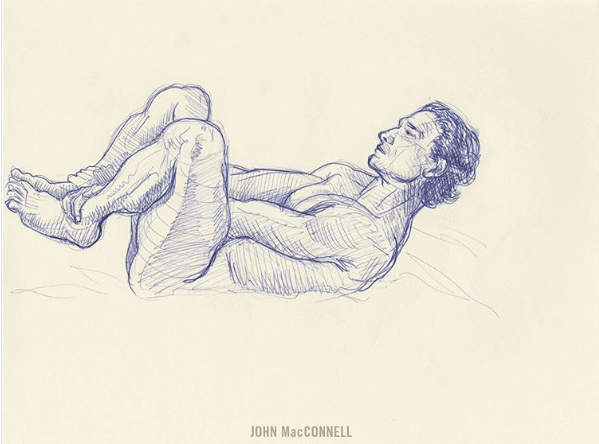 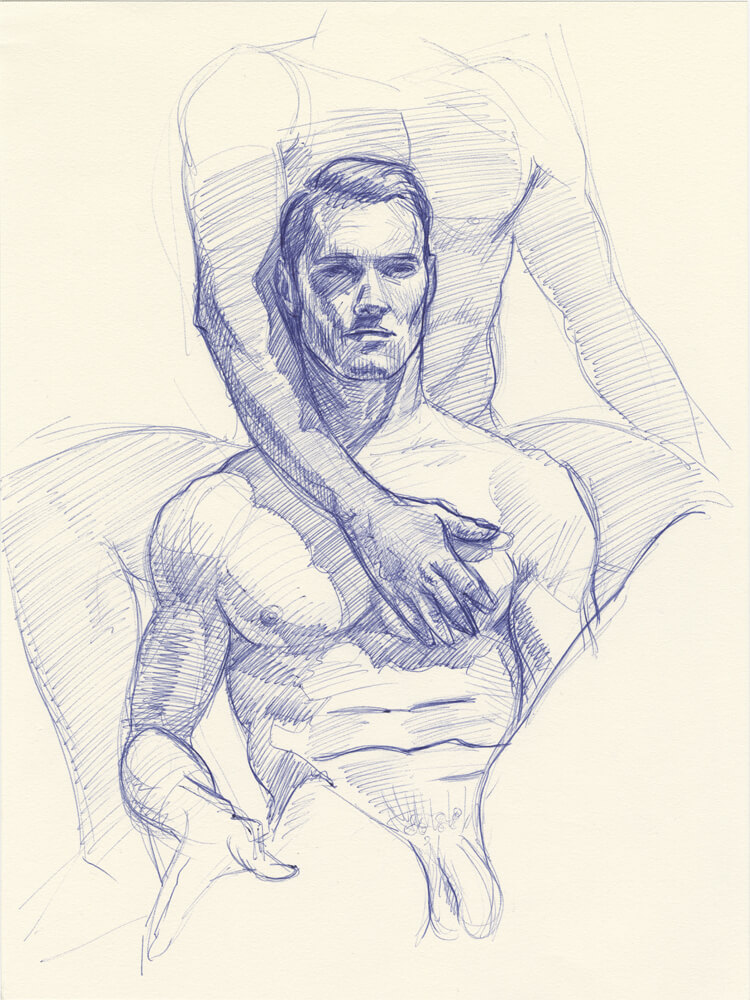 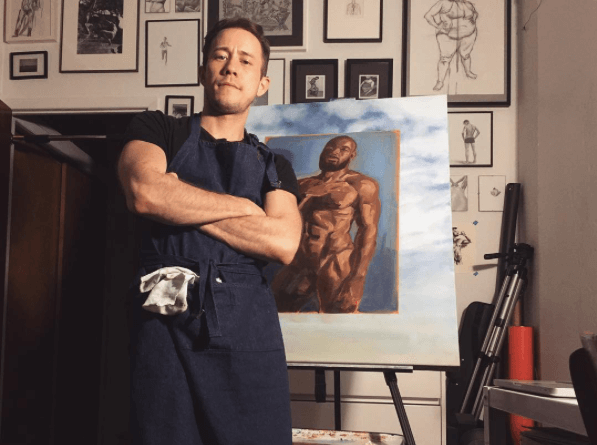 After studying illustration as an undergraduate at the Maryland Institute College of Art, and getting an MFA in illustration and visual essay from the School of Visual Arts in New York, MacConnell bagged a job working at Shahid Company. His full-time work for that agency allows him free time to pick up private work revolving around portraiture and male nudes. “That’s where my Instagram came from,” he explained. “I was attending different drawing groups in the city. I started posting that on my Instagram, from that I started getting interest from people who followed me on Instagram and were interested in being part of my work.” And now, the artist sits with one live model a week for at least a 20-minute session for sketches. But MacConnell isn’t the only one. 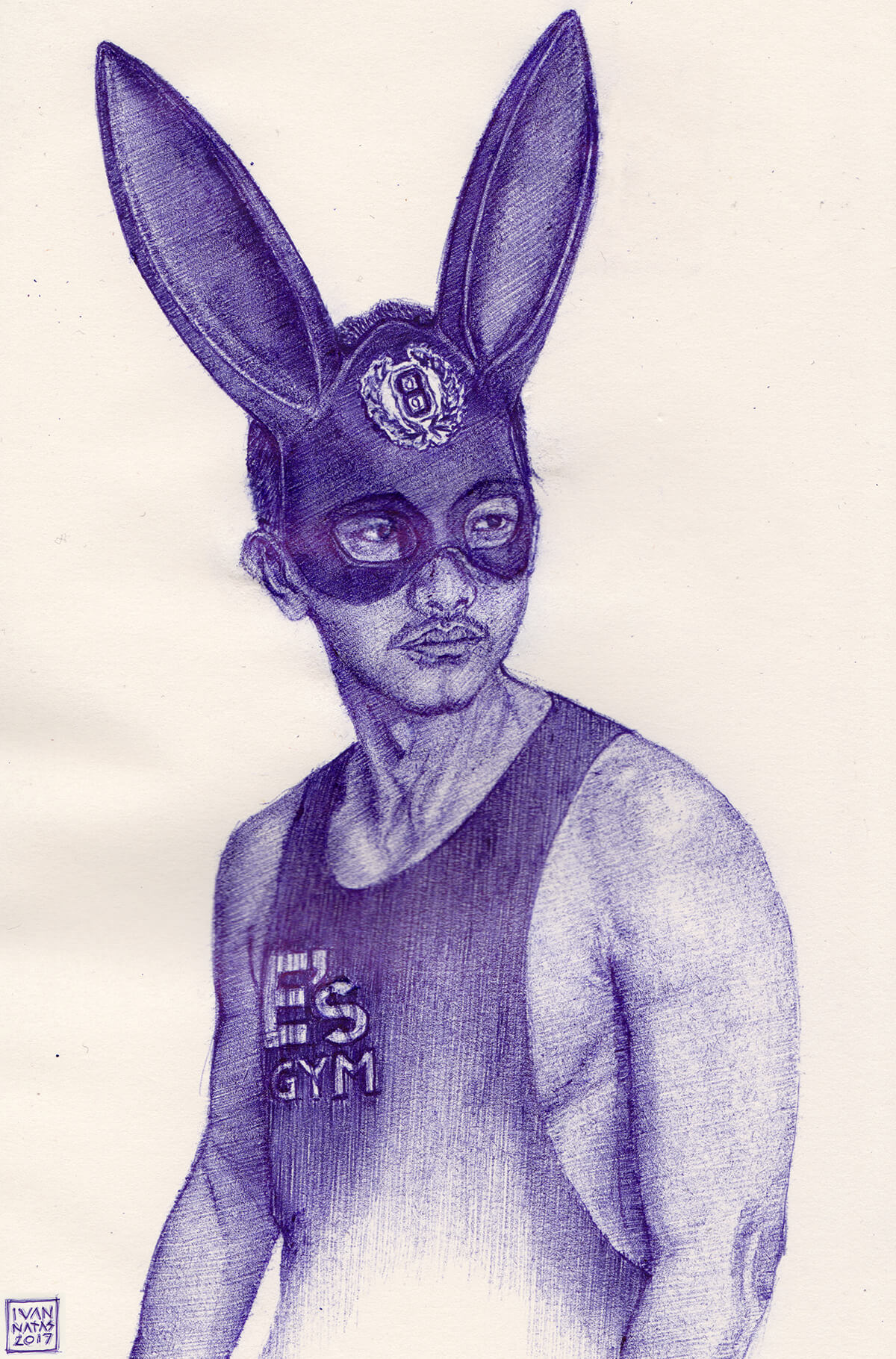 Ivan Natas, an illustrator based in Amsterdam, also finds his inspiration on the platform. While MacConnell almost exclusively creates works of users who reach out to him and then meet for an in-person sketch that sometimes gets broadcast live, Natas does his work remotely. “I like to surprise them, so I have never asked for permission,” he wrote via email. “Luckily their reactions are always positive.”

For Natas, the work generally starts with a connection with the subject. “It all started really simple with a couple I follow, a post of them happily kissing,” Natas explained, noting that his work typically centers around people of color, as well as diverse body types and appearances. “I wanted to try to capture this little bliss of happiness.” That first sketch has turned into an ongoing series, which has seen Natas sketch not only popular figures but works surrounding social and political movements like Transgender Day of Visibility, International Women’s Day and World AIDS Day. 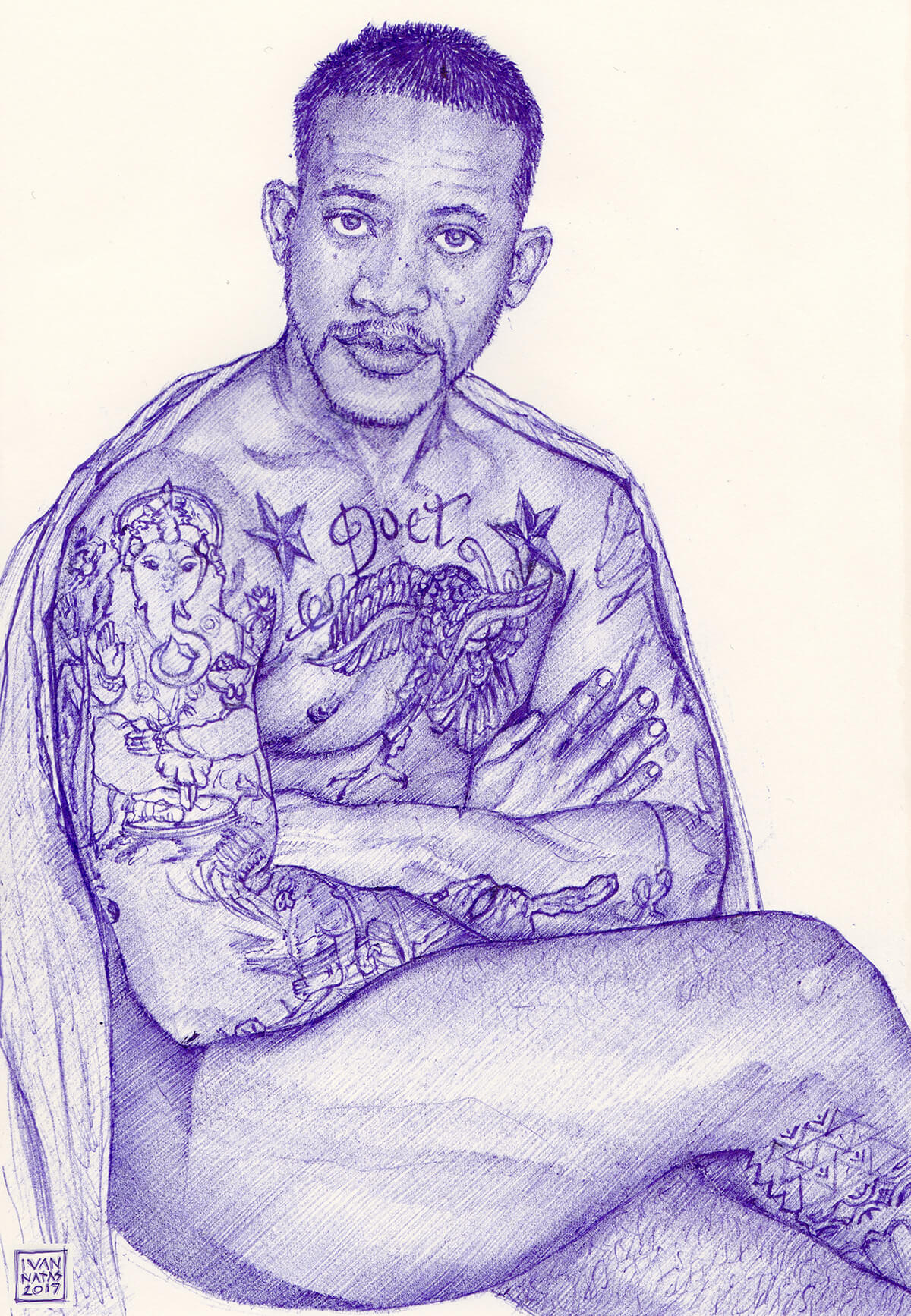 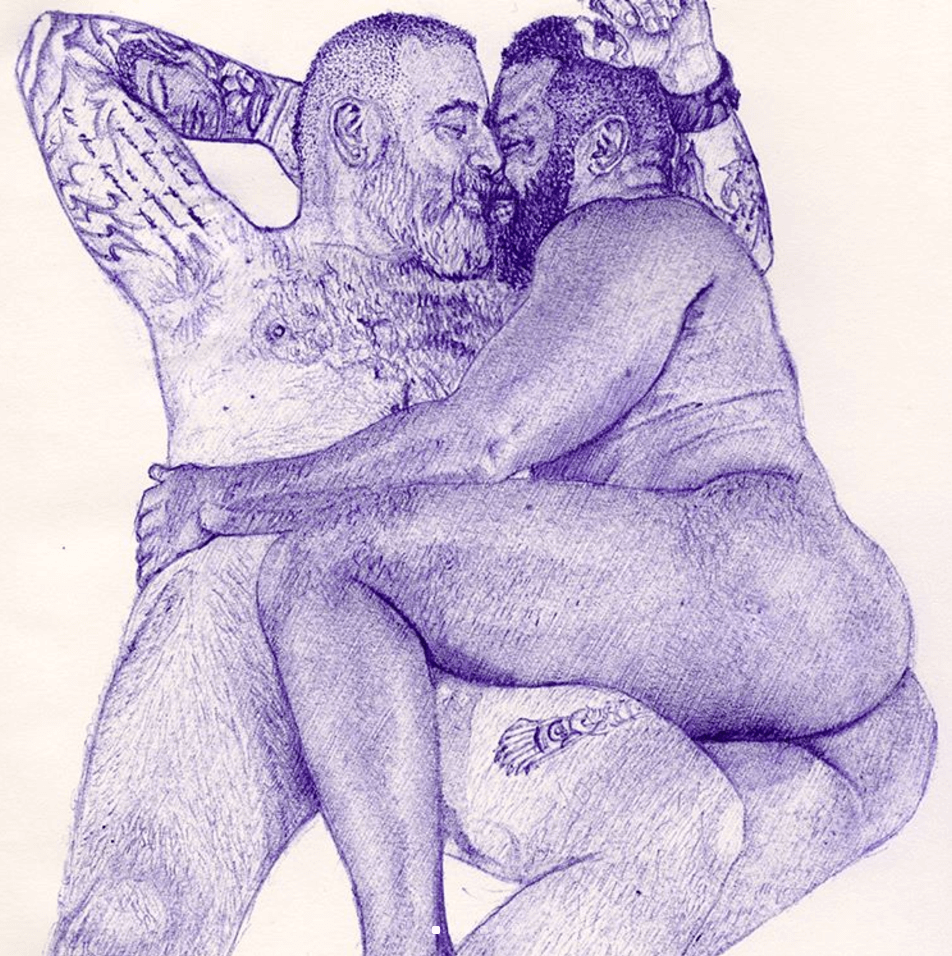 Of course, Natas and MacConnell aren’t the only ones. Other artists who post on Instagram like Henry Chang and Martin Bedolla join this grouping, though Chang asserts his work is less about the platform. “I mostly work with live models,” Chang said. “I don’t really look at their Instagram. Sometimes the models just happen to have a lot of followers, but I don’t really care whether they do or not.” Bedolla also only uses guys from Instagram occasionally to source for his work; having looked to the likes of Orlando Luca, better known as Freddy Krave, Jorge Zavala, and Nathan McCallum. 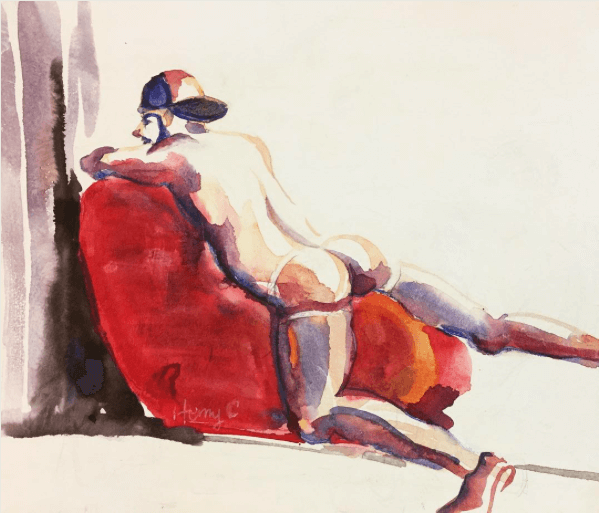 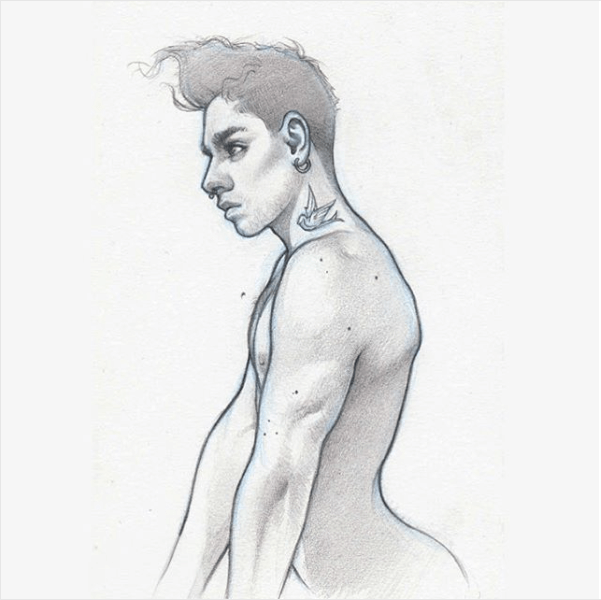 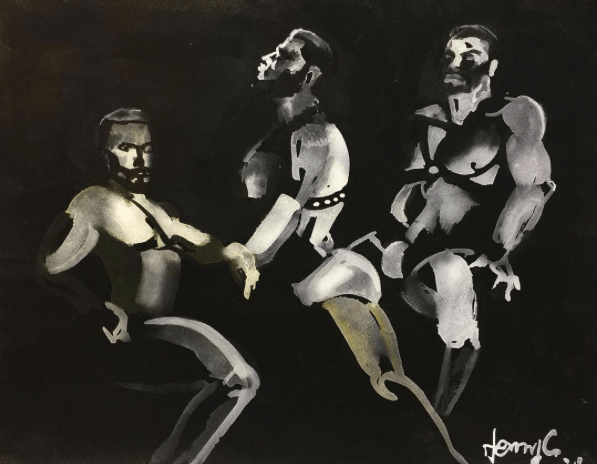 Depiction of model and dancer Steven Rodriguez by Henry Chang.Sketch of the Mexico-based user Jorge Zavala by Martin Bedolla.

But the connection to the platform can provide artists with an autonomy they weren’t traditionally afforded before. “I haven’t necessarily needed a gallery at this point to get where I am,” MacConnell says, adding that Instagram has provided him with sales, patrons, commissions, exposure, and a ready audience. Currently, he is working on larger scale oil works, like a recent one based around Instagram hottie Black Jasper, that would be more targeted at galleries. His 130-page book of sketches is also due out this summer but available for pre-order now.