Over the last few years, summer camps for adults have sprung up around America, seeking to offer grown-ups the experiences they may have had or wished to have when they were kids. Camp No Counselors, Camp Bonfire, and Club Getaway have all been highly-publicized opportunities for 18 and older humans seeking the same kind of connections given to youngsters, with nostalgia-based activities like campfire singalongs, group sports, and lake-based activities.

And while LGBTQs are said to be included in these adult camper atmospheres (Camp No Counselors even offered an “LGBTQ and Friends” weekend last fall), they aren’t exactly the safe spaces that most queer and trans people are searching for. That’s what inspired Rocco Kayiatos to create two camps that he hopes will become the grown-up camp scenario of the community’s dreams.

Camp Lost Boys, a sleep-away camp devoted to men of trans experience, launched last year, hosting anyone who identifies with the masculine-of-center experience to “focus on self-empowerment and self-esteem building through the physical and mental activities of a traditional summer camp experience.” Kayiatos, a trans man who first became well-known under his rap moniker Katastrophe and has since co-created the successful trans-focused magazine Original Plumbing, says Camp Lost Boys was born from the lack of spaces MOC presenting people have to commune. 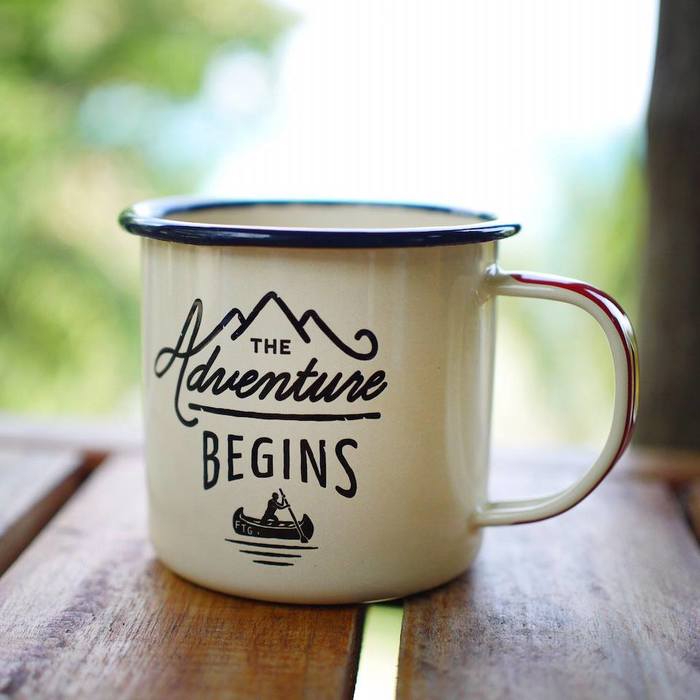 “I started transitioning nearly 18 years ago, and there was no place then,” Kayiatos tells INTO. “And I think sometimes in the queer community, this insulated experience, we forget that trans men, even if they are masculine or straight presenting or don’t identify as queerthere is still something very radical and marginalized about their identity, and I think sometimes we lose that in the queer community. So this space felt particularly important and impactful for me and for everyone who ended up attending. I didn’t realize how much I needed a space like this until I was actually in it.”

Kayiatos said that the first Camp Lost Boys, held in Angelus Oaks, Cali. last October, hosted more than 100 trans and MOC campers between the ages of 18 and 72 (“There’s 100 dudes in the woods having experienced all diff levels of PTSD from just being who they are in the world, scarcity, etc.,” Kayiatos says.) The schedule made time for hiking, morning meditation, bootcamps workouts, financial planning, film screenings, and fireside chats with specific focuses, including one that was for trans men of color only.

With the success of Camp Lost Boys and another one coming up this spring (this time in Elbert, Colo.), Kayiatos decided to create another space that was not just for trans and MOCs, but for anyone who might identify as LGBTQ. Co-created with Stephanie Sidjakov, Magic Hour Club is for “outsiders, queers, misfits, underdogs, weirdo artists, and seekers,” which expands upon the idea of Camp Lost Boys but into a wider breadth of experiences and identities. Kayiatos says he started researching the adult camps that exist.

“I started … asking people who had been there what their experiences were like, and really taking into account what type of demographic they fell into,” he says. “Did they have an intersectional or marginalized or oppressed identity? Were they a woman? Did they have anything that wasn’t considered a normative identity? And in going to this space did it feel safe and comfortable for them? And it was a resounding ‘no.'”

Kayiatos says that the closest thing he’s seen as having been created in this vein is A-Camp, a queer adult summer camp ran by Autostraddle, “a progressively feminist online community for multiple generations of kickass lesbian, bisexual & otherwise inclined ladies (and their friends).”

“A-Camp is more like where the Michigan Womyn’s Music festival left off,” Kayiatos says. “The difference between this and A-Camp is obviously people of all gender expressions can comeit’s not just for women specifically. And the other key difference is there is no social hierarchy, so though we have teachers who are well known, everyone is camping together, everyone is bunked together, no one is on a stage, so there is nothing elevating anyone above anyone else.”

*Editor’s Note 2:45 PM PST: Riese Bernard of A-Camp reached out via email with the following statement:”A-Camp is a camp for queer women (cis and trans), non-binary people and trans men. We are also specifically committed to creating a comfortable space for trans women, who have historically been marginalized by events like Michfest.”

Friday, January 5 5:20 PM PST:After reporting,Kayiatos reached out with the following statement via email:”A-Camp is what the Michigan Women’s Music Festival could have been for all women if their attendance policy had not been transphobic.He recognizes the painstaking work that A-Camp has done to uplift and support the voices of all women, especially those of trans women.Kayiatos recognizes the importance of women and trans only spaces and adds that the primary difference between A-Camp and MHC is that the latter is open to people of all genders and incarnations of queerness.” 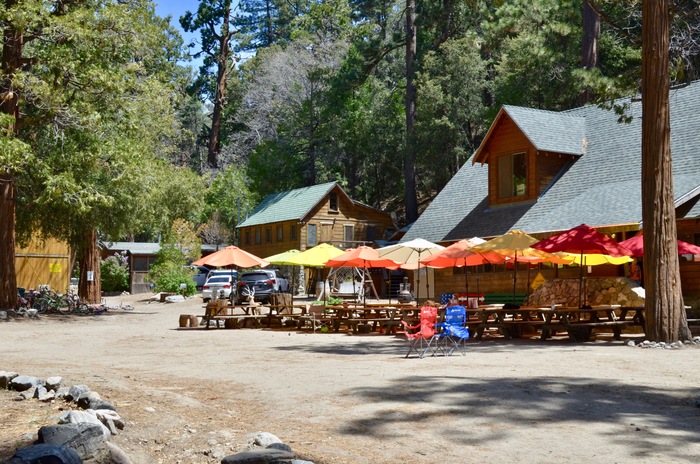 This has been a concern for other festivals that have said to be queer-inclusive (like Mothership, where the staff of largely white cis women professed to stay in tents with attendees but in actuality sleep in an air conditioned home on site), as have the idea that they have to be Instagrammable, something he eschews entirely.

“So many of these things are just about a blonde woman eating a smoothie or drinking a green juice and that’s what wellness looks like on Instagram, and that’s not true,” Kayiatos says. “That is not what wellness isit’s not a holistic approach to health and wellbeing and longevity. That’s just Instagram’s version of it, and that’s the one we have elevated.”

He goes on to say that the way social media prioritizes one view of trans masculinity is just as harmful.

“It’s, like, hard-bodied white dudes are the only ones that exist on Instagram,” he says. “Those are the most popular guys, like dudes in their 20s, really pretty, showing the before and after pics of two years ago they were the prom queen and now they are these jacked gorillas. If I were a person who didn’t know there was a larger community, I would just imagine that’s what existed for trans menthey all end up in the gym and are enormous.

“So, you get this really skewered version of what life looks like,” he continues, “and I am hoping that this can be a respite for people who maybe feel disconnected from a community that they once had or have never had a real-life community and maybe feel like [the camps are] a place where they can get that.”

Like high school formals, bat mitzvahs, and other major events in a person’s life, queer people often felt they couldn’t be their true selves at a young age, and so for many of them, they missed out on a summer camp experience altogether, or didn’t fully enjoy it because they felt unsafe or insecure. The idea of being among others who share similar ways of moving through the world, and sharing that connectivity in a space of nature and pure human connectivity, inspired Kayiatos to cultivate something that would not only welcome LGBTQs, but help to enrich them without any notion of celebrity or hierarchical value.

As Camp Lost Boys goes into its second year, and Magic Hour Club launches in April, Kayiatos says he hopes to “build a real community that will go beyond this event and other subsequent events.”

“And that it will inspire people to stay connected with each other, and to not be as engaged with finding their worth via social media,” Kayiatos says. “And that all of these things that are discussed, and all the things that happen at the camp will translate into everyday life, and they will have a different level of awareness around how they engage.” 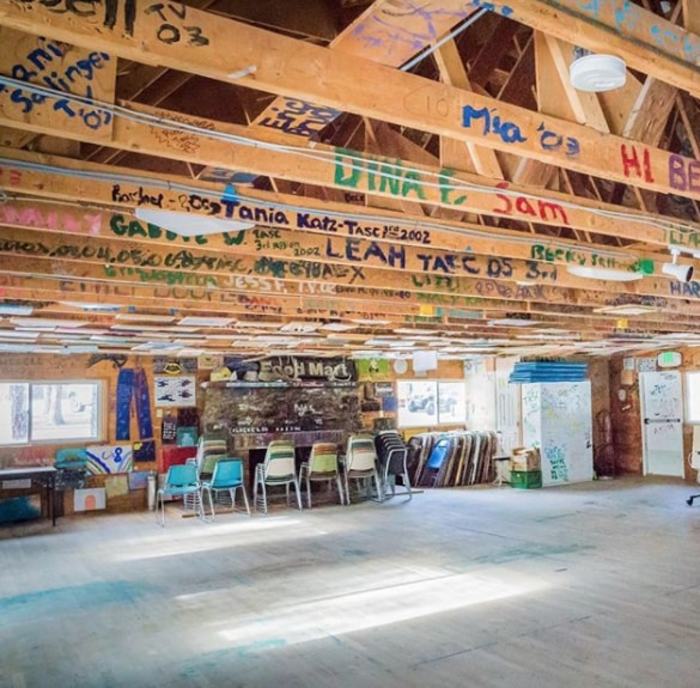 With that in mind, Kayiatos has painstakingly put together programming for Magic Hour Club that will appeal to a wide range of attendees (from tarot readings to conversations about body positivity to a high ropes course), and has a much more intersectional approach than most other camps. And in case there aren’t workshops or activities that appeal to someone, they also have the ability to host a pop-up workshop.

“So if there is something they want to address and they want to hold a group or a meeting about, then they can do that,” Kayiatos says. “I think that’s the core, and the appeal would be that if you are a queer person and you want to have this summer camp experience but not necessarily in the space of a bro-down hoedown or something, that feels a little bit safer but still communal, then this would be it.”

As someone who has spent time in many LGBTQ scenes, living in San Francisco, New York, and now Los Angeles, Kayiatos says he has always found that some people will inevitably still feel ignored, and his intention for both camps is to make sure that doesn’t happen. He wants to listen to and learn from attendees instead of dictating how they spend their time in the woods.

“People are going to feel left out even before they experience it,” Kayiatos says. “So even in the concept of trying to build community, a lot of people will approach it and think, ‘Well, that’s not for me; that’s not about me; that doesn’t speak to me.’ Which maybe is true, but hopefully there is room for you to come and speak for yourself and include people in that conversation so in the next program, we are enlightened about that.”