My holiday season was less-than-happy because my favorite celesbian couple broke up just as my gay ass was attempting to start feeling jolly. Kristen Stewart and her (wipes tear) now ex-girlfriend Stella Maxwell are no longer together — and neither is my life.

Yes, it was inevitable. Yes, some have referred to the Twilight star as a “serial dater.” Yes, celebrity couples typically split after two years of dating, but I had such high hopes for this power couple. I thought it would end in wedding bliss at a star-studded, royal style, Chanel custom-designed double dress, celesbian wedding in Paris. 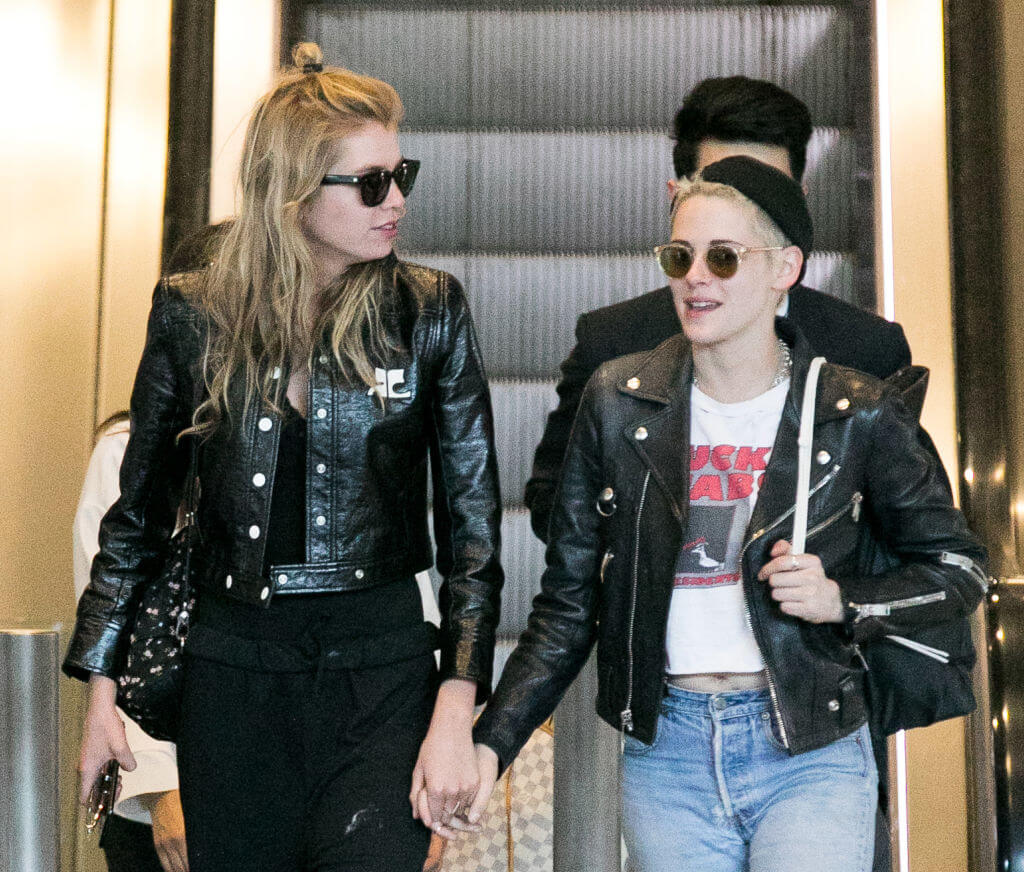 There was a very brief red flag in October, when Stella was suddenly no longer following Kristen’s (private) IG account (someone slid into my DMs and told me — I do, outside of loving celesbians, have a life.) But the error was corrected not long after, and our celesbian queens were once again following each other.

The couple started their relationship in 2016 and I guess 2016 would also be the last great year America saw — it was President Obama’s final year in office and it was the year “Kristella” began.

I am so grateful that I get to exist within the same lifetime as these people. Especially given the mass adoption of social media (not to brag, but Obama follows me on Twitter). In this social media obsessed culture (where if you don’t post a pic of bae does bae even exists?) one thing that stood out about their relationship was that Stella never posted a single photo of Kristen to her 4.2 million Instagram followers — if you were lucky, you maybe could barely catch a glimpse of Kristen’s arm or leg in one of Stella’s stories, but that’s about as much as we ever got.

As you know, the Instagram “follow back” is the re-branded version of the “Facebook relationship status.” For those in your early thirties, you may remember how serious it was if your Facebook relationship status changed. If the other person was actually tagged, it announced your partnership with a photo of the two of you together on everyone’s timelines. It was basically a millennial marriage.

And now with Instagram taking Facebook cyberstalking to heroin-like levels, we can see who followed whom, when they followed them, and how many of their photos they liked. This is an INCREDIBLE amount of information for someone like me who loves to keep up with the latest Hollywood celesbian gossip — but when it led me to finding out that my own ex had finally moved on and had a new girlfriend, I became not-so-fond of these intimate features.

Anyway, time heals all wounds, right? Well, this Kristella breakup has left a gaping puncture wound in my hopeful, celesbian power couple-dream heart. For fans of celesbian culture, Kristen and Stella had picked up where Lindsay Lohan and Samantha Ronson left off in 2008 — simpler times (sans the broken bottles being thrown in nightclubs and the ever so common restraining order) — but Sam and LiLo gave us young queer women a feeling of hope and excitement. At that time and for our generation, Lindsay Lohan was the most recognizable household television and film actress dating another woman. Her openness about dating a woman was monumental; it gave queer women worldwide visibility and validity, even if the press did often attempt to minimize their full-fledged “women who love women” relationship to “gal pals.” 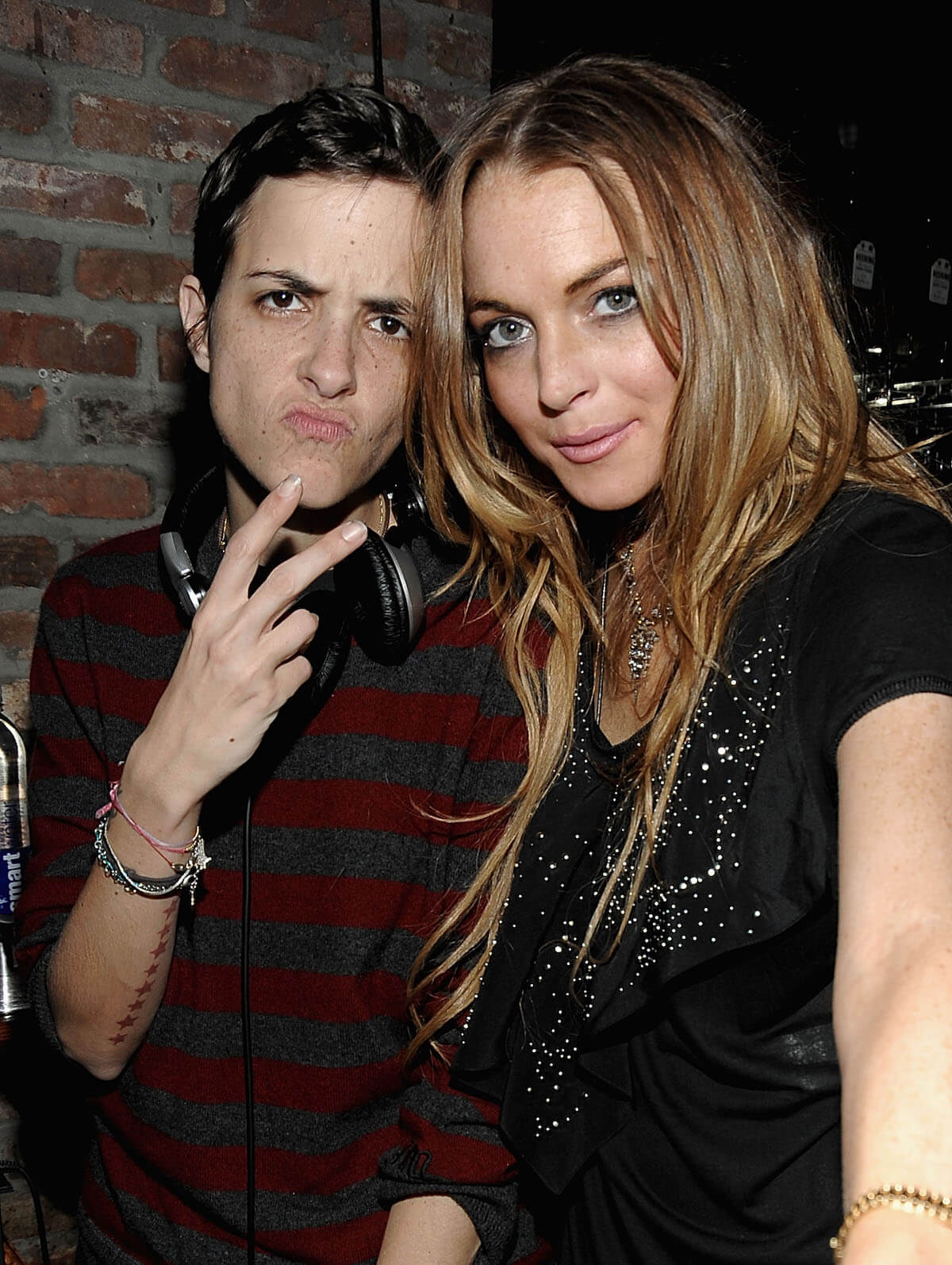 I remember seeing Lindsay Lohan on The Ellen Show in 2009, the year after her breakup with Samantha. Ellen casually talked about how Sam and Lindsay had come to her birthday party together where Sam had DJ’d — ooh, to be a gay fly on that celesbian wall! Kristella gave me that exact same excitement and feeling of being seen. Sam and LiLo existed in a pre-social media world —  but now, I could look at new photos of Kristen and Stella virtually as they were being taken.

One of the highest paid and most well-known actresses Hollywood, the face of a worldwide terrifyingly popular film franchise (I never got the whole vampire thing, tbh), dating one of the most in-demand models — a Victoria Secret model at that — beautifully stunning women that are specifically cast to make men drool over them and make women aspire to be them were dating each other! Kristen was on the FROW (front-row of a fashion show) in Paris watching her girlfriend Stella walk the runway debuting the first look for the new Chanel collection, both of them mingling with Karl Lagerfeld (who seems to be quite fond of lesbian models himself) after the show. It was something straight out of my own fantasies and dreams.

When Stella attended Kristen’s directorial film debut screening in Beverly Hills (which I also attended…with the aforementioned ex…deep sigh), I thought, “maybe Stella and I share some sort of deep universal connection right now —  newly single and quickly moving on with new women.” (And if I may speak for us both, downgrades at that!) No shade to this new girl, Sam or Sarah Stylist Somebody, who looks like an intellectual. Intellectual stimulation from a partner seems to be something Kristen longs for, but she clearly has a weakness for beauty — not that I blame her.  It even happened to me earlier this year, when I attempted to take a long-time Instagram model crush out for a Valentine’s Day date, which crashed and burned after I discovered her black-out alcoholism. The prettiest people do the ugliest things.

The two archetypes Kristen always seems to oscillate between are the silent glamorous beauty or the articulate creative intellectual. Another reason I believe Kristen longs for an intellectual partner comes from a major hint I picked up from a December 2017 interview Stella did with the Italian women’s magazine GRAZIA.  Here is an excerpt from that interview: 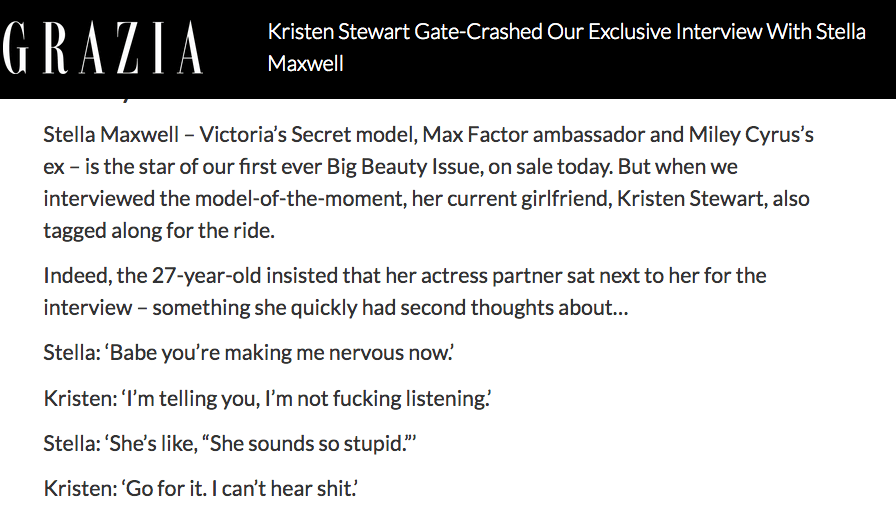 I think that excerpt speaks for itself.

Let me be clear: This is not to drag Kristen, nor Stella. I adore them both. I don’t know who broke up with whom, (although my money would be on Kristen calling it quits) or even if it was mutual, but what I do know is that most “high fashion” models are simply not intellectuals and are usually low-key homeless. Not to be shady, but if you travel as much as they do, why would you want to pay rent for a place that you’re barely going to have time to actually live in? 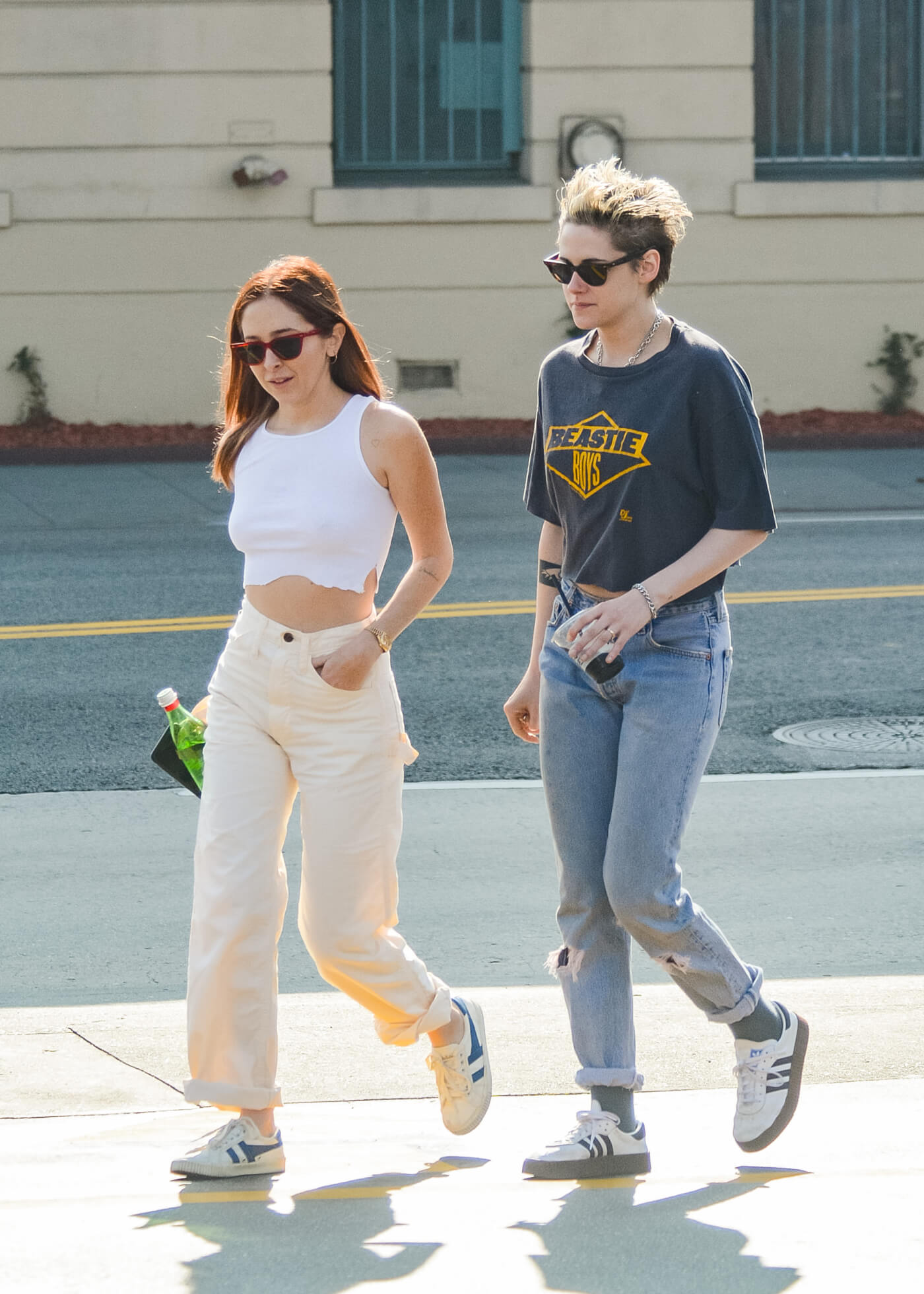 Bella Hadid might even be a good option, SEVERAL Tumblr Lesbians™ believe that Stella and Bella Hadid low-key dated and slept together casually a few years back and that Bella Hadid has ALLEGEDLY taken many a dip in the lady pond. Her close friendship with Kendall Jenner only validates this in my mind. Kendall Jenner’s queerness is an entirely different article. (Catch one of my live stand-up shows to possibly hear my Kendall Jenner Gay theory. It’s deep.) 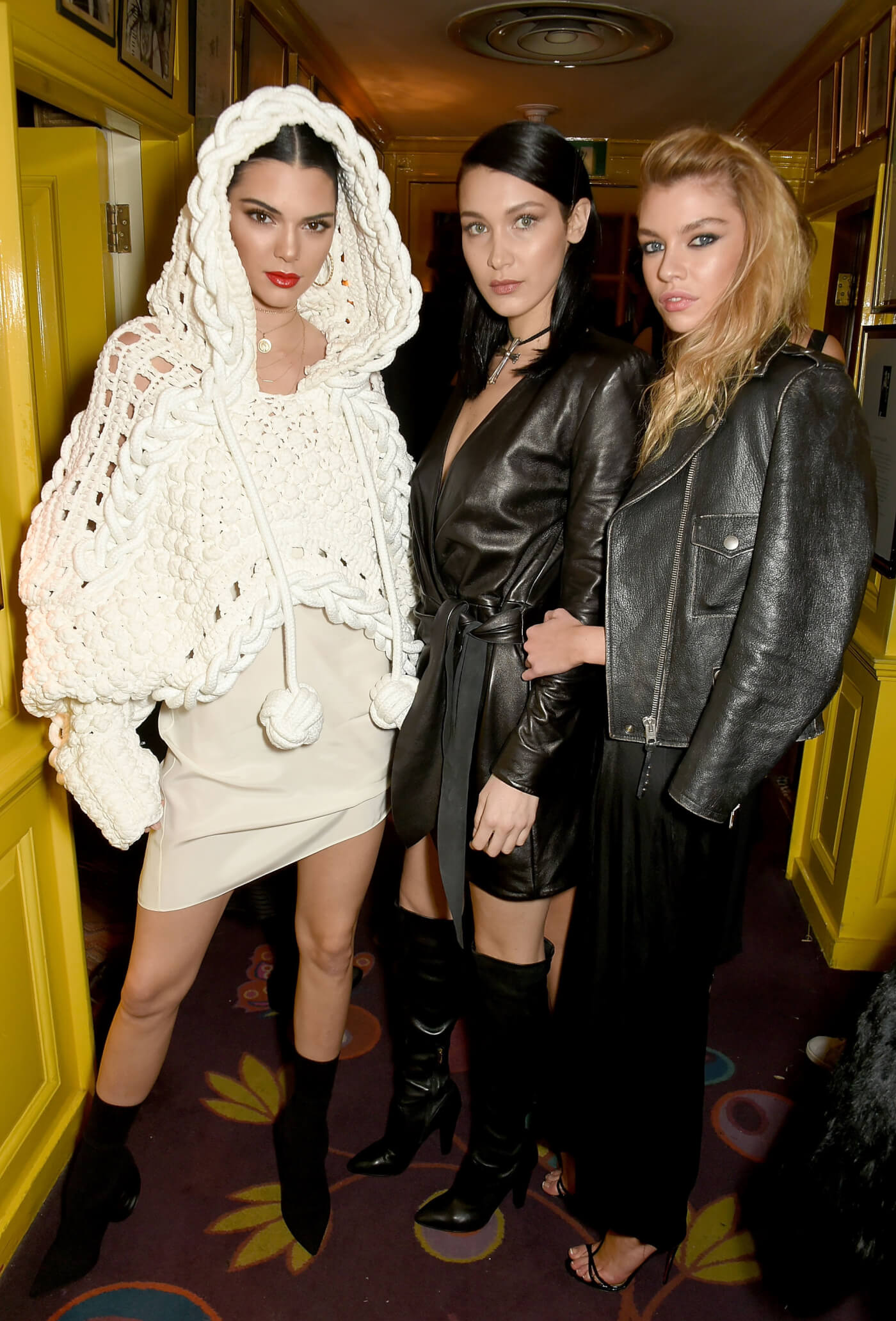 Maybe Stella could be petty and messy and crash with Kristen’s ex’s ex Cara Delevingne— I’m pretty sure Cara has a home. Although it does seem like she crashes on friends’ couches a lot, like that week she was continuously photographed outside of Gaylor Swift’s New York City apartment every morning? And who could forget how close Cara and Kendall were? R.I.P. “CaKe.” 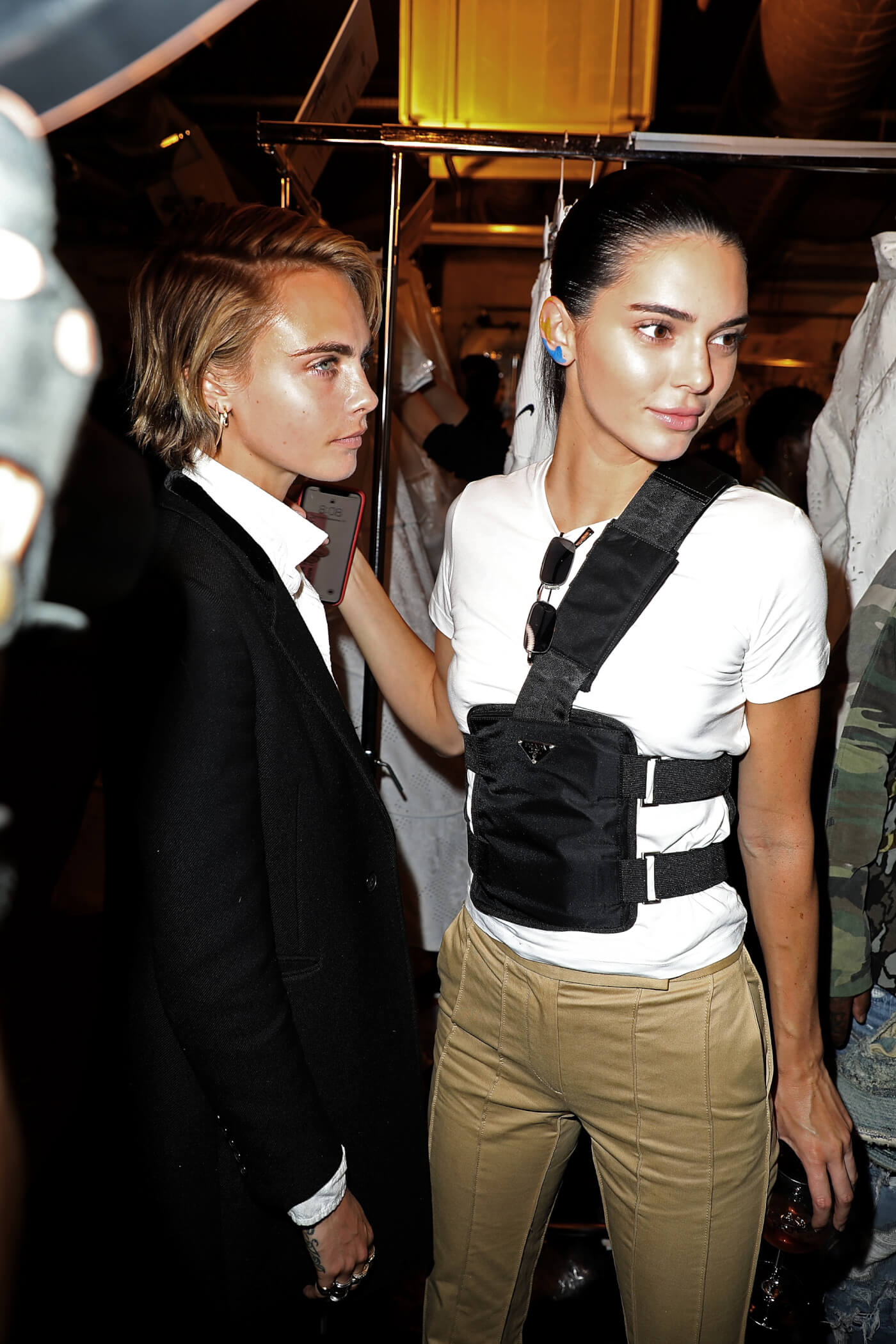 Remember not too long ago, but also low-key forever ago, when Cara Delevingne dated (and was madly in love with and proposed to) Annie “St. Vincent” Clark, but then St. Vincent broke up with Cara for Kristen and then Kristen broke up with St Vincent for Stella? *Alice Pieszecki voice* Maybe Stella should date St. Vincent! That would be weird and confusing, but also everything. 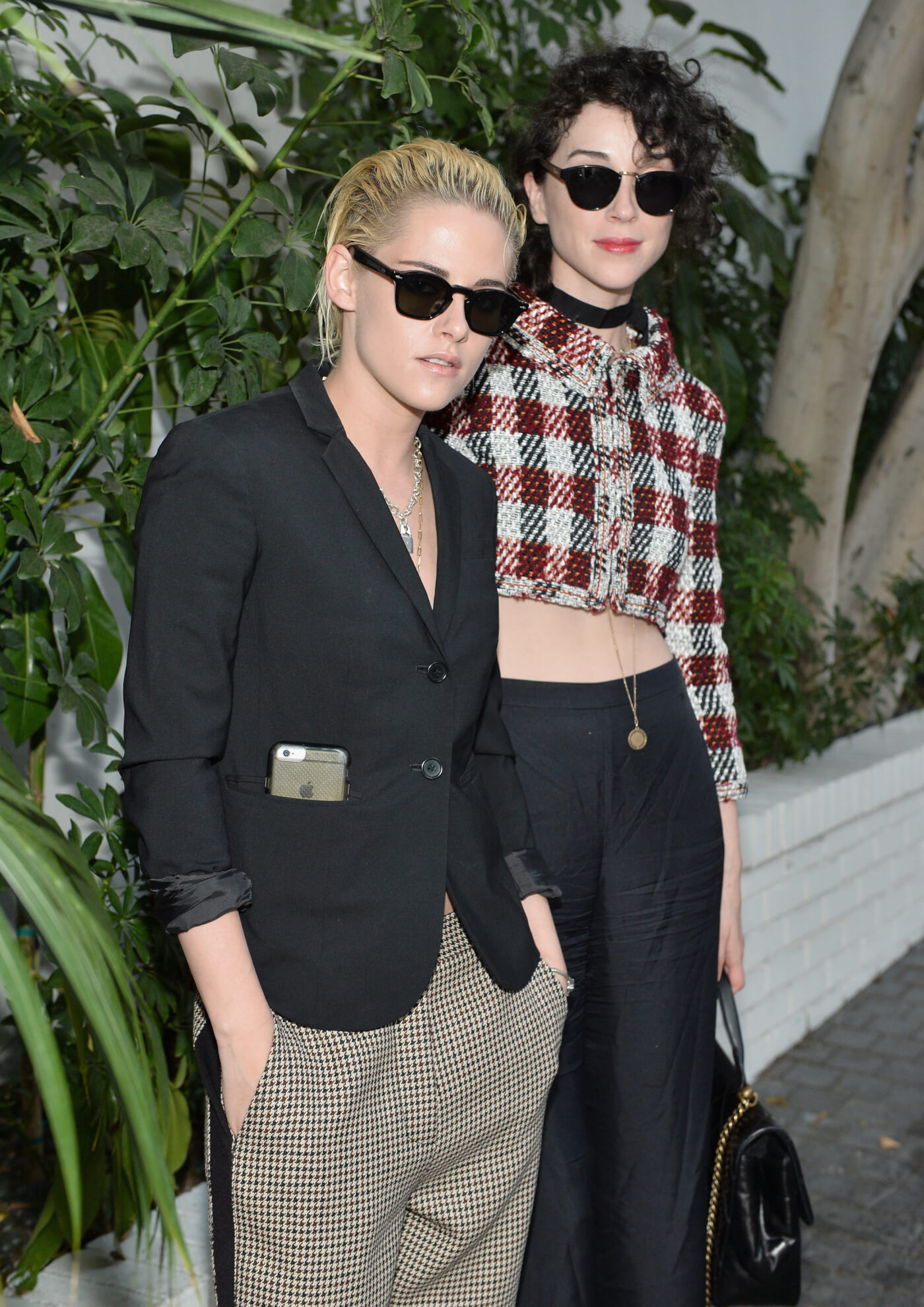 Or maybe she could Airbnb at  O.G. Silver Lake celesbian Amber Heard’s place while Amber travels the world trying to be the new Meghan Markle. (Jk, love you Amber let’s grab tea at Covell next Saturday). 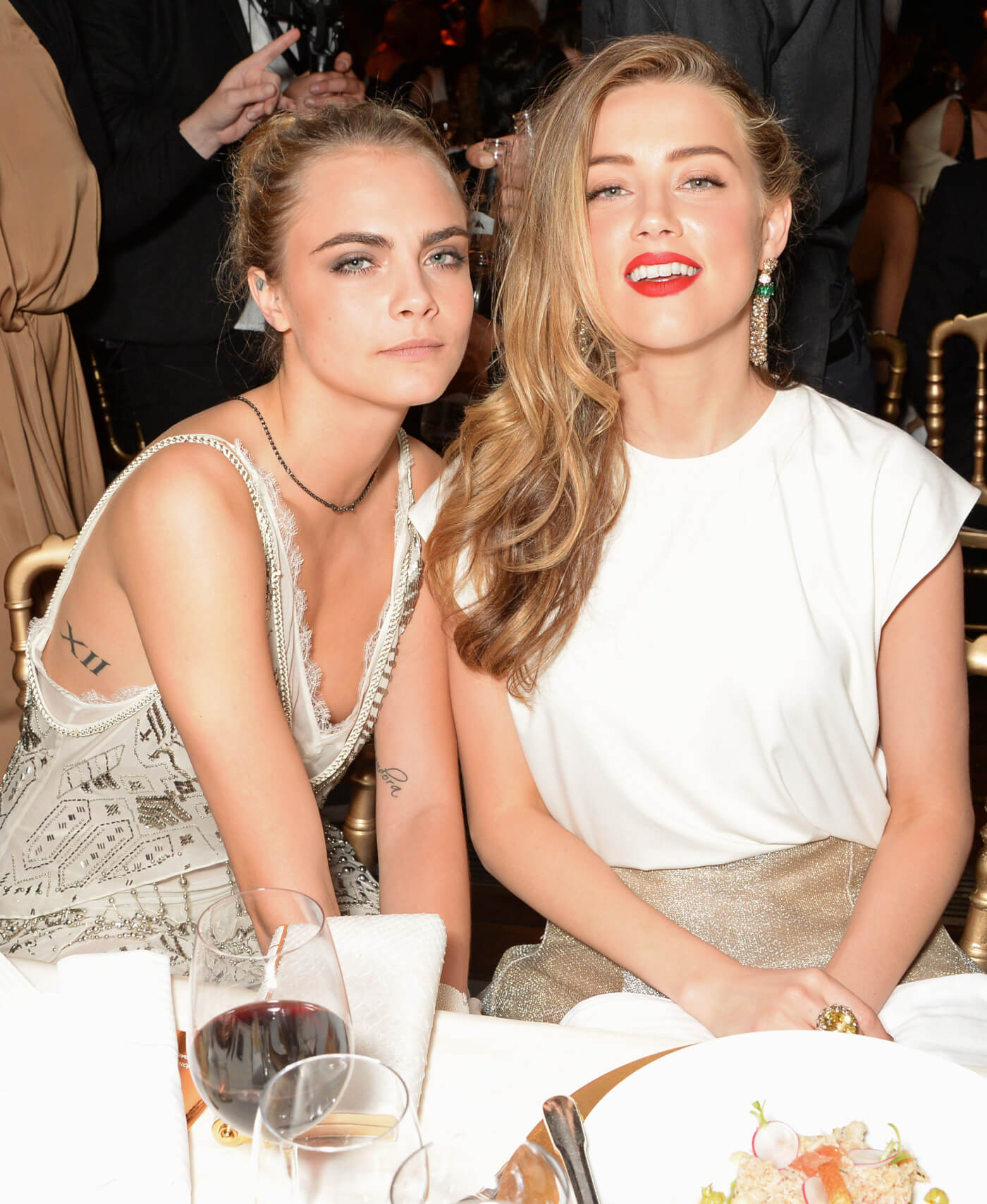 Stella could even get back with Miley Cyrus! And yes, Miley Cyrus and Stella Maxwell dated! It was in 2015 and it was very hot and cute.

Possible plans for Stella’s romantic future aside, I honestly feel just as heartbroken over this breakup as Stella and Tripp the dog must. Meanwhile, Kristen is seemingly feeling no pain. If I had her bank account and was the hottest celesbian in the world, I probably wouldn’t be feeling too much pain from a breakup either.

However, this breakup was undoubtedly the WORST part of 2018 for me. After a few days of silently grieving their split, or maybe being in denial about it all, I’m still not quite sure. I was reminded of the way life always seems to restore the balance, how when something bad happens, that usually means something good is to follow. Yin-yang; night, day; happy, sad. We need that balance; we have to have shitty moments so that we can know when to appreciate the good times. Just like this current era the world is experiencing, after this awful phase, we will see more love, more peace, and more unity as a result of all the turmoil we are enduring right now. Once again, the balance of life.

So cheer up, Stella—I’m sure there is some hot, up-and-coming young actress/model/singer looking for a high profile relationship to boost their TMZ ratings. You and your gay dog will have a home again in no time! As for us, the celesbian royal watchers, well, when one door closes, another one opens. And God has blessed us with more hot, young lesbian models. And he even put a cherry on top—they are WOMEN OF COLOR. I wish I were lying when I say I’m crying while typing this, but I’m not.

Allow me to introduce you to the new celesbian power couple of 2019 and 2020—Aqua Parios and Selena Forrest. I can hear you say “Who?” I had never even heard of them until a faithful follower on my @BettePorterGallery IG account DMed me and told me to check them out. (Shout out to @cleopatranising.)

Selena and Aqua are both up-and-coming New York-based models of color that are currently dating each other and recently got engaged. They’re both incredibly stunning and are both extremely out. Just one scroll through Aqua’s instagram (@aqua) and see for yourself— their relationship is on display bold and clear for the world to see *cries*. May I please just say, THANK YOU AQUA. THANK YOU SELENA. GODDESS BLESS YOU BOTH.

I have been dreaming of this day for so long — a young, relevant, hot black or brown celesbian couple and here they are. The best Christmas present of all. Aqua is Blasian (Black and Japanese) from Arizona and Selena seems to be biracial as well, from Cali. I’m not sure how they met, (assuming through work) but they seem to have been dating since sometime in 2014. Congrats on your engagement, ladies. I look forward to you both becoming household names on your rise to the top and seriously THANK YOU for your VISIBILITY and for being OUT and PROUD with your LOVE. We need more of it. I’ll see you both at the wedding.

And goodbye, Kristella! I will always love you. (*Whitney Houston voice* Sidenote: please watch the Whitney documentary if you didn’t. It has ALL the TRUE Robin Crawford Whitney Houston lesbian relationship tea, as well as confirmation that Cissy Houston — Whitney’s mother, did not want her daughter to be gay and did not like her girlfriend Robin.)