Fourteen years after the release of the original movie, The Incredibles franchise returned to theaters this weekend with record box office numbers. Incredibles 2 was brimming with subversive social commentary and timely allegories, as the plot follows Elastigirl and Mr. Incredible’s quest to legalize superheroes, by way of advocating for superhero hero rights.

Maybe Voyd wasn’t actually gay—lately, we’ve seen a deluge of queer movie characters who are never explicitly defined as such, like Cate Blanchett’s Lou in Ocean’s 8, the titular character in Deadpool 2, or Donald Glover’s Lando Calrissian in Solo. Whether she’s queer or not, this enthusiastic new super looks like an intentional pastiche of queer stans. 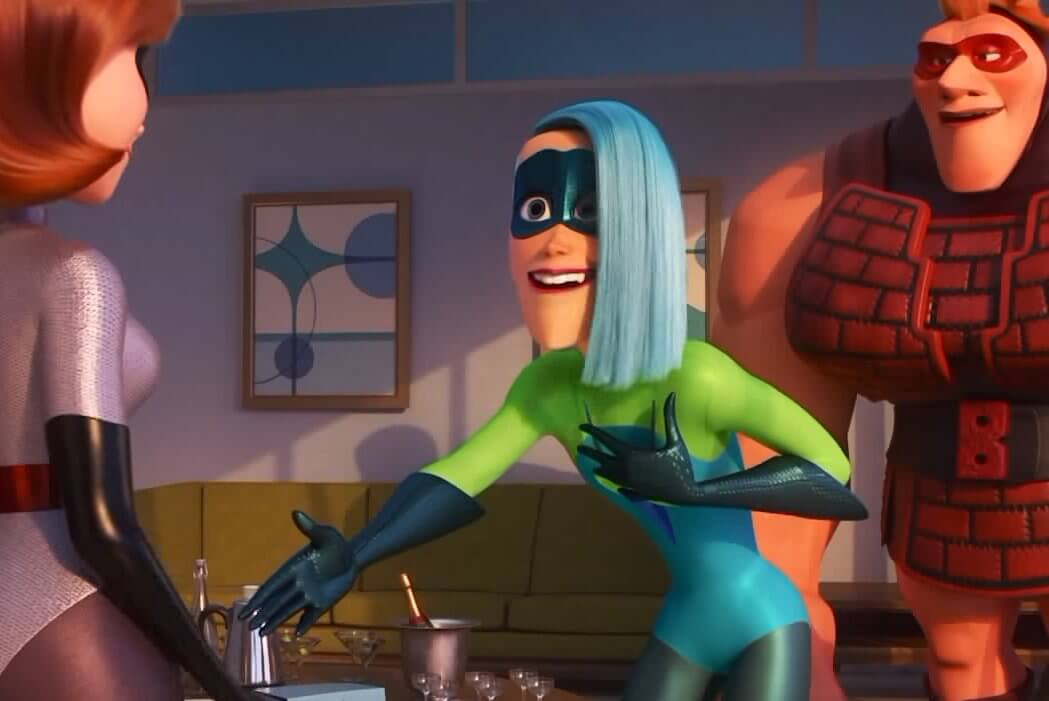 When we meet Voyd, who can jump through space like Doctor Strange, she’s being introduced to Elastigirl for the very first time. They’re going to be working together to advocate for the legalization of superheroes, and she totally fawns over Helen. In a long-winded monologue, she confesses how thrilled she is to meet Helen—her hero—and can barely contain her excitement.

Stuttering and stumbling all over herself, Voyd tells Elastigirl that she worships her because she paved the way for other female superheroes, and—here’s the clincher—that seeing Elastigirl out there fighting crime publicly made her accept who she was, and encouraged her to embrace herself, no matter what others said. GAY!!!

Yes, a rookie superhero just fawned over a veteran superhero because she gave visibility to female superheroes and subsequently normalized them, in a Pixar movie—are you kidding?! I’ve spent over a decade holding out for Violet’s coming out story, and yet, right here in #20Gayteen, Pixar is spoon-feeding us a parable for queerness.

Voyd is a hilarious parody of queer fangirls. Let’s face it, at one point or another, every lady-loving woman has confessed her love to her own personal queer hero, whether given the awesome opportunity to meet face-to-face, or singing her praises on social media. Seeing that in a record-breaking animated movie—a personal favorite, nonetheless—was priceless.