Despite being a religion based on ideas of love and forgiveness, Christianity has been used as a tool to justify oppression.

Same-sex couples are told that God wanted love to be between a man and a woman (“Adam and Eve not Adam and Steve”). Leviticus 18:22 gets trotted out by homophobes to prove that gay men are sinners. Trans people are told that expressing their gender identity is “meddling with creation.”

Even liberal and progressive congregations, who actually live out Jesus’ teachings of going to people in the margins and welcoming them into the flock, still use the same images and stories as conservative parishes. It’s up to queer artists to reimagine the pictures and stories that have so long been touted by people who hate us.

That was trans activist and model Iv Fischer‘s thought process when she approached photographer Savana Ogburn to shoot some portraits re-imagining the Adam and Eve story. 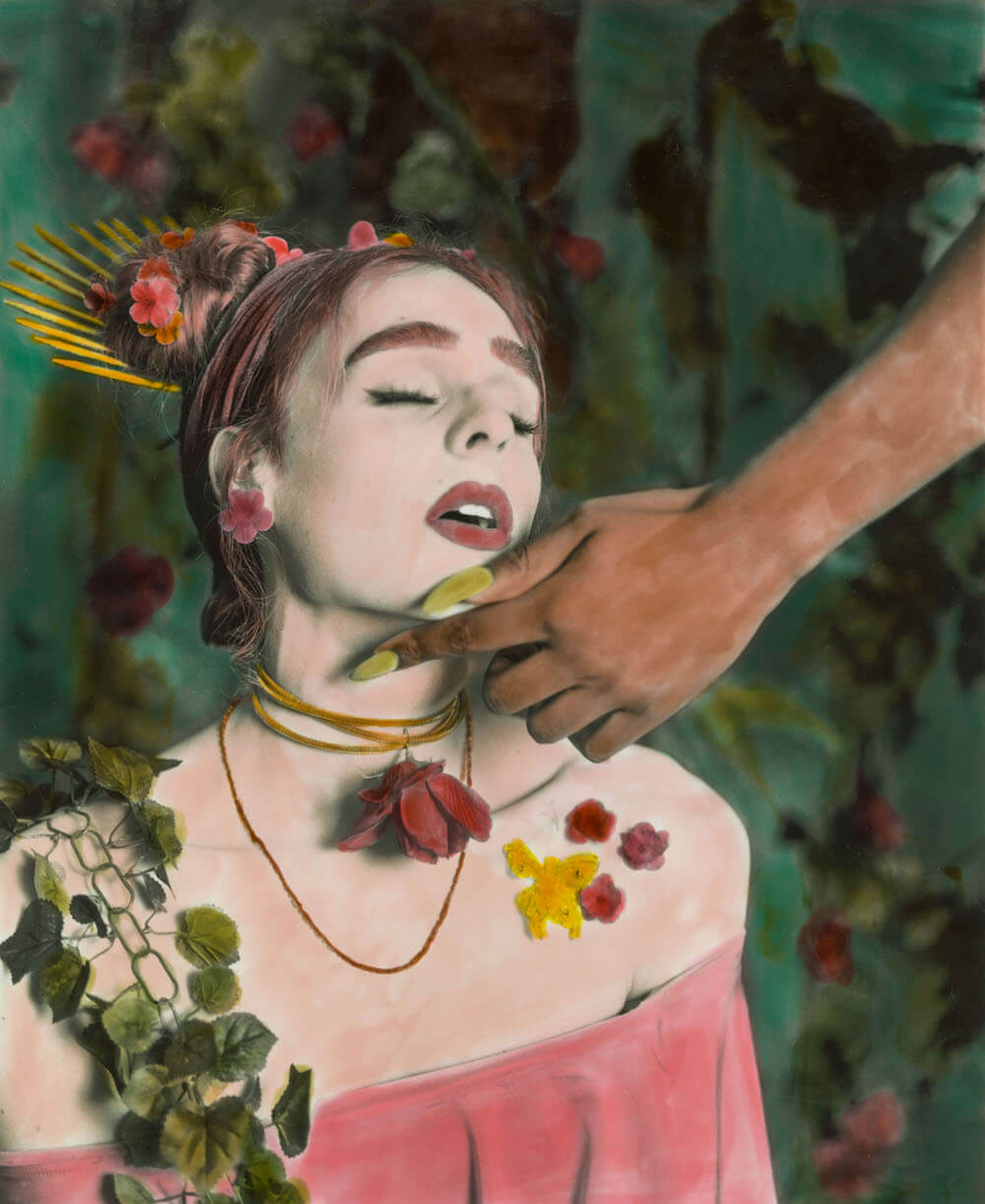 Not content to simply imagine a version of this story with queer protagonists, Fischer wanted to alter the message of the story itself. The photos, which feature an all-trans cast, brilliantly imply that God cursed humanity with gender as opposed to Sin as the Bible originally says.

In the photos, Marie Snider and Fischer pose coquettishly as the biblical couple, sometimes with melodramatically distraught looks on their faces while Atlanta drag performer Mystery Meat lurks in the background as the snake. Savana hand-painted the images, giving them a storybook quality and emphasizing the surreal beauty of the queer experience. 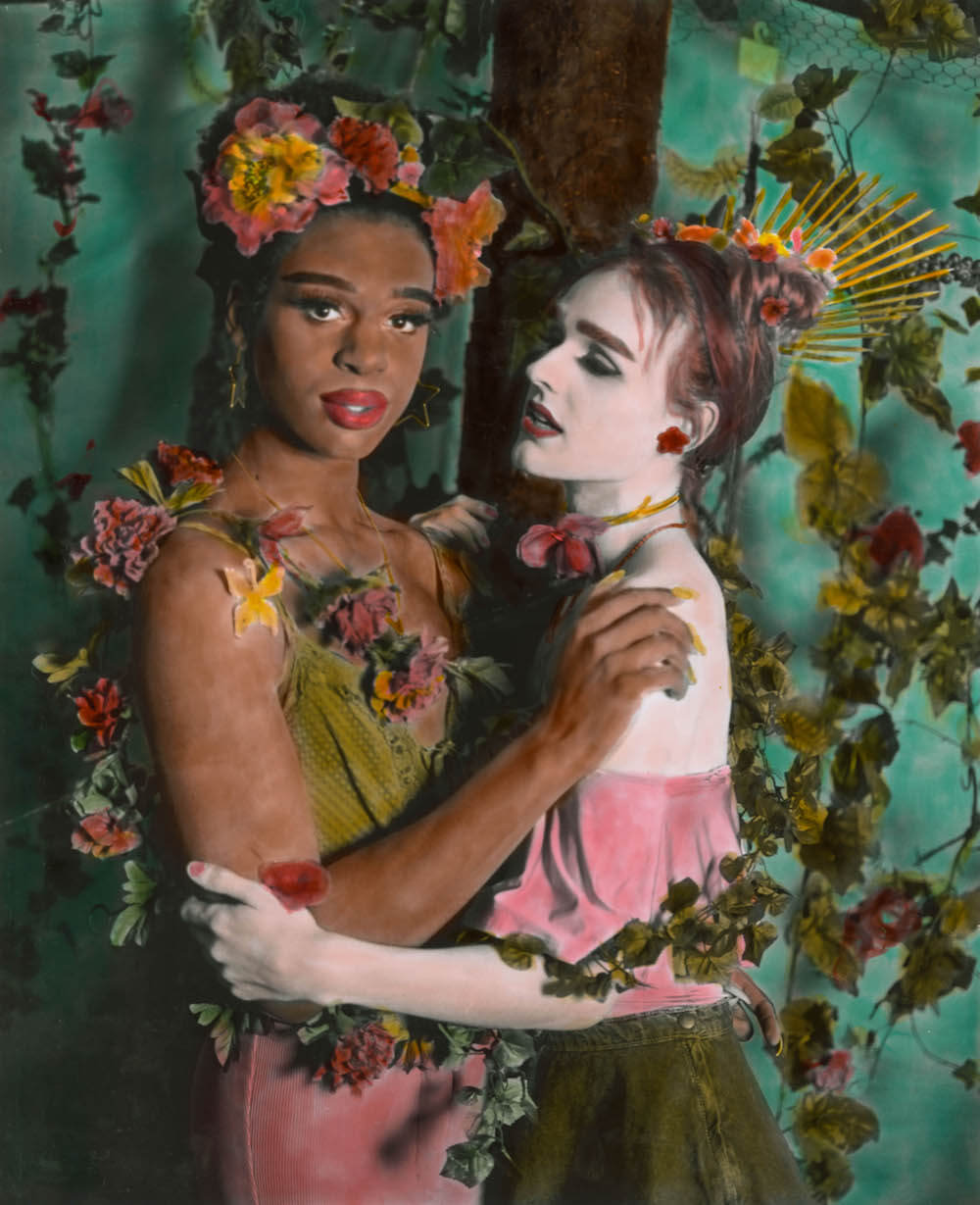 For all their radical intentions, the photos don’t feel intentionally provocative. Why should they? Trans and queer people aren’t trying to get a rise out of conservatives but simply live their truths. They exist in the world, and should be woven throughout the stories we tell about the world as well.

“Who says Adam and Eve weren’t two trans folks frolicking in the Garden of Eden, beating their faces, and braiding each other’s hair?” Fischer says. Who says, indeed.

Check out the rest of the images and Fischer’s full essay below. 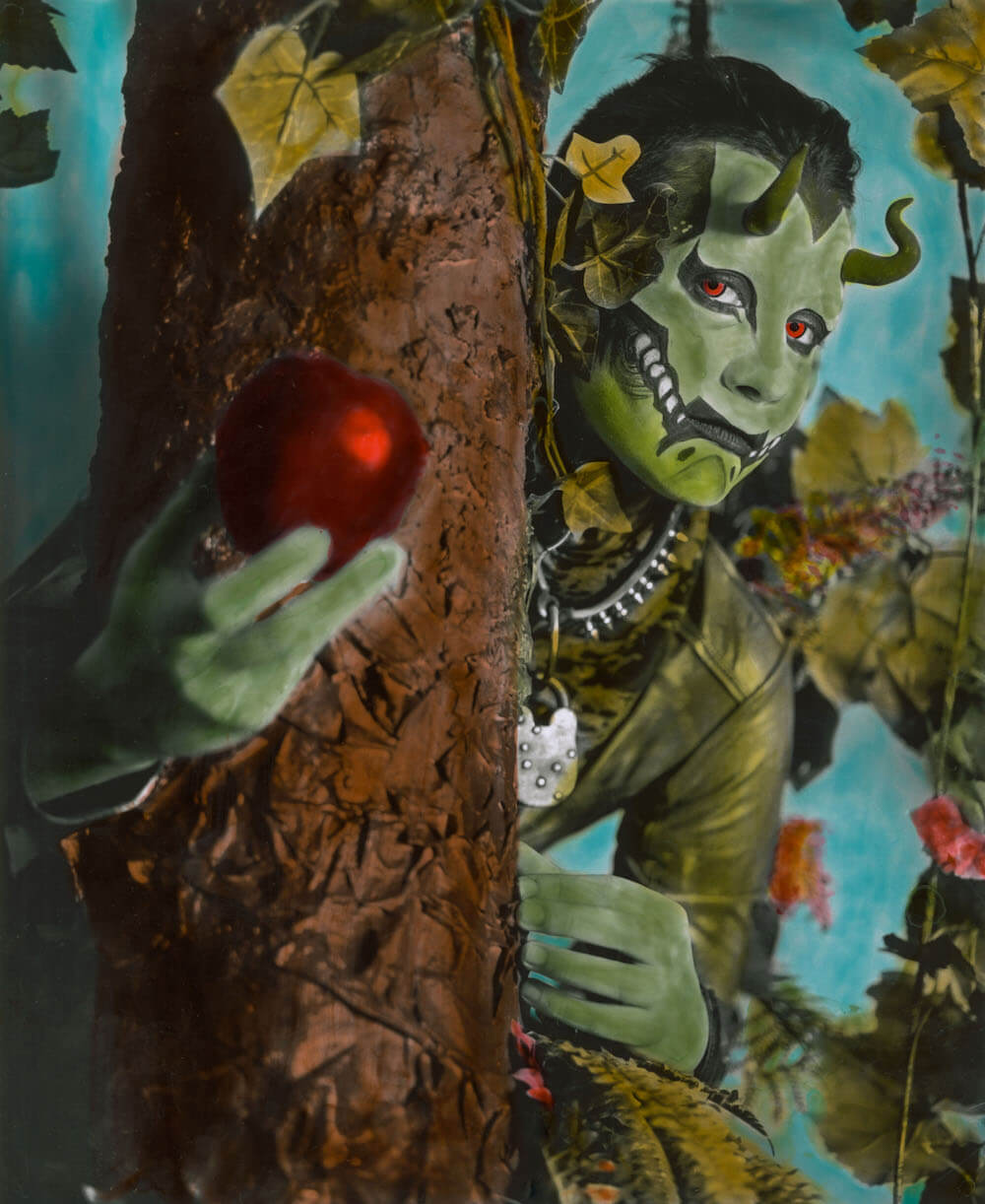 It is no secret that our society is stuck in its traditional ways. We are driven by cisnormative narratives that are meant to guide us in love and in life: Romeo and Juliet, Beauty and the Beast, Adam and Eve. We are conditioned to aspire to the conventions displayed in these stories, as they are socially accepted as lessons of morality. These tales serve as the blueprint for how the way things “should” be and are meant to teach us about the world around us.

But all of these faces look the same. All of these stories promote the value of commitment between two white, cisgender, heterosexual people. All of these fairy tales subscribe to an idea that doesn’t cater to more than half of the U.S. population: that to be successful, you must be white, cisgender and heterosexual. The American English lexicon is ridden with cissexist, close-minded views of the reality of our world. The idea of a normal, happy life for trans people is almost never conveyed in the media. In fact, the idea that trans people deserve to be pushed to the forefront of contemporary media is seen as a direct threat to cis people’s comfort. In short, it’s time for society to transition.

Don’t get me wrong. We are making strides as a global community to decrease stigma towards LGBTQ+ individuals and increase the amount of representation we see in our day-to-day activities. However, I wouldn’t say we’ve reached our “kumbaya” moment. The inspiration for this photoshoot came from the denouncement of societal norms. So often, transgender and gender non-conforming people are outcasted in the name of Christianity. I cannot count the number of times I’ve been told that my lifestyle is “not of God.” The exclusionary attitudes of these people who preached “love thy neighbor as thyself” in church every Sunday, baffled me. How could these people be so oblivious to their hypocrisy? How could they be so aloof? 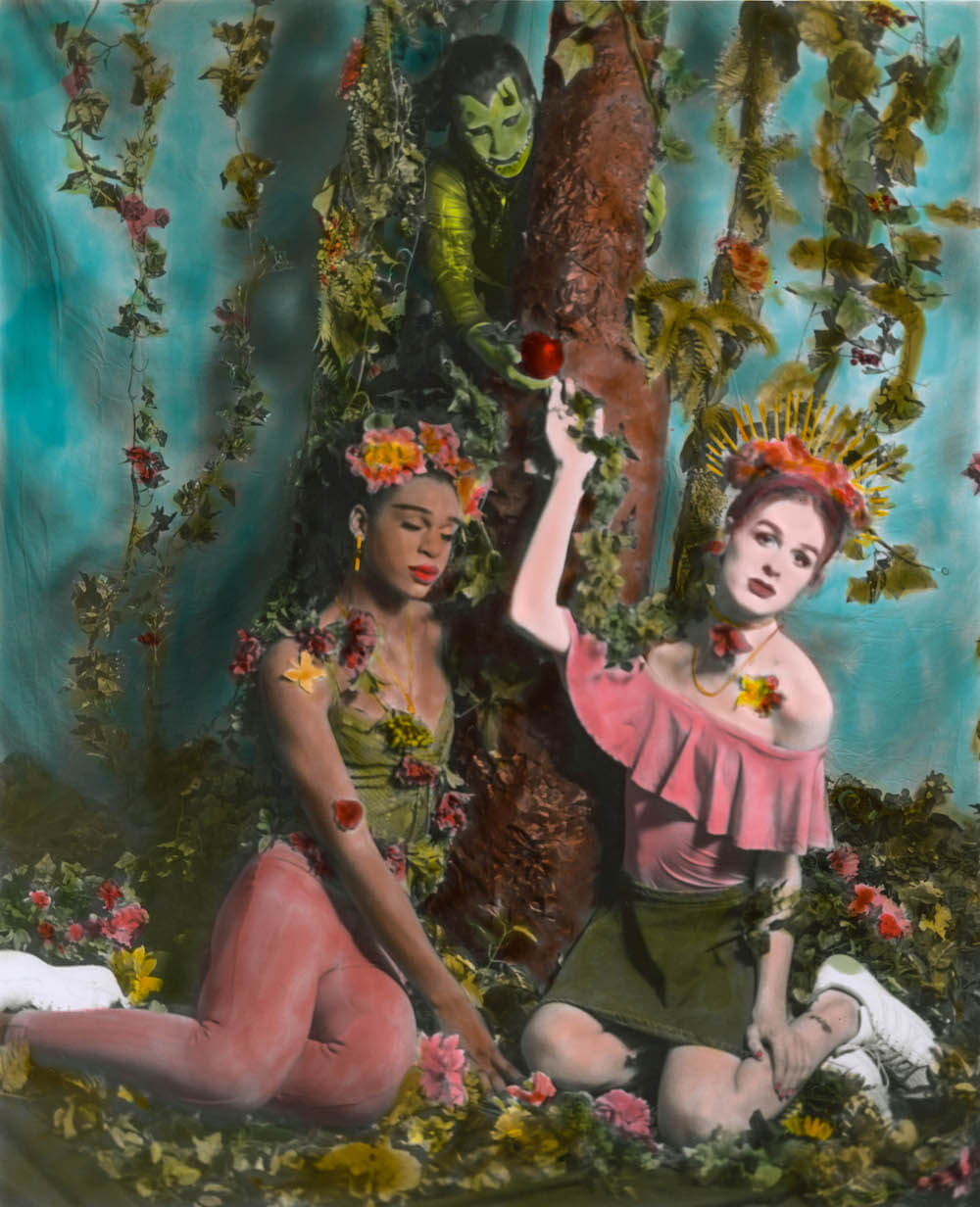 Playing with gender stereotypes, these images beg the question, “Who says Adam and Eve weren’t two trans folks frolicking in the Garden of Eden, beating their faces, and braiding each other’s hair?” The apple given to Eve by Satan could have held the knowledge of gender hierarchy and sexism, you know. And who’s to say that Adam wasn’t the one who took the infamous bite that doomed all of humanity, and just put the blame on Eve? I’m just speculating, of course, but speculation fills the pages of most of the books we covet as a society, the Bible included.

All in all, trans people deserve to be represented in all aspects of the media, be it fashion, music, literature, politics, medicine, and more. We deserve to feel at home in the communities and religions we have been a part of since before our transitions. We deserve the right to not only flip the script, but throw the script away and write an entirely new one that includes people from all walks of life. As the days go on, I can only hope to see progression and more positive changes.