Over the last year, survivors of sexual assault have shared their stories in hopes of creating a long overdue cultural conversation of culpability. The statistics are shocking enough: one in six women are victims of attempted or completed rape in their lifetimes. Research shows another person is assaulted every 98 seconds.

That’s a lot of lives affected by sexual assault. And without a society-wide acknowledgment of the epidemic, advocates and non-profit organizations were battling for a large portion of the population who didn’t want to talk about it for fear of stigma, retaliation, or the inevitable triggering painful thoughts or memories could bring. Yet in 2018, with more and more survivors forcing the tough conversations and reparations from those who have continued to retain their positions of power, a reclamation and a reckoning has finally begun. Now, discussions on power dynamics, consent, and respect are being had across industries and inside homes.

Which is why a few months ago, Sierra Dowd felt compelled to create the 98Society.

An entrepreneur with a background in both lifestyle brands and non-profits, and a survivor of childhood sexual abuse, Dowd says she woke up in the middle of the night with an idea inspired by the Me Too movement.

“What came to me that night was just this notion of creating a community through apparel of sexual assault survivors,” Dowd tells INTO. “Of course I didn’t have everything figured out that night, but overlaying in some way educationeducating this society about the issue itself because in my head I’m like, ‘Okay, Me Too is amazing, but what’s next? Now hopefully the world understands the gravity of the issue but what action is going to be taken next?'” 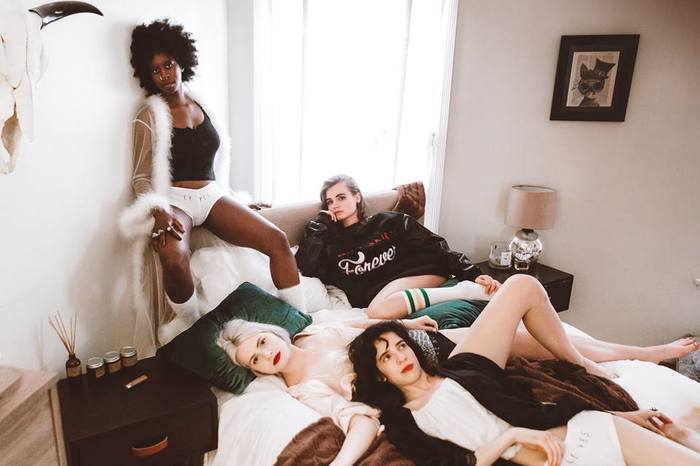 Dowd, a former co-founder of the anti-bullying initiative Be More Heroic and Director of e-commerce partnerships at BeautyCon, said she wanted to challenge what a social enterprise brand could be. The idea for 98Society (named after that aforementioned statistic) was to create clothing that carried a message, both on the outside and a secret one for the wearer sewn on the inside.

“There needs to be a message on the inside just for that person wearing it because again, it kind of represents the weight that so many, I mean millions of people carry across the country that goes unspoken about, unspoken of,” Dowd says. “So those hidden messages represent you know this quote not so secret society of people that have experienced this trauma and it’s just a reminder because anything can be a triggeranything.”

Inside each item are phrases like “You are enough,” “warrior,” or “you are not alone.”

“Those messages for me as a survivor just really spoke to me, and they’re things that I have to remind myself of of going through my phases. And even years later, again, when I get triggered by certain things,” she says.

The public-facing designs also speak to assault, but in a less obvious way, Dowd says.

“I did a lot of research on what’s out there right now, what other non profits are doing, and there are a lot of amazing other graphics T’s out there that very clearly, very transparently say “Survivor,’ ‘Me Too,’ ‘Fuck you, you need consent’very strong worded statement T’s and I knew that I personallythat’s not something I would walk around wearing,” she says. “I am very opinionated and vocal and not scared to talk about my trauma, but I also wouldn’t necessarily walk around with a T-shirt like that. So I wanted to create something that was ambiguously related to sexual assault in some way or another.”

The first line of items includes a letterman’s jacket that says “mini-skirts forever” on the back (victim blamers be damned), a white and black panty duo with one pair reading “le yes” and the other “le no,” respectively, and a long-sleeve black T with E.R.C. on the collar, an acronym for End Rape Culture. On the back of that long-sleeve T are six full red roses, and one wilted in the center, representing that one out of six statistic.

98Society is not about hiding in secret or shame, but empowering survivors and allies in their everyday lives.

“There’s this massive society of predominately women and some men walking around that have experienced this trauma, whether it was childhood sexual assault, whether it was rape, whether it was sexual harassment or sexual assault at work,” Dowd says. “There’s so many people that have experienced this walking around and it’s like this underground secret society of people that just don’t talk about it and carry this weight with them. … I just wanted people, when they are wearing 98Society pieces, to have that reminder, like, ‘I’m not alone.'” 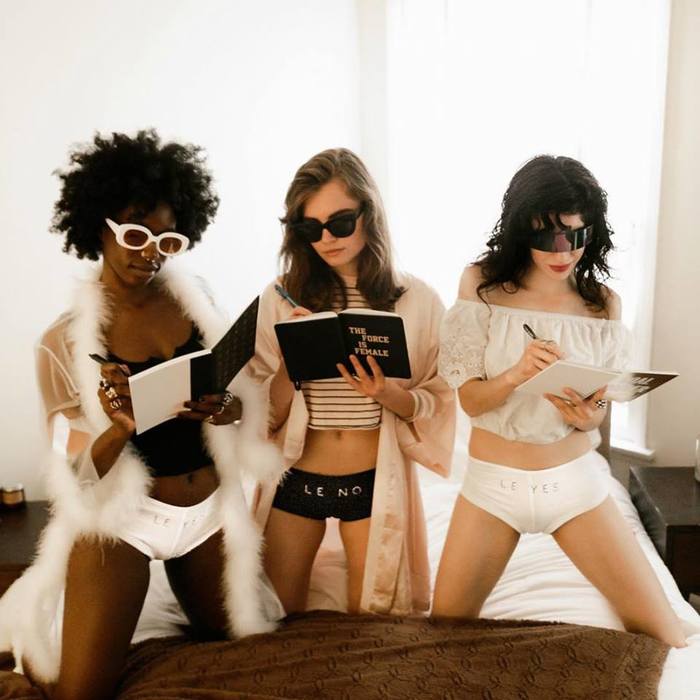 As a queer woman of color as well as a survivor, Dowd wants to make sure 98Society is inclusive and welcoming to not just cis women who have been affected by assault.

“It’s important for me for the LGBTQ community to feel comfortable knowing that this is not only a woman-owned business, but a queer-owned business, and I do understand and want to best represent this community as it pertains to sexual assault and sexual assault awareness,” she says, noting that her site shares stories from survivors and of perpetrators of all identities. “I think what’s really actually devastating about the issue isOprah is the one who actually said it is in one of her speeches during the Oscarsis that this particular issue doesn’t see sexuality, it doesn’t see race, it doesn’t see religion. It really is something that happens to so many people.”

“I do think that the LGBTQ community is underrepresented in this issue,” she continues. “And I think it’s because from what I’m seeing and the conversations and stories that I’ve had with those within the community that have been so kind to share them with me, that it’s harder for people to understand. If you’re a woman and another woman is harassing you or assaulting you, how do you not have the power to stop them? Often times the hetero complex is ‘Well, it was a man, he was big, I couldn’t get him off, he had physical control over me’and so it’s really difficult for society to see that this, too, can actually happen a same-sex partner.”

Part of the proceeds from 98Society are going to Darkness 2 Light, a non-profit that works to help end childhood sexual abuse. The philanthropical aspect is just as important to Dowd, who knew sharing her personal struggle would be a scary part of the process, but integral to finding trusting, loyal consumers who share her mission.

“A huge part of me starting this is because I am a survivor and I do understand the trauma, but another huge part of it is as a businesswoman I want to again challenge what it means to be a social enterprise brand that carries the obligation of addressing a social justice issue that has so many complex layers to it,” Dowd says. “So I decided this isn’t about methis is about the community at large that have experienced this.”

The process, though difficult, has been healing, Dowd says, specifically in the sharing of stories with other survivors whose experiences can be as different as they are similar to her own. That healing camaraderie and understanding is worth the awkward conversations with potential investors or in other business related ventures, as Dowd says some people still find it difficult to talk about sexual assault.

“One of the biggest goals of 98Society is to break down the stigma around sexual assault so that people feel more comfortable talking about it,” she says. “It is so taboo still, and we want to break those stigmas down so it’s not so taboo. … I’m going to push the envelope and it will make people uncomfortable sometimes, but that’s a part of breaking down the stigma.”

Dowd says future plans for 98Society include pop-ups at places like music festivals where sexual assault is pervasive, and education or support is lacking. She also wants to help bring better sexual education and consent discussions into educational spaces and curriculum, where she hopes conversations will shift to be less about the victim having to protect themselves and more accountability and ownership for possible perpetrators.

“I’m so tired of ‘Girls cover your drinks!’ ‘Bring a buddy with you when you walk home!’ ‘Don’t wear this!’ Those aren’t solutions,” she says. “So our goal is not to provide further protection for women by telling them to not do certain things. My goal is to actually try to further out how we can shift society into a zero tolerance culture where consent is the number one concern when it comes to sex.”