Amy Rose Capetta’s next year and a half will be hectic. Her five upcoming books (two in The Brilliant Death series; two in the Once and Future universe, an Arthurian space fantasy co-written with her partner Cori McCarthy; and The Lost Coast, a novel about a group of witches) all have queer protagonists. In a country where just last week the administration suggested trans people could be written out of existence, Capetta is doing everything she can to take up space. She’s the voice we need to guide us through these horrific times, a shining reminder of the strength inherent in being queer.

The Brilliant Death, a story about the distance one will go for family and love, takes place in Vinalia, a magical version of 19th-century Italy. Teodora DiSangro is a strega (magical person) in a house that hates magic. When her father is poisoned by the Capo, the new leader of Vinalia, Teo has to represent her family in a meeting at the capital. But girls can’t be heads of family. With the help of Cielo, a strega who can fluidly shift between genders, Teo has two days to learn the magic she needs to rescue her father, and possibly all the stregas in the land. Teo and Cielo’s gender journey makes this book the queer gem we’ve been looking for. Their story is one of glorious self-acceptance standing in stark contrast to our present world that so frequently erases queer stories and lives.

INTO talked to Capetta about The Brilliant Death, gender, and chosen families.

INTO: I’ve known a lot of queer young adult authors who won’t write anything but queer characters, and I have known some who don’t prioritize it as much. From what I can tell, your first books did not have queer protagonists and your recent ones do. Is this intentional and a response to the current administration?

AMY ROSE CAPETTA: It’s not intentional so much as I think I was writing my way into my own queerness in those first books. It’s interesting because they are by far the most straight-passing of the books that I’ve written, but the main character, who is a human girl, falls in love with a masculine alien whose other half is a feminine spaceship, which is not the straightest thing ever. It might not be strict queer representation, if we’re talking about who identifies and says on the page what they are, but it’s also not super straight. By the time I was done writing those books, the only characters I wanted to keep writing about were the queer ones. I was so invested in their relationship and their love story.

Plus, my life was changing – I had just fallen in love with a very wonderful person. I had been out to friends and family for a while but I felt like I needed to be fully out in my writing and always be prioritizing the characters I wanted to see in books, which was, and has been, queer characters. The thing that changed in my writing, in response to the current administration, is that it got even MORE queer and I got more loud. I talk more boldly on the page about queerness now. I’ve expanded from one or two queer characters to often writing full queer casts. There was such a long time when LGBTQ folks weren’t allowed to add their stories to the canon, and while I’ve got a chance to tell mine, I’m not going to step down. While there are queer young people who need to see themselves reflected in the world, and other readers who need to see us as part of it, I’m not going to hedge my bets or be quieter. In fact, I’m going to do the opposite.

There are so many lines that do such a gorgeous job of personifying the very complicated feeling of being non-binary. I’m thinking specifically of when Cielo says that both ‘she’ and ‘he’ pronouns “feel a bit like coats that are too tight in the elbows” (74). Is there some part of you hoping people who do not understand the concept of transness will read these lines and feel more empathy for people living outside the gender binary?

Absolutely yes. I wanted to get into those little pieces of nuance that I talk about with my queer friends all the time, but I’m not sure other people have those discussions. So they don’t have a way of seeing it or feeling it. When we empathize with a character in a story we really get to feel and experience who they are. I think it helps us understand. For me, I was like – I’m going to put these gender feelings in here. I’m going to do it because I need that story. And to be able to see non-binary characters who are different. I didn’t want it to seem like there is only one way to be non-binary. That was very important to me. I do use she/her pronouns personally and they’re fine. I haven’t found a pronoun that would work better for me but that’s not me saying that those words always feel perfect. 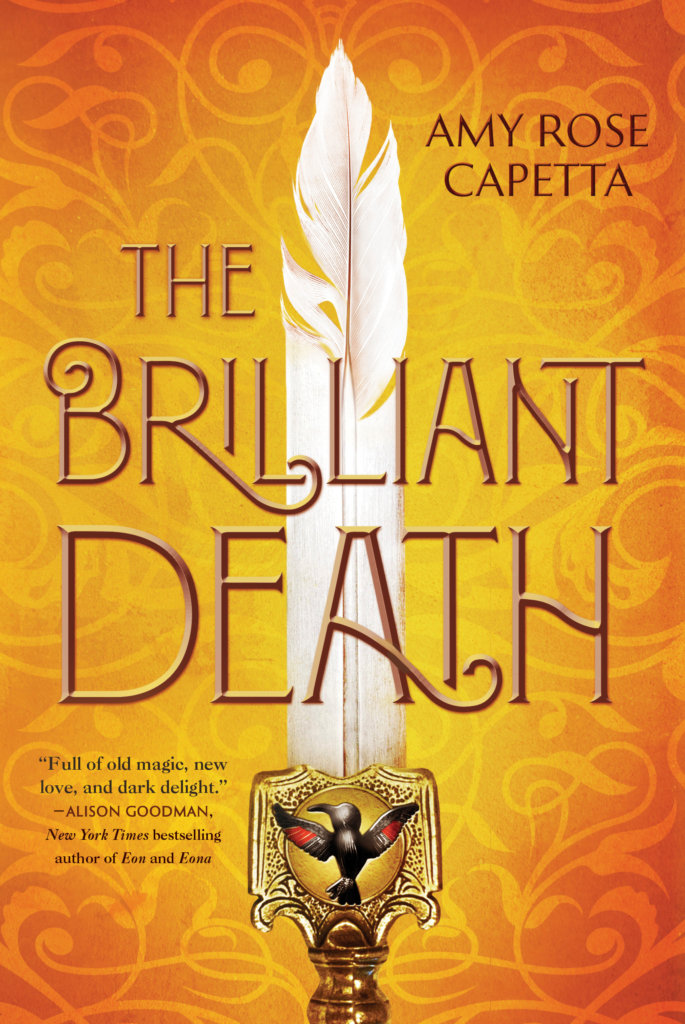 It was so interesting how, as Cielo’s outside presentation changed, so did the pronouns used. But even then, you frequently defaulted to just calling them “the strega” without any pronouns. In fact, for much of the book it was unclear what gender they were assigned at birth.

For me, it was important to not put weight on Cielo’s assigned gender at birth, because I didn’t want people to too quickly narrow down their understanding of who Cielo is. I do think sometimes, for some people, they will use that information to try to simplify the character or default to thinking of them in a binary way. The truth is we don’t know the assigned at birth gender of most people we interact with in life, we just assume we do. So I didn’t want to foreground that information when Teodora meets and interacts with this amazing, wonderful, magical person. My partner, Cori, was a huge inspiration for this book. I knew I always wanted to write about where my family came from with all the Italian history and the transformation magic of the folktales. But the story didn’t come together until I had Cielo, who is very much based on Cori. When I was writing this book I was having a really hard time getting started, so they would ask me to write the next chapter and then I’d come back every night and read it to them. It felt like unfolding a fairytale. 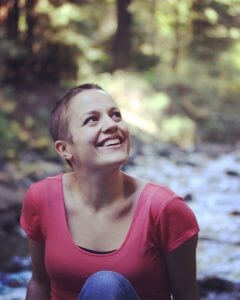 There’s a scene where Cielo is telling Teo to honor wherever their gender journey takes them and to deny neither side – male nor female. Do you think because of the very binary nature of the world the more liminal spaces are often perceived as transitional and not valued as their own truth?

Yes. I get into that a little bit more in the second book because Teodora is most comfortable in a space that is less gendered overall. In terms of just writing my own truth, that is my most comfortable space, as well. Which, to many people, is a liminal space that is seen as either non-existent or being a transition moment. But for me, it is the most happy place. So I wanted to honor that. With all love and respect for people who are going through a journey from one end of the binary to the other, I wanted to show there are lots and lots of stops in between or even outside of. It’s an exploded diagram of gender; it’s not just a line you have to walk.

Okay, I’m going to cry a little. When I wrote that ending, I knew Teo was starting a story that was really hers for the first time, and no longer living out a fate that had been assigned to her at birth. I don’t know that I thought about it in terms of queerness in an overt, intentional way, but now that you’re saying it that’s really perfect. I feel like you just encapsulated that better than I ever could have. Thank you and yes.

Amy Rose Capetta’s The Brilliant Death is available where books are sold.